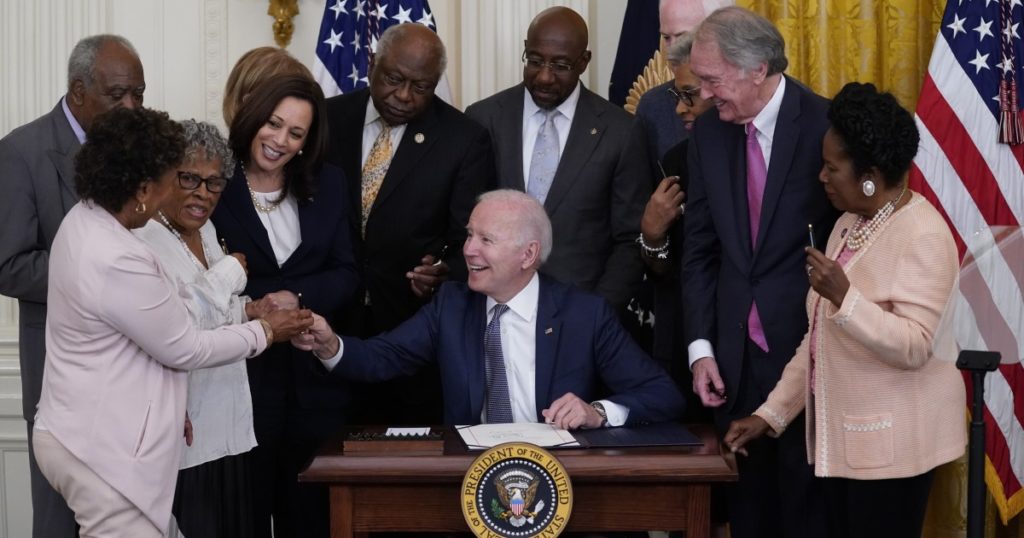 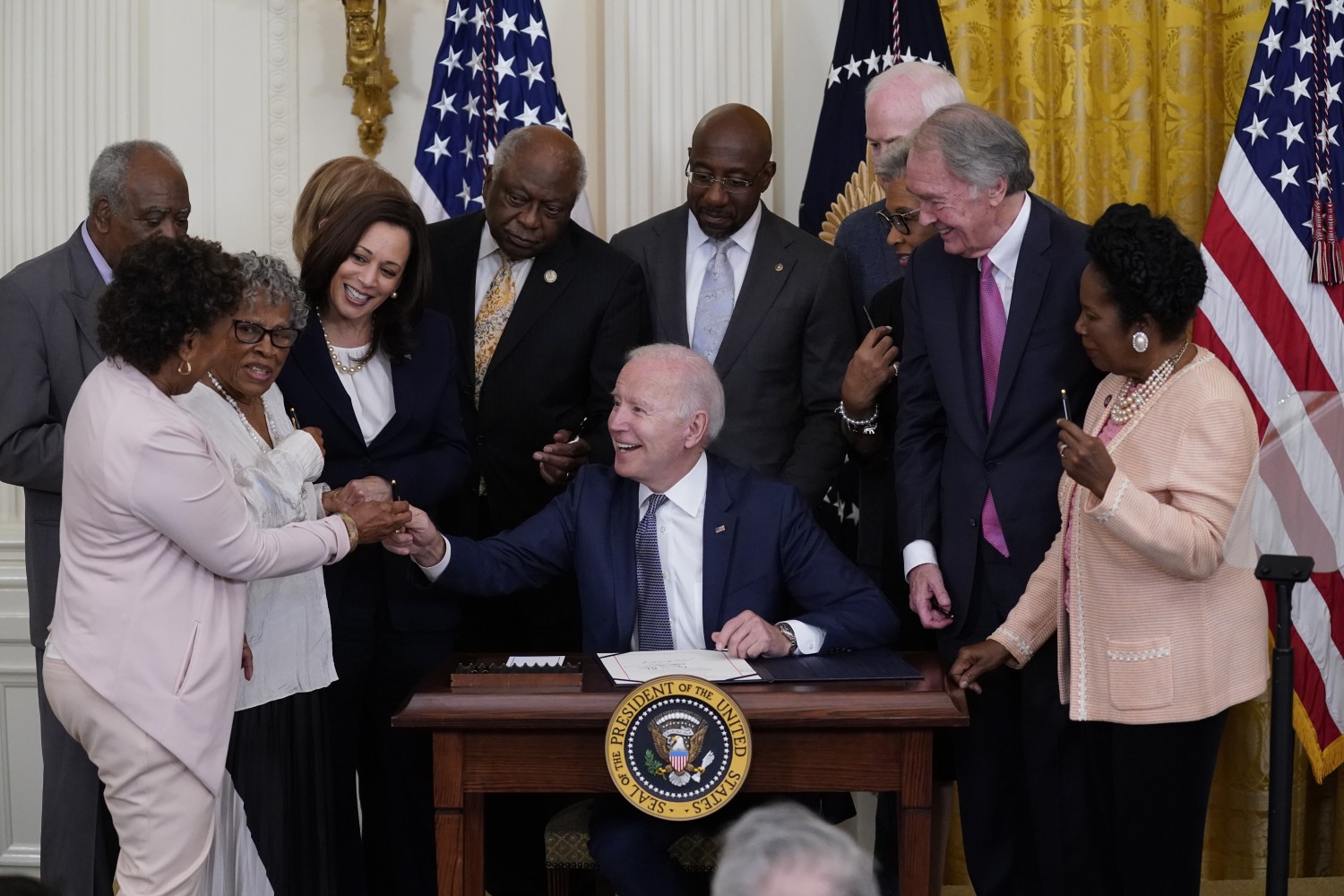 It is no small feat in this highly partisan era that politicians, who cannot agree on a commission to study the deadly Jan. 6 Capitol insurrection or what should go into an infrastructure bill, came together to create a holiday commemorating the moment people in Texas learned the emancipation had finally come.

On Thursday, the nation’s first Black vice president, Kamala Harris, spoke ahead of the bill’s signing, highlighting the significance of the new holiday and the misconceptions surrounding it.

“Let’s be clear about what happened on June 19, 1865. The day we call Juneteenth. Because you see, that day was not the end of slavery in America,” she told lawmakers and advocates who have long pushed for the federal recognition. “On that day, the enslaved people of Galveston, Texas learned that they were free ….”

As Harris noted, most Americans don’t actually know what Juneteenth is, and what it is not.

The holiday is about the moment on June 19, 1865, when Union Maj. Gen. Gordon Granger told Texans that the Civil War was over and shared news of emancipation, reading aloud an order declaring “absolute equality of personal rights and rights of property between former masters and slaves.”

After all, news of Gen. Read also : California legislators defend Hawaii trip amid COVID-19 surge. Robert E. Lee’s surrender in the Appomattox Court House two months prior had traveled slowly, so, when formerly enslaved people finally got the news, they deemed it proper to celebrate the moment.

It was an iconic one for many Black Texans, said Brandon R. Byrd, a historian at Vanderbilt University. And the celebration t became increasingly popular over the decades. As Black people migrated from Texas to neighboring states, so did the holiday, Byrd said, and as they continued their migration northward during the early 20th century, it became known nationwide.

Byrd, however, said that people should be cautious about elevating one date as the end of slavery. 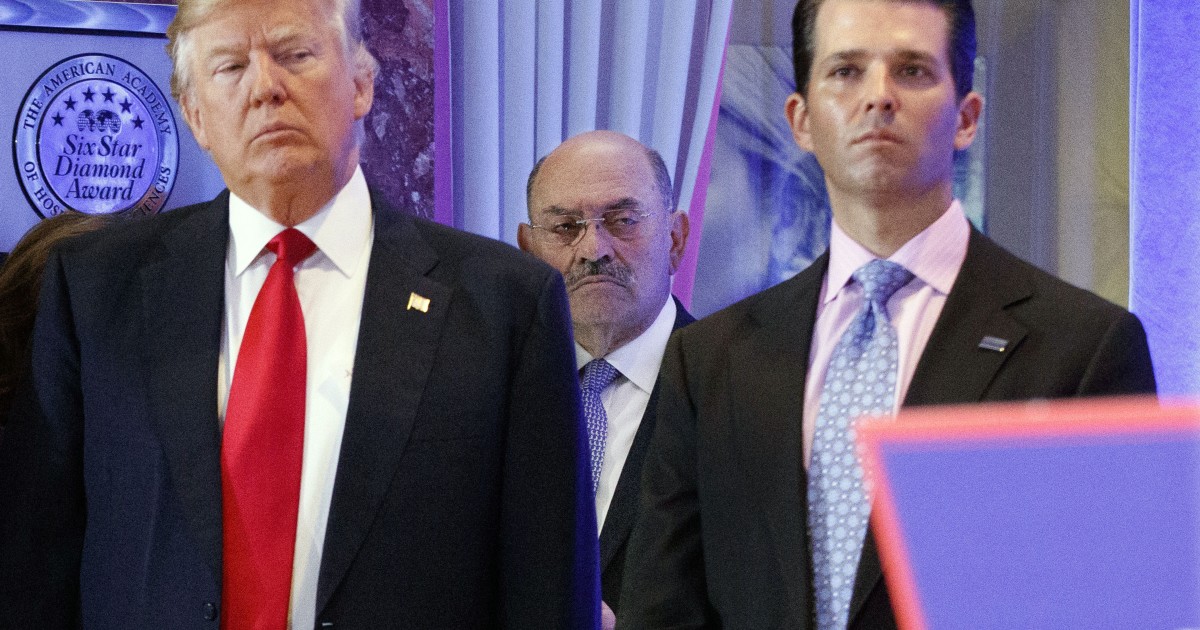 Why emancipation can’t be pinned to Juneteenth

Emancipation unfolded over time across this hemisphere. See the article : Trump and his enablers romanced mob that nearly defeated democracy. And Black Americans have long celebrated in different ways.

January 1 for Haitian Americans marks the anniversary of when their enslaved ancestors were emancipated. The first Black Republic’s Declaration of Independence came around 60 years before the American Civil War, after a slave rebellion bested the French army.. In the nation’s capital, April 16 is used to commemorate the day President Lincoln approved legislation that freed around 3,000 enslaved people and compensated former slaveholders for their financial loss.

And although slavery was officially outlawed by the 13th Amendment, a new kind emerged after the Civil War.

The amendment made slavery illegal “except as a punishment for crime whereof the party shall have been duly convicted,” but when Union troops left the South in the 1870s, lawmakers exploited its loopholes by criminalizing much of Black Americans’ existence, said Douglas A. Blackmon, a Pulitzer Prize-winning journalist and professor at Georgia State University’s Creative Media Industries institute.

“Statutes that made it a crime to be unemployed were rarely enforced on anyone except Black people,” Blackmon said. “Tens of thousands of Black people were charged and forced to labor for counties, white-owned business and white landowners.”

Full emancipation of those descended from enslaved Americans didn’t come until the 1960s, he added.

“We want history to move along in a nice neat chronological order but the struggle against racism has gone backward and forwards for decades.” 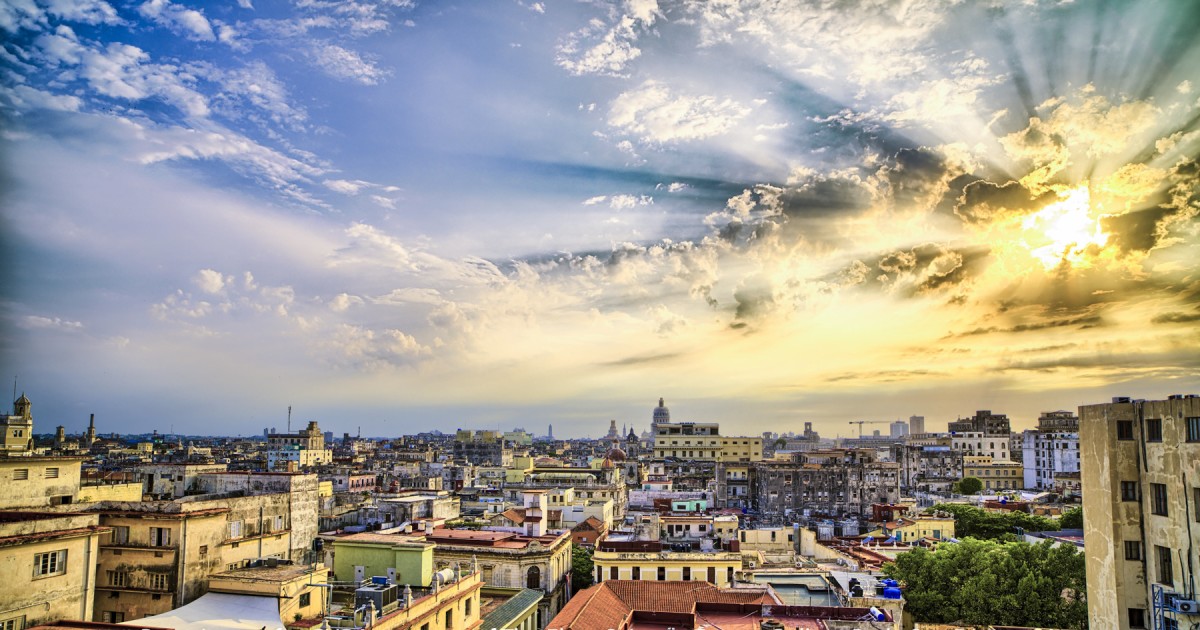 On the same subject :
Congress to assist victims of mysterious ‘Havana Syndrome’
WASHINGTON — Congress on Monday is expected to authorize financial aid to dozens of…

So why make Juneteenth a holiday now?

Texas in 1980 became the first state to make it a holiday. But Black activists wanted national recognition and have lobbied Congress for decades. Fort Worth resident Opal Lee, 94, who walked from her hometown in Texas to Washington in 2016 to bring attention to the cause, was present at Thursday’s signing ceremony.

Attempts by Washington lawmakers to make it a holiday stretch back to at least 1996, when U.S. Rep. Barbara-Rose Collin (D-Mich.) put forth a successful House measure.

“One of the unique things about last summer is that 25 million people marched and demanded not just an end to police brutality but also systemic racism … and discussed how it’s connected to American slavery,” Jeffries said. See the article : Column: What’s the matter with Kyrsten Sinema?.

Some protesters demanded police accountability, the elimination of the racial wealth gap and formally making Juneteenth a holiday, he said.

Some localities responded to the moment by passing legislation of their own to make Juneteenth a formal holiday. Last summer in Columbus, Ohio, for example, Mayor Andrew J. Ginther declared it a holiday. 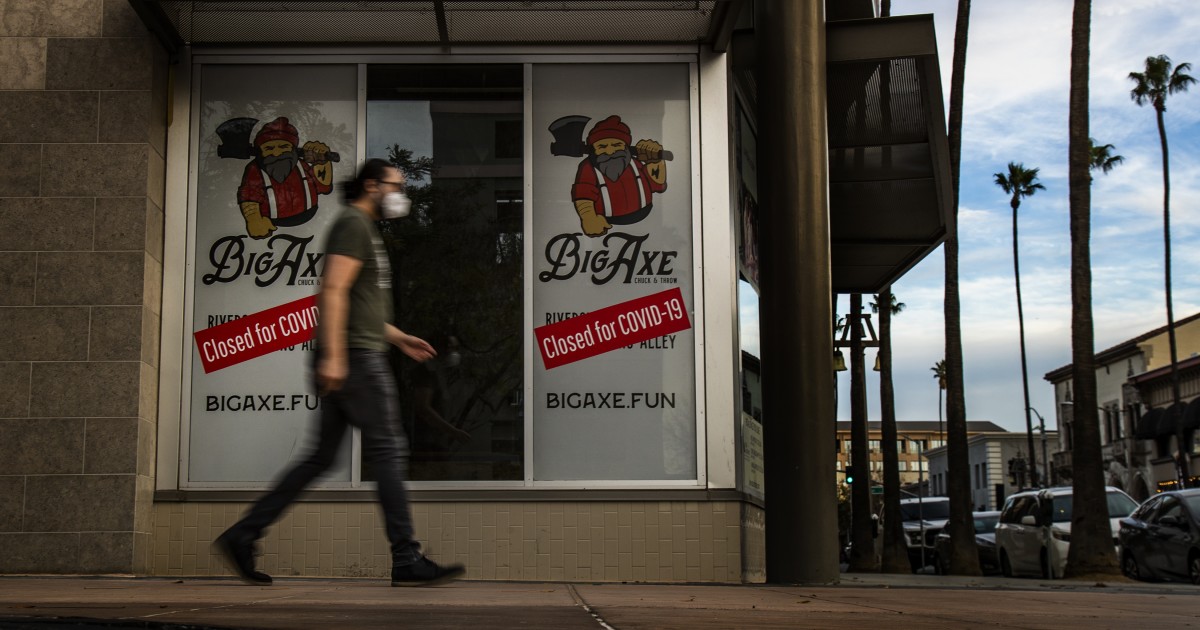 What Juneteenth means for Americans today

Creating holidays are “meaningful but it’s also modest,” said Jeffries. “The question is, what will Washington do beyond making Juneteenth a holiday?” .

“But for those who are serious, it becomes a point of entry to talk about America. We’ve never as a nation have never paused to do that,” he said.

“At the end of the day, what Black people want is equality,” she said. “A holiday is just a show.”

Carter also juxtaposed attempts at the state level to ban critical race theory, a framework academics have used for decades to analyze how laws impact people of color, with the creation of the federal holiday.

“You can’t create the holiday and then refuse to talk about and how Black people got here,” Carter said.

Juneteenth “doesn’t just celebrate the past. It calls for action today,” President Biden said before signing the bill.

Biden called on Congress to pass legislation addressing voting rights, Black homeownership and to study how reparations could solve the racial wealth gap.

“The truth is, it’s not — simply not enough just to commemorate Juneteenth. After all, the emancipation of enslaved Black Americans didn’t mark the end of America’s work to deliver on the promise of equality; it only marked the beginning,” he added.