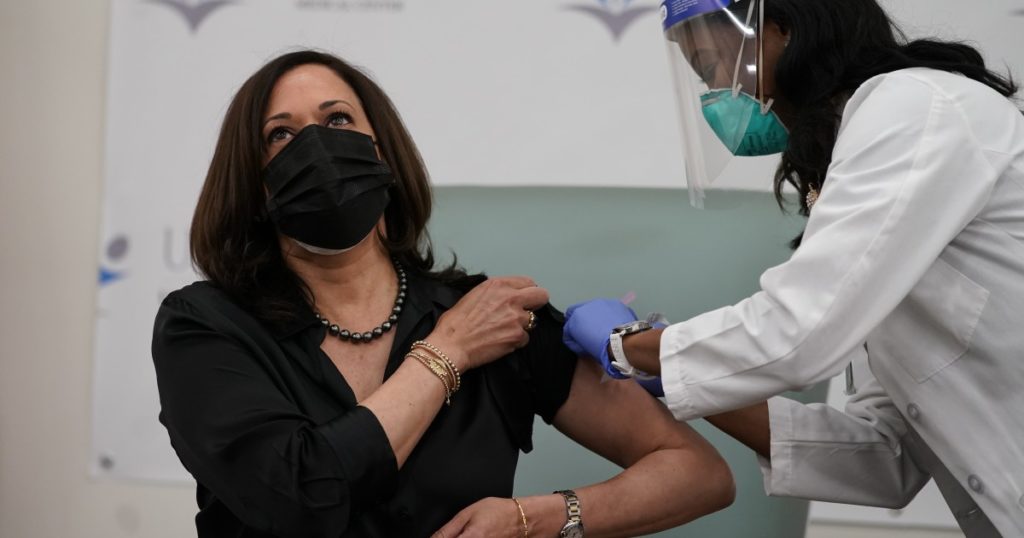 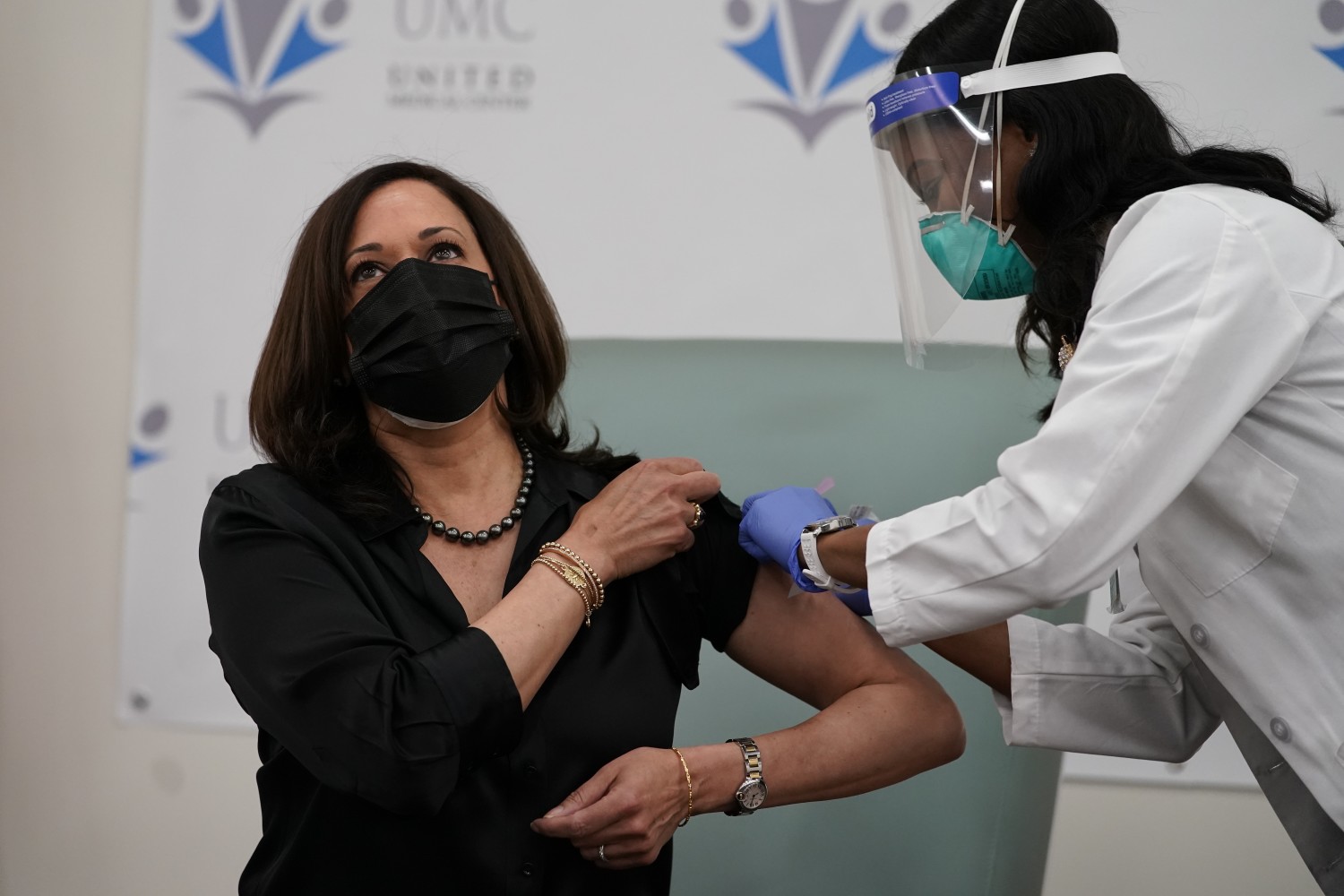 Vice President-elect Kamala Harris said she “barely felt” the COVID-19 vaccine shot in her left arm on Tuesday after she was inoculated with the first of two Moderna doses at a Washington hospital in the heart of the city’s Black community.

Harris said she deliberately chose the city’s only public hospital, United Medical Center, because it serves neighborhoods in the city’s Southeast quadrant that are predominantly Black, a population that polls show is distrustful of the vaccine.

“I want to remind people that right in your community is where you can take the vaccine, where you will receive the vaccine, by folks you may know, folks who otherwise are working in the same hospital where your children were born, folks who are working in the same hospital where an elderly relative received the kind of care they needed,” she said. Harris praised the nurse who gave her the shot in a small auditorium before reporters, hospital workers and administrators.

Harris, 56, is not in a high-risk group like President-elect Joe Biden, 78, who was vaccinated last week, or President Trump, 74, who has not been vaccinated but previously contracted the virus. As the first woman of color elected to national office, Harris saw the inoculation as an opportunity to help educate the public about the safety of the vaccines. Also, public health authorities recommended she receive the vaccine as the person who will be first in the line of presidential succession after she and Biden are inaugurated next month.

A Pew poll released this month found that only 54% of Black adults said they would definitely or probably get the vaccine if available, a lower rate than among white and Latino Americans (74% for both).

The low acceptance rate was reflected among people who work at the hospital where Harris was vaccinated. Just over 50% of the employees, about 500, have so far agreed to take the vaccine, according to Dr. William Strudwick, the hospital’s chief medical officer. That number has been increasing with education and the help of influencers within each department, he said.

Strudwick said he is hopeful that Harris’ public inoculation will “influence people in this neighborhood and convince them that it is safe and effective.”

Harris’ husband, Doug Emhoff, was also vaccinated at the hospital but did not get his shot in front of reporters.