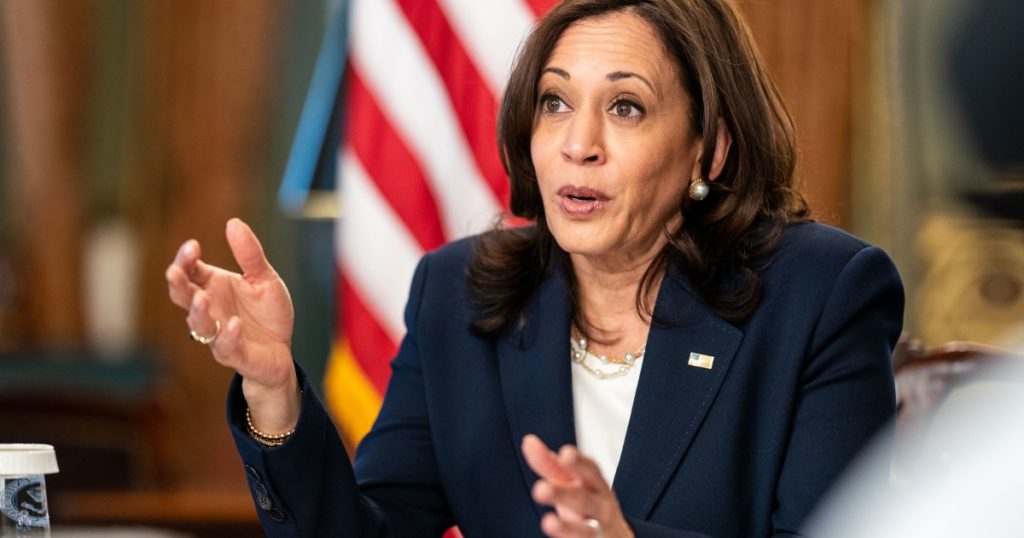 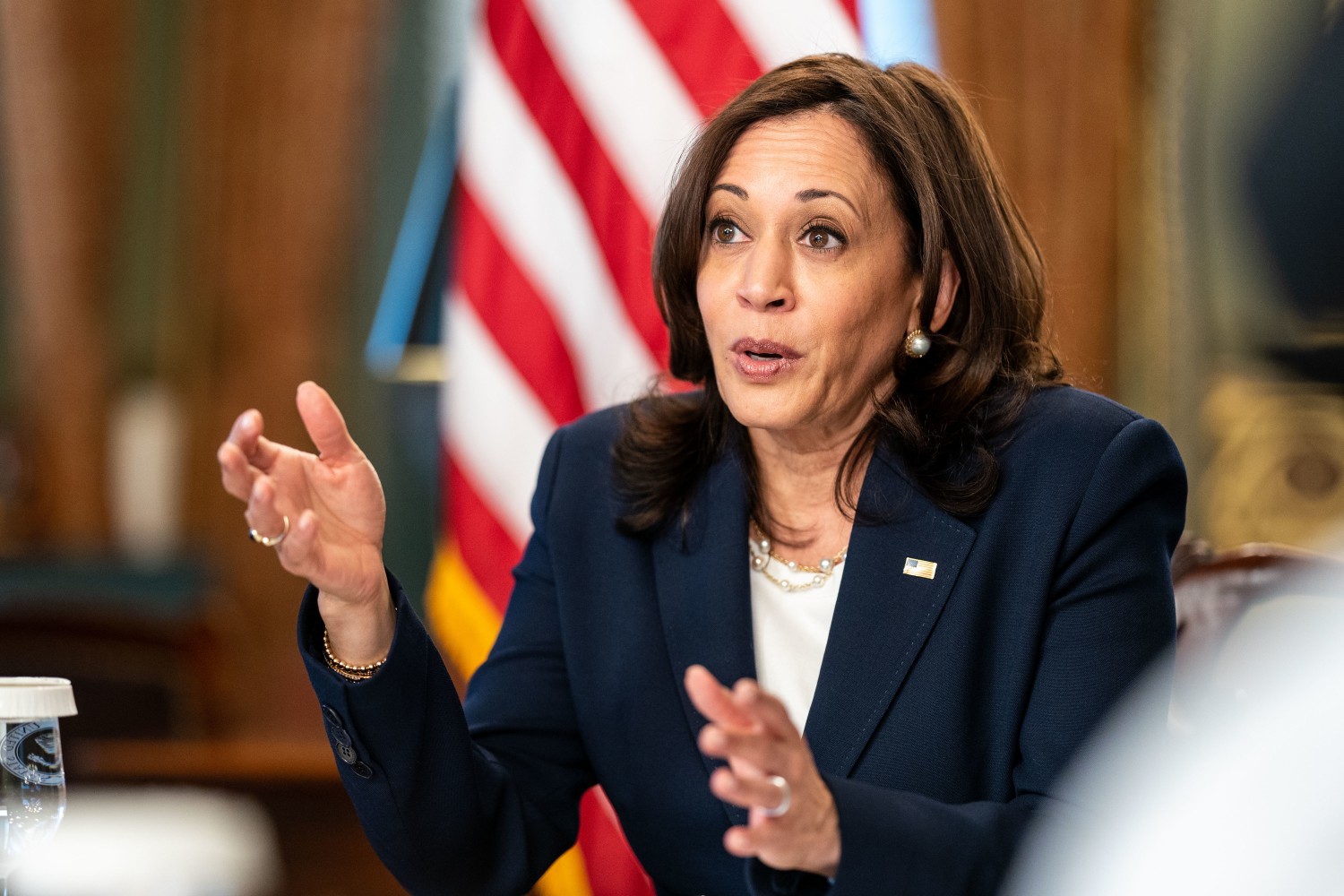 In North Carolina, Senate hopeful Pat McCrory vows to take on the “Harris-Biden administration” and thwart the vice president and Democrats “who want to radically change America for years to come.”

In Alabama, Jessica Taylor paints a dystopian portrait of “Kamala’s America” — conspicuously mispronouncing Harris’ first name — and promises to be “Kamala’s worst nightmare” if she joins the Senate.

In Texas, George P. Bush says he will eagerly “take the fight” to President Biden and Vice President Harris, who pop up several times — in menacing slow motion — in the campaign spot launching his bid for state attorney general.

Harris ran a lousy presidential campaign, which flamed out well shy of the White House. As vice president, she’s put her ambitions in a blind trust, assuming the traditional role of understudy and dutifully tending the portfolio given her by the president.

But to hear Republicans tell it, it’s not Biden but the former California senator who has her Chuck Taylors planted firmly in the Oval Office.

It’s an extraordinary amount of attention for someone who’s been in office a scant 174 days, less time than a Major League Baseball season, and who wields power only to the extent her boss allows.

Harris is, of course, a history-making figure: the first female, first Black and first Asian American vice president. She also comes from California (San Francisco, no less). Never mind that Harris, a former prosecutor, was deemed too centrist for the taste of many Democratic primary voters. To much of the country, that Left Coast pedigree suggests kooky liberal.

Biden, for his part, is precedent-setting in his own way. At age 78, he is the oldest president ever to hold office, making his health and well-being a constant source of rumor and speculation, with Harris the proverbial heartbeat away from taking over.

All those factors combine to make her a groundbreaker in yet another way: the vice president destined to launch 1,000 negative campaign ads. Most of her predecessors could have entered the witness protection program with few knowing or caring.

Ever since he emerged last year as the Democratic nominee, Biden has presented Republicans with a problem: People tend not to hate him in the visceral way they did Barack Obama, Bill Clinton or his wife, Hillary. For many Republicans, the worst they have to say is that Biden is “a doddering albeit nice old man who is not necessarily in charge of his own administration,” as one veteran GOP pollster put it.

Biden’s approval rating, which hovers in the low to mid-50s, doesn’t sparkle. But it’s quite decent given the country’s deep and persistent polarization; President Trump never once hit 50% approval in any methodologically sound poll.

Since it’s hard to demonize Biden, Republicans have tried another tack: diminishing the president. They suggest Biden is a mere puppet with other, more liberal Democrats pulling the strings.

Voters see her more negatively than positively, according to polls, and view her in a notably harsher light than Biden. Part of that is the nature of the vice presidency. The job, which is inherently subservient, can’t help but shrink whoever occupies the office.

Part of it is a concentrated Republican effort to paint Harris as the true power in the administration and hold her personally responsible for its “failed” immigration policy — one of the most thankless and knottiest assignments Biden has handed the vice president.

Some animosity obviously stems from the fact Harris is a woman and, in particular, a woman of color.

“It’s unfortunately no surprise that her qualifications continue to be questioned,” said Amanda Hunter, executive director of the Barbara Lee Family Foundation, an organization that seeks to boost the number of women in elected office. Repeated studies have shown that women, and especially women of color, are judged more severely than their male counterparts.

In Harris’ case, Hunter said, it’s even easier “to drive a wedge or question the qualifications of someone who doesn’t look like the people who have come before [her] for hundreds of years. Joe Biden not only had a long, established career in Washington, he looks like most” of the country’s past presidents.

The contrast between Biden and Harris is stark. (And part of what made her an appealing choice to help balance the Democratic ticket.)

Biden is not only a white male but one whose qualities — love of his close-knit family, a working-class background, religious devotion — are seen by many voters as “‘average’ American,” said Keneshia Grant, a Howard University political scientist who has written a book on black voters and the Democratic Party. “It’s difficult to argue against that in an ad.”

So it’s little wonder that Jessica Taylor, the Alabama Senate hopeful, virtually ignores Biden and puts Harris at the center of a spot that sounds as if it were laboratory-tested to start conservative hormones raging, as it mashes up “the woke police” cancel culture, the “fake” news media, voter fraud, critical race theory and welfare cheats.

(“God, grace and grit” is the tagline of the ad, which describes Taylor as a product of rural Alabama raised to love “God, guns, family, fishing and four-wheeling.” Clearly she believes alliteration is a major qualification for elected office.)

There is one consolation in the early and unusual barrage of attack ads the vice president faces. If, as widely expected, Harris seeks the White House again in 2024, or thereafter, she’ll be fully aware of what’s in store.