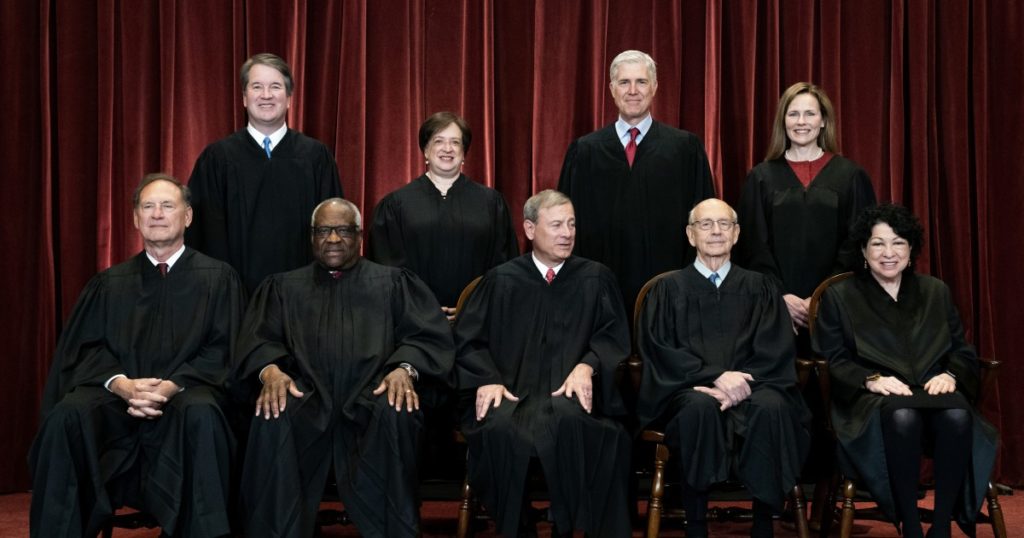 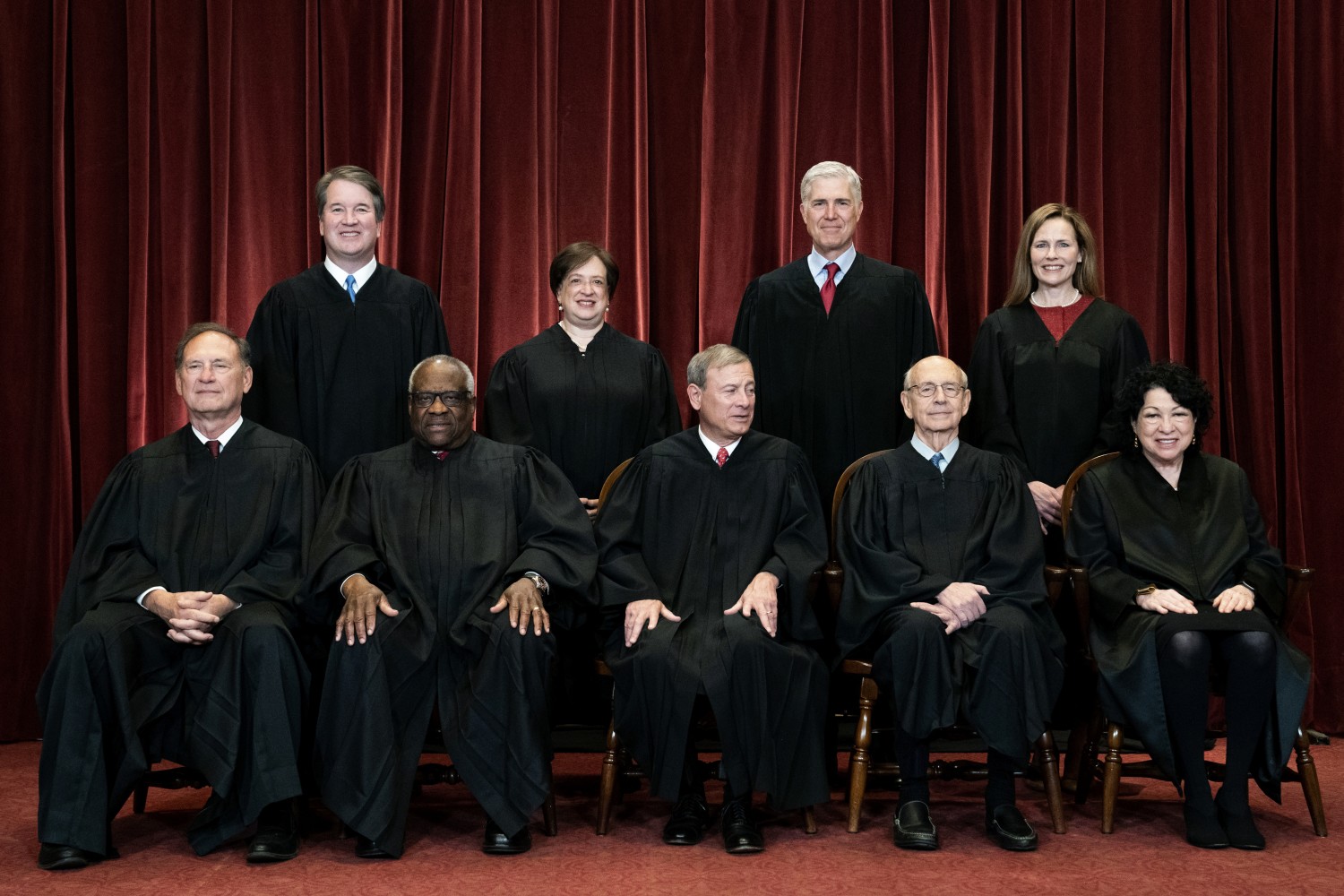 The Supreme Court is viewed favorably by a majority of Americans, including equal numbers of Democrats and Republicans, according to a nationwide poll conducted last month by the Marquette University Law School.

The poll came at the end of a year in which the justices handed down relatively few high-profile rulings. It also came after a year in which Justice Amy Coney Barrett succeeded Justice Ruth Bader Ginsburg, giving the conservatives a 6-3 majority.

Marquette said 60% of those surveyed said they approved of the way the court is handling its work, while 39% disapproved. This marked a slight drop-off from last year.

The Gallup Poll reported similar results last week, noting that public approval of the court’s work dipped about 10% from the year before.

“Bare majorities of both parties approved of the high court,” Gallup said. “The mix of rulings may have helped keep Republicans from viewing the court as a conservative ally, or Democrats from perceiving it as too ideologically extreme.”

Most Republicans and Democrats have a similar view of the court, said Charles Franklin, director of the Marquette Poll. “They see it as a center-right court,” he said.

But that could change in the year ahead when the court considers whether to restrict or repeal the right to abortion set in Roe vs. Wade and decide whether gun owners have a right to carry a loaded firearm when they leave home.

For the justices, the Marquette poll suggested that obscurity may be preferable to the bright public spotlight.

When asked about the 82-year-old Justice Stephen G. Breyer, 43% of those responding said they had never heard of him. He was nominated by President Clinton in 1994, won approval after a low-key Senate hearing and has served 27 years as a mostly reliable liberal.

His name was in the news in recent months because progressive activists were publicly calling on him to retire this summer. He in turn ignored the advice and will serve at least another term. Only 24% of the respondents knew enough about Breyer to rate him, and of those 18% gave him a favorable rating and 6% unfavorable.

By contrast, Justice Brett M. Kavanaugh was best known of the nine justices. Only 17% said they did not know him. Most of those surveyed (58%) said they knew enough to rate his performance, and alone among the nine justices, more gave him an unfavorable (32%) rather than a favorable (26%) rating.

This almost surely reflects the fierce political fight over this appointment in 2018. President Trump chose him to replace Justice Anthony M. Kennedy, and he won a narrow, party-line confirmation in the Senate after Professor Christine Blasey Ford accused him of having assaulted her when they were in high school. He denied the allegation.

Justice Clarence Thomas emerged from a similarly fierce confirmation battle nearly 30 years ago, and he too is both well known (to all but 21% in the poll) and viewed unfavorably by many. He won a favorable rating from 32%, while 25% gave him an unfavorable rating.

Besides Breyer, the justices whose names were not recognized by a significant percentage of those surveyed were Elena Kagan (41%), Samuel A. Alito (39%), Neil M. Gorsuch (35%) and John G. Roberts Jr., the chief Justice, who was not known by 30%.

Justice Sonia Sotomayor had the best favorability rating; 37% said they viewed her favorably and 12% unfavorably.