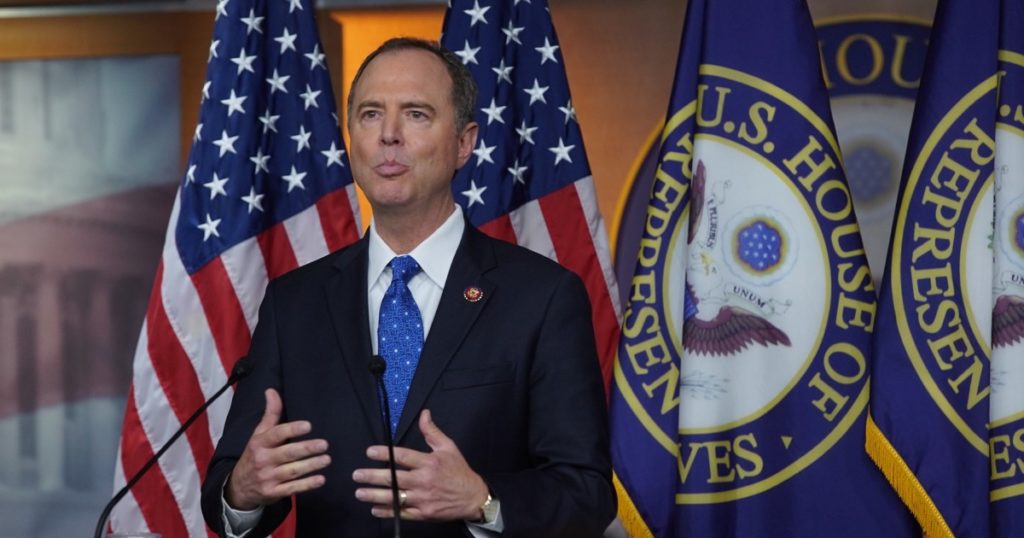 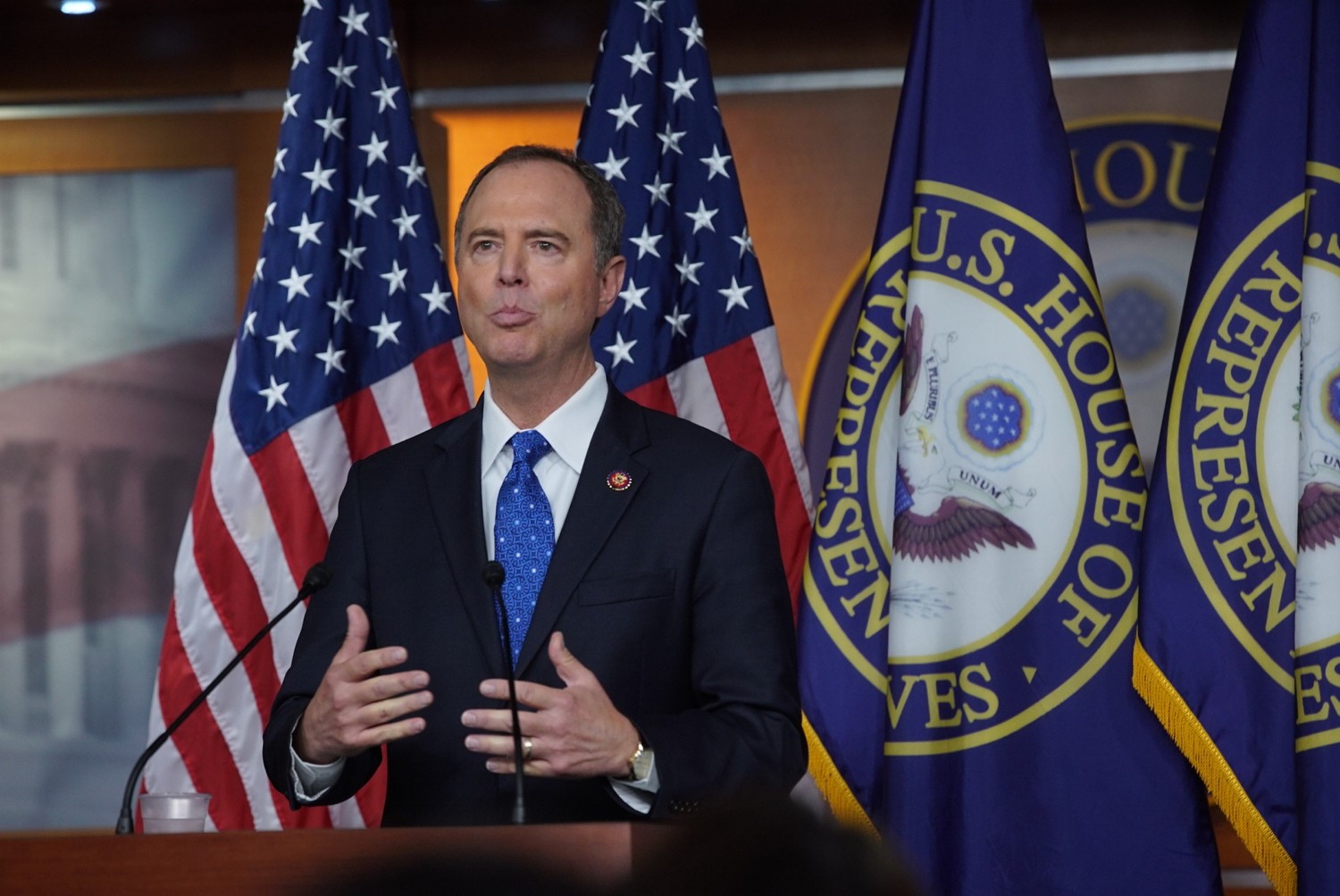 The Justice Department’s internal watchdog announced Friday it was launching an investigation into federal prosecutors’ use of secret subpoenas to obtain records from Apple concerning two California lawmakers on the House Intelligence Committee, their staff and family members.

The move came as top Democratic senators called on the Justice Department’s inspector general to launch such a probe and for former President Trump’s attorneys general to testify before Congress about why prosecutors took such an aggressive investigative step.

The Democrats allege that the subpoenas of records related to Reps. Adam Schiff (D-Burbank), chairman of the House Intelligence Committee, and Eric Swalwell (D-Dublin), were further evidence that the Trump administration engaged in abuses of power when targeting its political foes. The lawmakers targeted by the subpoenas, which were part of an investigation into the leak of classified material, are Democrats known for their vocal criticism of the Trump administration.

“The revelation that the Trump Justice Department secretly subpoenaed metadata of House Intelligence Committee Members and staff and their families, including a minor, is shocking,” according to a statement from Senate Majority Leader Chuck Schumer (D-N.Y.) and Sen. Dick Durbin of Illinois, the chairman of the chamber’s Judiciary Committee. “This appalling politicization of the Department of Justice by Donald Trump and his sycophants must be investigated immediately by both the DOJ Inspector General and Congress.”

The announcement of an investigation by the Justice Department’s inspector general came a day after news broke that that the Justice Department had sought information from Apple about a dozen people: the lawmakers, relatives, including a minor, and staffers. Schiff and Swalwell, the latter of whom serves on the panel, learned about the subpoenas last month from Apple, a committee official said.

The official said 10 others were also told by Apple their records had been turned over to the Justice Department. A federal grand jury issued the subpoenas in February 2018, and Apple reached out to the lawmakers last month only after a judicial gag order had expired, people familiar with the matter said.

The subpoenas, the people said, had been issued as part of investigations by the Justice Department into leaks of classified information, a preoccupation of Trump, who often railed about such disclosures, which were not uncommon in his administration. The Justice Department declined to comment on the subpoenas, or disclose what material it obtained. Prosecutors use such subpoenas to gather information about when, where and whom people communicated with, but not the underlying messages themselves.

The grand jury action occurred when former Atty. Gen. Jeff Sessions was running the Justice Department, apparently as part of his campaign to clamp down on leaking. In an August 2017 news conference, Sessions highlighted the department’s zealous approach to investigating leakers, saying it had tripled the number of leak investigations since he had taken office in early February. “We are taking a stand,” he said. “This culture of leaking must stop.”

Sessions could not be reached for comment. A person close to Sessions said the former attorney general was not aware the subpoenas had been issued. His deputy attorney general, Rod Rosenstein, did not respond to an email seeking comment.

It was not clear when the Senate Judiciary Committee would hold hearings on the matter. Investigations by the inspector general can take years to complete. The inspector general announced it was also going to investigate the Justice Department’s use of subpoenas to seek the records of reporters at the New York Times, Washington Post and CNN, who reported on the leaked information. Some of those investigations were conducted with gag orders in place, keeping them under wraps until recently.

Constitutional scholars and former federal prosecutors said the issuance of such subpoenas was highly unusual and legally fraught. Courts have generally set high hurdles for prosecutors in obtaining information from lawmakers, thanks to a Speech or Debate clause in the Constitution. The clause is designed to protect legislators from political reprisals over their official duties.

Christopher Ott, a former prosecutor who handled leak cases until he left the Justice Department in February 2018, said he was not aware of the subpoenas and was surprised they had been issued. He said prosecutors generally believed that such investigations were very difficult because “under the current state of the law you cannot successfully prosecute a member of Congress for leaking.”

Ott said he suspected prosecutors wanted to demonstrate that they were at least trying to exhaustively investigate such matters. “The danger of doing that, however, is that if you don’t have a legitimate criminal investigative purpose,” he said, “then it could be interpreted as an exercise for political reasons, or even something more sinister.”

The Justice Department would have faced serious hurdles in trying to use any of the subpoenaed data in a prosecution, said Stanley Brand, a law professor at Penn State and an expert in constitutional issues concerning the executive and legislative branches. Courts have placed stiff restrictions on the Justice Department’s ability to rummage around lawmaker’s records, Brand said.

“The Apple records would be filled with information related to legislative activity,” Brand said, citing texts, phone calls and other data related to congressional business. “And courts have said that you can’t dig through such information to find data that might help a prosecution.”

The Justice Department has managed to prosecute congressional staffers for leaking. In late 2018, James A. Wolfe, a staffer on the Senate Intelligence Committee, was sentenced to two months in jail for lying to FBI agents about unauthorized contacts he had with a reporter. But that kind of case is exceedingly rare.

Schiff and other Democrats on the House intelligence panel often found themselves in Trump’s crosshairs over their investigation into potential ties between the president’s 2016 campaign and the Kremlin. For the first two years of Trump’s term, Republicans controlled the House, and Schiff played a backseat role in the House Intelligence Committee.

After Democratic victories in the 2018 midterms, Schiff became chair and was empowered to advance investigations into Trump and his associates. He played a leading role in probing Trump’s request that Ukraine announce an investigation into Joe Biden, then a candidate for the Democratic presidential nomination, a case that ultimately led to Trump’s first impeachment.

In addition to special counsel Robert S. Mueller’s probe into Russia’s interference in the 2016 election, investigations were conducted by the House Intelligence Committee and the Senate Intelligence Committee. The Senate’s work was characterized by quiet bipartisanship, ultimately producing lengthy reports.

But the House investigation was politically charged, and the panel featured some of Trump’s most committed allies and fiercest antagonists. Excerpts from closed-door interviews regularly leaked into media reports, leading to finger pointing over who was responsible.

Schiff faced much of the blame from Trump and his family, even though they never presented any evidence besides highlighting his frequent appearances on cable news.

“I think Adam Schiff is the biggest leaker in Washington,” Trump said in 2019.

Donald Trump Jr., the former president’s eldest son, routinely accused Schiff of leaking information. In January 2019, Trump Jr. suggested on Twitter: “maybe someone should launch an investigation to find out where all the leaks from his committee come from?”