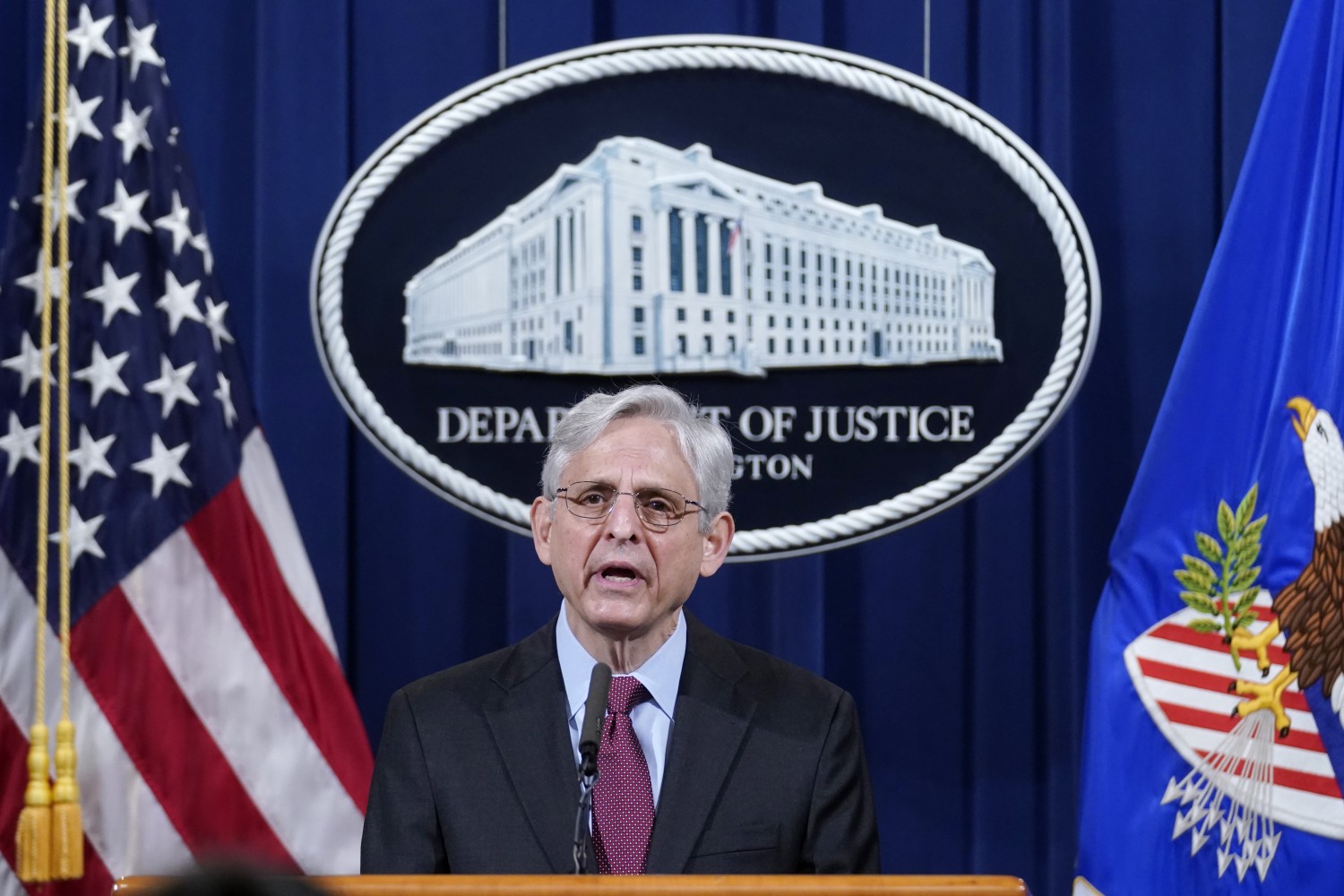 The Justice Department on Monday issued a formal policy that restricts the ability of federal prosecutors to obtain the records of reporters, a policy shift that followed intense lobbying by free press advocates and media organizations outraged by the Trump administration’s efforts to obtain such data.

In a memorandum released Monday morning, Atty. Gen. Merrick Garland said federal prosecutors would no longer use grand jury subpoenas or any other “compulsory legal process” to obtain information from reporters acting within the scope of their jobs. The rules come with a few exceptions — prosecutors may seek such information if reporters are the target of an investigation, if they work for a foreign power or terror group, or if there is an imminent risk of death or injury.

“The goal is to protect members of the news media in a manner that will be enduring,” Garland wrote in the memorandum, adding that he has instructed the deputy attorney general to develop regulations governing how prosecutors handle such investigations.

Garland took the action in the wake of disclosures in recent months by the New York Times, Washington Post and CNN that federal prosecutors had secretly sought email and phone records while hunting for government officials who might have leaked classified information. Prosecutors were seeking how reporters learned details about the investigation into Russian interference in the 2016 election and other sensitive matters.

The data seizures drew sharp criticism from media advocates, and President Biden in May said obtaining such records was “simply, simply wrong.” The Justice Department in June endorsed Biden’s approach, saying it would no longer seek such information, and officials said that Garland would be issuing new rules restricting how prosecutors approached such cases.

“The attorney general has taken a necessary and momentous step to protect press freedom at a critical time,” said Bruce D. Brown, executive director of the Reporters Committee for Freedom of the Press. “This historic new policy will ensure that journalists can do their job of informing the public without fear of federal government intrusion into their relationships with confidential sources.”

Administrations of both political parties have relied on grand jury subpoenas and court orders to obtain journalists’ records to identify sources of classified information.

The Justice Department under President Obama aggressively pursued leak investigations, though under media pressure crafted regulations making it harder for prosecutors to obtain journalists’ records. The Trump administration ramped up leak probes, though prosecutors appear to have followed the Obama-era regulations requiring them to obtain such journalists’ data as a final resort.