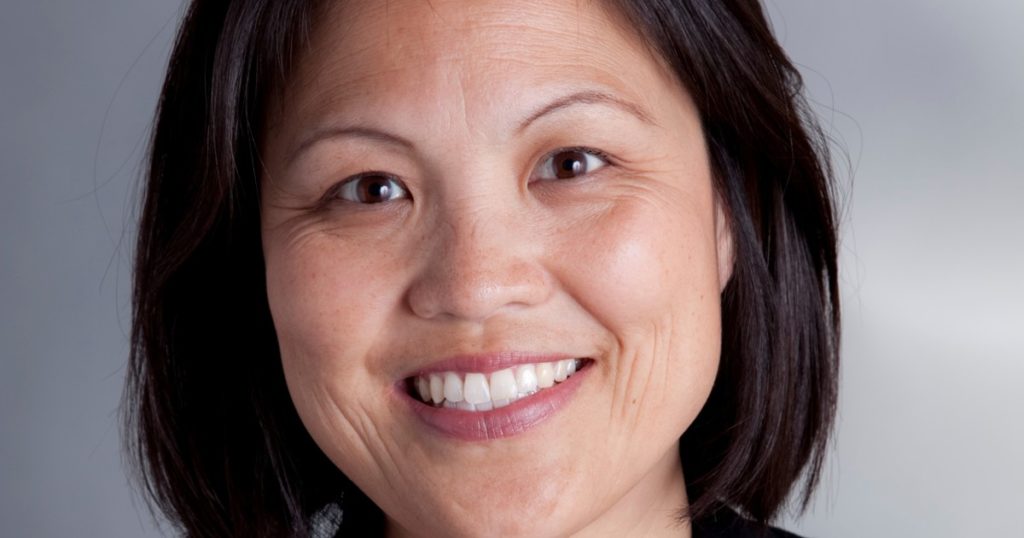 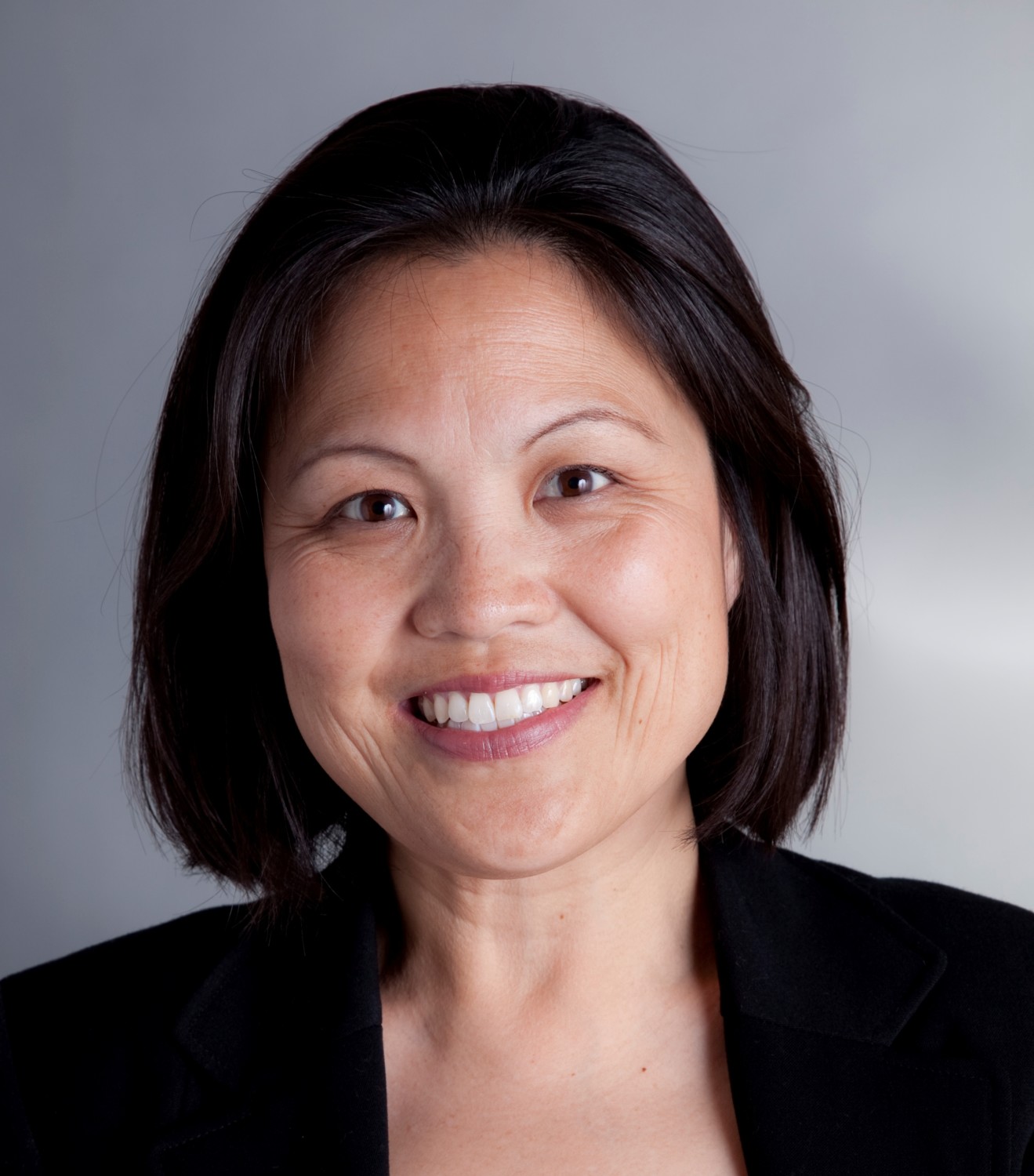 President Biden on Wednesday nominated California Labor Secretary Julie A. Su as the second in command at the U.S. Department of Labor, even as she faces criticism from some in her home state for ongoing troubles at the Employment Development Department, which has delayed approving unemployment benefits while paying out billions of dollars on fraudulent claims.

Though Democratic lawmakers and labor leaders are rallying around Su’s nomination, arguing she did the best she could after inheriting an unemployment system hamstrung by antiquated technology, understaffing and operational problems, others, including Republican legislators, are raising concerns about her record.

State Assembly Republican leader Marie Waldron of Escondido questioned the president’s decision to put Su, whose nomination is subject to confirmation by the U.S. Senate, in an administrative role at the department that oversees unemployment programs nationally when the state agency under her purview has done so poorly in helping jobless Californians.

“Unemployed Californians have suffered greatly during the current California labor secretary’s time overseeing unemployment benefits during COVID,” Waldron said. “It’s very troubling to think that this record of failure could be implemented nationally, especially at a time when so many Americans are struggling.”

Some of those same concerns may emerge during her confirmation hearing, but Su also has powerful allies.

The appointment of Su, who in 2001 won a MacArthur Foundation “genius” grant for her legal work seeking better working conditions for immigrants, was praised by Art Pulaski, executive secretary-treasurer of the California Labor Federation.

“Fighting for working people is in Julie Su’s DNA,” Pulaski said. “Over her distinguished career in California, she has tackled some of the most difficult issues facing workers today with vigor, always with justice as her beacon.”

“Julie Su embodies the spirit of California,” Newsom said in a statement. “With a leader like Julie at the helm — a tireless fighter for working Americans and a voice for the voiceless — the U.S. Department of Labor will play a central role in guiding us through recovery toward becoming a safer, more equitable and more prosperous nation.”

The White House said in a statement Wednesday that Su and another nominee announced at the same time, Deputy Secretary of Energy David Turk, “will be partners to the President in building a stronger, more resilient, and more inclusive economy that delivers every American a fair return for their work and an equal chance to get ahead.”

Su, 51, was appointed in January 2019 by Newsom as secretary in charge of the California Labor and Workforce Development Agency, which includes several offices, including the EDD, operator of the state’s unemployment benefits system.

She has often been the face of the state government’s response to unemployment that has resulted from the COVID-19 pandemic that began in March 2020, and as a result has found herself in recent months apologizing to Californians for the broken system at the EDD.

In a Facebook Live chat in April, unemployed Californians peppered her with 1,500 questions and messages, many of them showing frustration.

“I acknowledge that problem. I own it,” Su said during the session. “I want you to hear from me directly that that is not acceptable and we are going to fix it.”

She has also acknowledged at legislative hearings, on social media chats with the public and in calls with reporters that the EDD was unprepared for the unprecedented demand for unemployment assistance after millions were put out of work during the pandemic.

”It should be no surprise that EDD was overwhelmed just like the rest of the nation’s unemployment agencies,” Su told reporters on Jan. 25.

The EDD has processed nearly 20 million claims for unemployment help and paid out $118 billion in benefits since last March, while delays have created a backlog of more than 1 million claims that have been pending for more than 21 days.

The problems at EDD gave pause to some California leaders when reports emerged late last year that Su might be considered by Biden to become his Labor secretary.

The California Business and Industrial Alliance weighed in with a full-page ad in the Wall Street Journal on Dec. 4 that said, “Californians need Julie Su focused on fixing the state’s broken bureaucracy, rather than looking for her next job as Biden’s Labor Secretary.”

In a letter to leaders of the U.S. Senate last week, Tom Manzo, the alliance president, opposed Su being named by Biden as the deputy secretary of Labor as well.

“As the top labor official in California, Su oversaw a massive failure of California’s unemployment insurance system,” he wrote.

But at the same time, more than 40 civil rights and labor groups urged Biden to pick Su.

“Over the course of nearly ten years in office, Julie Su has developed a track record of reinvigorating labor agencies to deliver on their mission,” said the letter from groups including United Farm Workers of America, Asian Americans Advancing Justice and the National Immigration Law Center.

Biden ended up appointing Boston Mayor Marty Walsh as secretary of Labor, deciding to give Su the No. 2 job in the federal agency.

Su was also singled out for criticism Friday in a letter from California’s Republican members of Congress, including House Minority Leader Kevin McCarthy of Bakersfield.

The GOP officials objected to comments Su made on Jan. 25 in which she said part of the blame for the EDD’s failure to prevent widespread fraud goes to the Trump administration, which she said failed to provide adequate guidance and resources to California to counter fraud schemes targeting the Congress-approved program for unemployed gig workers.

Republican members of Congress wrote to Su and Newsom and said that California had the resources to combat fraud in unemployment programs and failed for months to heed warnings by federal officials about the potential for fraud.

“So, it is unconscionable that Secretary Su would claim that the federal government did not provide adequate resources or funding for the administration of COVID-related [unemployment insurance] programs, in a clear attempt to deflect blame and accountability for these failures from the Newsom Administration,” they wrote.

Some California officials who have been critical of EDD, including San Francisco Democratic Assemblymen David Chiu and Phil Ting, said Su has done all she could to fix the EDD and has a distinguished record of helping workers in the state.

“While I’ve had significant issues with the leadership of EDD, I have seen how Secretary Su has done everything possible to address a situation that she inherited,” Chiu said. “She is a highly competent, effective voice for workers.”

Assemblywoman Cottie Petrie-Norris (D-Laguna Beach) said Su is “an incredibly smart woman,” but said she stumbled in handling the EDD.

“She has done a tremendous job on many different initiatives, but she has not done a good job at running the Employment Development Department and, as a result, has wasted billions of dollars and, more importantly, caused heartache for millions of Californians,” said Petrie-Norris, who is chairwoman of the Assembly Accountability and Administrative Review Committee.

Su, a Democrat from Los Angeles, spent 17 years as a civil rights lawyer focusing on protecting low-wage workers and immigrant victims of crime and human trafficking. Su’s parents were Chinese immigrants and she speaks Mandarin and Spanish. She is a graduate of Stanford University and Harvard Law School.

In the early weeks of the pandemic, she held weekly Facebook Live chats in which she answered questions about EDD and urged patience as her office tried to make changes to smooth the approval of benefits.

The EDD hired thousands of new people to answer phones and process claims, but a strike team appointed by the governor said the system still needed change and recommended an overhaul of its technology and processes.

“I know this sounds crazy because we are in California, we are the tech center of the world, but our system is built on multiple antiquated systems, and because of that it is inflexible — it is very difficult to change,” Su said during another Facebook Live session last spring.

Su told legislators during recent hearings that she is committed to making changes recommended by the governor’s strike team.

“EDD was woefully unprepared for the unparalleled demands created by COVID-19,” Su said in a statement to The Times in December. But, she added: “Many of the issues were not caused by COVID-19.”

State audits issued Jan. 26 and 28 confirmed that problems have existed at the EDD for years.

Later in the week, Howle issued a second scathing report, saying the EDD had failed for months to heed warnings of vulnerabilities in its unemployment claim system, which officials say has paid out more than $11 billion on fraudulent claims since March.

State Senate Minority Leader Shannon Grove (R-Bakersfield) said the problems at EDD raise questions about whether Su should become an administrator at the U.S. Department of Labor, which is responsible for helping states provide unemployment benefits and combat fraud.

“Nearly 1 million unemployment claims are currently stuck in the EDD backlog, hundreds of thousands of Californians have had their unemployment benefits frozen, and EDD has already paid out billions of dollars in fraudulent claims,” Grove said. “Is California’s ‘expertise’ really what this country needs?”