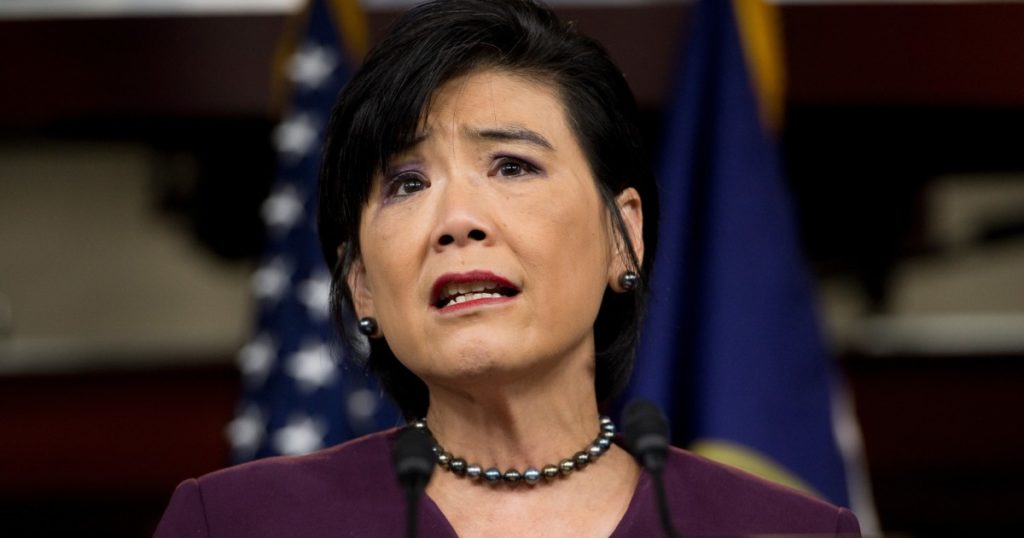 The chairwoman of the Congressional Asian Pacific American Caucus is pushing the Biden administration to name Nani Coloretti to be director of the Office of Management and Budget. It is a call that has become more urgent as President Biden’s Cabinet is nearly completely confirmed without any Asian American representation and in the wake of the rise in hate crimes against Asian Americans.

“For the first time in 20 years, there is no Cabinet secretary of [Asian American or Pacific Islander] descent, and in fact every major constituency group is represented amongst his Cabinet choices — Black, Hispanic, Native American, LGBT, women — except, except AAPI,” said Rep. Judy Chu (D-Monterey Park) in an interview. “When that happens, then the message is that AAPIs don’t count when it comes to positions of top leadership.”

Several Asian American political groups and other members of the caucus have also been lobbying the White House to nominate Coloretti, who is of Filipino descent and is a senior vice president at the Urban Institute. She is a former HUD official in the Obama administration and she spent four years as a policy advisor and budget director for Gov. Gavin Newsom when he was mayor of San Francisco.

“There is a concerted effort by AAPI community members as well as members of Congress to suggest Nani Coloretti as a possible OMB director,” Chu said.

The move risks pitting the Asian American community against many top congressional leaders, including some Republicans, who would like to see Shalanda Young elevated to the job. Young, who was nominated for the deputy director job at OMB, was confirmed by the Senate this week.

Neera Tanden was originally nominated to serve as Biden’s budget director, but she pulled herself from consideration when it became clear that her divisive past tweets about Republicans would prevent her from getting the votes needed for confirmation.

As the Senate nears completion on confirming Biden’s Cabinet, the frustration among the AAPI community has been “boiling over,” Chu said. The frustration is particularly stark because Biden promised that his Cabinet would “look like America.”

This week, Sens. Tammy Duckworth (D-Ill.) and Mazie Hirono (D-Hawaii) — the only two senators of Asian descent — said they would oppose Biden nominees, except for racially diverse or LGBTQ candidates, in a sign of protest.

They backed down from that demand after the White House said it will put in place a senior-level White House staffer whose job would be to work with the AAPI community.

Duckworth received an assurance from the Biden administration that “it will do much more to elevate AAPI voices and perspectives at the highest levels of government, including appointing an AAPI senior White House official to represent the community, secure the confirmation of AAPI appointments and advance policy proposals that are relevant and important to the community,” said Ben Garmisa, the senator’s spokesman. “Accordingly, she will not stand in the way of President Biden’s qualified nominees — which will include more AAPI leaders.”

Hirono similarly tweeted that she would resume support for Biden’s appointees after making “clear my perspective about the importance of diversity in the President’s cabinet,” she tweeted.