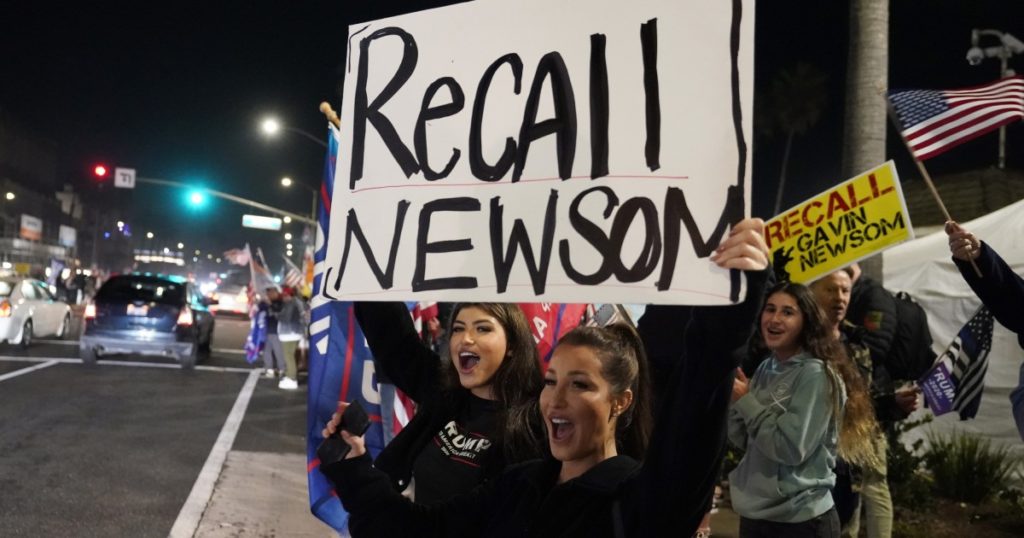 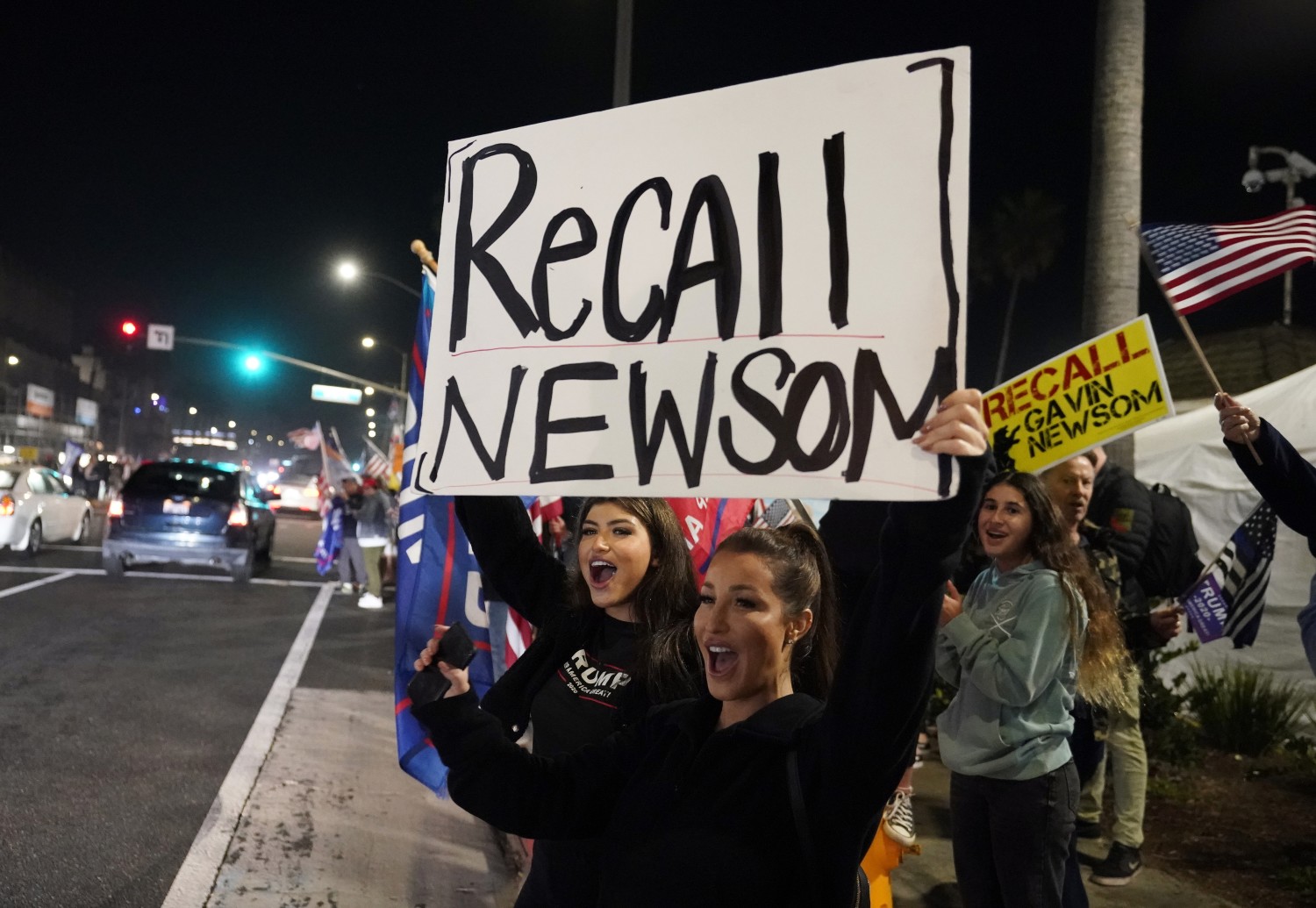 The Sacramento County Superior Court judge whose ruling in November was pivotal to the recall campaign against Gov. Gavin Newsom, providing supporters extra time to gather the necessary petition signatures to trigger a special election, was once a law partner with the attorney hired by the effort’s proponents to plead their case.

Judge James P. Arguelles and Bradley Benbrook were attorneys at the Sacramento law firm of Stevens, O’Connell & Jacobs before 2010 and, according to federal court records, the two served as co-counsel on at least two cases.

Sacramento retiree Howard Herships, who opposes the campaign to recall Newsom, said he raised the issue last month in a complaint against the judge filed with the Commission on Judicial Performance, the state agency that investigates allegations of judicial misconduct.

Herships, 77, said that he considered the work relationship to be a conflict of interest for the judge and that he should not have heard the case.

Two experts in legal ethics, however, said judges often face similar situations and noted that it was unlikely to be an ethical violation.

Benbrook represented recall proponents Orrin Heatlie and the California Patriot Coalition in the case before Arguelles last fall. The judge on Nov. 17 agreed with Benbrook’s argument that California’s COVID-19 shutdowns and restrictions had limited the recall campaign’s ability to circulate petitions.

Arguelles gave them an additional five months to gather and submit 1.49 million petition signatures from California voters, the number required by state law to qualify the recall for the ballot, and they did so successfully by March 17. Were it not for that extra time, the recall would have failed to qualify.

The recall proponents’ fight for more time to gather signatures began in early October when they filed a legal action in Sacramento County Superior Court against then-Secretary of State Alex Padilla, who is now serving in the U.S. Senate.

The former work relationship between Arguelles and Benbrook was not known by attorneys representing Padilla, a person familiar with the defense team’s efforts told The Times.

Scott Cummings, a professor of legal ethics at the UCLA School of Law, said Arguelles probably should have recused himself from the case given his history with Benbrook. But Cummings emphasized that “judicial ethics is one of those murky areas” in the law, in part because judges have past lives as lawyers, and said he wasn’t confident that Arguelles did anything improper.

“If I were a judge in that situation, I would probably want to err on the side of recusal to avoid even the appearance of impropriety,” Cummings said. “It may have been something the judge should have done, but it may not be an ethical violation.”

Still, if it’s determined that a judge committed an ethics violation, that could potentially provide a “basis for reopening and overturning the case,” Cummings said.

Richard Zitrin, who has taught legal ethics for a quarter-century at the UC Hastings College of the Law, said it would be extremely unlikely for the judge’s decision in the recall case to be overturned because more than half a year has passed since it was handed down and the ruling was never appealed.

Still, Zitrin said, Arguelles should have disclosed his history with Benbrook and given opposing counsel an opportunity to address the issue.

“The judge should have informed them about the relationship and asked whether anyone had a problem with it. It’s as simple as that,” he said. “And if someone did have a problem, give them the opportunity to be heard.”

Kim Pedersen, a spokeswoman for the Sacramento County Superior Court, said neither court officials nor Arguelles could comment on the matter because they have not seen the allegations. She referenced a “supposed complaint” filed with the state Commission on Judicial Performance.

“We will have to let CJP review the matter and review the alleged facts,” Pedersen said in an email.

Gregory Dresser, director and chief counsel at the Commission on Judicial Performance, said he could not comment on the issue.

Benbrook could not be reached for comment. A spokesman for the secretary of state’s office did not respond to questions about the judge’s history with Benbrook or whether the agency’s counsel was aware of it.

Under the California Constitution, recall campaigns have 160 days to gather the required number of voter signatures — equal to 12% of the ballots previously cast for the office being targeted — after the secretary of state approves the recall petition for circulation. For the Newsom recall, the clock began June 10, 2020, and was set to expire Nov. 17.

In his petition to the court, Benbrook argued the COVID-19 restrictions imposed by Newsom made it much harder for recall organizers to circulate petitions because they were unable to gather signatures at traditional locations, such as shopping malls, sporting events, concerts, fairs and political rallies, among other places and events.

The attorney representing the secretary of state’s office opposed granting the recall organizers more time, arguing that they failed to prove that the restrictions impeded their efforts. He noted that a previous effort to recall Newsom, launched before the pandemic, failed to come anywhere close to collecting enough signatures to qualify for the ballot.

“The 160-day period for collecting signatures to initiate a recall election was included in the California Constitution for a compelling reason. Governors are elected by the majority and it should not be too easy for a minority to force a costly special election,” Kevin Calia, the outside counsel representing the agency, responded in a court filing.

The case was initially assigned to Judge Shelleyanne W.L. Chang.

However, Benbrook, on the same day he filed the initial petition, filed a notice of related case pointing out two similar cases that Arguelles was presiding over and arguing that the judge should hear the recall case as well.

In legal filings months earlier, proponents for both initiatives cited similar constraints on circulating petitions because of the COVID-19 pandemic and asked to extend the deadline for gathering signatures. Arguelles granted those requests, with the support of the secretary of state’s office.

On Nov. 17, Arguelles issued an order granting a five-month extension for the Newsom recall proponents to gather signatures in support of ousting the governor. Neither the secretary of state nor the governor’s office appealed Arguelles’ decision.

In 2018, he represented an Oregon high school student who was suspended for wearing a “Donald J. Trump Border Wall Construction Co.” shirt, leading to a $25,000 settlement and an apology from the school.

Benbrook also worked for an independent expenditure committee that backed Newsom’s Republican opponent in the 2018 gubernatorial election, John Cox. Cox currently is running to replace Newsom if he is recalled.

Campaign finance records show that the California Patriot Coalition, which was leading the Newsom recall effort, has paid Benbrook $57,000 in legal fees since Sept. 18.

Former Republican Gov. Arnold Schwarzenegger appointed Arguelles to the Sacramento County Superior Court in 2010. Arguelles earlier served as an attorney for Stevens, O’Connell & Jacobs starting in 2005 and was a judge advocate general in the U.S. Army Reserve. He also worked for the U.S. attorney’s office in Sacramento for five years.

Former President Trump nominated Arguelles to become a federal judge in June 2020. The American Bar Assn. rated Arguelles as well qualified, but his nomination was never considered by the U.S. Senate and, after Trump lost his bid for reelection, it was returned to the White House in January without action.