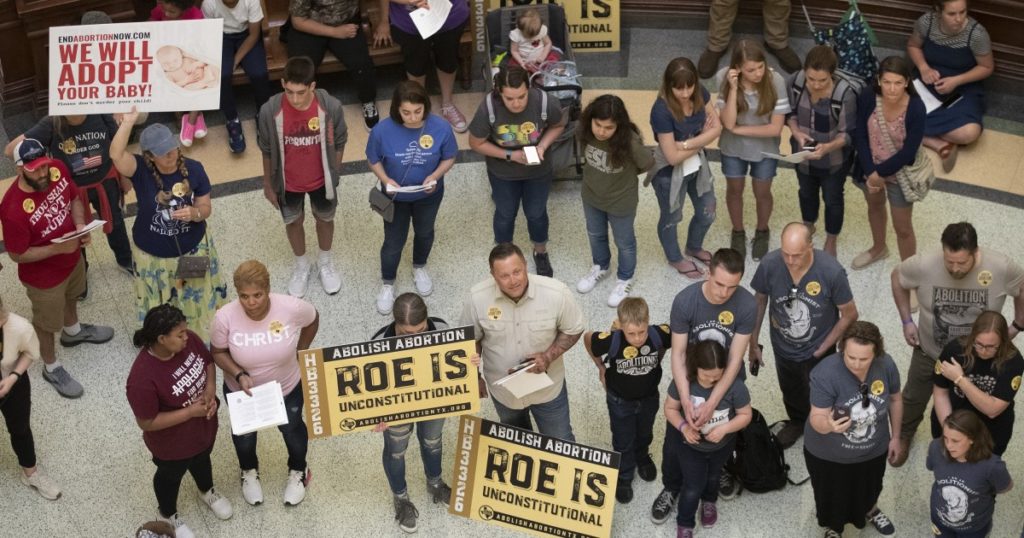 Joy and sorrow. That was predictably the reaction of Texans on Wednesday — depending on where they stood on abortion — after the U.S. Supreme Court’s silence allowed the toughest antiabortion law in the country to take effect.

“Babies whose heartbeats are detectable are protected from abortion throughout the state of Texas. We are delighted by that,” said Joe Pojman, executive director of the Austin-based Texas Alliance for Life, which successfully lobbied for the law and 25% increased state funding for alternatives to abortion.

Staff at abortion clinics in Texas, where California doctors sometimes fly in to help staff, were scrambling Wednesday to explain the new law to patients.

“We’re getting patients who are scared, confused, angry. They’re asking questions about, ‘Is abortion still legal?’ ‘Can I still get an abortion, am I too far along?’” said Vanessa Rodriguez, contact center senior manager for Planned Parenthood of Texas. “I have to tell them Texas politicians are taking away their right to make decisions they feel are right.”

The U.S. Supreme Court has yet to act on an emergency appeal that would put the law on hold. A dozen other states have enacted similar bans, but they’ve been blocked before taking effect, making Texas’ law the most restrictive since the landmark Roe vs. Wade decision in 1973.

The law prohibits abortions once a heartbeat can be detected in a fetus, usually at about six weeks, before most women realize they’re pregnant. Providers fighting the law have told the courts it would eliminate 85% of abortions statewide, force local clinics to close and women to travel hundreds of miles out of state for abortions — or to try to self-induce a miscarriage. Under the law, residents can also sue anyone involved in facilitating abortions for up to $10,000. Texas Right to Life created a website for people to report those suspected of violating the abortion ban.

“This law opens up a bounty system, a vigilante-type system, that calls into question anyone who provides an abortion,” said Amy Hagstrom Miller, president and CEO of Whole Woman’s Health, which operates four Texas clinics and had sued to stop the ban.

She said clinic staff rushed overnight to provide abortions to dozens of waiting patients before the law took effect Wednesday.

“Our waiting rooms were filled in all of our clinics,” Hagstrom Miller said, with staff in tears asking her, “What can we do?”

Outside their Fort Worth clinic, antiabortion protesters shined lights through the windows and called police twice to ensure the law was enforced, she said: “We were under surveillance.”

Texas had already enacted some of the nation’s toughest abortion restrictions in recent years. Those measures were later overturned by the courts but still took a toll on abortion providers who fought them. Last year, Gov. Greg Abbott managed to close Texas abortion clinics by declaring abortion among elective procedures suspended due to the pandemic. And in 2013, more than half of the state’s 40-plus clinics closed before the U.S. Supreme Court struck down a state abortion law.

Pojman said abortion opponents were monitoring legal challenges in other states that could affect the Texas ban. Later this fall, the Supreme Court is also expected to consider a Mississippi abortion ban after 15 weeks of pregnancy.

“We’re waiting to see how this shakes out in the federal and state courts,” he said, which could take weeks. “We hope that it will remain in effect.”