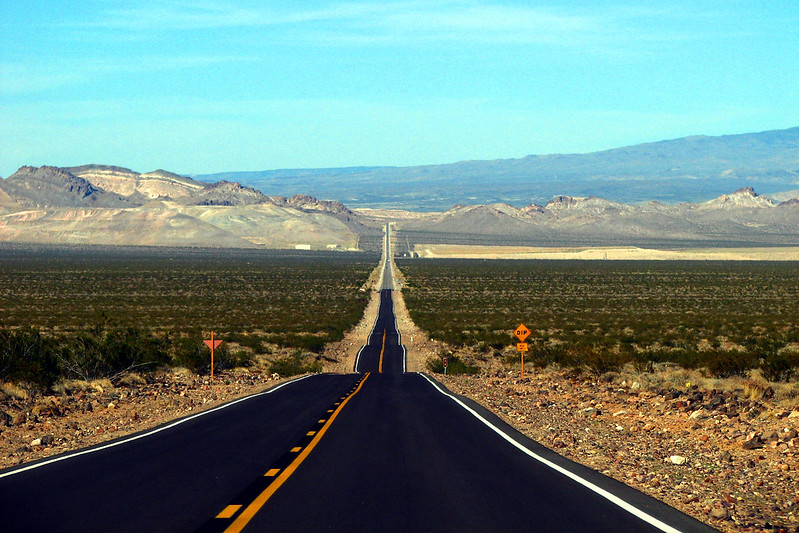 The latter is a framework being developed to help the state align its transportation investments with its climate, health, and equity goals. It includes recommendations to prioritize ways of allowing travelers to opt out of congestion, rather than on increasing throughput, improving zero emission charging infrastructure including for freight, improving and connecting transit systems, increase long-term, sustainable funding for the Active Transportation Program, and others.

These concepts remain controversial to some people, who are reacting as if their way of life were under attack. During recent public agency discussions, some of the commissioners and representatives of business and labor groups bristled at the notion that transportation funding might be better spent on improving transit and active transportation than on road widening.

At a recent joint agency meeting, for example, Commissioner Bob Alvarado asked only one question of California State Transportation Agency Deputy Secretary Darwin Moosavi, who presented the plan for discussion. “Are you planning to take money from other S.B. 1 [gas tax] programs to fund the Active Transportation Programs?” he asked. This concern may have been the impetus behind his recent suggestion, echoed with enthusiasm by many who called in support, that the state use some of its surplus budget to give the ATP a one-time boost of $2 billion. He made it clear that what he did not want was to move transportation funding currently being used for highways to the ATP.

Moosavi responded that CalSTA was open to options for creating more long-term, sustainable program for the ATP, “the most oversubscribed transportation funding program.”

“So the plan on raiding other programs still applies?” Alvarado asked.

“It’s among the potential options that we are willing to explore, yes,” said Moosavi, pointing out that there’s also good chance of getting increased federal funding, and that CalSTA was actively seeking more ideas.

But, as is abundantly clear by now, it is not enough to just increase funding for sustainable transportation modes – it is just as important to reduce the amount of money California spends on facilities that encourage more car travel.

Both strategies are necessary if California is going to meet its climate goals.

One key strategy is actively finding ways to reducing the amount of driving in California. From comments at both meetings, it appears that some people assume this means taking away people’s vehicles or somehow constraining their ability to drive where they need to. Several callers charged that any effort to reduce vehicle miles traveled (VMT) would be unfair to low-income people who have to commute farther to reach jobs. Commissioner Fran Inman urged “cultural sensitivity” towards “business communities,” who, according to several callers, are being completely left out of this discussion.

But the discussion about reducing VMT is about a finding ways to give more people the option NOT to drive. California continues to invest in making it easier and faster to drive – not a sustainable plan anyway because even with increased gas tax revenue there isn’t enough money to maintain the roads already in existence – instead of focusing resources on improving other options.

CARB Boardmember Professor Dan Sperling acknowledged that the goal of reducing VMT “is challenging politically. But it is a strategy for improving health, for reducing costs to the state and to [travelers], for improving community, for more efficient use of land.”

“We have created a system of almost total car dependence,” he said, saying that while less than two percent of California residents use transit, public transportation remains vitally important for those who need it. “We are doing a very poor job in California of serving our population – I would go so far as to say it is irresponsible, even verging on criminal, what a large percentage of our population we are marginalizing” with car-centric policies and funding,” he said.

“That is the equity conversation we are having here,” he said. “A large percentage of our population has poor access to jobs, and to services. Our goal should be reducing VMT, but also increasing accessibility for many of the segments of our population. These are not incompatible, in fact they are consistent” with each other,” he said.

CAPTI is arriving at “an important point in the history of transportation.” For a long time transportation has focused on the car – on improving vehicles and making roads faster. But new technology, from micromobility to microtransit to safe active transportation modes. What is needed, said Professor Sperling, is a way to integrate everything, and especially to make sure that transit works in concert with all these other modes and methods.

San Diego Supervisor Nathan Fletcher, also a CARB board member, described the complications faced by San Diego in its work to create and meet climate goals, saying the region is hampered by a “legacy system” that works against efforts to lower VMT and build more housing. “If we can start driving transportation funding in a way that enhances VMT reduction, it would be easier to build infill housing in the appropriate places,” he said.

What CAPTI aims for, he said, “can be very helpful. If not done right, it will only add to the frustration,” he said. “How does this manifest in a funding process that results in a system that helps us do what we’re trying to do at a local level?”

The devil may be in the details, and right now CAPTI only creates a framework upon which details can be hung. The question is, what should the state’s priorities be? Is barreling ahead with road and highway building serve everyone, or just certain dominating interests?

The current transportation funding landscape is the result of many years of building a culture that focuses on enabling more and faster car travel, but for years now various parties have been pointing out the shortcomings of that perspective. Caltrans, which manages the state highway system, has been engaged in its own strategic planning process to shift its focus from highways and cars to all road users, and is still figuring out how that will work; the Air Resources Board has been explaining that these changes are necessary and urgent.

What remains is for the California Transportation Commission to catch up with the rest of the agencies, to embrace its goals, and to contribute to figuring out how to reach them. The timing is important, too: as Moosavi pointed out, the CAPTI framework aligns with the new federal administration’s priorities, which could put California in a better position to get federal funding to help it further this work.

There will be more discussion about the CAPTI before it is formally adopted this summer. CalSTA will hold workshops on it on April 20 and 23, and the deadline for public comments has been pushed back to the end of May.

Information about the workshops and more can be found here.