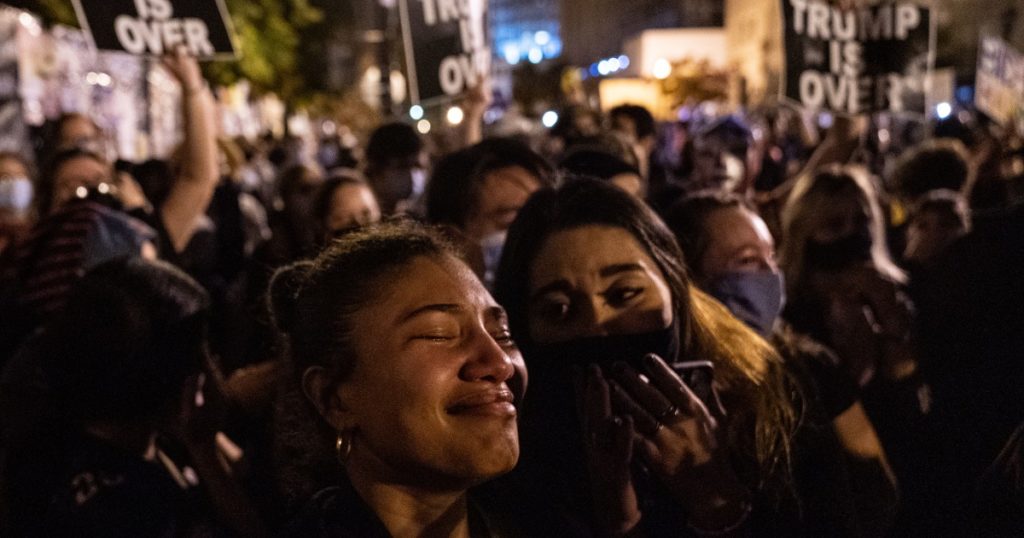 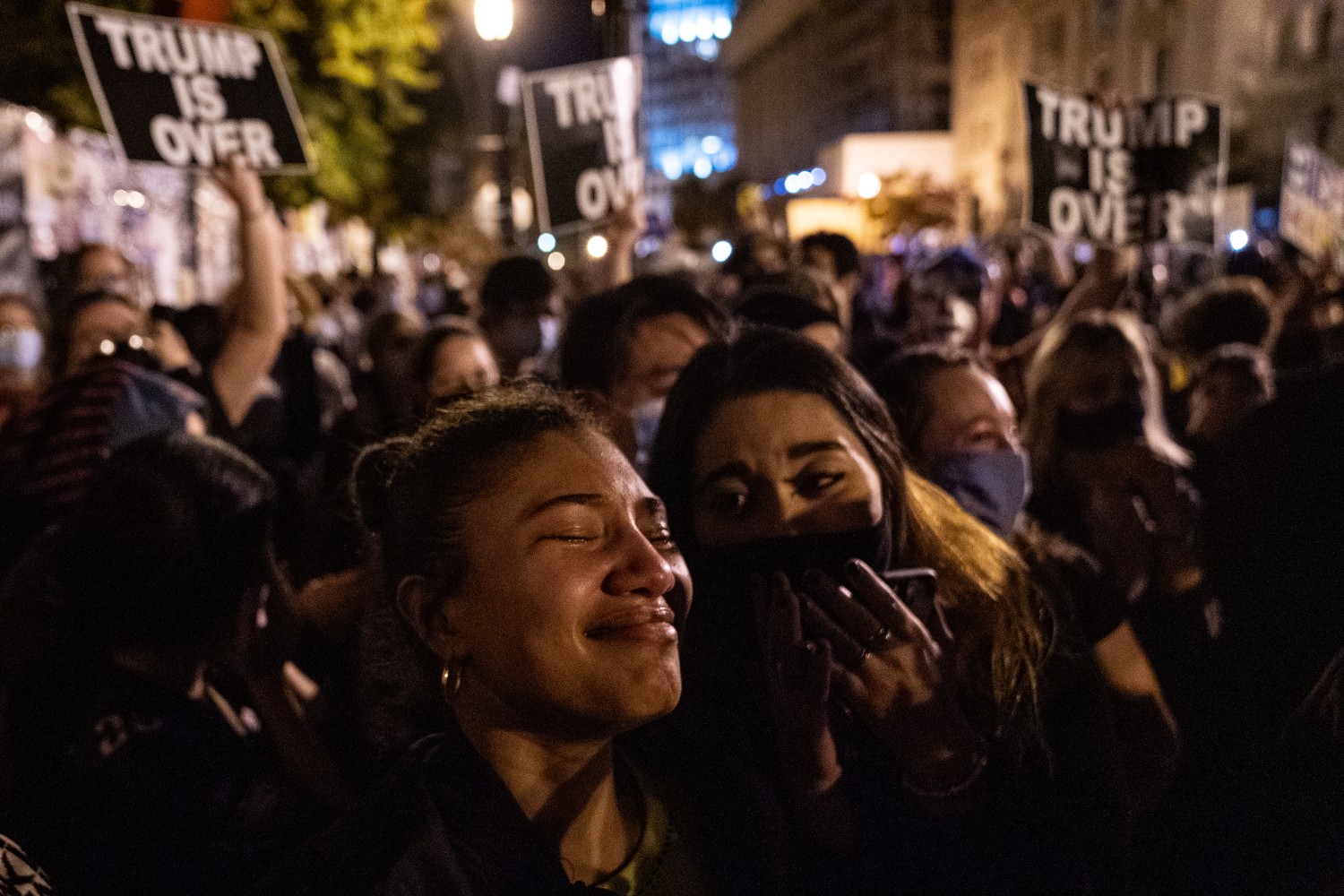 Joe Biden won the presidency by relying on the voting blocs that have long powered successful Democratic campaigns — and marginally improving among those that haven’t.

As the vote tallying lurches toward completion, President-elect Biden’s coalition shows a series of shifts — bumping up turnout here, chipping away at President Trump’s advantage there. In the end, it was a patchwork that delivered him both a record-setting triumph in the popular vote and slimmer victories in key battleground states that handed him the electoral college.

“Every bit of support that Biden was able to garner from some section of the white non-college[-educated] cohort or the young Latino cohort or Black women voters — all of that mattered,” said Michael Frias, chief executive of Catalist, a Democratic voter data firm.

This early sketch of the Biden coalition is drawn from preliminary postelection surveys and county-level vote returns. It is, at best, a partial understanding of this year’s results.

“The data that’s available now — you can think of it as an impressionist painting,” said Brian Schaffner, a political science professor at Tufts University. “You can make out an image, but it doesn’t have the hard lines. It’s a little blurry.”

Schaffner helps lead the Cooperative Congressional Election Study, a large-scale online academic survey that conducted 70,000 interviews in the month before the election.

“In six months, we’ll able to match these surveys to voter files,” he said. “We’ll be able to translate that blurry picture into one that’s much more precise.”

So far, no segment of the electorate has prompted more parsing than Latinos, whom Biden won overall, but with enough variance across gender and geography to prompt soul-searching among Democrats.

“Seven in 10 Hispanic voters nationally helped deny a second term to an incumbent president,” said Clarissa Martinez de Castro, deputy vice president of UnidosUS, noting that Biden won “a majority of Latino voters in every state, including Florida and Texas.”

Her call-out of Florida and Texas was no accident. While Biden won the Latino vote in each state, he underperformed in south Florida — which has substantial Cuban American and Venezuelan American populations — relative to Hillary Clinton four years ago. Likewise, he showed weakness in Texas’ Rio Grande Valley along the U.S.-Mexican border.

Biden lost Texas and Florida, but Latinos fueled his wins in Arizona and Nevada, and added to his narrow margins in the Upper Midwest.

Early indications show that Biden performed strongly among Latinas but that Trump narrowed the gap with Latino men. (That gender gap was manifest across the board, including among Black voters, and even more substantially white ones.) The softening support among some Latinos should be seen as “warning shots fired over the bow” to Democrats, said Ruy Teixeira, a political demographer.

“The assumption they’re going to stick with Democrats just because they hate the Republicans and Trump’s a racist is just not true,” said Teixeira, a senior fellow at the Center for American Progress, a liberal think tank.

“Republicans are making significant investments in outreach to the Latino community in a very targeted and culturally competent way,” said Thomas Kennedy, Florida coordinator for United We Dream Action, an immigrant rights group. He also pointed to “massive sophisticated efforts at disinformation and suppression.”

“It’s time for Democrats to fully invest in communities of color instead of these boom-and-bust cycles, which ignore communities like ours in Florida year-round,” Kennedy said.

The question is not just when Democrats engage people of color, but how, said Patrick McHugh, executive director of Priorities USA, a liberal super PAC.

“We need to persuade them, both to vote for us and persuade them on the importance of voting in the first place,” McHugh said.

Firming up nonwhite voters’ support must go beyond messaging and campaign tactics, he added, saying politicians “have got to deliver to these communities.”

Democrats have taken some comfort in the mobilization of Black voters, whose turnout had dropped in 2016.

“We have every reason to think, from initial data we’re seeing, that it recovered — that it came back up in 2020,” Schaffner said.

While Black voters supported Biden at roughly the same level as they did Hillary Clinton — though by less than they backed Obama — the higher turnout helped the president-elect.

“Older Black voters were a driving force here, with those over age 65 exceeding 100% of their 2016 turnout in at least six key battleground states four days before election day,” said Roshni Nedungadi, a principal at HIT Strategies, which conducted a postelection poll of 1,000 Black voters nationwide. These older voters supported Biden at slightly higher rates than they did Clinton four years ago.

Also helping Biden were Asian American voters, whose turnout in battleground states increased more than any other demographic group, according to TargetSmart, a Democratic data firm.

Biden clearly benefited from a diversifying electorate, and not only in urban centers. Suburban areas, which became friendlier terrain for Democrats in the 2018 midterm election and continued that trend this year, were key to Biden’s coalition, in part because of the changing racial and ethnic makeups there.

Biden’s strength in suburbia also got an apparent boost from working-class white voters, though data so far have offered a muddled verdict.

The electorate still appears polarized along educational lines: Those without college degrees fell firmly behind Trump, especially in rural areas.

But in pivotal areas in the Democratic “blue wall” of the Upper Midwest, such as Erie, Pa., and Macomb County, Mich., Biden bested Clinton’s performance among these voters, reclaiming an underappreciated part of the Obama coalition.

“One thing people never understood about the … Obama coalition was it included a very important minority of the white working-class vote,” Teixeira said. “The idea that the Democratic coalition — a successful one — can be a bunch of young people, nonwhite voters and some professionals in urban areas is just wrong.”

That level of performance with working-class white women made Biden’s election possible. “He would not have won the electoral college. He wouldn’t have won back the blue wall without them,” Greenberg said. “They were critical to his strategy.”

Overall, women across the board sided with Biden, a phenomenon Greenberg called a “gender tsunami” of Trump driving away and energizing female voters.

Biden owes his success especially to unmarried women, said Page Gardner, a Democratic strategist and founder of the nonpartisan Voter Participation Center. Single women have long been part of the party’s coalition to varying degrees: Black unmarried women, for example, have long voted solidly Democratic. But Clinton just barely won among unmarried white women in 2016, whereas Biden had double-digit support from the group.

“It was a huge shift,” said Gardner, who partnered with Greenberg on the Democracy Works survey.

Young voters also showed up big for Biden. NextGen America, an advocacy group focused on young adult turnout, said 18- to 29-year-olds broke 2 to 1 for Biden — much more support than they gave Clinton four years ago — and they turned out at higher rates.

The Biden campaign “would not have won without the youth vote,” said Tom Steyer, the group’s founder.

It was hardly all upside for Biden. Rural voters, who aligned strongly with Trump four years ago, stuck even more so with the president this time around. And while Biden set records by amassing more than 78.6 million votes nationally, Trump’s 73.1 million votes far exceeded his own 2016 performance.

“It’s long been an axiom in politics that everybody assumed that higher turnout benefits Democrats,” Frias said — but while it worked out in Biden’s favor this time, “we saw that it can get really close.”

Analysts offered a split verdict on how durable Biden’s coalition will be going forward as he tries to maintain the Democratic base and not lose his progress with the white working class.

It may be easier to win over recalcitrant Republican members of Congress, Lake said, when Biden can point to gains in former GOP territory such as the suburbs.

“It’s an easier governing coalition than if you’re trying to appeal to a Republican senator and all you’ve got is [Democratic] base voters,” she said.

But Teixeira pointed to the cracks already emerging among Democrats, particularly between its progressive and moderate factions, as a sign of challenges ahead.

“In the end, it’s all about fixing the problem — the pandemic and the economy. If he isn’t able to fix those big things as fast as people think is feasible, it’s going to be difficult,” Teixeira said.

“As a coalition, they need to come together around doing the big things first and not having internecine battles…. If that happens again, the Biden coalition will crack pretty fast.”