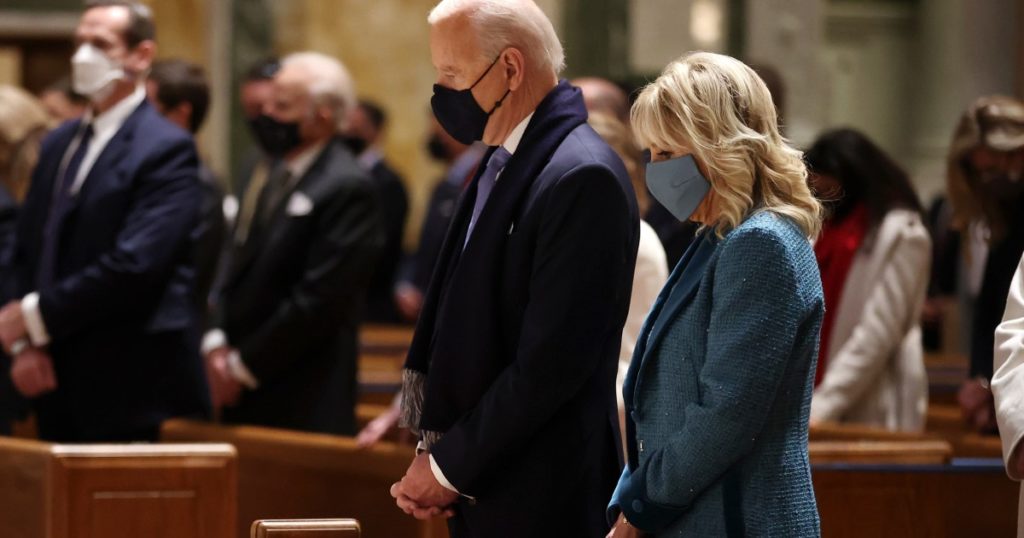 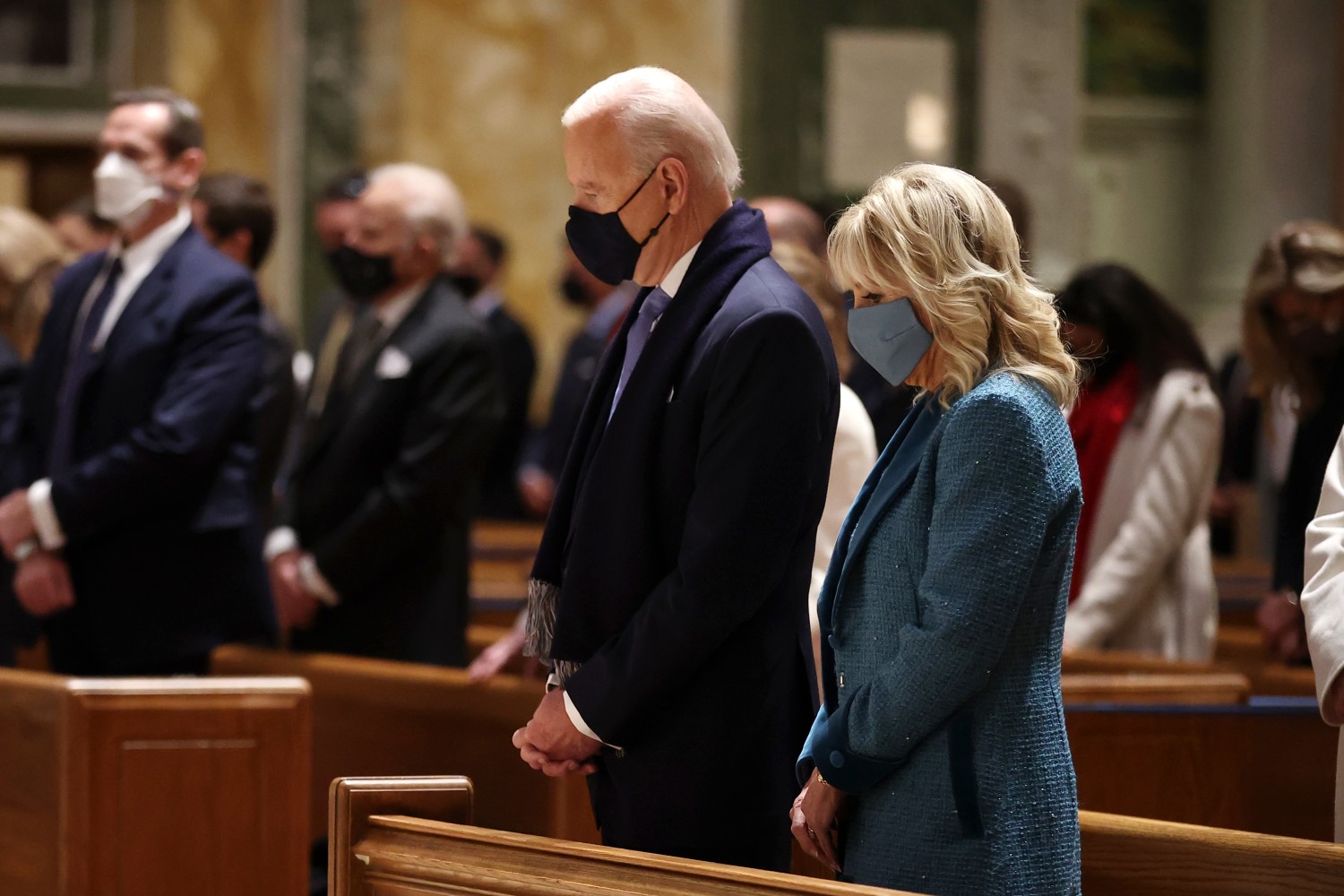 President-elect Joe Biden’s first stop Wednesday was a church service at the Cathedral of St. Matthew the Apostle, the seat of Washington’s Roman Catholic Archdiocese and titular church of Cardinal Wilton Gregory, who recently became the first Black American cardinal.

Biden is only the second Catholic to become U.S. president.

In a gesture of reconciliation, he invited two Republican rivals — Sen. Mitch McConnell of Kentucky, the outgoing Senate leader, and Rep. Kevin McCarthy of Bakersfield, the House minority leader — to join him at the services.

Streets leading to the red-stone 19th century church were blocked by police vehicles and dump trucks at least two blocks in every direction. There were several small crowds at the roadblocks, with spectators hoping to catch a glimpse of the dignitaries.

The service was taking place at roughly the same time that outgoing President Trump was departing the White House in a helicopter.

Inside the cathedral, Biden and his wife, Jill Biden, sat in the first pew. McConnell, McCarthy, House Speaker Nancy Pelosi (D-San Francisco) and others sat socially distanced in other pews.

Outside, Yessica Leon said she drove from home in Murfreesboro, Tenn., to be there for Inauguration Day. The 33-year-old legal assistant, a native of Mexico, became a U.S. citizen last year and voted in November, in her first election, for Biden.

“I’m here to welcome President Biden,” she said, from behind a sequined Biden-Harris face mask, as helicopters swooped overhead. “It’s crazy, all this security, but I think they are keeping us safe.”

Dan Gordon, 69, a retired lawyer who lives a couple of blocks from the church, also wore a Biden-Harris mask (sans sequins).

“We’ve had four horrendous years,” Gordon said. “This morning I was reflecting on the mixture of feelings. Exhaustion from Trump. Joy. And worry about the future.”

While it was a good sign that Republicans joined Biden at the church, he said, he worried that the polarized nature of U.S. politics would continue.