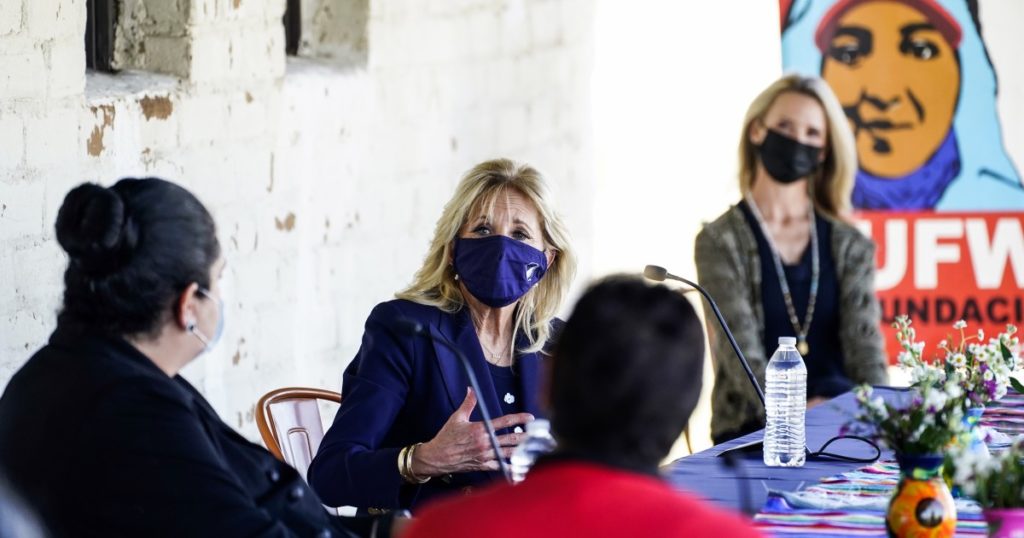 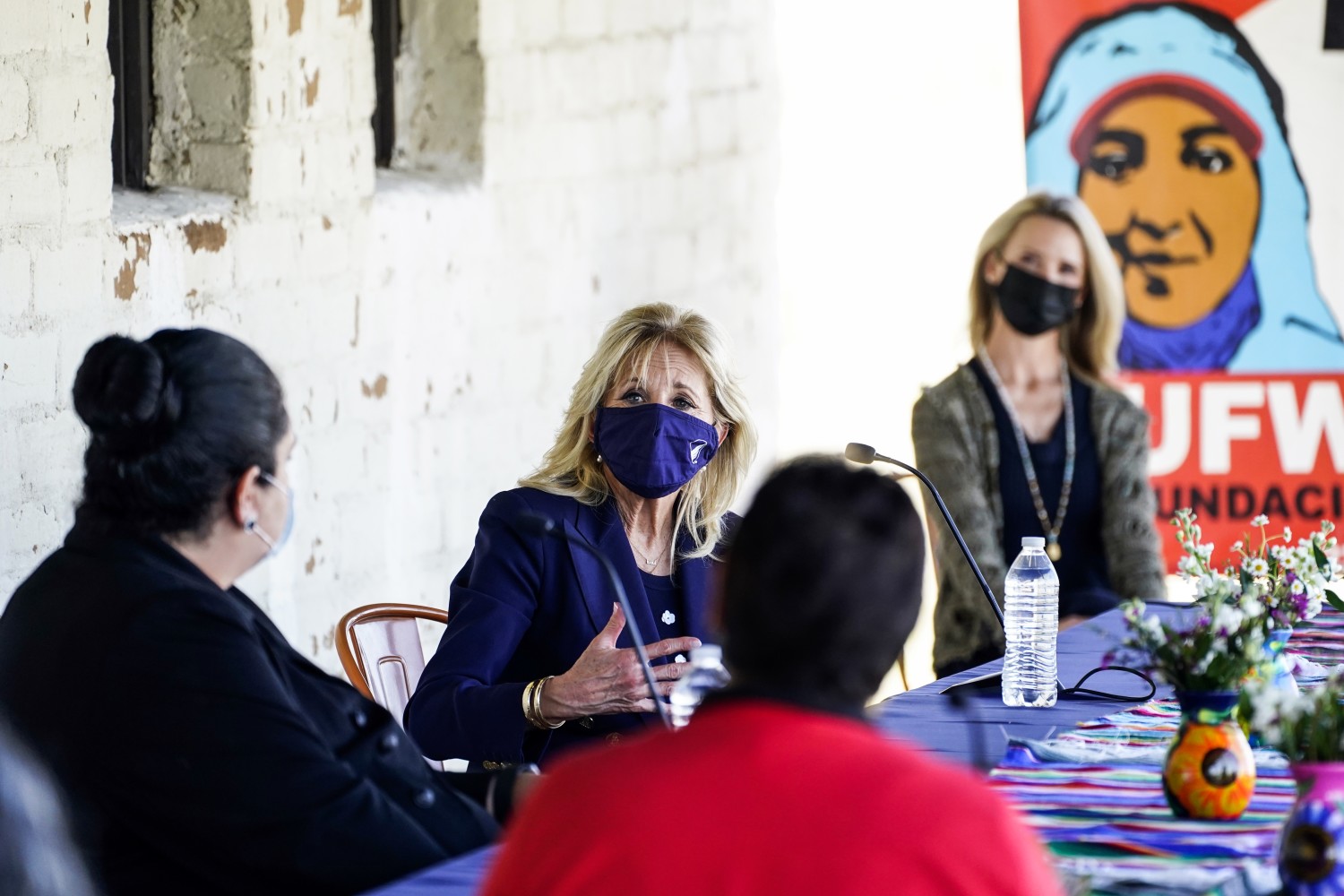 Alicia Zavala, who worked in the fields until she started a cleaning company with her husband, believes that sometimes God sends signs to say ‘Don’t give up.”

To Zavala, First Lady Jill Biden’s visit to Forty Acres in Delano, the historic birthplace of the United Farmworkers, on Wednesday was the second recent sign of renewed hope for farmworkers.

The first was on Inauguration Day, when Zavala saw a bust of César Chávez in the Oval Office as President Biden sat behind the desk. It was the bust of Chávez she had dusted daily at the National Monument in Keene, southeast of Bakersfield.

“I started crying. I started screaming! This bust that I had touched so carefully with my own hands was in the White House,” she said. “I knew that was a sign to all of us.”

In her remarks Wednesday, marking César Chávez Day with Gov. Gavin Newsom and UFW leaders, Jill Biden referenced that very bust and spoke of her husband’s admiration for Chávez.

“César Chávez understood that, no matter the obstacles, when people come together, united in cause, anything is possible.”

“Yes, we can—sí, se puede!,” she yelled in Spanish strongly laced with a Delaware accent.

“Sí, se puede!” answered the crowd, led by Delores Huerta, one of the movements founders who had led that very call that transformed California so many years ago.

When Huerta walked on to the grounds on Wednesday, a cry of “Viva Delores!” spread across the field as people spotted her.

The First Lady’s visit — her first to California since her husband took office — is the latest signal the Biden administration has made a priority of giving rights and a path to citizenship to agriculture workers.

Jill Biden noted in her speech that the U.S. House of Representatives had passed the bipartisan Farm Workforce Modernization Act.

But as much as her words, it was the First Lady’s presence in a place that for many is sacred ground, said UFW President Teresa Romero, that brought meaning.

Forty Acres is surrounded by grape fields. It’s where Chávez fasted for 25 days in 1968. It’s where farmworkers came for groceries during the pandemic and where recently thousands have received COVID-19 vaccinations.

“To stand here, you can feel that the work they started 60 years ago didn’t die, didn’t go away and that we will get up and keep doing it again,” Romero said. “For so many people, this is home. Here ‘Sí se puede’ is something you can feel in the wind.”

On the route from the Bakersfield airport to Delano, Biden’s motorcade passed the Central Valley’s almond orchards, grape fields and faded Trump/Pence signs.

At the entrance to Forty Acres a smattering of protestors held signs demanding the recall of Newsom, who spoke at the event and praised the Biden administration’s partnership with the state.

“No longer are we day and night going to battle,” Newsom said of the Trump years, when California and the federal government were often at odds.

Biden was introduced by Connie Perez-Andreesen, national vice president of the United Farm Workers, who at first was too moved to choke out words.

During the speeches, outside security, a long line formed as people waited to get get their shots at the afternoon COVID-19 vaccination clinic.

After a meeting with Latina farmworkers, Biden and Huerta went to the clinic and handed out stickers reading “I got my COVID-19 vaccination at Kern Medical.”

Earlier Biden had met with Chávez’s family. Introductions were made by Julie Rodriguez, the director of the White House Office of Intergovernmental Affairs and the granddaughter of César Chávez.

At the end of the day, Paul Chávez, César’s son and the César Chávez Foundation president, found himself thinking about another birthday celebration for his father and of that famous bust.

Back when Joe Biden was vice president, Paul Chávez had been driving through the Central Valley when his phone rang with an unfamiliar Washington D.C. number.

“I picked up and a voice said “Hi, this is Joe Biden, I’m thinking about your dad on his birthday.’ Normally those things are set up, but it was just him. No one else involved,” Chávez said.

“Then the day before the inauguration they asked to borrow the bust and we had a mad rush to build a crate and get it sent and then as we watched Biden take his seat in history, lo and behold the bust he wanted was sitting behind him,” he said.