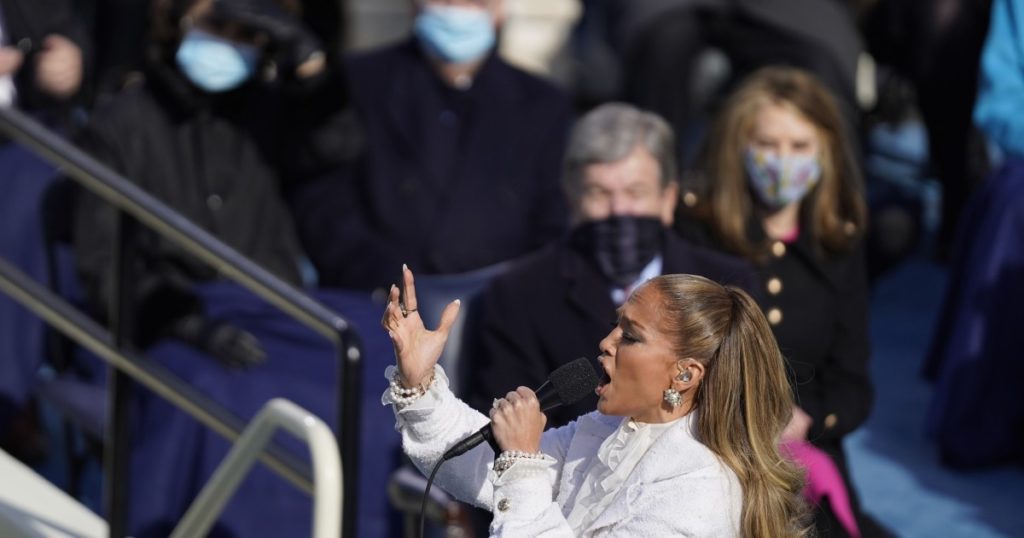 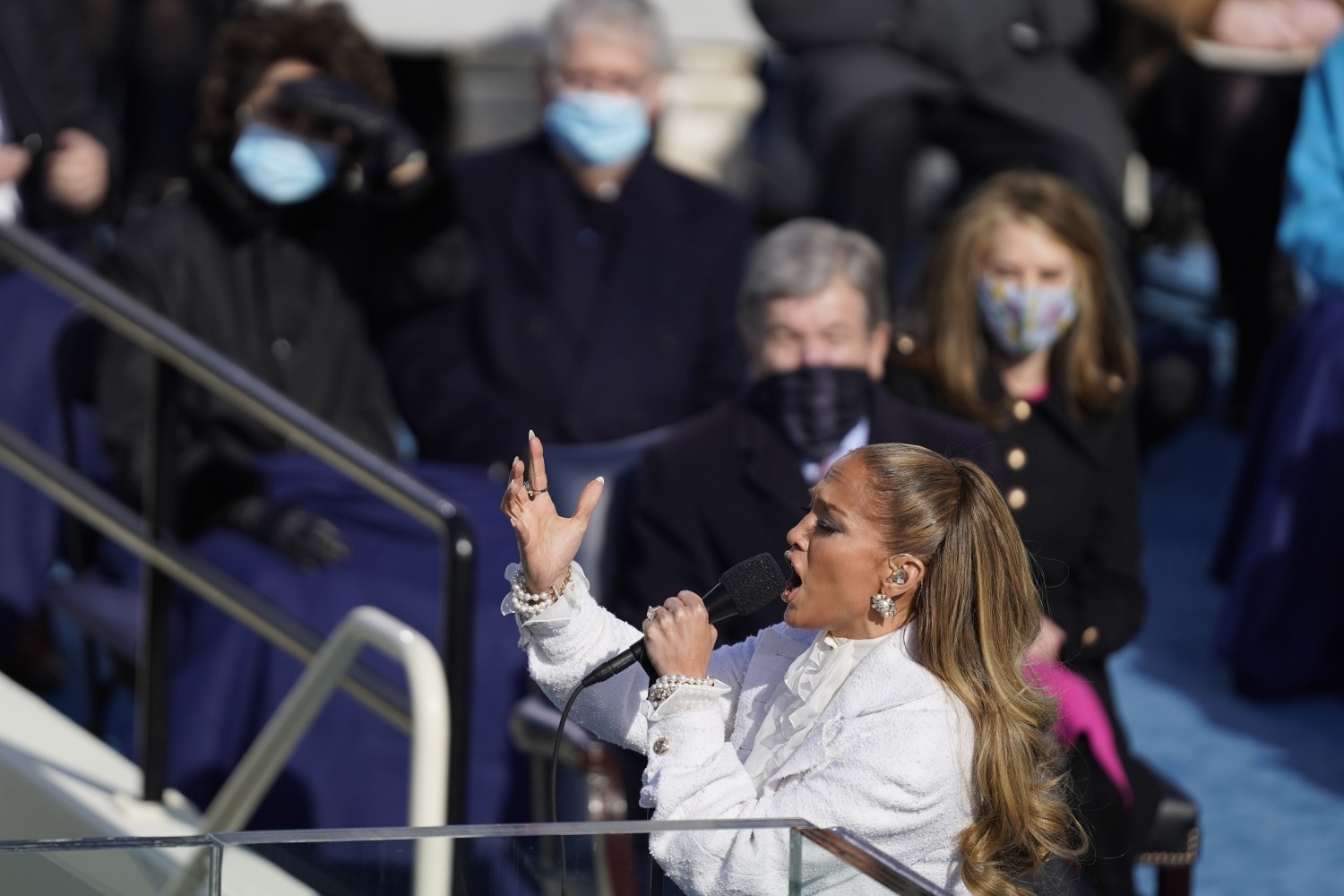 Nearly a year after she blazed through a handful of her hits (and a bit of Bruce Springsteen’s “Born in the U.S.A.”) during the 2020 Super Bowl halftime show, the singer and actress turned up at Wednesday’s presidential inauguration, where she linked the first two verses of Woody Guthrie’s “This Land Is Your Land” with “America the Beautiful” — and threw in a line from her own “Let’s Get Loud” just for good measure.

Wearing a shimmering white pantsuit, her hair slicked back into a long ponytail, Lopez remade the two American standards — the first a famously fought-over piece of U.S. history — in a kind of high-Disney mode, milking each note for maximum drama as the United States Marine Band accompanied her with a plush movie-music arrangement. (Shout out to the guitarist who snuck in a jazz-fusion lick at one point.)

Like Lady Gaga, who preceded her with a rendition of the national anthem, Lopez took some liberties with her phrasing and tempo, speeding up and slowing down like a lifelong star well accustomed to being closely followed by her collaborators.

And she didn’t pass up the opportunity to try to cleanse the spot where insurgents soiled the American dream two weeks ago: Building up to her big finish, Lopez paused to recite the last line of the Pledge of Allegiance — in Spanish.

“Una nación, bajo Dios, indivisible, con libertad y justicia para todos!” she said, her eyes sparkling with pride — “One nation, under God, indivisible, with liberty and justice for all.”