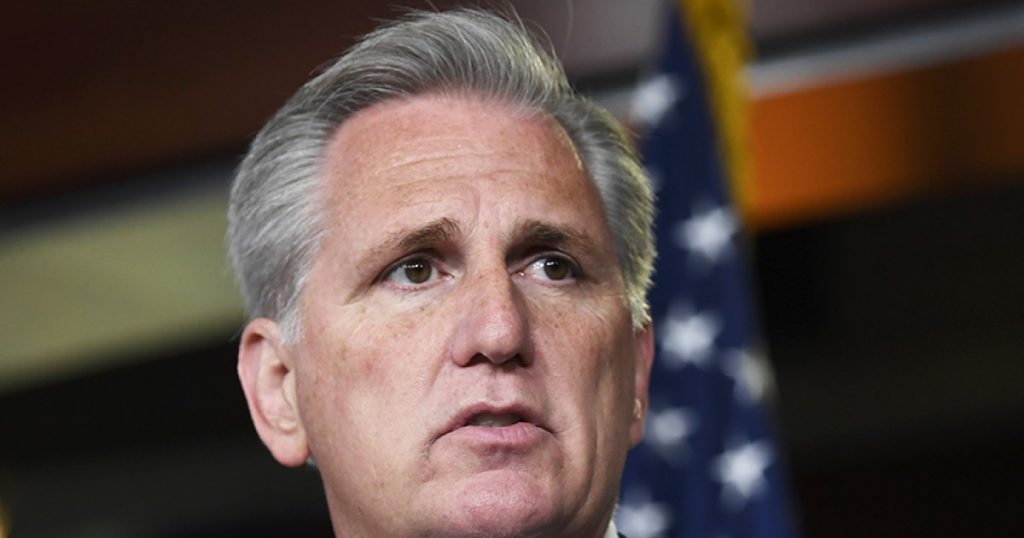 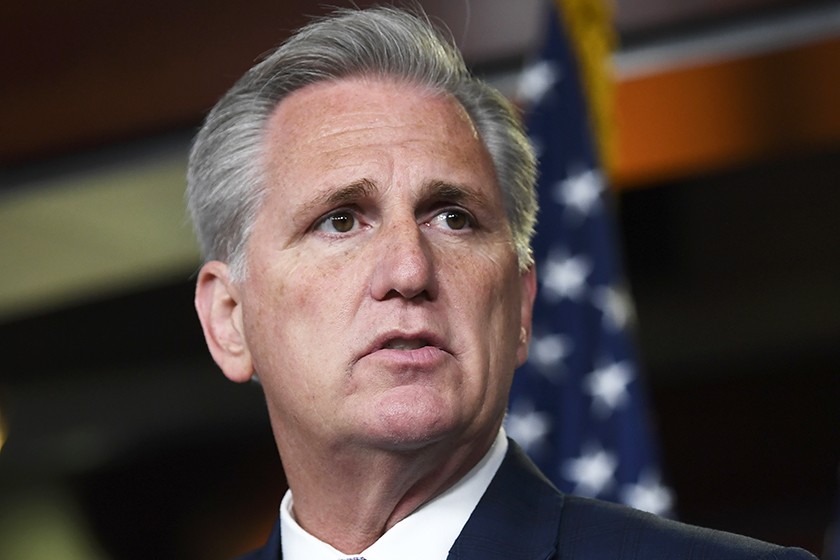 The Jan. 6 committee is looking for a smoking gun — or, more likely, a smoking tweet.

That appears to be the aim behind a recent series of requests issued by the House committee investigating the insurrection at the U.S. Capitol that took place earlier this year. The committee has asked 35 tech and telecommunications companies to preserve communications data from hundreds of individuals who may have been involved in or have information about the day’s chaos.

The firms haven’t been asked to turn over the data yet; for now, the committee is only asking the companies to preserve records from specific people in case the committee needs them as part of its investigation later. If that happens, the committee will probably issue a subpoena.

Nevertheless, the request has already put some Republicans on edge. If the companies comply, House Minority Leader Kevin McCarthy (R-Bakersfield) threatened, his party “will not forget” it next time they’re in power. McCarthy himself is one of the individuals whose data is sought, according to CNN.

But what, exactly, is at stake? What data do these companies have, and how likely are they to fork it over if it comes to that?

The requests were sent to a wide swath of companies, ranging from social media platforms and messaging apps to email services and phone companies.

But language shared across the letters outlines the same requests: that each company preserve information it possesses about individuals who have been charged by the Department of Justice or District of Columbia with crimes related to the insurrection; were involved in organizing the rallies held in D.C. on Jan. 5 and 6 that preceded the siege of the Capitol; or may have been involved with plans to delay or disrupt the election certification process.

Beyond that, however, the requests differ among different subsets of companies.

The social networks, forums, email platforms and messaging services — as well as tech companies that offer a wide variety of products, such as Amazon and Microsoft — were all asked to preserve “metadata, subscriber information, technical usage information, and content of communications” from April 1, 2020, through Jan. 31, 2021, for individuals named by the committee.

Subject to that request are data such as the names, IP addresses and other identifying information behind relevant user accounts; the metadata and “call or message details” associated with accounts; and the contents of communications such as emails, voice messages, direct messages, text messages, videos, photos “and other files or other data communications stored in or sent from the account.”

Among the information they’ve been asked to preserve is cellular location information (such as cell tower locations and historical GPS locations); records about ingoing and outgoing calls and texts (including the contents of texts); voicemail and text metadata; and subscriber information ranging from Social Security numbers to physical addresses to billing records.

The nature of the data requested for preservation could signal the avenues which committee members plan to go down during the course of their investigation — as well as concerns that tech companies might lose or purge the data otherwise, as Facebook was recently caught doing. (Facebook has chalked the disappearance up to an accident, and said it’s now been fixed.)

Meanwhile, Google appears to have been singled out with a custom-made letter calling on Chief Executive Sundar Pichai to preserve a long list of Google account records such as search and browsing activity; emails (“including drafts and emails located in trash and spam”); Google Pay transactions; Google Calendar events (“and information on all attendees or invitees”); files saved with Google tools such as Drive, Photos and Contacts; messages sent through Google Hangouts and Chats; account location history; and Google Voice call logs.

Although the list of the individuals whose data is being targeted has not been released, committee Chairman Bennie Thompson (D-Miss.) has said it includes hundreds of names. CNN reported on Monday that the list, which is said to be evolving, at one point included former President Trump, various members of the Trump family, and Trump-aligned Republican members of Congress such as Marjorie Taylor Greene, Matt Gaetz, Lauren Boebert, Jim Jordan and Madison Cawthorn.

McCarthy, who opposed the creation of the Jan. 6 committee, has warned companies that they would be violating federal law if they handed over records during the investigation. His office did not answer an email asking what law he might be referring to. The Times was unable to identify any federal law that might bar companies from complying with such a request.

Among the greatest unknowns from Jan. 6 is exactly what President Trump was doing during the hours-long riot, including who he spoke with. Military and Justice Department leaders have told Congress they did not speak to the president that day. But several GOP representatives and senators, including McCarthy, are known to have been in direct contact with him and have largely declined to discuss the contents of the conversations.

Although some Democrats have made broad accusations that some of their Republican colleagues aided the Jan. 6 rioters, they have not provided evidence to back up the assertion.

There is a history of communications companies complying with government subpoenas and with politicians being upset about it.

Democrats were aghast to learn earlier this year that the Trump administration’s Justice Department had subpoenaed some House members’ communications as part of an investigation into leaks related to the Russia election interference investigation.

And during Trump’s first impeachment, Republicans were angered that Democrats had identified GOP representatives’ phone numbers as part of a broader sweep of communications from the White House.

Many of the companies subject to the inquiry did not respond to a request for comment from The Times, or declined to comment. The few that did issue statements offered few details as to what data they have and will turn over if asked.

“We have received the request and look forward to continuing to work with the committee,” said a Facebook representative.

“We received the letter in question and are fully cooperating with the Committee on this matter,” said a spokesperson for Reddit.

“We have been contacted by the House Select Committee and intend to cooperate fully as appropriate,” a Discord representative wrote.

However, ProtonMail — an encrypted email service based in Switzerland — said that its encryption means the company doesn’t have access to the data in question. What more, a representative added, Swiss law makes it illegal to share that data with American authorities.