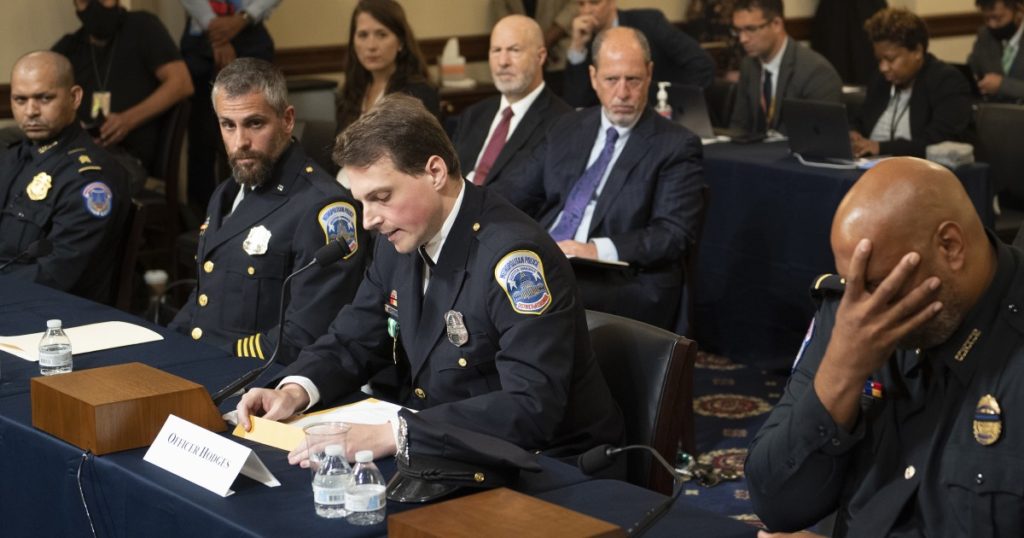 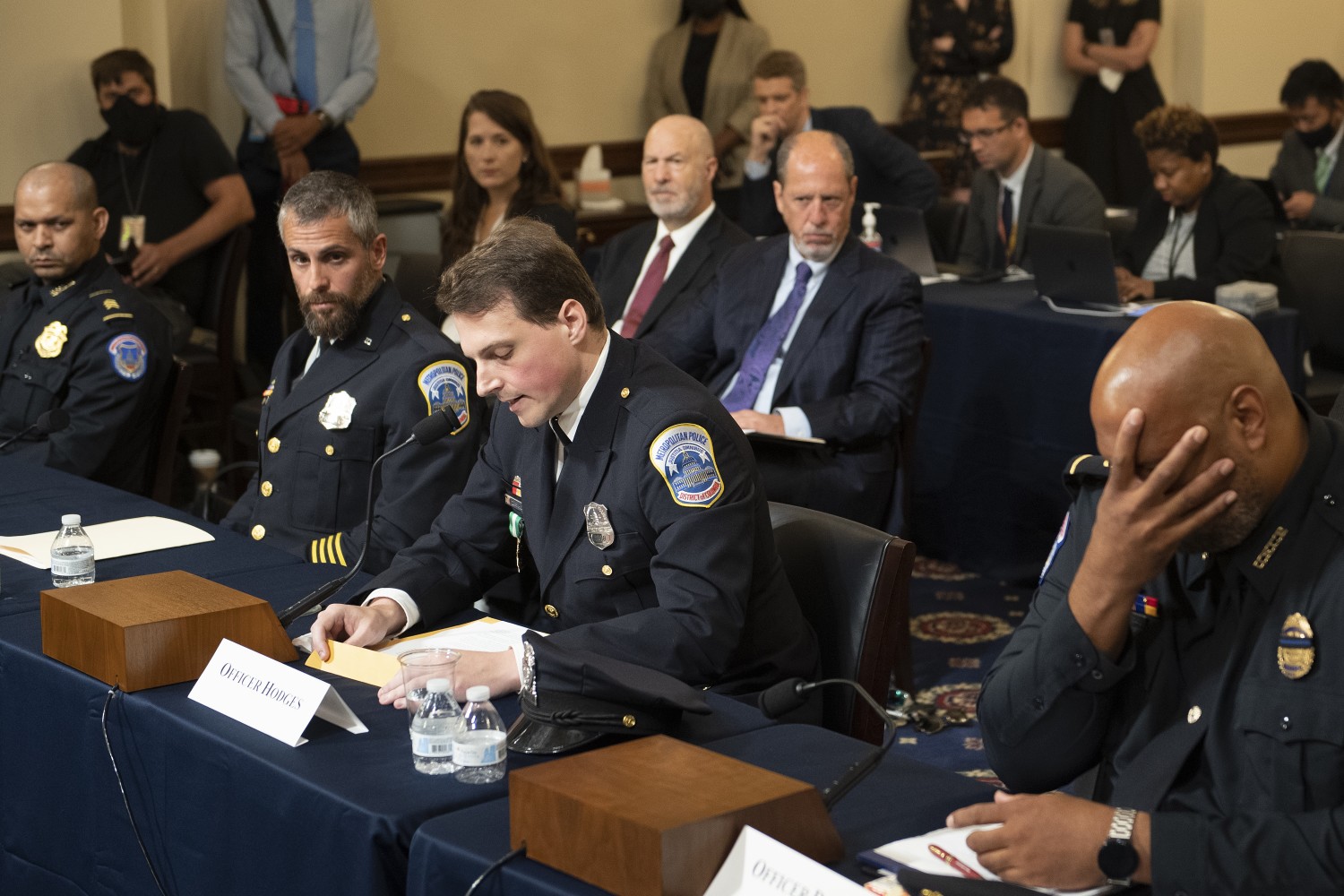 Sober first-person accounts from police marked the first hearing of the House committee tasked with investigating the Jan. 6 attack on the Capitol.

The attack, which occurred following a rally by President Trump near the White House and disrupted for several hours Congress’ obligation to publicly count the electoral college votes of each state, led to five deaths, including that of a police officer. Two officers later died by suicide.

While both sides decried the violence that occurred that day, it quickly became another deeply polarizing moment in Washington.

Senate Republicans had previously blocked a vote to create an independent, nonpartisan commission to study what led to the attack, and Republican leaders declined to participate in the House investigation.

Tuesday’s hearing was the first in what is expected to be a months-long investigation. Here is what we learned:

Gut-wrenching testimony laid bare the violence of the day

While some of the officers who testified have spoken publicly about their experience, the first-person retelling of their injuries, how they feared for their lives and how they are emotionally dealing with the events six months later brought the men, and the representatives questioning them, to tears repeatedly.

The panel detoured from the normal five-minute opening statements granted to witnesses, and let each officer recount the day for as long as they wished before answering specific questions. Body camera footage, some new, highlighted the extent of their injuries and the rancor thrown at officers by people wielding American flags as weapons.

Aquilino Gonell, a Capitol Police sergeant who faces multiple surgeries and at least a year of rehabilitation, said he was more scared for his life Jan. 6 than during his Army tour of duty in Iraq. See the article : Second Opinion: ‘Grand strategy’ has a bad rep. There is a way to fix it. He spoke of not hugging his wife when he got home because his uniform was soaked in chemical irritants he had been sprayed with. A shower made the irritants reactivate and he lay in bed for hours in agony before putting on a fresh uniform and heading back to work.

Metropolitan Police Officer Michael Fanone was pulled from a line of officers defending an entrance to the building and dragged into the crowd. where he was beat and tasered repeatedly at the base of his skull with his own weapon. He suffered a heart attack.

He fought with one rioter trying to seize his gun “as I heard chants of ‘Kill him with his own gun,’” Fanone said. “I can still hear those words in my head today.”

The officers recounted watching colleagues flush bear spray out of their eyes and rush back into the fray, some bleeding or with broken bones. More than 140 officers were injured Jan. 6, some permanently.

They relayed how the crowd taunted them, calling them traitors.

Capitol Police Officer Harry Dunn, who is Black, said Jan. 6 was the first time he’s been called a “n—” while in uniform. He urged colleagues to seek out therapy, and Congress to ensure officers and staff have the resources they need. The Capitol Police ranks have shrunk dramatically since the attack. 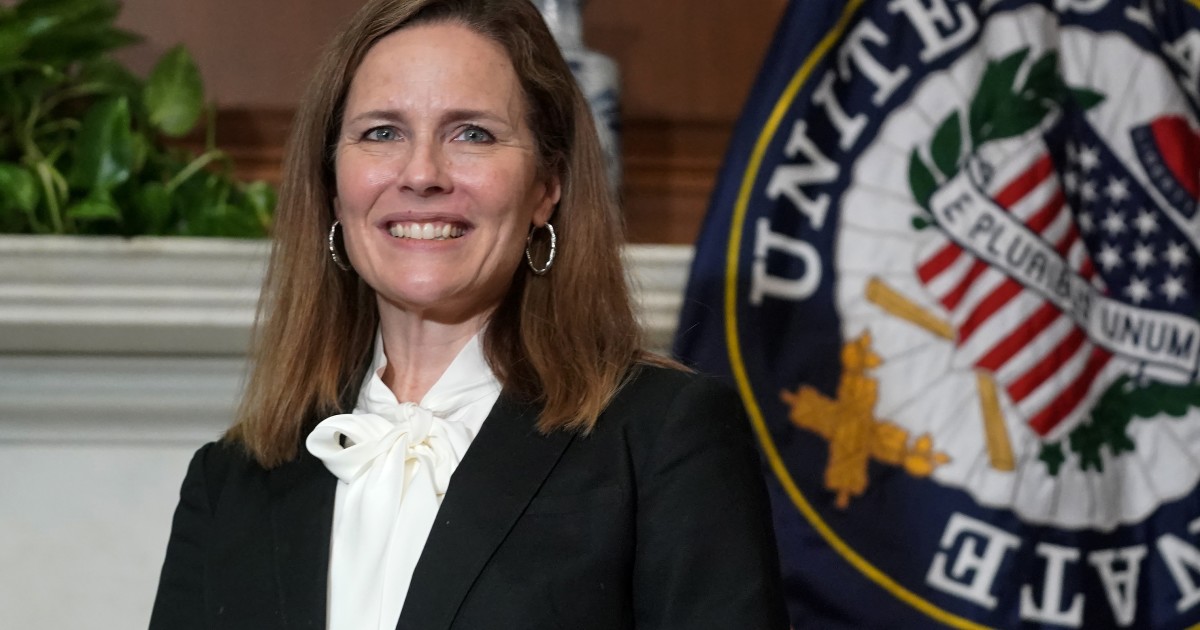 To see also :
Supreme Court rules for government in FOIA, immigration cases
The Supreme Court’s conservative majority sided with the government Thursday in a…

Officers blamed Trump for the riot

“If a hit man is hired and he kills somebody, the hit man goes to jail,” Dunn said. “But not only does the hit man go to jail, but the person who hired them does. There was an attack carried out on Jan. On the same subject : IRS firm audits, wealthy Americans to rise in Biden tax plan. 6, and [someone] sent them. I want you to get to the bottom of that.”

The officers said rioters repeatedly shouted that Trump had sent them as they assaulted police. 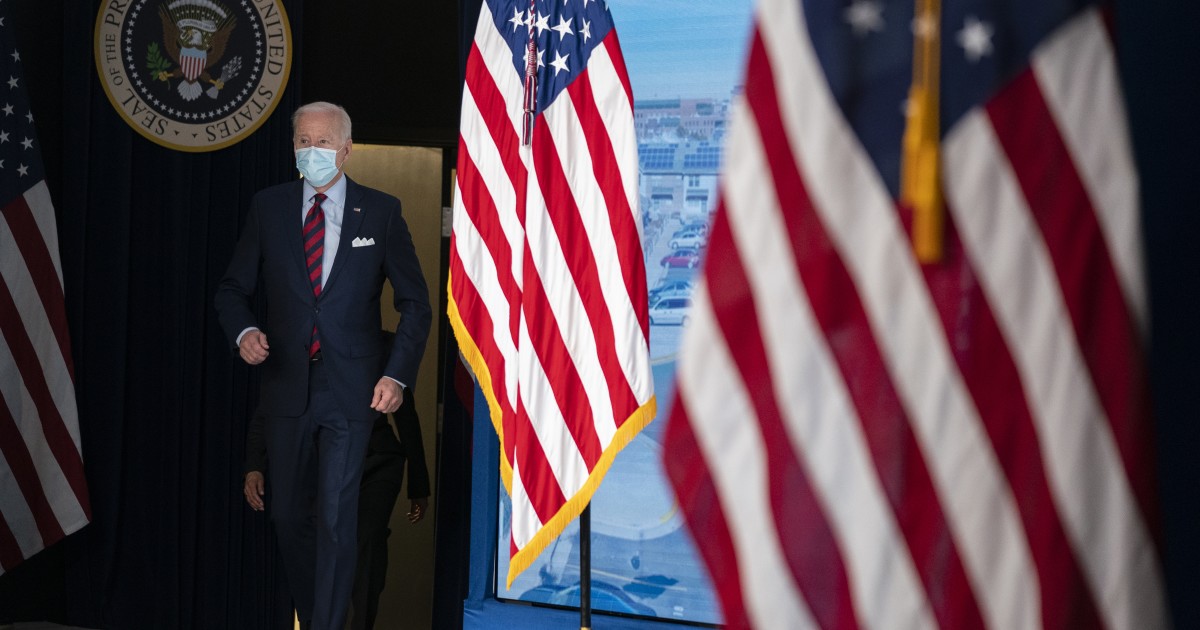 Each officer used stark terms to describe their attackers as terrorists and insurrectionists. Metropolitan Police Officer Daniel Hodges even read the definition of “terrorist” in U. See the article : Column: Ted Cruz and Josh Hawley are torching the Constitution.S. code to justify why he insisted on using the term.

Some Republicans have criticized using the terms “insurrection” and “terrorism” to describe the attack, saying the majority of those present protested peacefully and did not enter the building or hurt police.

Not having firebrands in the room changed the tone

Last week, House Republican leader Kevin McCarthy (R-Bakersfield) withdrew his five picks to serve on the committee when House Speaker Nancy Pelosi (D-San Francisco) rejected two who have been vocal proponents of Trump’s lie that the election was stolen.

Pelosi added two Republicans herself to keep the panel bipartisan, Wyoming’s Liz Cheney and Illinois’ Adam Kinzinger, both of whom voted to impeach Trump over the Jan. 6 attack and have been vocal that the party needed to move away from him.

Committee staff say rather than meeting separately, the Republicans are actively engaged in planning the course of the investigation alongside their Democratic colleagues.

The decision to withdraw left Trump without defenders in the room, and the lack of incendiary rhetoric was noticeable.

The panel started the hearing by shaking the hands of each officer testifying, a fairly unusual sight in what could have been a contentious hearing. All of the lawmakers stayed in the chairs for the majority of the three-and-a-half-hour hearing and spoke repeatedly about putting policy differences aside so the committee could focus on reaching the truth.

Without a Trump ally on the dais there was no one to defend the former president, or to point the finger for security failures at Democratic leaders as Republicans have tried to do in recent days.

“I’m frustrated that six months after a deadly insurrection breached the U.S. Capitol for several hours on live television, we still don’t know exactly what happened. Why? Because members of my party have treated this as just another partisan fight. It’s toxic and it’s a disservice,” Kinzinger said. “We may have our deep differences on other policy issues, but we are all Americans today.”

A fight is likely coming over access to evidence and testimony

Democrats’ previous investigations into the Trump administration, including the two impeachments, were stymied by Trump’s broad invocation of executive privilege and the Trump Justice Department’s refusal to enforce congressional subpoenas.

But in a letter Tuesday, the Biden Justice Department told former Trump officials they cannot invoke executive privilege to avoid testifying before Congress about conversations or communications with the president.

Chairman Rep. Bennie Thompson (D-Miss.) said that subpoenas are likely and no individual is off the table, including Trump and senior White House officials. But some former Trump officials are expected to challenge such efforts in court.

The committee will hold a meeting next month, he said.