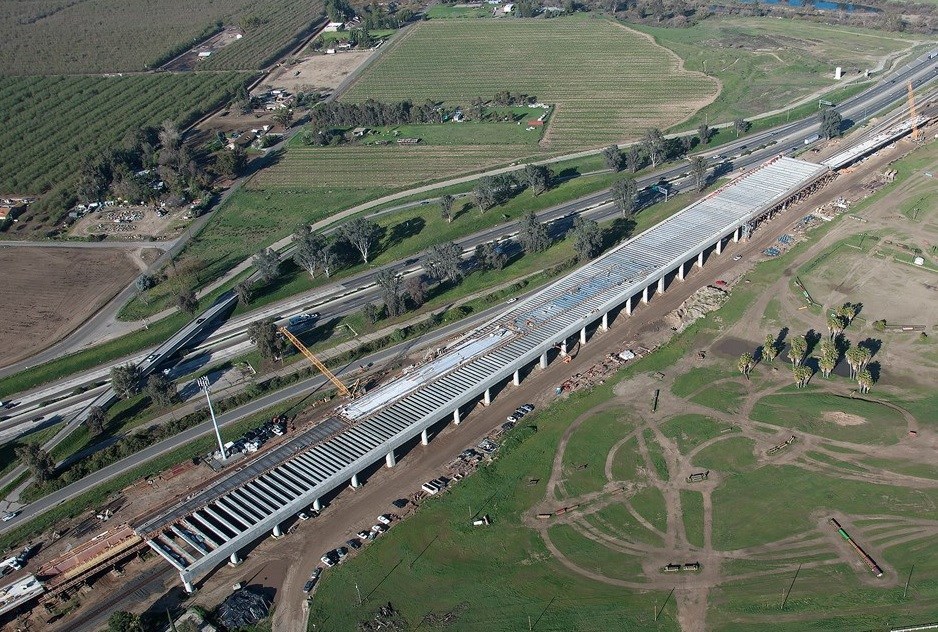 The California High-Speed Rail Authority’s (CAHSRA) current proposed business plan and accompanying finance plan was the subject of a joint Assembly hearing yesterday. But while it was billed as an opportunity to “pause and consider the purpose of the project in the context of meeting the state’s mobility needs,” the hearing was more a disjointed airing of complaints. The hearing’s co-chair, Assemblymember Richard Bloom (D-Santa Monica), tried to keep a lid on the speechifying, which left time for almost an hour’s worth of public comments. Pretty much all the callers spoke up in strong support of the program and the business plan.

But there was nothing for the committee to vote on or approve. CAHSRA is accepting public comment on the draft business plan until tomorrow – Friday, March 12 – and must submit a final draft to the legislature by April 15.

CAHSRA CEO Brian Kelly outlined the current business plan, which focuses on completing a usable 171-mile segment of electrified high-speed rail from Merced to Bakersfield. Doing so would cut travel time in the corridor between 90 and 100 minutes and provide more transit connections to other parts of the state. It would also create a high-quality transit connection between “three of the fastest-growing cities in California,” according to Kelly – Bakersfield, Fresno, and Merced.

And, of course, it’ll become the spine of a 400-mile system linking Southern California and the Bay Area.

119 miles between Madera and Poplar Avenue, south of Visalia, is already under construction. The finance plan requests that the legislature allocate money from Prop 1A bonds to finish and electrify it. More money than what’s in the remaining bonds would be needed, however, to design and construct the remaining pieces of that preliminary segment, which are more complex because they extend into populated areas and require new station platforms to connect with existing rail services such as ACE in Merced.

While it’s not clear where the funding would come from, federal assistance is likely. “It’s hard to overstate the difference with the new administration,” said Kelly, describing the last one as “hostile.” The Trump administration withdrew $1 billion in promised funding, but communication with the current administration is much better, ongoing, and two-way. With reasonable people that appreciate rail running the show in Washington, that funding is almost certain to come back.

Usually, said Kelly, a large transportation project like this would be done in partnership with the federal government, but at this point California is funding almost eighty percent of it. “We’d like to reverse that,” he said.

Louis Thompson, who heads the High Speed Rail Peer Review Group, agreed that new federal funding is “a possibility,” although it’s not guaranteed. “We will know better in six months or so,” he said, suggesting that the California legislature might want to delay any funding decisions until the situation is clearer.

But he urged the legislature to make a decision on whether it will commit to the project going forward. “High-speed rail is not a project of the legislature,” he said. “Prop 1A [the voter-approved bond fund to launch high-speed rail] did not create full funding for the program, and the project has struggled every year with this fact. The scope has been reduced as costs go up and funding sources do not. This project can never be managed without adequate and stable funding.”

“There are plenty of ways this could be financed, if the vision is agreed on,” he said. “The key question for the legislature is: what do we want to do, and how do we want to pay for it? Currently the project is in a kind of consolidation phase; there’s a chance right now to see whether there will be federal funding, to see whether an interim plan for initial operation system will gel.”

Thompson pointed out that good progress has been made in the last few years, including getting right of way and third-party agreements under better control, and more “realism” at the Authority about what it says it can do. “There is good reason to believe they can complete that 119-mile segment, add electrification, and buy rolling stock with the existing money,” said Thompson. “But extending it further is more of a challenge.” That’s because projected costs are high, engineering is “far from detailed,” and agreements with the other transit providers are not yet concrete.

If the state is committed to completing the project, then it will need to find more funding for it, one way or the other, he said. “Past problems have been caused by haste,” he said, pushed in part by pressure from the previous federal administration, but that pressure is now gone. “Continuity is needed,” he said, “not just funding through one budget cycle” but with an ongoing commitment by the legislature.

The question being: is that commitment there?

That would be hard to say, judging from this hearing. Committee members were more interested in airing a range of complaints, but no one took up Thompson’s suggestion to discuss commitment, or creating a stable funding source. Assemblymember Jim Patterson (R-Fresno), for example – a staunch opponent of the program – complained that his district is being “betrayed” and that Fresno is “all torn up.” Assemblymember Vince Fong (R-Kern County) complained that the project is “off the rails,” and Assemblymember Luz Rivas (D-Arleta) pushed, as she has in the past, for further study on “alternatives” that would bring more benefits to her Southern California district.

In response to Rivas, Kelly pointed out that CAHSRA is charged with figuring out how to get the most statewide benefits from existing funding as possible. A study the Authority published last year, partly in response to her questions, concluded that investing in an operational segment in the Central Valley would do so. “The incremental benefit” of moving high-speed rail money to areas that already have existing, comparatively robust transit systems “had less impact [on statewide benefits] than in the Central Valley, which has little transit now,” he said.

Assemblymember Friedman asked questions about the proposal to start with a single track on the first segment, a money-saving suggestion from the Authority to get service up and running more quickly. She wanted to know whether it would affect ridership, and whether it would interfere with the goal of running eighteen trains per day. Kelly responded that it would not.

She asked why the Authority was not looking at alternative technologies to electrify the system – for example, fuel cells. “Isn’t it financially irresponsible to not consider emerging technologies?” she asked.

Kelly, pointing out that the bond bill included a requirement that the high speed rail reach at least 220 miles per hour, said, “I know of no fuel cell technology that can reach that speed. The technology we are operating under now is proven.”

He warned of another “risk that should be taken into consideration” – if only the current 119-mile segment is completed, “you will have spent $14 billion on a system that does not get you eighteen trips a day, that will be forced to share tracks with freight corridors, and will not bring an increase in ridership.”

“We see bigger benefits from extending the initial segment (to Madera and Bakersfield) and adding electrified rail.”

But “there is no question that we need to do this methodically,” he said.

Expect the high-speed rail conversations to continue. But the legislature needs to find a way to focus the discussion on the main question: are we committed to this program, or not?

The original bond funding was never meant to fully fund construction of a high-speed rail project from Los Angeles to San Francisco, no matter what the pundits and opponents might say. Looks like it might be time to talk about where the rest of the money ought to come from.