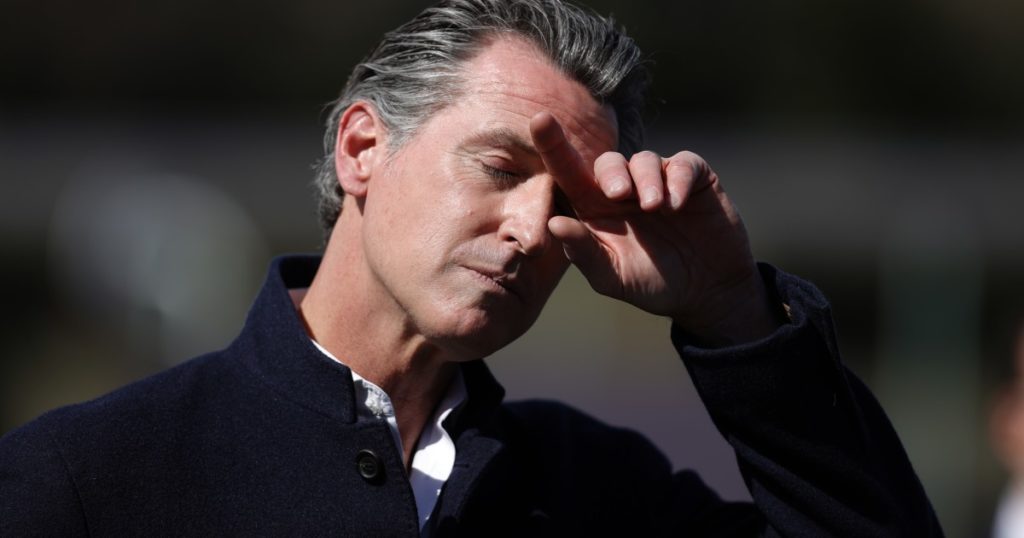 For months, Gov. Gavin Newsom and the Democratic establishment have painted the effort to recall the governor as a Republican power grab fueled by supporters of former President Trump and hard-right activists.

But a divide is emerging among Democrats over whether this attack is the smartest approach now that the measure has garnered enough signatures to qualify for the ballot.

Some party leaders are arguing that a wiser tactic is to recognize that some Democratic and independent voters signed recall petitions because they were frustrated by the hardships caused by the economic and school closures during the pandemic.

Christine Pelosi, who just finished a 10-year term as chair of the party’s women’s caucus, said she knows of Democrats from the Marina District in San Francisco as well as from the rural edges of the state who signed the recall petitions. By not recognizing the validity of their hurt and instead focusing on partisanship, Pelosi said, recall opponents are turning off Democratic and independent voters who could be brought back into the fold.

“We have to begin with compassionate empathy for the terrible year they had,” said Pelosi, the daughter of House Speaker Nancy Pelosi (D-San Francisco) and a member of the Democratic National Committee. “If we’re not speaking to the reality of people’s truth, then they’re going to become engaged against us.”

Pelosi was the most prominent delegate who urged party officials during their virtual convention on Sunday to strip language that referred to the recall as “Republican” and “partisan” from a resolution opposing the effort to oust Newsom from office.

The effort was unsuccessful, with 593 delegates voting to eliminate the descriptions and 627 voting to keep it.

“This is a Republican recall, this is a partisan ploy,” said state party Chairman Rusty Hicks, who authored the resolution with Sen. Alex Padilla. “As I led off our convention by saying, [the recall is] an attempt to get around the barrier that California Republicans can’t seem to overcome, and that is winning statewide office in California.”

Democrats’ strategy has been to cast the effort as a GOP-led effort to accomplish through a special election what they have been incapable of doing in a regular election since 2006, the last time Republican candidates won statewide office.

The anti-recall committee backed by Newsom’s allies is called “Stop the Republican Recall of Governor Newsom.” Speakers at the weekend convention repeatedly described the measure in partisan terms.

“We have to put an end to that awful recall campaign against our governor,” said former U.S. Sen. Barbara Boxer. “It is unnecessary. It is opportunistic. It’s a right-wing recall. And if these Trump Republicans want to run for governor, let them when Gavin’s term is up.”

Nathan Click, a spokesman for the anti-recall campaign, defended the branding, noting that the effort was created, funded and led by Republicans, including some with ties to Trump and extremists.

“We’re just telling it like it is,” he said, adding that the resolution, with the language labeling the recall a Republican and partisan effort intact, was approved by Democrats on a 1,011-111 vote.

Earlier this year, recall advisors said that about two-thirds of petition signatories were Republicans, 9% were Democrats and the remaining quarter were registered without party preference.

While there’s no way to verify these figures, Democratic strategist Garry South said that if these figures are true, that means less than 2% of the state’s 10.7 million registered Democrats signed recall petitions.