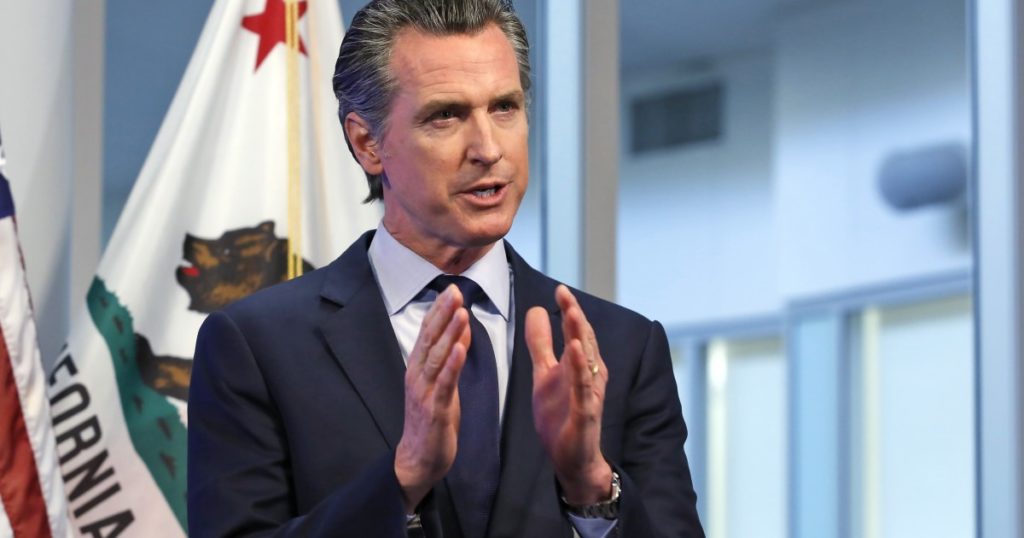 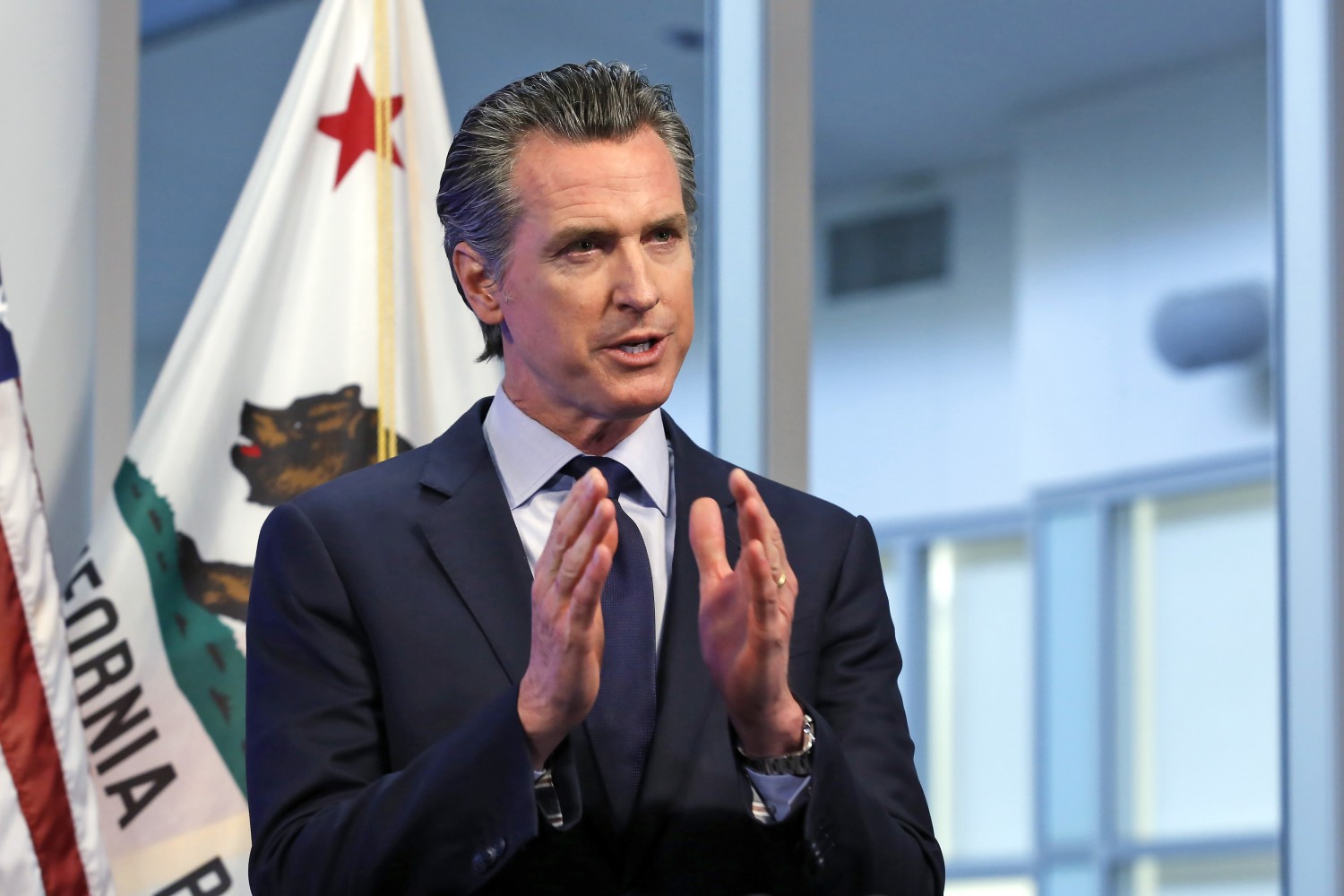 As the effort to oust Gov. Gavin Newsom from office intensifies, a critical question is whether another Democrat jumps into the race to replace him. No candidate has come forward yet, but many political experts believe it is inevitable.

Democrats “won’t have any choice,” said Dan Schnur, who teaches political communication at USC and UC Berkeley. “It’s important to present a unified front, but it’s even more important for them to protect themselves.”

“The fundamental point is Democrats really have to think long and hard about not having a good alternative to Gavin on the ballot if he is recalled,” he said. “That’s just the reality.”

Democratic contenders could come from a handful of categories: an impatient progressive frustrated by the logjam for top statewide seats, a candidate with nothing to lose, a rich neophyte or a party pick if Democratic leaders ultimately decide it’s too risky not to have a backup plan.

Rumors are swirling about potential candidates quietly talking to donors and allies. They include former Los Angeles Mayor Antonio Villaraigosa, who ran against Newsom for governor in 2018 but quickly endorsed him after he lost in the primary. He pivoted to the COVID-19 crisis when asked whether he would enter the race.

“At a time when we’ve lost 50,000 Californians in the middle of a pandemic, politics is the last thing we should be talking about,” Villaraigosa said.

On Friday, after he tweeted about the detrimental effect of school closures — an implicit criticism of Newsom’s handling of the pandemic and one of the recall proponents’ top arguments against him — a longtime advisor to the governor lashed out at him.

“My old friend Antonio will embarrass himself and forever poison his legacy if he runs,” tweeted Sean Clegg, who previously advised Villaraigosa.

Other Democrats have shot down speculation about entering the race or have publicly demonstrated their allegiance to Newsom.

Lt. Gov. Eleni Kounalakis, a wealthy former ambassador, has said she would not run. Rep. Ro Khanna of Fremont, a darling of the progressive left, reached out to Sen. Bernie Sanders (I-Vt.) to get him to publicly state his disapproval of the recall and is among the leaders of the anti-recall campaign.

Los Angeles City Councilman Kevin de León, who challenged fellow Democrat U.S. Sen. Dianne Feinstein in 2018 and is widely believed to be running for mayor in 2022, has been speaking out against the recall on Spanish-language television. Treasurer Fiona Ma and Assembly Speaker Anthony Rendon have donated $10,000 from their campaign coffers to anti-recall efforts.

Still, some said privately that much depends on what happens in the coming months.

“I’d be crazy not to look at it,” said one well-known California Democrat who would speak candidly only if given anonymity.

Newsom’s team is feeling confident about the lack of a Democratic challenger, but conceded that that could change.

“The unified support is true. Until it’s not true anymore,” said one person in Newsom’s circle who requested anonymity to speak forthrightly.

“Having another Democrat in the race takes away from Newsom’s strongest talking point — that it’s all a partisan exercise,” Schnur said. “It also gives progressives who don’t like him a reason to vote yes.”

Wednesday was the deadline for recall proponents to submit signatures, and the verification process is expected to take weeks. Both sides agree that supporters of the effort appear to have submitted the 1.5 million valid signatures required to put it on the ballot. The election would then be held late this year, possibly November.

Voters will be asked two questions: Do they want to recall Newsom, and — regardless of how they answer the first question — if he is recalled, who should replace him?

So far, three prominent Republicans have announced they are running — former San Diego Mayor Kevin Faulconer, former Rep. Doug Ose and businessman John Cox. The deadline to appear on the ballot is 60 days before the election.

Newsom kicked off his anti-recall campaign by appearing on national news and entertainment shows, pushing his assertion that the endeavor is a GOP power grab backed by the supporters of former President Trump and extremists.

It’s a message designed to resonate in a state where Trump is hugely unpopular and one that Newsom’s allies — California’s top Black, Asian American and LGBTQ elected officials in particular — have repeated in recent days as they spoke out against the recall.

This strategy only works if no other notable Democrat runs.

“Hell no, we don’t want a Democrat on the replacement line. We’ve seen this movie before, and we know how it turns out,” said Garry South, a former advisor to Davis.

As Davis faced recall, South said, Feinstein grew concerned — she had successfully beat a recall attempt as San Francisco mayor. Feinstein persuaded every statewide elected Democrat, including Bustamante, to announce that they backed Davis and would not run to replace him.

“Bustamante reneged and got into the race,” South said. “And it gave credibility to the recall.”

Davis’ focus groups showed that for a number of Democratic voters, especially Latinos frustrated by the then-governor’s veto of a 2002 bill granting driver’s licenses to the undocumented, Bustamante’s entry into the race persuaded them to vote for the recall, South said. He estimates that it cost Davis 5 points in the recall vote — not enough to swing the election, but enough to have made it closer.

“It gave too many Democratic voters a ‘get out of jail free’ card by voting to recall Davis and placate their conscience by voting for Bustamante,” he said.

Ultimately, Democrats tried to have it both ways — urging a no vote on the recall and a backup vote for Bustamante in case it was successful. The muddled message as well as Schwarzenegger’s name recognition and popularity ousted Davis, who became the first California governor successfully recalled and the second in U.S. history.

But 2021 is not 2003, and Newsom is not Davis. The current governor is more popular than the former, and the state’s voters have grown more liberal over the last 18 years.

Democratic strategist Katie Merrill said these differences make her believe Democrats can get away without running a backup, though she said the decision is “high-stakes poker, no question about it.”

“There’s not a single person in the state, a Republican, who could put their name on the ballot and approach anything close to the popularity Schwarzenegger had at the time he ran,” Merrill said.

Newsom’s strategists and the state’s Democratic leaders have also done a better job of keeping the party’s politicians united behind Newsom and off the ballot — so far.

“They’ve done an excellent job of putting out that fire,” said Steve Maviglio, Davis’ former press secretary. “They’ve made it clear whoever would do it would be a pariah in the party for the rest of their lives.”

Every statewide elected official has publicly opposed the recall, with the exception of Secretary of State Shirley Weber and Atty. Gen. Xavier Becerra, who resigned Thursday after he was confirmed to be U.S. Health and Human Services secretary. Weber is the administrator of the state elections; taking a position on the recall could create a perception problem.

The election is many months away, and Schnur said the uncertainty over what could happen over the next several months is why Democrats are almost certain to have a name on the ballot come election day.