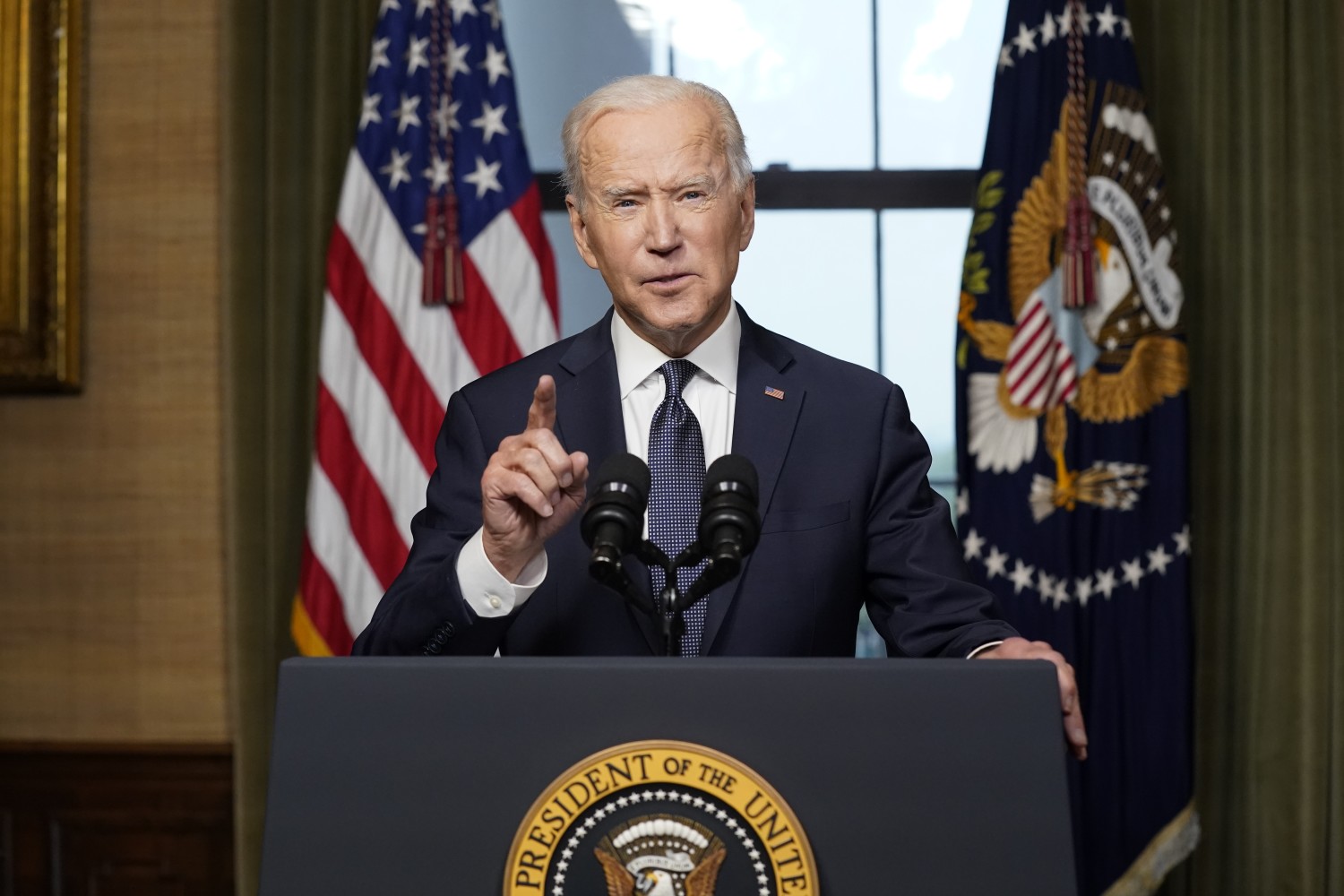 President Biden has a straightforward idea to help pay for his massive infrastructure and economic reform package: Give the Internal Revenue Service more money to collect the taxes the government is owed.

On Wednesday, Biden will propose giving the IRS $80 billion and more authority over the next 10 years to help crack down on tax evasion, especially by wealthier Americans and large corporations.

The money recouped would become the largest revenue generator used to pay for his $4-trillion infrastructure and jobs plan to help the economy recover from the effects of COVID-19 shutdowns.

Why is this a big deal? Doesn’t the IRS already do audits?

Not as much in recent years. On the same subject : California lawmakers propose slate of reforms for EDD. You’d be surprised.

The United States doesn’t collect as much as $1 trillion in taxes owed each year, IRS Commissioner Charles Rettig told lawmakers last month, largely because it doesn’t have the resources to go after tax cheats. This figure was a bit of an eye-opener, in part because the agency hasn’t reevaluated its so-called tax-gap estimate since 2013, when it was closer to $500 billion.

The Biden administration estimates that giving the IRS more agents and new tools and technology to increase collections could raise at least $780 billion in new tax revenue, a nice return on the $80-billion investment.

Previous government estimates put the benefits of increased IRS funding much lower. Last year, the Congressional Budget Office estimated that an additional $40 billion of funding over 10 years would increase government revenues by $103 billion.

What are the chances of passage?

Unclear. Once Congress gets hold of it, it will bend his plan into something that can pass both the House and the Senate. Read also : Quiet jockeying to fill Nancy Pelosi’s seat even before reelection. But there’s a decent chance it passes in some form.

Republicans, who have been increasingly skeptical of the IRS, are likely to oppose. In 2013, Republicans accused the IRS of targeting conservative advocacy groups in its enforcement and still point to that as a reason not to give the agency more money for enforcement.

But Democrats don’t necessarily need Republican support to pass the bill if they choose to use the reconciliation process, which prevents the minority party from filibustering it. Instead of needing 60 votes to defeat a filibuster, a simple majority of the Senate could pass the bill, a threshold Democrats can meet with the aid of the independents who tend to vote with them and Vice President Kamala Harris.

To see also :
Kamala Harris, Ruby Bridges image started in Sacramento
Gordon Jones rattles off, in an almost perfunctory tone, the many things…

Who opposes the idea?

So far, few politicians do publicly. Republicans have objected to other aspects of Biden’s proposal, namely his plan to raise the top marginal income tax rate for wealthy Americans to 39. To see also : Gov. Newsom proposes $4.5-billion state stimulus program.6% from 37%, and raise capital gains tax rates for those who earn more than $1 million a year.

But the idea of more aggressive tax collection hasn’t drawn a similar rebuke yet.

Why hasn’t the IRS been more aggressive?

The IRS lost roughly 29,000 full-time positions since 2010, with 14,600 jobs coming from the tax enforcement divisions, due primarily to cuts pushed by Republicans under President Obama.

A Congressional Budget Office report published last year found that the IRS’s annual budget declined by 20% between 2010 and 2018, and its staff declined by 22%. The budget cuts led to a 46% drop in examination of individual tax returns and a 37% drop in audits of corporate tax filings, according to the report.

Why did Congress stop giving as much funding to the IRS?

Simply put, the IRS isn’t the most popular federal agency, and no one likes paying taxes. It is an easy target.

There has been a concerted effort to undermine the agency since the 1990s, when Republicans who controlled Congress held a series of hearings accusing the IRS of out-of-control collection tactics. The content of the hearings was later debunked by the agency’s inspector general, but by then, IRS funding had already been cut.

Agency funding rebounded in the mid-2000s when Democrats controlled Congress. But since 2010, the IRS budget has been repeatedly cut by Congress, causing the agency to scale back pursuit of people who don’t pay taxes at all or file incomplete returns.

Which taxpayers benefited the most from the reduction in audits?

Corporations and the wealthiest taxpayers have benefited the most from the drop in resources. Think of it this way: It is a lot more time-consuming to investigate a corporation or an individual that has holdings overseas, a convoluted tax structure and well-paid accountants than it is to audit the local teacher.

Meanwhile, there has been a lot of pressure from Congress to make sure people who receive the earned income tax credit actually need the money, meaning the IRS audits hundreds of thousands of returns filed by some of the poorest taxpayers.

Overall the number of audits performed each year has dropped. Audit rates on those making over $1 million per year fell by 80% between 2011 and 2018. The IRS inspector general has warned that the agency is focusing too much time on low-income earners, and not enough time on high-income earners who are likely in a better position to pay.