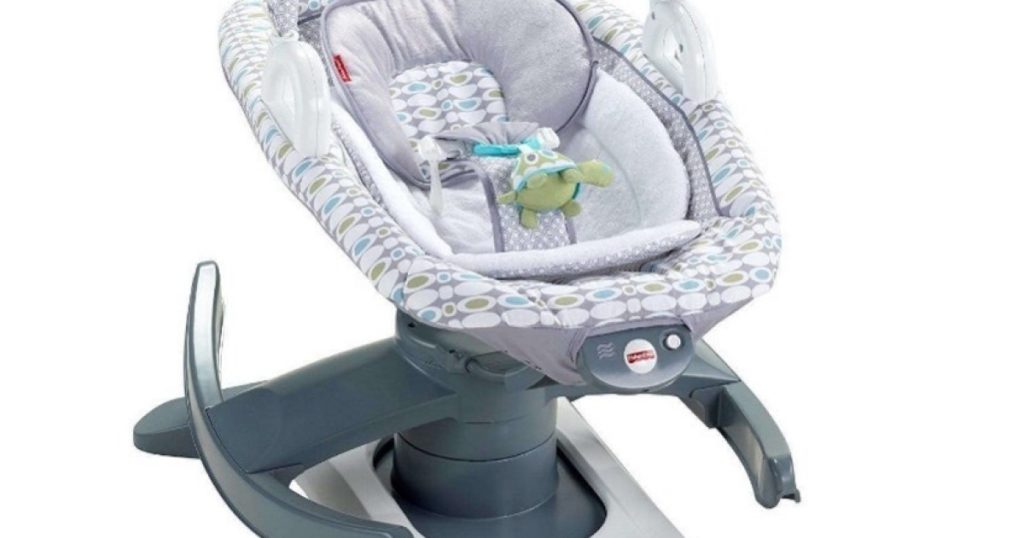 “Stronger regulation could prevent these tragedies,” said Rep. Carolyn B. Maloney (D-N.Y.), chairwoman of the House Committee on Oversight and Reform.

The admonishment came in a hearing at the conclusion of a congressional investigation into infant product safety failures.

The probe found that toy maker Fisher-Price “ignored critical warnings” from experts and foreign regulators about its Rock n’ Play sleeper, according to a report released Monday.

Last week, the Consumer Product Safety Commission voted to ban a range of inclined infant sleeping products, including the Rock n’ Play, which was recalled in 2019 after almost a decade on the market. Roughly 5 million units had been sold, and it was tied to dozens of infant deaths across the country.

Rock n’ Play and similar sleepers are padded bassinets that keep babies at a 10- to 30-degree angle, intended to help parents get babies to sleep. But a 2018 study funded by the Consumer Product Safety Commission concluded that the products’ design is dangerous. Regulators warn that infants unrestrained in the sleepers could roll onto their stomachs during sleep and suffocate.

Experts generally recommend that babies sleep on their back on a flat, firm surface without blankets or other soft objects that could cause the child to suffocate.

A 2019 Consumer Reports investigation revealed that Fisher-Price and Mattel did not consult with pediatricians while designing the Rock n’ Play Sleeper, which was the first inclined sleeper available for purchase in the United States.

Fisher-Price’s Scothon said the company retained two doctors to evaluate the sleeper in 2016, and both said it was safe. In 2018, after the product safety commission raised further concerns about infant deaths linked to the sleeper, Fisher-Price hired an engineering firm to evaluate the product and statistically analyze how many children were injured or killed while using it. Scothon said the firm concluded that infant deaths occurred “less frequently” in the sleeper than in cribs, bassinets and cradles.

“Until the Rock ’n Play Sleeper’s recall, this item was the gift that I gave to friends and expecting parents,” Scothon said. “The Rock ’n Play Sleeper, like so many of our products, was also used extensively by Fisher-Price employees and their families. I assure you that everyone at Fisher-Price believes that every product we offer is safe and we do not and would never sell any product about which we thought otherwise.”

But lawmakers said faster action by the company might have prevented numerous deaths, including that of a 2-month-old child who was found by his father in the Rock n’ Play Sleeper with blood around his nose in 2018. The baby boy was taken to Los Robles Regional Medical Center in Thousand Oaks and pronounced dead, according to an incident report from the commission’s National Injury Information Clearinghouse.

The product was also linked to the death of Alexander Thompson of Pennsylvania, a 15-week-old infant. His mother, Sara, told lawmakers her son would have been 10 years old on Saturday.

Rep. Glenn Grothman (R-Wis.) had a tense exchange with Scothon when pressing the executive to directly answer questions about how and when children died in Fisher-Price’s sleepers.

“It concerns me greatly that an American company would see that, and have full knowledge that Australia and Canada wouldn’t allow this product to be sold,” he said. “Maybe legally you could sell the product in the United States, but I just don’t feel it was the moral thing to do.”

Mattel CEO Yvon Kreiz said the company has made strides toward increased safety in recent years, creating a new executive position to oversee product safety efforts, founding an expert council to provide recommendations during the design process and launching “Safe Start,” an educational campaign for parents.

Its first video, published days before the hearing, was a short tutorial, which emphasized following safety instructions included with sleeping products, using safety restraints and moving children who fall asleep into products intended for it.

Kreiz was hesitant, however, when Rep. Jackie Speier (D-Hillsborough) asked him whether he would support an effort to repeal a section of the Consumer Protection Safety Act that restricts the commission’s ability to disclose information to the public.

“We would be more than happy to collaborate with the regulators to improve every aspect of consumer safety,” Kreiz said.

When pushed, Kreiz said he’d “need to understand [the section] better.” Ultimately, he said he would support removing the section, but noted that “some information that is in the market is inaccurate and not always correct.”

Thompson, who spent nearly a decade figuring out why and how her son died in 2011 “with absolutely no answers,” said she and her family now struggle to trust large companies and their products. She is especially wary of products for her other children.

“We miss him every day,” she said. “We have two younger children who constantly ask about their older brother in heaven, and it’s a hard subject to discuss. … I implore you to please make it impossible for things like this to ever happen again.”