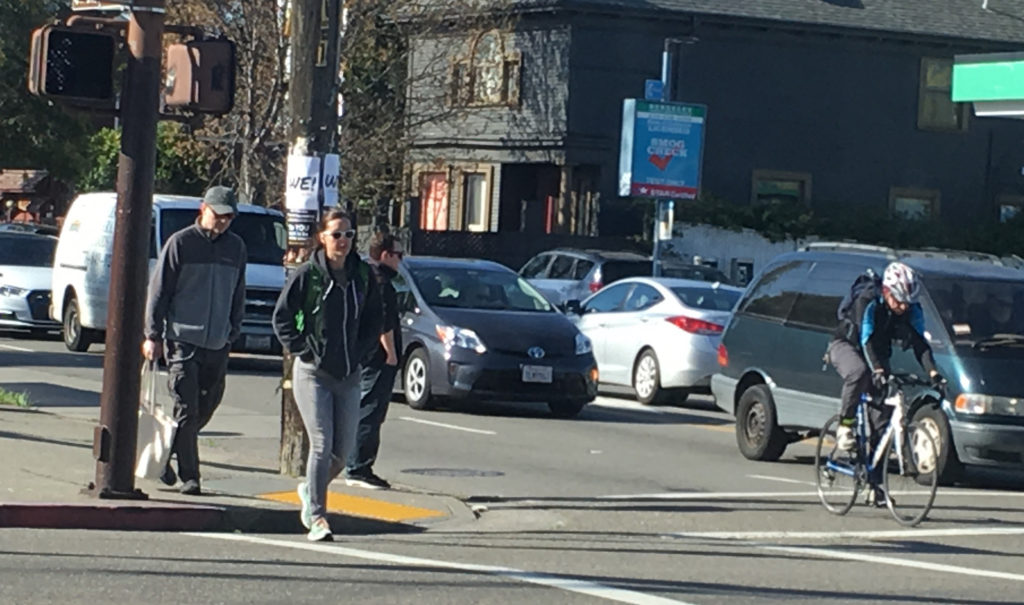 The ATP has “always been a sore spot,” said Alvarado during yesterday’s monthly CTC meeting. The number of ATP applications awarded funding in each cycle has steadily decreased over time. In the statewide Cycle 5 allocations approved by the CTC yesterday, for example – largely the same as the staff recommendations made earlier this year – out of a total of 454 applications, only 41 projects were chosen for funding. Only projects that scored at least 92 points out of 100 made the cut.

“Right now the state is in a unique position – we have a $25 billion surplus. We need to pursue and request a one-time, $2 billion allocation to the ATP,” said Alvarado. “Let’s get caught up and a little bit forward on this.”

At every recent CTC meeting, staff and commissioners have stated that the program needs more money, but this was the first time an actual proposal was made on increasing that funding. There is some urgency to act, because an allocation like this would have to be part of budget negotiations, which are happening right now. The Governor is preparing the May Revise to his January budget proposal, and the Assembly and Senate are working on their own budget proposals.

Two billion dollars could probably be allocated pretty quickly to the many high-scoring projects that already applied for ATP dollars but didn’t make the cut-off.

The proposal generated immediate excitement on Twitter, and, at the end of the two-day meeting, public comment poured in to the meeting in support of it. Many of the callers were advocates who have been involved in supporting ATP applications, and they talked about the frustration of spending time and resources to plan a good project only to have the application rejected – not because it was lacking, but because there isn’t enough money.

Wes Reutimann of Active SGV, for example, said that although his community has already benefited from the ATP, with several local cities able to create their first Active Transportation Plans, he has lately taken to advising local cities not to bother applying any more because the competition is so fierce and their chances of getting funding are so low. “Every cycle has been more difficult” than the last, he said, with some projects scoring as high as 96 points still not making the cut. Nevertheless, “even the currently oversubscribed program does not indicate the true need and desire for these projects,” he said.

Robert Prinz, Education Director at Bike East Bay, said in a written comment that the increase in funding should focus on under-resourced communities of concern and quick-build projects. “Here in Oakland we have already experienced nine traffic fatalities in 2021, including one just last night, with people of color and seniors represented disproportionately among those killed or seriously injured,” he wrote. “We appreciate the need for high quality, permanent projects, but we are also experiencing a traffic safety emergency, and our communities require a focus on near-term solutions.”

In Alameda and Contra Costa counties, Prinz pointed out, about fifty project applications failed to get funding in the current ATP cycle. “This is after the previous ATP round when our counties received almost no funding, and after the current $100 million bike/walk SHOPP allocation [that] committee members just voted on, none of which is going to projects here in the East Bay,” he wrote.

Other callers pointed to the urgency posed by rising trends in crashes and fatalities, even with lower traffic volumes over the past year, and to the lack of safe infrastructure.

“I gave up my car, but my wife is too scared – as are a majority of L.A.’s population – to ride a bike,” said Michael Schneider of Streets for All. “They’re worried about dying.” He pointed out that the average trip length in L.A. County is about three miles long, and with the region’s year-round good weather, “more Angelenos would choose to bike” if there were a safe way to do so.

“We don’t put enough money towards active transportation needs, and we need to address climate and greenhouse gases,” said Deborah Murphy of Los Angeles Walks, who is also on the city of L.A.’s Pedestrian Advisory Committee – and who said she was a proud member of the team that won the largest ATP allocation ever awarded, Connecting Canoga Park. “It could be a double win if we make safer streets, and improve connections,” she said.

Other callers pointed out that even with the increased funding, there is still a big disparity between the money spent on traditional highway projects vs. active transportation.

“These are real projects,” said Mehmet Berker, talking about a redesigned intersection built with funding from the ATP’s first cycle that he uses every day. “The sooner they can be built, the better for all.”

Marven Norman, Executive Director of the Inland Empire Biking Alliance and a member of Streetsblog’s Board of Directors, said it was also important to identify a way “to permanently increase funding going forward – both for certainty, and to avoid discouraging agencies from applying.” Many high-scoring and worthy projects fall short only because the funding is so limited, he reiterated.

For his part, Commissioner Alvarado seemed most interested in taking advantage of the budget surplus to avoid having to divert money to the ATP from other state transportation programs (which has not been suggested, as far as this reporter knows). For example, in comments about the recently released Climate Action Plan for Transportation Infrastructure, which was discussed at length at yesterday’s meeting, Alvarado several times emphasized the need to “keep the promises we made to the voters” about S.B. 1 – presumably meaning that the gas tax money should be spent on vehicle infrastructure.

He also said the CAPTI should not unilaterally restrict highway capacity increases, and he suggested its goal of reducing vehicle miles traveled would be unfair to “lower and middle class people” who can’t afford to live in the urban core and must drive farther to reach their jobs.

More about the CAPTI in future posts, but note that making it possible for people to drive less does not automatically translate to making life harder for long-distance commuters.

After listening to a stream of people call in to supporting his suggestion for a $2 billion allocation for the ATP, Alvarado noted that “there’s nothing like a bucket of money to bring people together.”