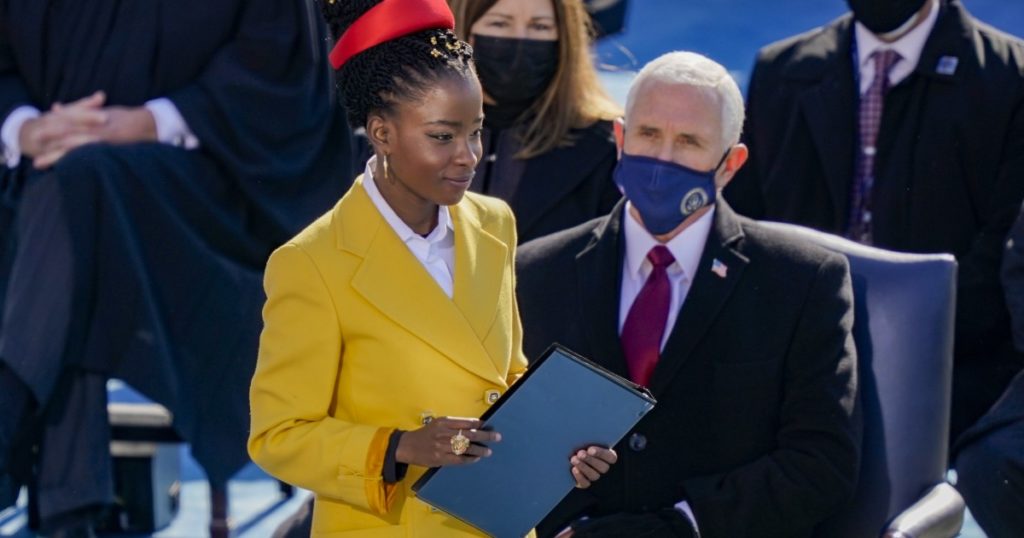 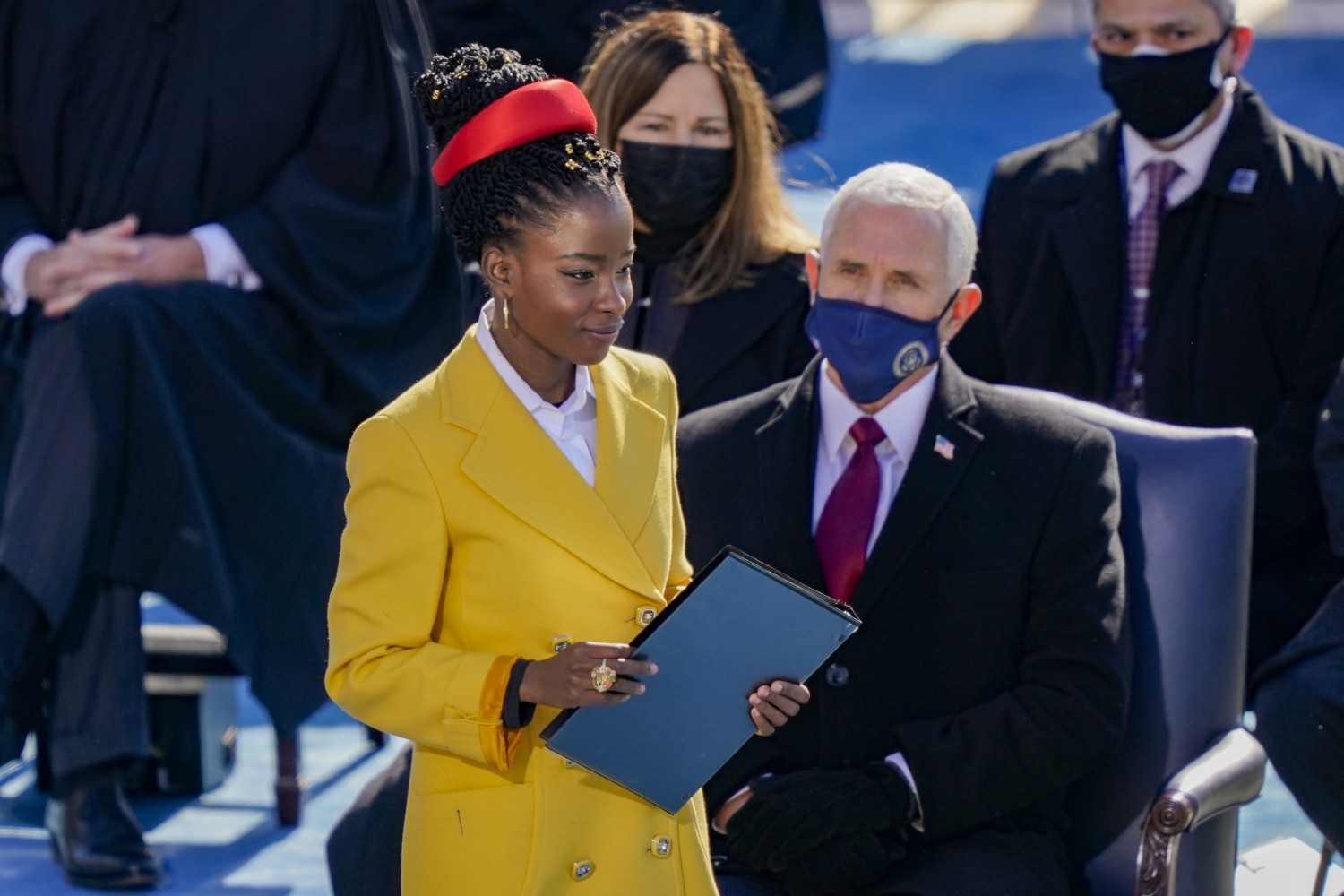 As President Biden and Vice President Kamala Harris took their oaths of office Wednesday, celebrities on Twitter cheered on the historic moment — particularly the jaw-dropping performance by L.A. poet Amanda Gorman — during a diverse inauguration ceremony.

While history was being made several times over during the inauguration, Hollywood hailed the new madam vice president, breathed a sigh of relief over the departure of former President Trump and gave shoutouts to performers Lady Gaga, Jennifer Lopez and Garth Brooks, as well as Gorman, the ceremony’s breakout star.

“With her strong and poignant words, @TheAmandaGorman reminds us of the power we each hold in upholding our democracy,” tweeted Michelle Obama, one of many praising the 22-year-old poet’s shining moment.

Gorman responded to the outpouring of online love with a salute to “the women whose footsteps I dance in,” she tweeted not longer after her performance, mentioning fellow inaugural poet Maya Angelou.

Thank you! I would be nowhere without the women whose footsteps I dance in. While reciting my poem, I wore a ring with a caged bird—a gift from @Oprah for the occasion , to symbolize Maya Angelou, a previous inaugural poet. Here’s to the women who have climbed my hills before. https://t.co/5Tegd20sko

And then there was the overall happiness about the change in leadership.

I love the smell of democracy in the morning.

Damn, listen to all these complete sentences and empathy.

Thank you, Stacey, for all that you have done to make this day a reality. Deeply inspired by you.

Commentary also ran wild about the involvement of pop stars Lady Gaga and Jennifer Lopez as the entertainers certainly brought their personalities and agendas to the U.S. Capitol.

Gaga surprised many when the Capitol doors opened and she descended to the lectern wearing another show-stopping look. This time, a voluminous custom Schiaparelli Haute Couture jacket and red skirt, accessorized with a massive gilded dove of peace brooch.

She also used a golden microphone to sing the national anthem in a performance that The Times’ Mikael Wood said “brought a welcome — and moving — splash of razzmatazz” to the proceedings.

lady gaga is a wonderful american

Lopez dressed in suffragist white, wearing head-to-toe Chanel. But unlike with Gaga, Twitter was taken by the flourishes she added to her recital of “America the Beautiful,” slipping into Spanish to deliver a message of unity to Latinx people and referencing her own hit “Let’s Get Loud.”

I need to know if the Biden team was aware that JLO would work in “let’s get loud”….

Read on for more reactions to Wednesday’s inaugural festivities.

Michelle Obama is never NOT a vision. Stunning. Every time.

I was saying the string arrangement of The Star-Spangled Banner (done by Rickey Minor in 91) was very similar to that of Gaga’s today. Both great performances!

DID YOU KNOW…@KamalaHarris took her oath of office on Thurgood Marshall’s Bible? She did so to honor her personal hero. Share your thoughts with us using the tag #HU2WH.

Sooooo much work to do. But TODAY I want to celebrate. And pray. And revel in our tremendous power (even against all odds) to make history happen.

Today is just the best day ever. Like, in the history of Ever.