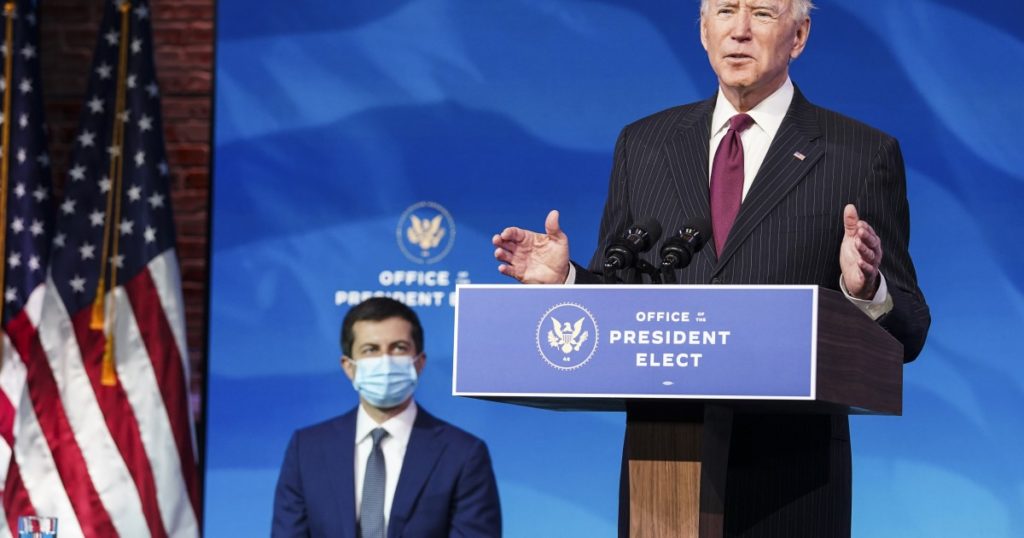 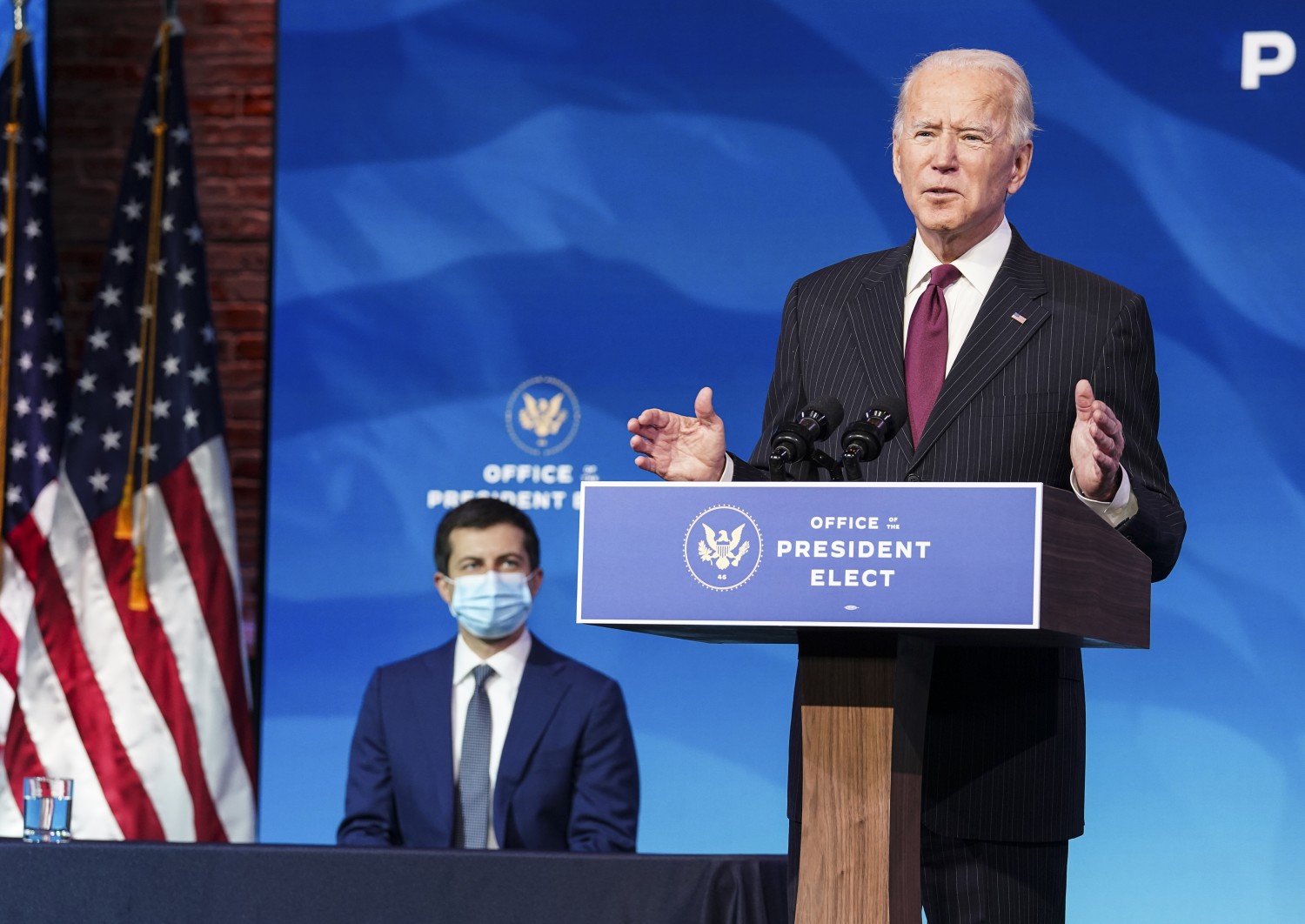 President-elect Joe Biden’s latest Cabinet pick is seen by many in his party as a political trailblazer, a technocrat and an intellectual wunderkind.

But Biden sees something more in Pete Buttigieg: a glimmer of his late son.

“I don’t think I’ve ever done this before, but he reminds me of my son Beau,” Biden said in March, when Buttigieg announced he was endorsing Biden after battling him for the Democratic presidential nomination.

From Biden, that was the highest praise. Yet the president-elect’s announcement Wednesday that Buttigieg, a 38-year-old former mayor of South Bend, Ind., is his pick for Transportation secretary is only the latest prominent reminder that Biden’s memories of Beau Biden, who died in 2015 of brain cancer at the age of 46, are a guiding force.

Beau Biden’s friendship with Vice President-elect Kamala Harris has been cited repeatedly as a reason his father was able to reconcile with Harris, another former presidential rival, after she attacked his early record on school desegregation in the 1970s. And stories about the younger Biden’s close working relationship in Iraq with retired Army Gen. Lloyd Austin were the emotional center of last week’s announcement that Austin would be nominated as Defense secretary.

“That comes directly out of his experience with Beau,” said Sen. Chris Coons, a Delaware Democrat who was elected to Biden’s former seat in the Senate. “Joe is someone for whom his family and his faith are absolutely fundamental to who he is.”

Coons said Biden’s son was a sounding board for him, someone who helped him assess others’ character.

Beau Biden served as a judge advocate officer in the Delaware Army National Guard in 2009, putting him on Austin’s staff when the general led American forces in Iraq. When Biden introduced Austin last week, he named Beau Biden as one of many young people inspired by the general, and described his son’s belief that the respect Austin earned from his platoon sergeants was the most important measure of his worth. Austin spoke about an enduring friendship with “a very special person, a true patriot, and a good friend.”

Beau Biden worked closely with Harris in 2012 on a national mortgage settlement with the banking industry after the near-collapse of the financial system, when they served as state attorneys general for California and Delaware, respectively.

Both resisted strong public and political pressure to settle with the financial industry, including from the Obama administration. Harris has said she spoke with him almost every day.

“That pressure she felt was huge, to do something that she felt uncomfortable with,” said a former Harris aide. “One person who shared that perspective for sure was Beau Biden.”

That solidarity made it all the more painful for Joe Biden when Harris attacked him in personal terms over the issue of busing during their presidential campaign rivalry, including in a nationally televised debate.

“I wasn’t prepared for the person coming at me the way she came at me,” he told CNN in July 2019, days after the debate. “She knew Beau. She knows me.”

Yet by August of this year, when Biden selected Harris as his running mate, he called her “an honorary Biden.”

“My campaign has always been a family affair, every campaign I’ve run,” he said, explaining the moniker.

The focus on family has made it all the more difficult for Biden to weather the persistent questions about his surviving son, Hunter, involving the latter’s lucrative past work on behalf of private clients in Ukraine and China. Hunter Biden announced last week that he is the subject of a federal tax investigation.

President Trump made Hunter Biden a central focus of his campaign attacks, and some other Republicans have signaled that they intend to keep the issue front and center in Congress — including at the Senate confirmation hearing for whomever Biden selects as his attorney general, given the Justice Department’s role in any criminal inquiry.

There is no evidence that the president-elect is implicated in the investigation, which Biden’s allies call a partisan fishing expedition. But it has already created awkward moments for Biden, and they could continue if Republicans, who hold a slim majority in the Senate heading into a pair of runoffs in Georgia on Jan. 5, keep control of the chamber.

“It certainly has the potential to be an unnecessary distraction for Biden and his team. I don’t expect Republicans to let go on this, and they’ll keep trying to gin up controversy,” said James Manley, a former Senate Democratic leadership aide.

Biden ignored shouted questions about Hunter Biden’s case during an event Friday, except to say, “I’m proud of my son.” On Tuesday, in response to another shouted question, he said he was “confident” his son did nothing wrong.

The reliance on family connections in choosing advisors could also feed criticism from within his party that Biden is too dependent on old alliances in setting his agenda.

One veteran Democratic operative who has worked with Biden, who requested anonymity to discuss the sensitive issue, said Biden’s tendency to put his trust in a small group of tested people plays a big role in his decision-making. Given that, connections with Beau Biden have been a way for some newer associates to break into the circle.

“Personal chemistry is huge with him — you’re either someone he’s really close to or you’re not in the circle,” said the person. “Biden never had a huge network of people to draw upon. Politically, he was running for reelection in Delaware, and never built a big operation. It was always a small campaign run out of his sister’s kitchen.”

Jeff Hauser, executive director of Revolving Door Project, a progressive group that scrutinizes the executive branch, said his group counts Beau Biden as one of the best state attorneys general in the aftermath of the mortgage crisis and is gratified that the president-elect would be guided by his son’s governing instincts. But more broadly, he said, Biden should look beyond the group of leaders who served in the Obama-Biden administration.

“Our concerns are more about insularity and lack of fresh blood,” Hauser said. “We hope Biden will choose more people like Beau Biden, but outside his familial-social network.”