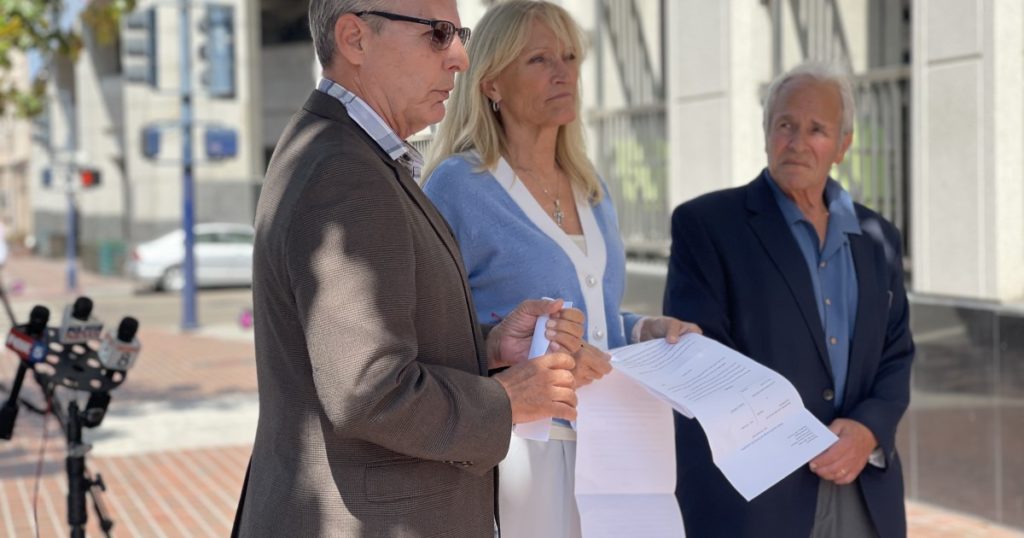 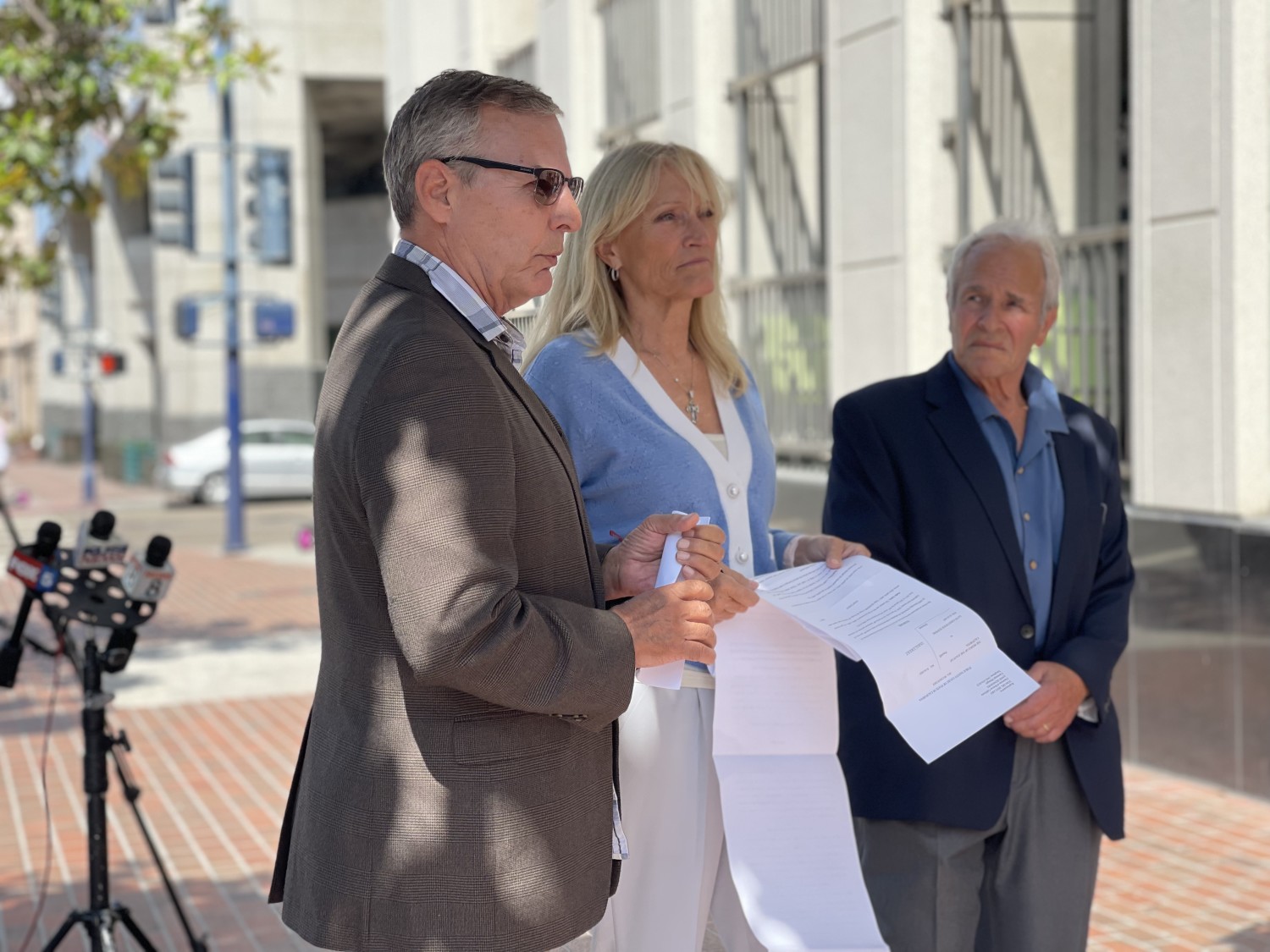 Marc Klaas remembers when victims’ advocates like him wielded unchallenged influence in California — courted by elected leaders of both parties, pivotal in the enactment of the state’s “three strikes” law in 1994 and decades of tough policies that followed.

“Our voices were loud and people were listening,” said Klaas, whose 12-year old-daughter, Polly, was taken from her home and strangled in 1993 by a convicted kidnapper out on parole for only three months, a murder that shocked the nation and propelled him into an anguishing spotlight. “It certainly had the politicians scrambling.”

Over the last decade, as crime rates dropped, the clout of established victims groups ebbed as reformers successfully rolled back tough statutes they blamed for disproportionately incarcerating people of color. But tough-on-crime traditionalists like Klaas are now feeling emboldened again in California. Some crime has surged during the pandemic, including homicides. Though the reasons are complex and not clearly understood, the spike is bolstering the arguments of incarceration hardliners that reform policies have failed.

The campaign to recall Gov. Gavin Newsom has made public safety a priority, and Klaas and his allies have seized on the recall fever in bids to oust not just Newsom, but reform-minded district attorneys such as Los Angeles County’s George Gascón and San Francisco’s Chesa Boudin. That sense of mission was apparent last month, when roughly 200 people in favor of ousting Gascón attended a political rally in a Santa Clarita park.

“God gave us the strength to be the voices of thousands of families of murdered victims,” said Emma Rivas, whose son was shot and killed in a gang-motivated slaying in 2016 while another of her children watched. Rivas said the horror of that moment was compounded late last year, when Gascón took office and barred the use of sentencing enhancements, leaving her worried her son’s killer would serve less prison time.

“It’s hard to be here. We don’t want to be here. But we are,” she said, surrounded by politicians hoping to replace progressive elected officials.

With compelling stories of undeniable pain, survivors of violent crime such as Rivas offer powerful narratives that cannot be rebutted without seeming uncaring.

Yet while the traditional groups were once alone in speaking for crime victims, they aren’t anymore. Those advocating a rethinking of criminal justice have cultivated their own cadre, who feel they’ve been boxed out of public discourse by more conservative politicians with whom they disagree. Many are from Black and brown communities and say that race has played a part in excluding them from politics until now.

“The general social perception of who victims and survivors are, they are not me and my family,” said Tinisch Hollins, the executive director of Californians for Safety and Justice, which campaigns for progressive reforms and has launched an effort to expand victims’ voices. “It is Polly [Klaas], the … people who come from safe communities where something like this should never happen to someone.”

Progressive reformers such as Hollins argue the universe of victims is larger than families that have historically been highlighted. There are those who lost loved ones to police violence. There are households with low-level offenders facing life-altering prison sentences — many who have previously faced trauma or victimization themselves. There are people of color who live in communities where crime is high but trust in policing low, who possibly never report their victimization.

A Black woman from the Bay Area, Hollins has lost multiple family members to gun violence, including two brothers. Yet she felt out of place in traditional spaces for crime survivors. In the aftermath of violence, Hollins said her family couldn’t find the help that victims need to rebuild their lives, and was disheartened by the way authorities treated them. Black and brown survivors, she said, are marginalized because they don’t fit the perceived notion of an “innocent victim” and are often pressured to share their stories in support of law enforcement efforts.

“I didn’t feel like any of the spaces that were supposed to be about victims and survivors really reflected me,” she said.

The result, she said, is that, “[District attorneys], sheriffs, probation, parole, many folks [are] coming in front and saying we represent the victims. Then you talk to the individual victims and families … their ideas of what justice should be look very different.”

Enako Major, a member of Gascón’s victim advisory board, shares Hollins’ views. In the span of a decade, Major lost her son, sister and nephew to gun violence in Southern California. The former social worker and probation officer was drawn to Gascón because of his refusal to try juveniles as adults, even when they commit violent crimes.

After spending years interviewing teens who had committed horrific acts, Major said she came to the conclusion that “no child is born bad” and started questioning if prosecutors focus adequately on the abuses the juveniles may have suffered before becoming violent. Like Gascón, she believes juveniles convicted of violent crimes can either be rescued through counseling and services or shoved down a path of more violence, committed by them or against them, behind bars.

“If you lock someone up and you don’t give them tools and things to heal, if they don’t answer their whys, they’re just going to become animals,” she said.

There is little argument that the victims whom politicians have gravitated toward in the past are often white, having endured losses that seem frighteningly random and disconnected to problems such as poverty, exploitation or addiction. Klaas said he agrees that race has played a part in enabling him to be heard.

“I understand white privilege,” he said. “I understand if Polly was Black … We would have gotten no publicity.”

But he and other traditional victims advocates see the push to widen the definition of crime victim as little more than political maneuvering. He and his allies argue they embraces policies that help all communities.

“It’s all politics. It’s nothing about safety and justice,” said Nina Salarno Besselman, a former prosecutor who leads Crime Victims United and whose sister was murdered in Stockton at age 18 in 1979. She co-authored Marsy’s Law, also known as the California Victims’ Bill of Rights Act of 2008, and her family has been advocating for stricter laws for decades.

“I feel strongly that we still speak for the majority of crime victims,” she said.

Many of those in traditional crime victims groups said they feel their voices that have been silenced in recent years, as politicians have increasingly found them a liability in the face of a successful reform effort. The recall, and its revival of rising crime as a major issue, said Klaas, “is the first opportunity in over a decade … that the crime victims’ movement I participate in has had a voice in this.”

Flanked by those who have lost loved ones to violent crime in L.A. County, including Rivas, Republican gubernatorial recall candidate Larry Elder stood in front of the downtown Hall of Justice on Thursday and condemned Newsom for failing to keep California safe. Elder called public safety “the No. 1 responsibility of government,” a refrain echoed by other contenders. Klaas and others said they feel progressive politicians have turned their back on them, with policies such as Gascón’s decision not to send his attorneys to parole hearings to advocate against releases.

Klaas, who has appeared at multiple recall events, last week threw his weight behind the recall’s condemnation of the possible parole of Sirhan Sirhan, who was recommended for release after serving more than 50 years in prison for assassinating Robert F. Kennedy in Los Angeles in 1968.

Though Sirhan’s case won’t reach the governor’s desk until after the Sept. 14 recall election, critics are demanding Newsom announce a position on the case immediately. Newsom declined to directly respond, but at a recent news conference he said a photo of Kennedy hangs in his office, which he hopes gives a sense of “my reverence, my respect and my adulation for his family and his memory.”

Faced with a new political environment, Klaas said he has both a personal and political stake in seeing Newsom driven from office. Newsom in 2019 put a moratorium on executions in California, shortly after meeting with Klaas and other victims’ advocates. Polly Klaas’ killer, Richard Allen Davis, is on death row at San Quentin State Prison. Klaas said he tried to persuade Newsom not to suspend executions, but felt the governor spent time with him only so he could claim he discussed the issue with reformers and victims alike.

“It was a crummy thing to do,” said Klaas of the perceived slight.

Though he knows that politicians can be exploitive of crime survivors’ stories, the tradeoff, he said, is that elected leaders can enact change.

He recalled a Washington, D.C., tour for Bill Clinton’s Violent Crime Control and Law Enforcement Act of 1994, when politicians lined up for photos with him as the bill became popular (Klaas said the only meaningful conversation he had was with then-Sen. Joe Biden, one of the bill’s authors). Klaas said it was perceived by some as a “dog and pony show.”

“But you know what? I thought I was using them as well to get the agenda I wanted passed into law,” Klaas said.

In recent years, though, progressive prosecutors have won more and more races nationwide, while long-standing partners of traditional victims groups, such as police unions, have lost political clout in Sacramento.

In San Francisco, the effort to recall Boudin has already failed, though a second attempt could force him into a recall election next year. In Los Angeles, the push to oust Gascón is also likely to fall well short of the signatures needed to trigger a recall election and has failed to attract significant funding. It was launched by crime survivors and only later co-signed by established politicians.

Though the debate is heated and the politics are far apart, many victims share the same underlying discontent. They feel the justice system has failed them, and they speak of anger, disillusionment and determination to prevent violent crime from being visited on others.

Hollins said she understands why some have misgivings about reform measures, since in her case, the man who shot one of her brothers is currently facing trial and could benefit from the reforms she has championed.

“I feel very conflicted on a personal level because my family is still fighting for justice, and I don’t even know what justice looks like,” she said, adding that victims have the right to define it. “That’s what I’m pushing for, for us to have more options to do that.”

Mike Reynolds helped write the “three strikes” law after his teenage daughter Kimber was shot in the face during a purse snatching on a downtown Fresno street in 1992. Twenty-nine years later, he and his wife still sleep with Kimber’s teddy bear every night.

“‘Justice’ is a word that has been stomped on and kicked around and means 100 different things,” said Reynolds, also a recall supporter. But violence isn’t nebulous.

It’s a “poison” for families, he said, one that can’t be remedied with a burial, a conviction or even a new law.