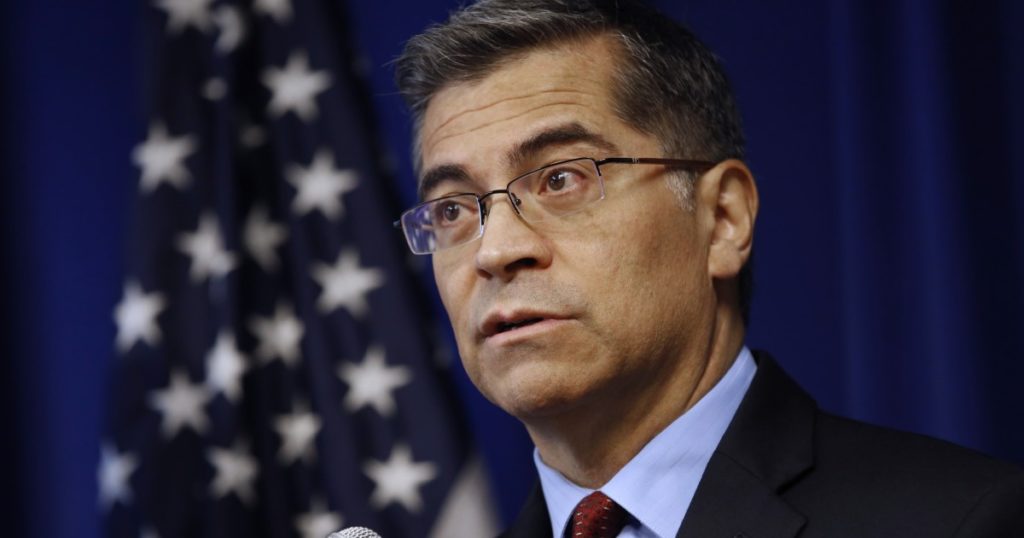 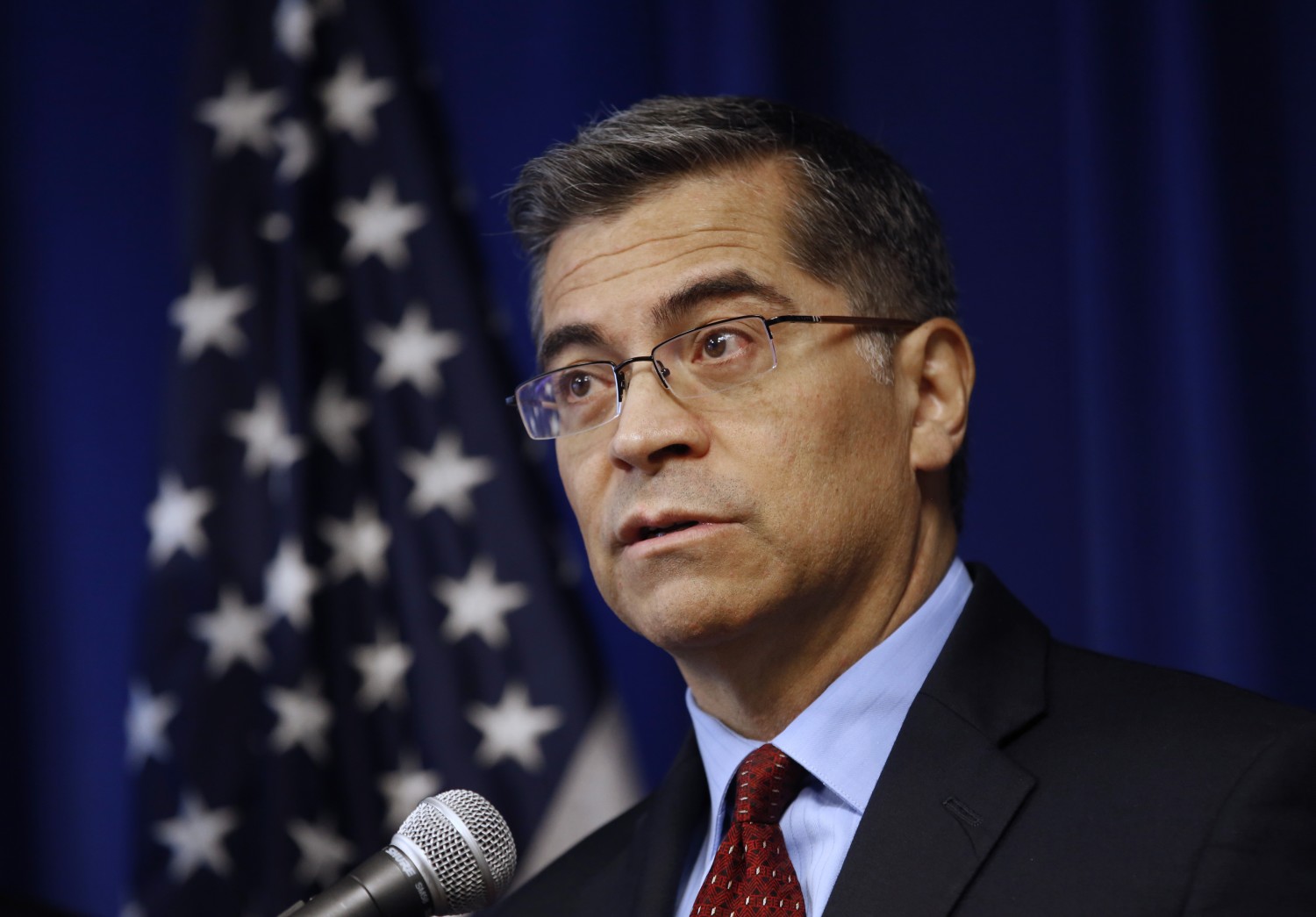 In Xavier Becerra, President-elect Joe Biden is getting a team player, savvy politician and competent manager — who excels at being in the right place at the right time.

He’s also a truly nice guy who won’t be an administration troublemaker, but he can be tough in a fight.

And he’s Washington-ready, not a naïve outsider who needs D.C. training wheels.

But, unlike many in politics, he’s not a media-seeking grandstander.

The California attorney general is unquestionably a liberal, but not a far-left radical as some Senate Republicans allege.

Becerra once said he supported “Medicare for all.” But what does that mean? Leftists who advocate for that don’t mean real Medicare, which is supplemented with private insurance. They want government-only medical coverage.

That’s just one of the complicated, heated battles Becerra will face as Biden’s secretary of Health and Human Services, a snake pit of programs that attract fiercely competing interests and ideologies and can overwhelm someone trying to lead it.

The sprawling agency spends more than $1.4 trillion annually and is responsible for the health coverage of more than 100 million Americans, mostly through Medicare and Medicaid.

Becerra, 62, seems up to the job based on his four-year tenure as California’s “top cop” running a large bureaucracy and 12 terms previously as a U.S. House member representing Central Los Angeles. He was chairman of the Democratic Caucus and helped maneuver Obamacare through the House.

The son of working-class Mexican immigrants, he would be the first Latino U.S. health secretary if confirmed by the Senate. He also was California’s first Latino attorney general.

It was a smart move by Biden to settle on Becerra for the job after two earlier potential nominees botched their chances to become prestigious cabinet members.

New Mexico Gov. Michelle Lujan Grisham, a co-chair of Biden’s transition team, was eager to run HHS, according to published reports. She was offered Interior secretary instead and turned it down, upsetting the president-elect’s top advisors. She wound up getting nothing so far.

Rhode Island Gov. Gina Raimondo was about to be offered the HHS job, according to news reports. But she has kids in school and wasn’t keen on moving to Washington. She also fretted about turf — how much of a role she’d have in fighting the pandemic and vaccinating Americans. So, the governor publicly announced she didn’t want the job.

The Biden team quickly turned to Becerra, who had already been vetted and was on the short list for U.S. attorney general.

Becerra didn’t hesitate. He jumped at the offer, realizing that an opportunity to become a cabinet secretary is usually a once-in-a-lifetime priceless gift. You’re powerful and treated like royalty, especially as a top player in a new administration. You don’t get choosy about the job or fight over turf before you’re even nominated.

Biden showed strength in sticking to his guns and not giving in to the preferences of the two governors.

Becerra was in the right place at the right time — as he was in 2016 when then-Gov. Jerry Brown selected him to fill the attorney general post being vacated by Kamala Harris. Harris had just been elected to the U.S. Senate, an office she would use as a springboard to vice president-elect.

Right before the 2016 general election, Becerra was in Sacramento campaigning for two congressional candidates. At a reception, he ran into a former Washington acquaintance: the late Nancy McFadden, Brown’s top aide. They talked for a long while. Harris seemed a cinch to win the Senate seat, and Brown hadn’t decided on a replacement. McFadden started thinking: “What about Xavier?”

McFadden suggested Becerra to Brown, who was impressed with the congressman’s résumé and political smarts, she told me later. The governor talked with Becerra on the phone and offered him the job.

“It wasn’t a hard decision,” she said. “It just made sense.”

It also made lots of sense for the Democrat to give up his House seat and return to his hometown of Sacramento to become state attorney general. Donald Trump had been elected president, and Republicans would control both houses of Congress.

Becerra probably caught Biden’s eye by filing more than 100 federal lawsuits against the Trump administration over, you name it: the administration’s attempts to scuttle Obamacare, its anti-immigration policies, efforts to undermine California’s environmental protections and weaken the state’s attempts to fight climate change.

Becerra has been steadily winning in court.

Critics thought he was too obsessed with suing Trump.

“We don’t wake up looking to pick a fight, but when the Trump administration threatens our people, values and resources, we’re ready,” Becerra has said.

Becerra has also been criticized by many Republicans for writing official titles and summaries of ballot propositions with a Democratic bias. And they’re right. Chalk it up to his being a party team player.

There was speculation that Gov. Gavin Newsom might select Becerra to replace Harris as senator. But that wasn’t going to happen. And Becerra wasn’t even campaigning for the Senate seat. He assumed — most likely correctly — that it will go to Secretary of State Alex Padilla, a longtime Newsom loyalist.

Maybe Becerra’s first task now should be to teach his future boss to pronounce his name. Biden butchered it twice introducing his new nominee to a national TV audience.