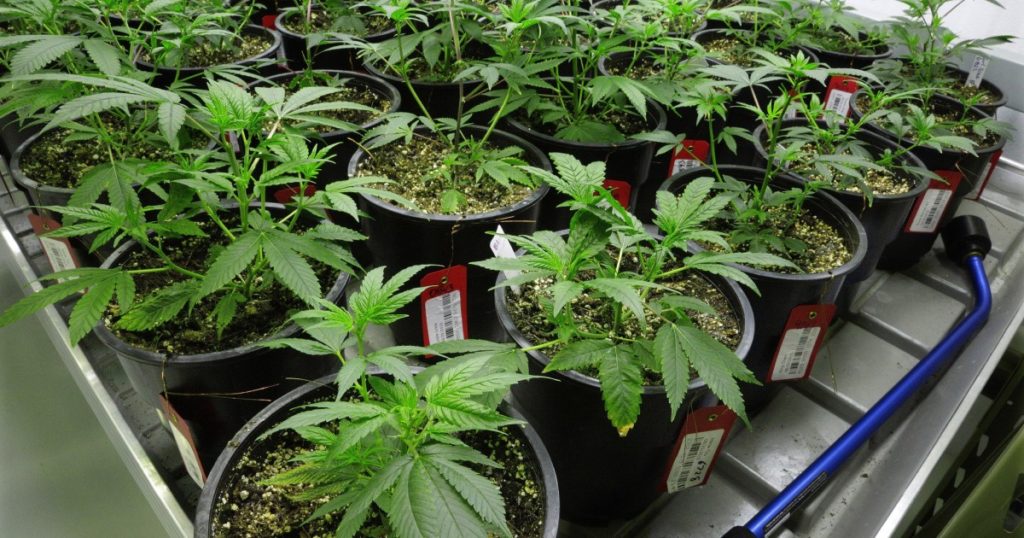 The House voted Friday for the first time to federally decriminalize and levy a tax on marijuana sales, following through on pledges by Democratic lawmakers to find new approaches to regulating drugs and rectify a policy that has disproportionately harmed communities of color.

The 228-to-164 vote follows a trend sweeping the nation as 15 states and Washington, D,C., have legalized recreational use and sales of marijuana since 2012, with many more legalizing it for medicinal purposes. Though the measure is not expected to pass the Senate, marijuana advocates and the bill’s supporters said passing the MORE (Marijuana Opportunity Reinvestment and Expungement) Act was a significant step in aligning U.S. drug laws with states and public opinion strongly supporting such measures.

“We had no hopes of or plan to pass this in the Senate; nonetheless, it’s really important to recognize that this is a huge historic move,” said Maritza Perez, national affairs director at the Drug Policy Alliance, an advocacy group which has been pushing for passage of the bill. “Never before has Congress voted to deschedule marijuana, so that within itself is huge … and could really move the needle and help us reintroduce the MORE Act in the next Congress, and help us get more allies and more lawmakers on board.”

Descheduling marijuana would remove it from the list of drugs regulated under the federal Controlled Substances Act. It wouldn’t legalize cannabis at the state level, but the bill could serve as a model for states that do choose to pursue legalization, as increasing numbers are doing.

It would also eliminate federal criminal penalties for individuals who manufacture, distribute or possess marijuana, and impose a tax on cannabis products — revenue from which would fund loans to small businesses in the marijuana industry owned by “socially and economically disadvantaged individuals,” as well as a program to minimize barriers to entering the industry for individuals with criminal records.

Such reform efforts overlap with the Black Lives Matter movement, which has highlighted sharp racial disparities in policing, housing and employment. Progressive prosecutors, civil rights groups and community activists say that legalizing marijuana is a key element in rectifying those disparities. The nation’s draconian drug laws, they say, have wreaked havoc in poor communities and those of color for too many years. Some states have made it hard for those who have criminal records related to tough drug enforcement laws from getting into the cannabis industry, which advocates say is unfair.

The proposed legislation would prohibit the denial of federal benefits and immigration protections for cannabis-related reasons, and establish a process for expunging prior federal marijuana convictions.

“This bill recognizes the racial injustices and tries to provide for equity and repair much of the damage of the War on Drugs,” said Congressional Cannabis Caucus co-Chair Rep. Barbara Lee (D-Oakland). “When you look at the sentencing, black men … their sentences are 19% longer than sentences imposed for white men. And Latinos are nearly 6.5 times more likely to receive a federal sentence for cannabis possession than non-Hispanic whites.”

The MORE Act was first introduced to the House in July 2019, but a vote set for this September got pushed back as Congress focused on coronavirus relief and moderate Democrats worried that the topic might hurt them at the polls. In a statement that month, Lee and Cannabis Caucus co-chair Rep. Earl Blumenauer (D-Ore.) noted that House leadership gave them an “ironclad commitment” that the legislation would be considered in the fall.

Last month — a week after the election signaled strong support for drug reform around the country, with five new states legalizing marijuana — Lee and Blumenauer reaffirmed in a letter to their colleagues that the MORE Act would see a House vote before the end of the year. It is unclear how such a vote might affect two critical runoff races in Georgia next month that could decide control of the Senate. Democrats need to defeat two Republicans in the Jan. 5 matchups to take over the chamber.

Republicans have criticized the bill as a distraction from the more pressing matter of coronavirus relief. In a Thursday discussion of the legislation, Rep. Debbie Lesko (R-Ariz.) expressed frustration that the House was “not concentrating on a bipartisan COVID relief stimulus package right now that will actually be signed into law,” but instead “focusing on legalizing marijuana.”

But Democrats have been quick to point out that the House has already put forward COVID-19 relief legislation. “We can walk and chew gum at the same time,” said Rep. Jim McGovern (D-Mass.).

Only one Republican, Rep. Matt Gaetz (R-Fla.), co-sponsored the House bill. He criticized the legislation Friday for creating new taxes and redistributive programs, but reaffirmed his support for it. “My Republican colleagues today will make a number of arguments against this bill,” he said, “but those arguments are overwhelmingly losing with the American people.”

Republicans who opposed the bill Friday deemed marijuana a gateway drug — a label which Democrats dispute — and worried that children and teenagers will be able to more easily access marijuana if the MORE Act becomes law.

No Republicans are actively supporting the Senate’s parallel legislation. Vice President-elect Kamala Harris, who until Inauguration Day remains one of California’s two Democratic senators, is one of its main sponsors.

President-elect Joe Biden is more conservative on marijuana policy than many other Democrats. He’s advocated for decriminalization, not federal legalization; but Harris’ name on the MORE Act suggests Biden will still sign the bill if it makes it to his desk next year.

“Assuming that in the next Congress this made it through both chambers, I think Joe Biden would definitely sign something like this into law,” Perez said, adding that “if lawmakers and the public at large continue to push for this … he’ll feel the pressure to endorse something like this.”