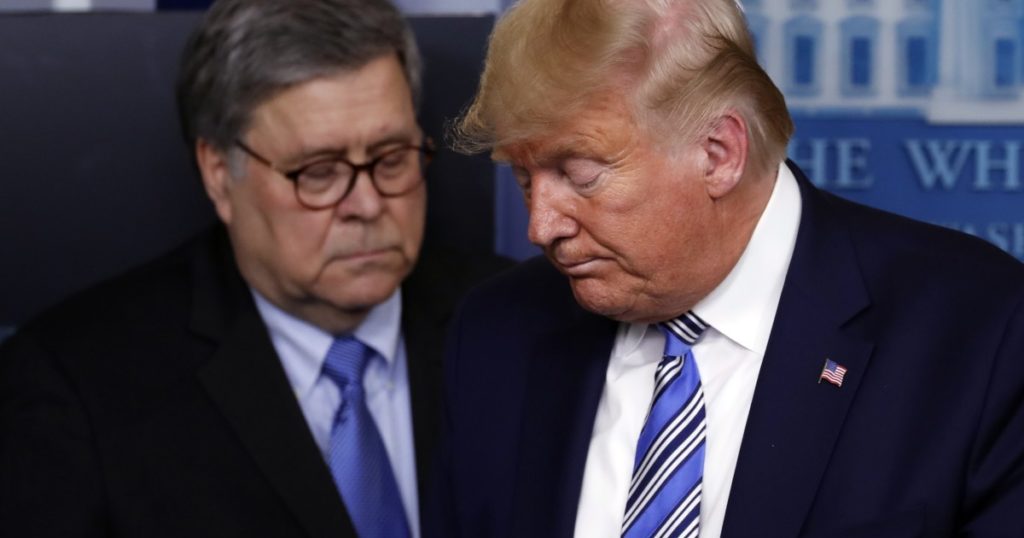 Whatever the outcome of the House of Representatives’ move to impeach Donald Trump for a second time, should the Department of Justice also investigate the president for potential federal criminal violations?

A chorus of commentators has urged caution. But a decision not to investigate in the wake of one of the most dishonest and disreputable administrations in American history would teach future presidents that they are beyond reach of the law, reinforcing a growing perception that the rules don’t apply to the rich and powerful. It would inflame, not heal, the nation’s divides.

First, Trump’s role in the Jan. 6 assault on the U.S. Capitol must be examined. The president’s rallying cries that day to his supporters to “fight like hell” and “we’re going to the Capitol” to “show strength” may equate to participation in numerous federal crimes, including inciting rebellion, seditious conspiracy and violent entry into the Capitol. Worse, initial reports suggest that his administration may have delayed other agencies from intervening as the Capitol was breached. Whether Trump’s role is framed as conspiracy, inducement or otherwise, a serious investigation into possible grounds for prosecution is warranted.

That’s just January. Earlier, Trump was identified as an unindicted co-conspirator in the successful federal prosecution of Michael Cohen, his former personal lawyer, for campaign finance crimes. Separately, special counsel Robert S. Mueller III’s report laid out overwhelming evidence of a multifaceted effort to obstruct justice. Mueller refrained from spelling out the obvious because of Department of Justice policy against prosecuting a sitting president. But for that policy, Trump almost surely would have been prosecuted. And the policy itself no longer applies once the president’s term is over.

Separately, the inspector general in the office of the director of national intelligence sent a criminal referral to the FBI alleging possible violations of federal laws “related to a telephone call on July 25, 2019, between President Donald J. Trump and Ukrainian President Volodymyr Zelensky.” Trump’s attempted trade of U.S. policy for a spurious investigation led to his impeachment. Although the Senate — a political body rendering an inherently political decision — declined to convict and remove the president from office, that doesn’t immunize him from later criminal prosecution. President Clinton, who faced a similar situation albeit on far less serious charges, avoided indictment only by making a deal with prosecutors.

Trump may well have violated other federal criminal laws by misusing the presidency for personal profit, attempting to sabotage the 2020 election and establishing a policy of family separation and detention of children under conditions that, according to the United Nations Office of the High Commissioner for Human Rights, “may amount to torture.” He may also be guilty of other misconduct that the public hasn’t yet learned about or which may occur in the remaining days of his presidency.

Some worry that investigating a former president might be seen as political revenge and set a dangerous precedent. Others think a second impeachment should preclude criminal investigation. But ignoring evidence of criminal conduct would also set a dangerous precedent, enshrining a policy that former presidents are immune from prosecution. The ideal is for presidents not to commit crimes. And the credible threat of criminal prosecution is a powerful deterrent. Criminal justice is the clearest possible statement of what a society finds intolerable.

Another concern is that such investigations would keep attention focused on Trump and feed his claims of witch hunt and martyrdom. But surely we know him by now. Trump will do all he can to keep himself in the news, airing his grievances, no matter what prosecutors do or don’t do.

Finally, those opposed to holding Trump accountable say that President-elect Joe Biden and the next attorney general must refrain from investigating Trump and his associates as part of an effort to restore impartiality to the Department of Justice. But in a depoliticized Department of Justice, career prosecutors and investigators conduct investigations without political direction or interference. For the president or the attorney general to order (or ask) the department’s attorneys to cease or not commence investigations relating to Trump would perpetuate, rather than reverse, former Atty. Gen. William Barr’s evident political interference in prosecutorial decision making.

Merrick Garland, assuming he is confirmed as attorney general, should neither order that the department prosecute Trump nor that it not prosecute him. Rather, Garland should establish an independent task force to coordinate federal investigations relating to evidence of Trump’s misconduct. That would ensure that such probes would go forward without political interference and without distracting the rest of Justice Department.

Justified federal investigations can be handled with sensitivity and professionalism, making it clear that no one — not even a former president — is above the law.