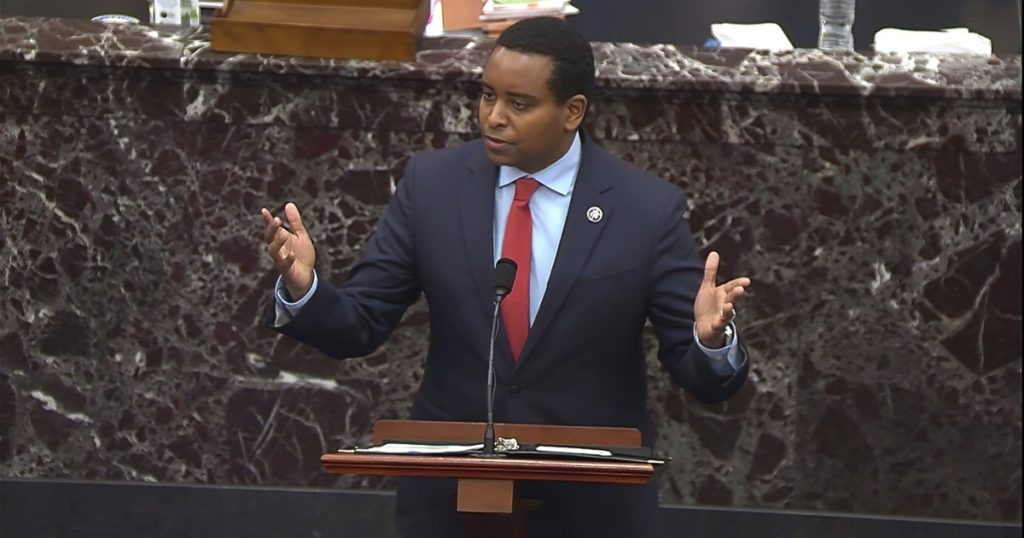 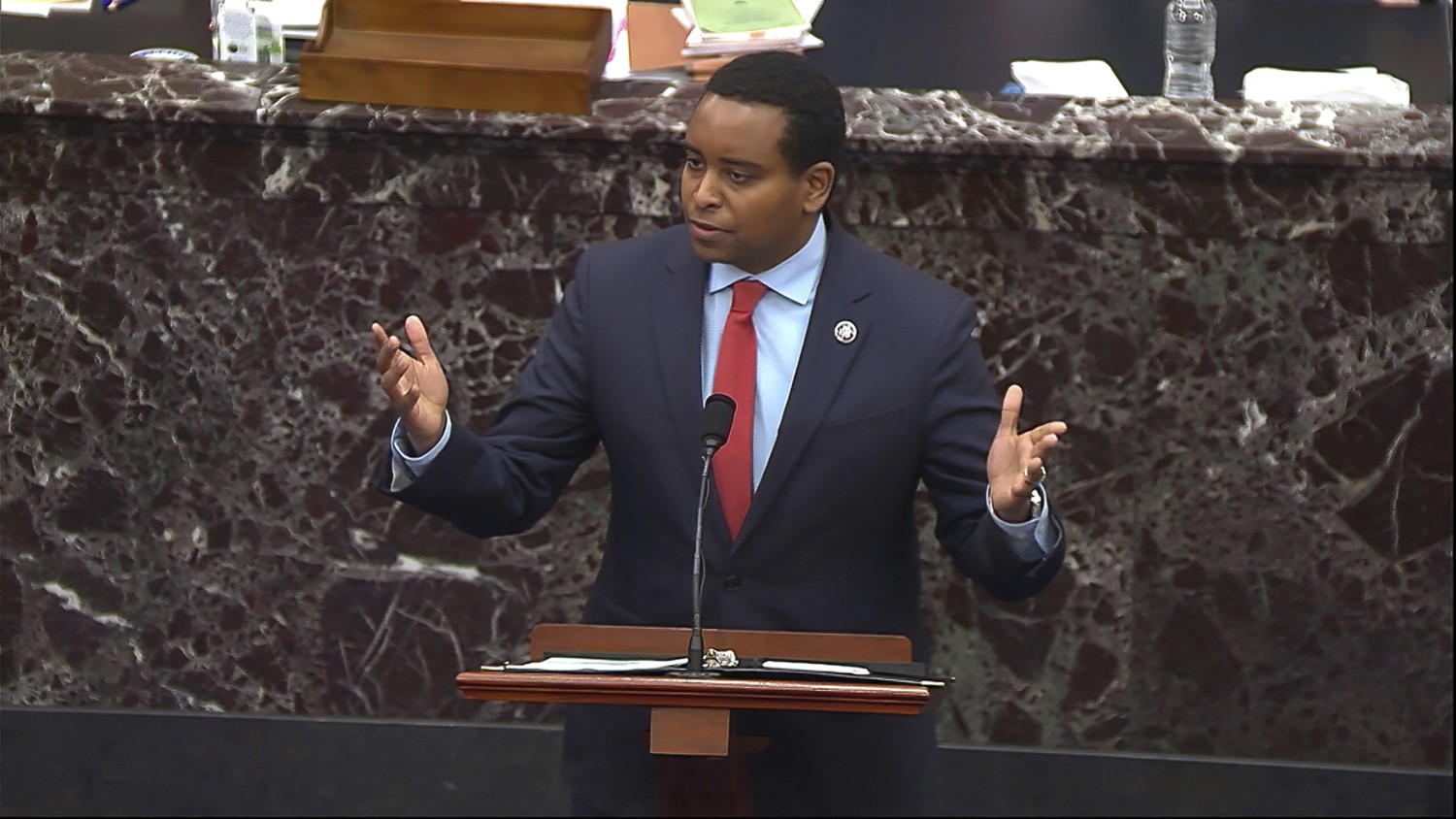 Six weeks after that harrowing day inside the Capitol — when he’d been urged to grab a gas mask and texted his wife “I love you,” as security officers evacuated lawmakers from the House — Rep. Joe Neguse was making his 2-year-old daughter Natalie a peanut butter and jelly sandwich in his kitchen.

He was home in Colorado. He was safe. And after serving as the Democrats’ youngest House manager to prosecute former President Trump during last week’s impeachment trial, he was suddenly a political star.

In a party often criticized for its aging leadership — all three top House Democrats are octogenarians — the sudden prominence of new-generation talent like Neguse was a welcome development.

His 16-minute summation, a plea to Republicans to put country over party, drew on his upbringing as the son of Eritrean refugees and his anguish over the insurrection and the apparent fragility of democracy. It led to a burst of 61,000 new Twitter followers, national media attention and heaps of praise from commentators.

“He was just really, really good. He debunked the bad-faith, legalistic arguments from Trump’s attorneys, but he combined it with a deep emotional appeal,” said Tim Miller, a former Republican strategist, in an interview. In a tweet, Miller likened Neguse’s performance to Barack Obama’s breakout speech at the 2004 Democratic National Convention.

Not that he predicts Neguse, who’s just 36 and starting his second term, will be president in four years. “It’s more that this is a moment people will point to as he rises in the party,” Miller said.

In the privacy of the senators’ cloakroom just off the chamber’s floor, several Republicans, including two of Trump’s closest allies, complimented Neguse for his trial presentations, according to two people with knowledge of those conversations. But ultimately only seven Republicans voted to convict the former president, who escaped an impeachment conviction for the second time in 13 months.

The outcome surprised almost no one in Washington. But Neguse, days later, remained stung.

“I legitimately believed there was a chance we could convince 67 senators,” he said in an hourlong phone interview this week. “As naive as that might have sounded, I believed that.”

In urging Republicans to “rise to the occasion,” Neguse said he aimed not to shame them but to explain that Democrats were driven by love of country, not hatred of Trump. Instead of a tirade, he sought to testify to his own faith in America’s ideals and institutions.

“That truly is borne from a deep belief that in America anything is possible,” Neguse said. “How can I not believe that when, as the son of refugees who came to this country with very little, I have the opportunity to serve in the House of Representatives?”

Neguse has been in politics since joining student government at the University of Colorado Boulder. After graduation, inspired by the 2008 Obama campaign, he sought and won election to the university’s board of regents that year at just 23. Six years later, he ran to be Colorado’s secretary of state and lost by two percentage points in a 2014 election cycle that was brutal for Democrats.

Even in losing, he made a positive impression — so much so that the Republican who beat him later spoke at the state Capitol in support of Neguse’s confirmation to oversee Colorado’s regulatory agencies. When a congressional seat opened in 2018, several more experienced Democrats in the Boulder-area district stayed out of the race in deference to Neguse.

Steve Fenberg, one of Neguse’s close friends from his CU student government days and now a state senator, said Neguse’s rapid ascent is no surprise.

“He’s never had a master plan or sought the spotlight,” Fenberg said. “But the more you practice, the luckier you get. He ends up getting opportunities and being in the right place because he’s so capable and driven.”

Neguse was overshadowed among the many Democrats first elected in 2018, the year the party recaptured the House majority; it was a group that included Rep. Alexandria Ocasio-Cortez (D-N.Y.) and other more outspoken and controversial members. Yet they tapped him to represent their class in the House party leadership. He also was unanimously elected to the committee on Pelosi’s team that hones the caucus’ message.

After the November election, Pelosi asked Neguse to work with three more senior members to oversee the House’s certification of the electoral college results on Jan. 6. Following the insurrection that day, and the House’s impeachment of Trump a week later for incitement, Pelosi made him one of the nine managers to prosecute Democrats’ case before the Senate. It was no token appointment: Over the five-day trial, he got more time at the microphone than all his cohorts aside from Rep. Jamie Raskin (D-Md.), the lead manager.

The Democrats didn’t win a conviction, which required a two-thirds Senate vote, though the majority that did support convicting the former president was the most bipartisan of the four impeachment trials in history. But as after his first, unsuccessful election campaign, he succeeded in making a strong and favorable impression.

“I’ve always said that Joe could run the world. People just need to know who he is,” said Leslie Herod, another close friend from college and now a state lawmaker in Colorado.

There is no clear path for Neguse at the moment, with Hickenlooper having just secured a six-year Senate term and Colorado’s other senator, Democrat Michael Bennet, seeking a third term next year. But his ascent within the House could continue amid the inevitable generational change ahead for Democrats there.

Rep. Hakeem Jeffries of New York, currently the chairman of the House Democratic Caucus and a potential successor to Pelosi, has been one of Neguse’s mentors since the younger man first was weighing whether to run.

“His advice to me was to do the job that you have well, period. And other opportunities may come your way,” Neguse said. “That is the approach that I’ve tried to take.”