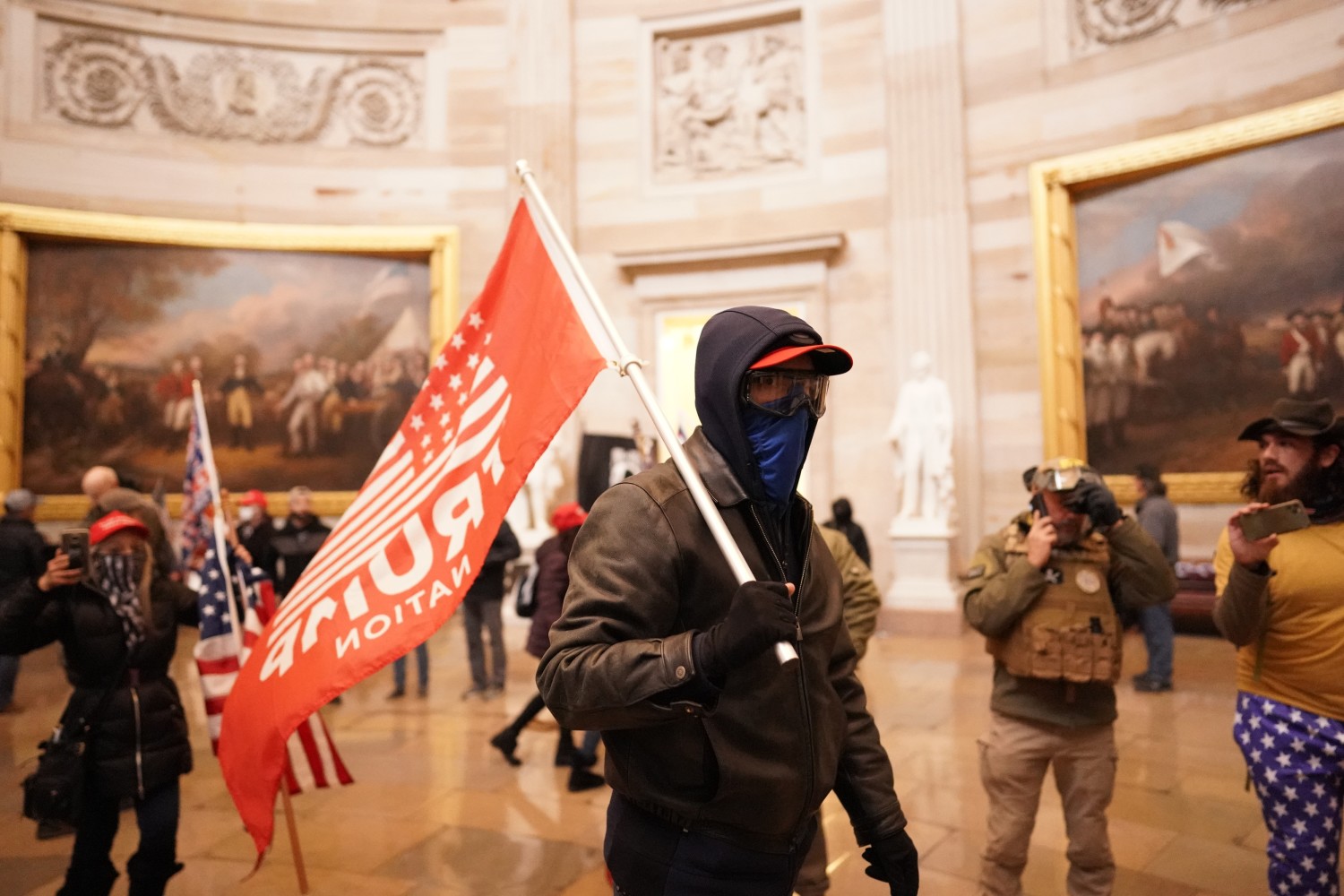 I want to be outraged over Vogue’s cover shot of Kamala Harris, soon to be this country’s first female, Black, South Asian vice president ever, I really do. I have worked in the news media for my entire adult life and I have seen some bone-headed editorial decisions — and selecting a Chuck Taylors-fun photo, obviously intended for inside the magazine, instead of the more dignified, respectful and lovely portrait that photographer Tyler Mitchell clearly considered his cover shot, ranks right up there.

I agree with those who believe the choice smacks of racism and sexism; the editorial response about celebrating Harris’ “authentic and approachable nature” just made it worse — that’s what we’re celebrating about this hat trick of firsts? Harris is not the new head of human resources; she’s the vice president-elect.

So as I said, I really would like to feel outrage over what is a troubling and significant cultural moment. But I just can’t. I am too busy feeling outraged about too many other things, including that we are not being allowed to celebrate the many triumphs Harris represents because President Trump and his right-wing extremist supporters are forcing us to worry about Harris’ personal safety instead.

The days leading up to the Jan. 20 inauguration of President-elect Joe Biden and Harris, who won a large and definitive victory despite many attempts by Trump and his enablers to disenfranchise millions of voters, have been blighted by the murder and mayhem of a thus far failed insurrection mounted by Trump and members of Congress. Murder and mayhem that pose a credible threat to the lives of Harris and Biden as they prepare to take their oaths of office — thereby doing the will of a counted, recounted and, in several cases, hand-counted clear majority of the American people.

Their historic inauguration was already to be curtailed by a pandemic that — exacerbated by the actions and inactions of this president, members of his administration and many of his supporters — continues to kill thousands of Americans every day. Even before Trump sent an angry armed mob to invade the Capitol, many intent on killing or harming members of Congress, Biden had been clear that his inauguration would be a low-key affair. The parade would be virtual, the swearing-in small and compliant with safety restrictions. No big, enthusiastic crowds, because such gatherings would put the people he has agreed to serve in danger.

Now, the threat of harm comes not only from COVID-19 but also from hordes of insurrectionists unified and empowered by Trump, who will now be the first president in this country’s history to face impeachment twice.

Confederate flags and other racist and anti-Semitic symbols marked the domestic terrorist mob that invaded the Capitol, revealing in no uncertain terms what they are — white supremacists who see in Trump an authoritarian willing to enact their racist agenda. Trump’s failed legal challenges to the election results — which morphed into Sens. Ted Cruz and Josh Hawley’s failed efforts to block certification of those results — heavily targeted ballots in cities with large Black populations. Never before has “liberal” been so tightly tied to the will of Black, Latinx and Indigenous Americans in the eyes of those who fear the loss of a distinctly white power base in this country.

Does the Vogue slight fit into that narrative? Absolutely, and it is important to point that out. As we saw on Jan. 6, we must combat racism, sexism and authoritarianism wherever we see them. We must knock the cultural conversation sideways so that all the ingrained signals of disrespect and danger fall to the floor to be swept away.

Unfortunately, I — like so many Americans — find myself so physically overwhelmed by anger and anxiety, fear and outrage that I can’t give proper attention to Vogue, though I am very happy that others have done so. Watching the fallout from the armed insurrection, I am grateful to have democracy’s enemies — including but not limited to white supremacists — so obviously revealed. And I’m horrified at how brazen we have allowed them to become. Never before have I felt so much pride in our democratic systems and such fury at their ability to be misused by those who seek to destroy them. Never have I been as happy to see individuals, social media platforms and corporations finally act responsibly in their censure of Trump’s attempt to thwart the 2020 election, nor as ashamed by what we have come to: that it took armed insurrection to open their eyes.

How do we live through this unprecedented moment? This is not a rhetorical question. I cannot be the only person swinging between fear that our nation is being overthrown and irritation that I have no idea when my family will get the COVID-19 vaccine. I cannot be alone in toggling between a burning desire that every person involved in Jan. 6’s domestic terrorist event be arrested, charged, paraded through the streets and put in jail, and a pitiful, painful longing to see my daughter play basketball again or just watch her go out the door to school.

I want to storm the streets and I want to pull the covers over my head, even though I know I cannot responsibly do either. I am tweeting more than I have ever tweeted before, even though I absolutely believe Twitter is part of the problem. I am talking about what has happened incessantly with family and friends and then rigorously setting aside time when we have to talk about something that does not make everyone so upset.

So right now, I am trying to use whatever energy I have to cling to hope. I do have hope, and though I have never understood the word “cling” as deeply as I understand it now, my hope is real. Democracy held on Jan. 6, just as it held in November, just as it will hold on Jan. 20. (And if they’re looking for people to act as a human shield on Inauguration Day, I’m in.)

That so many were able to muster the energy to protest the Vogue cover fortifies my hope. I‘d like to be one of them, but every thought I have leads me directly to my outrage at the clear contempt for the 14th Amendment shown by so many of our elected officials, especially those representing California who chose to support an insurrection against democracy even as their state was under already deadly siege from COVID-19.

But the Vogue cover matters, just like everything matters, and if there is too much of everything at the moment, well, we have to pick our battles. There are a lot of them right now, so it’s a good thing there are so many of us.