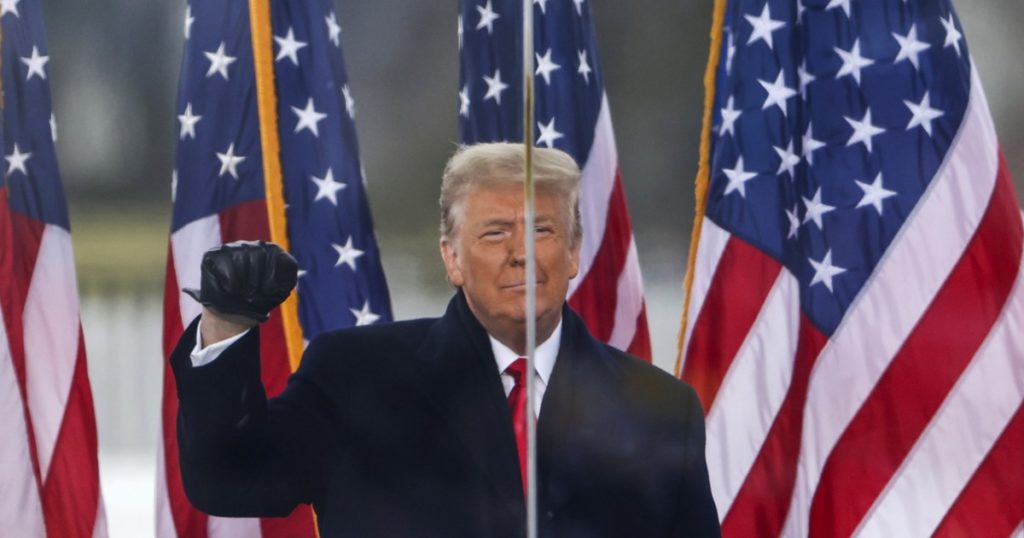 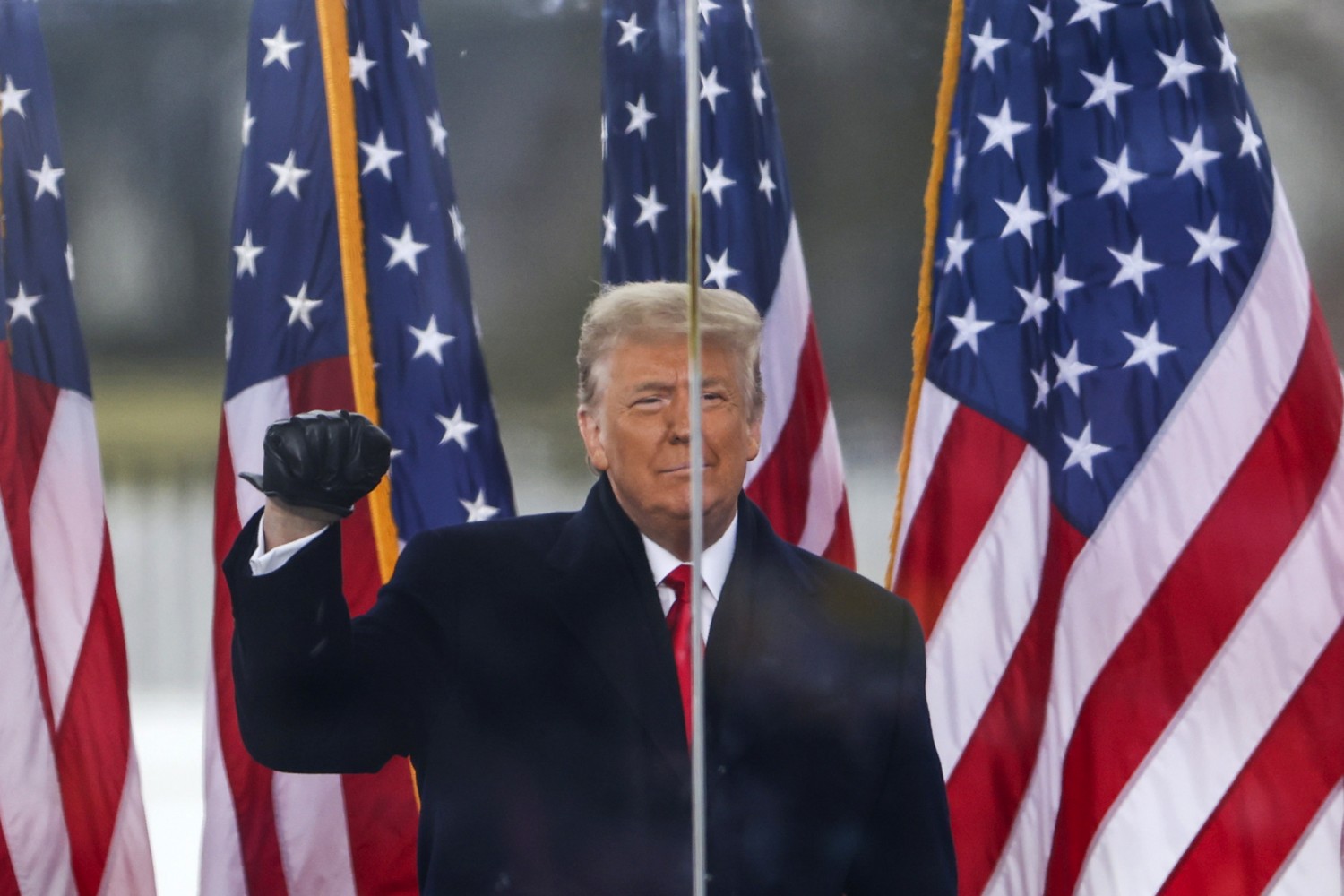 President Trump vowed to “never concede” at a gathering of his supporters in Washington, leading an extraordinary protest of the final ratification by Congress of Joe Biden’s electoral college victory, claiming that the peaceful transfer of power in 13 days amounts to “the country being destroyed.”

“All of us here today do not want to see our election victory stolen by emboldened radical Democrats,” Trump told a crowd of supporters on the Ellipse just south of the White House. “We will never give up. We will never concede. It will never happen. You don’t concede when there’s death involved. Our country has had enough. We will not take it anymore.”

The “Save America March” was organized in support of Trump’s false assertions that he won the election and unproven claims of mass voter fraud in favor of Biden. Claiming that elections in “Third World countries” are “more honest,” Trump framed his own efforts to invalidate the democratic process as a populist crusade.

“We will not let them silence your voices,” he said. “We’re not going to let it happen.”

Taking the stage 58 minutes later than scheduled, Trump continued to ratchet up pressure on Vice President Mike Pence, who is tasked with presiding over the final certification by Congress, and Republican lawmakers, vowing retribution against those who don’t place their loyalty to him above their oaths to the Constitution.

“I hope Mike is gonna do the right thing. I hope so. I hope so, because if Mike Pence does the right thing, we win the election,” Trump said, claiming that “one of the top constitutional lawyers in our country” informed him the vice president has “the absolute right to” throw out the election results, which is not actually the case.

Trump was inflaming his supporters with such battle cries just as Pence arrived on Capitol Hill and delivered a formal letter, outlining his belief that he cannot “reject electoral votes unilaterally,” essentially turning a deaf ear to the president’s public pressure campaign.

Many attendees followed the president’s directive to march up the National Mall toward the Capitol in order to “give our Republicans,” Trump said, “the kind of pride and boldness that they need to take back our country.”

Although Trump retains the power to incite his supporters, McConnell’s speech was a clear sign that the president’s clout over his party may be waning. The comments came just hours after election runoffs in Georgia, where Democrats are on the verge of sweeping two Senate races to wrest control of the chamber away from the GOP, a defeat many Republicans have been quick to blame on Trump, whose attempts to overturn the presidential election dominated the final weeks of the campaign.

True to form, Trump ignored the latest electoral setback, calling the Georgia runoff a “a setup,” instead claiming that the GOP owed its victories to him, and blasting “weak” and “pathetic” Republicans and presaging an ugly fight for control of the party.

“We have to primary the hell out of the ones that don’t fight,” Trump said bluntly. “If they do the wrong thing, we should never ever forget that they did.”

Referring specifically to Sen. Mitt Romney (R-Utah), one of his most frequent GOP critics and the only member of his own party to vote in favor of his impeachment conviction, Trump celebrated a video showing a supporter harassing the lawmaker in an airport terminal.

“I wonder if he enjoyed his flight in,” Trump riffed.