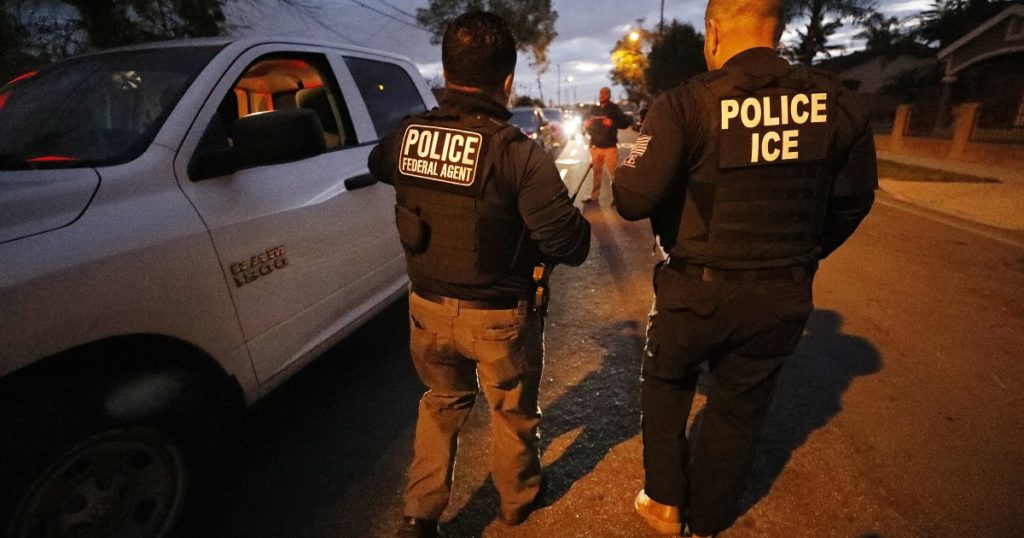 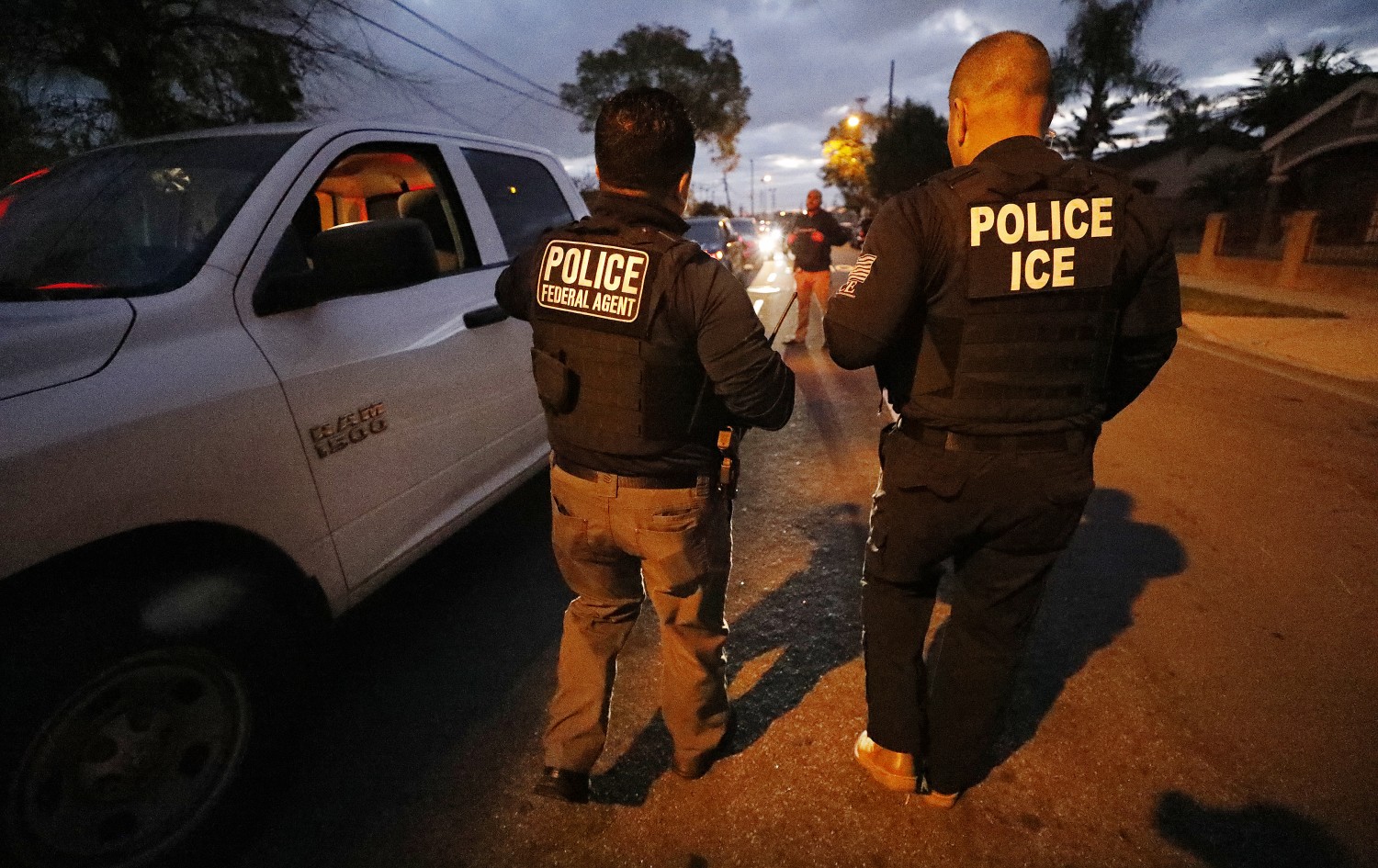 U.S. Immigration and Customs Enforcement could get its first Senate-confirmed leader in nearly five years this fall — laying the groundwork for change at an agency long criticized for its treatment of immigrants in detention.

ICE faces mounting pressure to enact reforms as the Senate prepares to vote on President Biden’s nominee, Texas Sheriff Ed Gonzalez, who has long worked with ICE but has also taken a moderate approach to immigration enforcement. While the Biden administration has already announced new guidelines for the agency, implementing them and others will fall to the new director.

The question of what ICE can and should change is complicated. Calls for reform of the nearly two-decade-old agency have come from across the political spectrum and range from more targeted detentions, to abolition of the agency itself. The Los Angeles Times spoke with more than a dozen advocates, experts, former detainees, current law enforcement officers, and former ICE officials to hear what kind of changes they would like to see.

For years, the loudest call has been to improve conditions for detained immigrants, most of whom do not face any criminal charges but are waiting to find out whether they will be allowed to remain in the U.S. ICE has two main branches: one that investigates transnational crimes, including human trafficking and money laundering, and another responsible for enforcing immigration law across the nation’s interior. It is the latter — Enforcement and Removal Operations — that has so often sparked controversy.

Last fall dozens of women reported they were subjected to unnecessary medical procedures performed without their consent by a gynecologist contracted by ICE, leading to Secretary of Homeland Security Alejandro Mayorkas to announce plans to close two ICE detention centers, including the Georgia facility where the medical accusations came to light. Other past allegations have included abusive treatment of detainees, some of which was documented in a 2020 investigation by The Times, as well as the use of toxic industrial disinfectant at a private, ICE-contracted detention center in California. More recently, detainees and advocates have accused the agency of failing to prevent the spread of the coronavirus in crowded immigration detention centers.

In a statement, ICE officials said the agency is cooperating with an investigation by the DHS Office of the Inspector General into the Georgia facility.

Some advocates, former detainees, and lawmakers say closing a few detention centers fails to address what they call a larger pattern of poor treatment, often in privately run facilities. Rep. Zoe Lofgren (D-San Mateo), who chairs the House Subcommittee on Immigration and Citizenship, is among those who have long called for better oversight of all U.S. detention facilities.

“For those who must be detained, conditions must be improved. It would be smart to replace the very expensive system of for-profit facilities with more affordable non-profit facilities,” Lofgren said.

ICE officials defended the agency’s practices, saying it uses various kinds of facilities to meet its needs while also attempting to save taxpayer money.

Yenni Petit, a Haitian asylum-seeker and a transgender woman who was detained by ICE for three months this year, spoke to The Times after she was held at the Pine Prairie ICE Processing Center, a private facility in Louisiana operated by the Geo Group. While in custody, according to documents filed on her behalf by her lawyer, she was denied her hormone treatment and placed in solitary confinement for more than 60 days for what she was told was her own protection.

“How is this a place for immigrants who don’t have any history of violence?” asked Petit, 26, whose lawyer secured her release in May. Petit wore an ankle monitor for two months as she awaited the outcome of her case.

ICE spokesperson Dani Bennett said in a statement that Petit repeatedly requested to remain in “protective custody,” or solitary confinement, and did not claim to have mental health issues or concerns at her weekly mental health check-ins.

Bennett added that Petit’s request for hormone replacements “was determined not to be medically necessary” during her stay at Pine Prairie.

The Geo Group said DHS provides extensive policies related to the care and treatment of transgender individuals, and that the company is “contractually required to meet those policies and standards.”

“The decision of where to house a transgender detainee is made on a case-by-case basis, taking into account several factors including but not limited to, the individual’s gender identity, the safety and well-being of the detainee, medical care needs, and individual preference based on community/family ties or attorney in the area,” Bennett said in the statement.

Immigrant advocates and some lawmakers are calling for a more targeted approach to detentions. Early in his presidency, Trump demanded federal authorities take a “zero tolerance” approach to anyone living in the country illegally, doing away with an Obama-era emphasis on detaining and deporting immigrants with criminal backgrounds, or those who had recently arrived.

Mayorkas announced earlier this year a plan to reorient ICE’s mission to prioritizing those who pose a threat to national security or public safety, or were recent arrivals. According to the interim agency guidance, in cases where individuals do not fit this description, deportation officers must get permission from supervisors to carry out arrests. Updated agency enforcement guidelines are to be released later this month, according to a DHS spokesperson.

The announcement was welcomed by most advocates, though they said they are still waiting to see Mayorkas’s guidance translated into action.

Others say Mayorkas’s policy shift doesn’t go far enough. Jorge Loweree, policy director of the nonprofit immigrant advocacy group the American Immigration Council, said it’s too vague, leaving the future of millions of immigrants “an open question mark in the eyes of ICE.” Loweree wants the federal government to proactively define a subset of immigrants whom it will shield from deportation, including what he called “vulnerable populations” and “people with longstanding ties to their communities in the U.S.”

Just under 26,000 people are currently in ICE custody, down from early August 2019, when more than 55,000 people were held, according to data from the agency’s website. The drop is largely due to the COVID-19 pandemic, as ICE detained fewer people, and the U.S. virtually shut down its southern border.

Progressives like Lofgren and libertarians like Alex Nowrasteh, director of immigration studies at the libertarian Cato Institute, would like to see ICE use alternative methods, such as ankle monitors, to track immigrants outside of detention. Electronic monitoring through ankle monitors is one of ICE’s many “alternatives to detention” programs.

DHS also announced on August 17 a program that would provide social services, including mental health services and sex trafficking screenings, to non-detained immigrants facing deportation. The program would supplement other “alternatives to detention” programs. These programs are “not a substitute for detention, but allow ICE to exercise increased supervision over a portion of those who are not detained,” agency officials said in a statement.

ICE officials said in a statement that the goal of the 287(g) program is public safety. It hopes to achieve this by enabling local police to “identify criminal noncitizens who they have arrested for local crimes,” and who may be undocumented, and to “turn them over to ICE for immigration enforcement after their criminal case is complete” so that ICE can expel them from the country.

Kevin Lashus, a former attorney with Immigration and Customs Enforcement under President George W. Bush, said the local collaboration is an important part of immigration enforcement—especially when it comes to individuals who have committed serious crimes or have outstanding orders of removal.

But Lashus said in recent years the law enforcement collaborations have been used as “an excuse by local communities to get the federal government to take custody over individuals who have been arrested for minor crimes,” creating a chilling effect among some undocumented immigrants. They fear that reaching out to local law enforcement, even to report crimes, will lead to their expulsion from the country.

In hopes of minimizing that chilling effect, ICE updated its policy on August 10 announcing it would no longer seek to expel certain victims of crime. “The new policy significantly limits the circumstances under which a noncitizen victim will be detained by ICE, requires pre-approval for civil immigration enforcement actions against victims, absent exigent circumstances, and adds new tracking and training requirements,” agency officials said in a statement.

Lashus would like ICE to also create an exception for undocumented individuals who report violent crimes in their communities.

That’s still not enough for Amada Armenta, a UCLA associate professor of urban planning who specializes in immigration enforcement. She’d like to do away with the collaboration programs altogether. When “immigrants [are] afraid to engage” with law enforcement, she said, “that’s bad for all of us.”

REFORM FROM TOP TO BOTTOM

Calls to abolish ICE, or at least its enforcement arm, have grown louder in progressive circles. But the argument has also gained traction among libertarians.

Nowrasteh, of the Cato Institute, said he supports abolishing the Enforcement and Removal Operations division and rebranding ICE to focus solely on investigating transnational crime. That, he says, would allow for more cooperation between local law enforcement and ICE by ensuring that the agency focuses on people who are “real criminals, rather than just immigration offenders.”

The ‘abolish ICE’ mantra is dead on arrival in Congress. Sarah Saldaña, who served in the Obama administration as ICE’s last Senate-confirmed director, calls it a “very simplistic approach to a very complex, full-of-tentacles issue.” But even a partial rebranding of the agency is bound to stall, as it did in 2018, following news of the separation of migrant families along the U.S.-Mexico border.

Whatever reforms are enacted, critics and supporters of ICE agree that the new director must address low staff morale. Both Lashus and Saldaña agree poor morale stems from a lack of leadership at the agency, which is being run by acting director Tae Johnson.

“There’s nothing like an agency without leadership,” Saldaña said. “That is a formula for disaster.” She hopes a speedy confirmation of Gonzalez will give ICE “the leadership that’s needed for an agency that is much maligned but provides a tremendous service to the country.”

Gonzalez has taken a middle-of-the-road approach to reform. As sheriff of Harris County, Texas, where Houston is located, Gonzalez ended his department’s participation in ICE’s controversial 287(g) program granting his deputies federal immigration enforcement powers. But, he still allowed ICE to issue extended “holds” on those detained by his deputies.

That mix might not win over progressives and hardliners, but it might just earn him the 51 votes needed to become ICE’s new director — and thread the needle on reform.