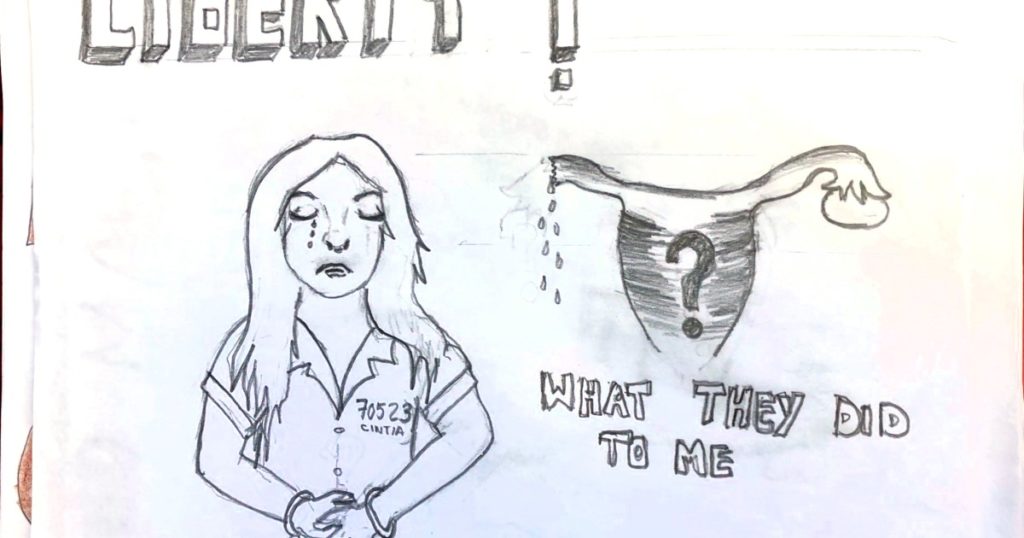 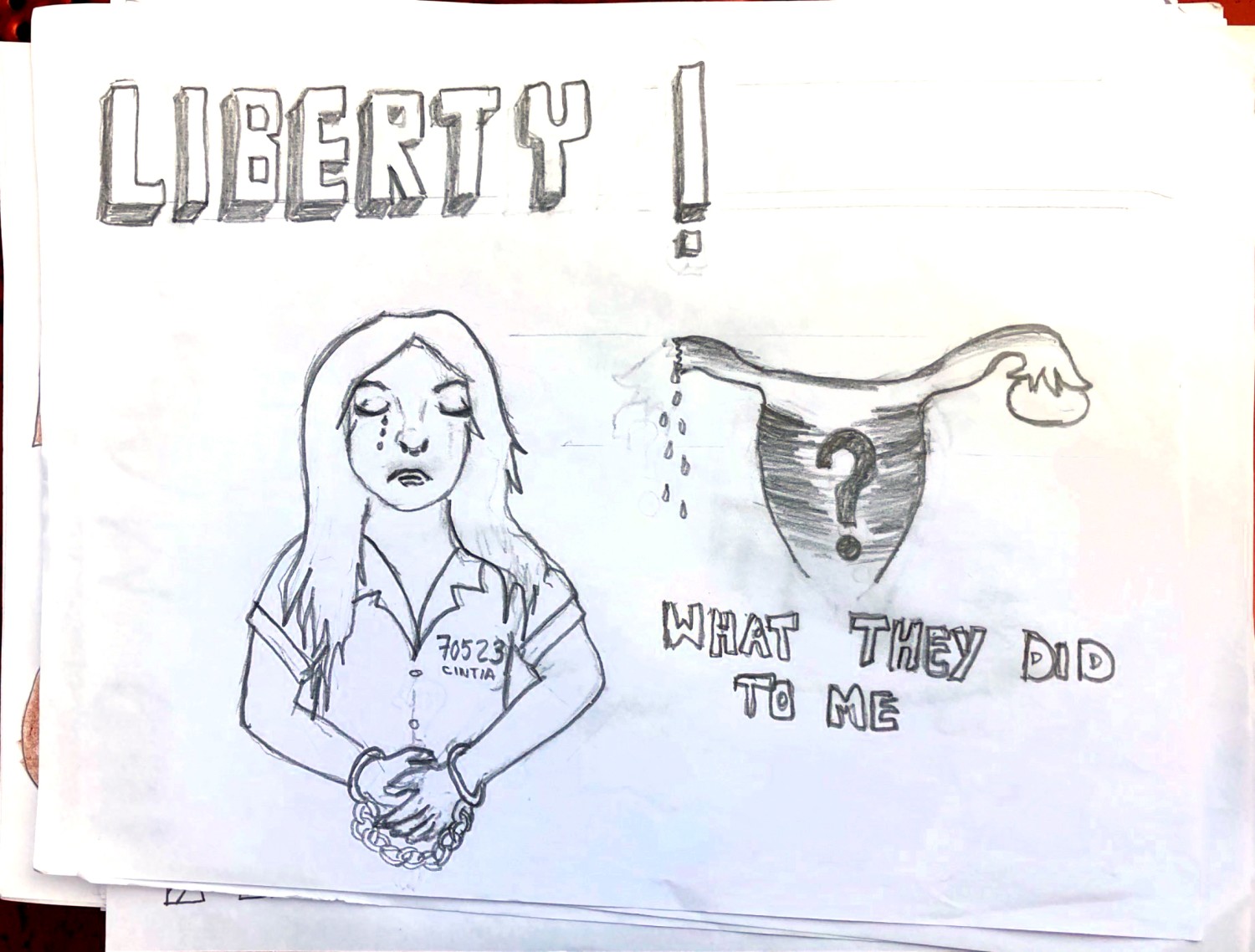 Four months ago, a Honduran immigrant named Jackelin was taken from the Irwin County Detention Center in Georgia to see a local gynecologist.

Then a few weeks ago, lawyers for Jackelin and 16 other women detained by Immigration and Customs Enforcement informed investigators that the women wanted to testify against the doctor, who’s now at the center of a criminal investigation amid allegations that he pressured patients at Irwin to undergo unnecessary medical procedures, including hysterectomies.

Since then, immigration officials have moved to deport the 33-year-old mother of five, who is married to a U.S. citizen and has lived here for more than five years. Jackelin was scheduled for a Wednesday deportation flight, until a last-minute order came for her to remain at the rural Georgia facility.

This is the uncertainty for Jackelin and other women at Irwin who face imminent deportation by ICE, despite an ongoing criminal investigation by the FBI, the Justice Department and the Homeland Security inspector general’s office that focuses on their experiences with the gynecologist, Dr. Mahendra Amin.

The women — the majority of whom are Black or Latina, from the Caribbean, Africa and Latin America — allege that Amin performed overly aggressive or unnecessary gynecological surgeries on them without their consent, including removing their reproductive organs. Their accounts are backed by new lawsuits, sworn declarations, lawyers and outside medical experts who’ve submitted their analyses of thousands of pages of medical records to lawmakers, as well as to the investigators.

“The pain from the doctor was something horrible,” said Jackelin, who asked to be identified by her middle name because she feared retribution. Her lawyers filed suit on Monday.

The alleged abuses prompted a national outcry in September after a nurse at the facility filed a 27-page whistleblower complaint to the Homeland Security inspector general, leading more than 170 lawmakers to demand an investigation.

The women, as well as lawyers, advocates and members of Congress, allege that ICE is retaliating against the group for speaking out against Amin and their treatment in the agency’s custody, and attempting to obstruct the investigation by withholding medical records and physically removing the evidence: the women themselves.

ICE spokeswoman Danielle Bennett said the agency is “fully cooperating” with the Homeland Security inspector general investigation, including interviews conducted by the Justice Department. Bennett said ICE has been notifying the inspector general’s office “about any planned transfers or removals of Irwin detainees who were former patients of Dr. Amin.”

“Any implication that ICE is attempting to impede the investigation by conducting removals of those being interviewed is completely false,” Bennett said in a statement to The Times.

Amin’s lawyer Scott Grubman did not comment on the investigation but said in a statement that “Dr. Amin is in no way, shape, or form, involved in ICE’s decisions as to whether or not to deport a detainee … he simply treated ICE detainees as an outside physician.”

Another woman who spoke out against Amin, Yanira, was pulled off a deportation flight to Mexico last week after an emergency filing by her attorney. The 36-year-old’s grandparents brought her to the United States when she was 3, and she has an 11-year-old daughter of her own, a U.S. citizen.

“They used to take their sweet time on deporting women, letting us stay here extra time to make us learn their lesson,” said Yanira, who has been detained by ICE for roughly a year. “Then [nearly] everybody started getting deported so fast, everyone who’d had surgeries or something performed on them. There’s only a few of us left in here.”

Yanira had requested treatment for hot flashes. Instead, she said, when she first saw Amin in February, he performed a transvaginal ultrasound — despite her having no reproductive organs to examine because she’d previously undergone a complete hysterectomy, according to a report by a team of medical experts who had reviewed Yanira’s medical records. The team also looked at the records of 18 other women; its findings were first reported by The Times and submitted to Congress last month.

At least six women who spoke out against the gynecologist have been deported from Irwin already, four almost immediately after they were interviewed in recent weeks by investigators, according to lawyers and legal filings.

ICE has attempted to remove at least six more women on the list sent to investigators and who, like Jackelin and Yanira, have reported medical abuse. But officers pulled back at the last moment after emergency intervention from lawyers or lawmakers. Several of the women have been released from detention, but with final removal orders, ICE still could deport them at any time.

Amelia Wilson, supervising attorney with the Immigrants’ Rights Clinic at Columbia Law School, who is representing several of the women, said prosecutors should want to talk to every potential witness.

“If I knew that their removal would amount to the removal of physical evidence that I need to make my case — key, critical information literally within their own bodies — I would want to keep that evidence close to me and in the United States,” Wilson said.

Only three women remain at Irwin who are alleging abuse and who have been interviewed by investigators about their experience with Amin. One is Mbeti Ndonga, a 37-year-old born in Kenya.

Unlike many of the other women at Irwin, Ndonga doesn’t have kids, but she wants to. “I’m waiting for the right person to come along,” she said. She joked to Amin that she wanted four children, named Hot, Caramel, Peaches and Cream. “That’s what I wanted to name my kids since I was a little girl.”

She said that Amin replied coldly that her uterus was the size of a “melon” and would probably need to be removed, and told her that “it would be a miracle if I could have kids.”

Later, when Ndonga and another woman were brought to the hospital in shackles, she said, she signed forms that she thought were routine intake paperwork. A nurse asked, “Are you having a hysterectomy?” and she replied no. “I remember thinking in my head: This lady is asking too many times. … If I wake up without a period, I’m going to be in trouble.”

Only later, after lawyers interceded in her case and obtained Ndonga’s medical records, which were analyzed as part of the October congressional report, did she learn what procedures Amin had performed — dilation and curettage, to scrape tissue from inside her uterus, and a laparoscopy, in which incisions are made in the stomach. Neither were necessary, outside doctors concluded.

“It’s completely shocking,” she said, “because I don’t have a choice in here.”

Hours after she spoke with investigators, she said, ICE officers told her a “hold” on her removal had been lifted — more than 500 days after she’d first been detained at Irwin, after an arrest stemming from an “improperly medicated mental illness,” according to her legal filings and medical records. ICE deportation officers then told her lawyers that their requests for relief based on her mental health diagnosis and increased risk for COVID-19 had been denied, and that Ndonga has been scheduled for removal for the first week of December.

“You have to self-advocate and speak up for yourself — but you don’t know what’s going to happen to you when you do,” Ndonga said.

Last week lawyers filed the first of several lawsuits seeking temporary restraining orders against the removals. The latest, filed just before midnight Tuesday, resulted in a stay for a Mexican woman named Ana at 3:45 a.m., hours before she was due to be deported Wednesday morning, according to her lawyer, Tracie Klinke.

The plaintiffs’ legal teams and members of Congress, who have launched independent inquiries, argue that the Trump administration is violating the women’s 1st Amendment and due-process rights, as well as longtime policies protecting those cooperating in criminal investigations.

“It is against ICE policy to initiate removal proceedings against an individual known to be the immediate victim or witness to a crime,” a 2011 memo states.

On Nov. 9, when Yanira was taken from the airport back to Irwin, she recounted, the transport officers laughed about the investigation tied to Amin, saying of her and the other women, “‘They’re all lying about it.’”

“I was just thinking to myself … why would we lie about it? You’re still deporting us!”

The Homeland Security Department pays independent doctors such as Amin, who practices gynecology in nearby Douglas, Ga., for the procedures they perform on patients in immigration detention. LaSalle Corrections, which runs the facility, also operates 25 other detention facilities, correctional centers and jails.

Five years ago, the Justice Department, including the U.S. attorney for the Middle District of Georgia, investigated Amin, along with eight other doctors and the Hospital Authority of Irwin County, over allegations of Medicaid fraud. They ultimately settled for $520,000.

Wilson said she’s skeptical about the outcome of the current investigation.

“The government probably cares more about financial fraud than assault and battery on women of color,” she said. “Many of these women are poor immigrants, some have some serious stuff in their background.… In our country’s history there’s never been much justice for women in this situation.”

Inspection reports from the detention oversight arm of ICE’s Office of Professional Responsibility show that Irwin is consistently in violation of national detention standards that “directly affect detainee life, health, safety, and/or well-being.”

Lawyers for women at Irwin who have asked the Justice Department about the scope of the inquiry said that investigators cited “the confidentiality of their ongoing investigation.”

Despite many countries shutting their borders amid the COVID-19 pandemic, ICE has ramped up deportations considerably in recent weeks, particularly after election day. Last month, there were nearly 500 ICE Air Operations flights, a more than 10% increase since September, according to Witness at the Border, an immigrant advocacy group that tracks the flights.

There have been 44 confirmed coronavirus cases among detainees at Irwin as of Tuesday, according to ICE.

The ongoing COVID-19 risk is part of the basis for Jackelin’s request for release, because she suffers from asthma.

In September, she spoke with members of Congress who visited Irwin in response to reports about Amin’s alleged medical abuse. She said the armed guards at Irwin told her that she should “go to bed” and “keep quiet,” according to her declaration.

On Nov. 10, lawyers petitioned for her release from detention — which started with an arrest for driving without a license — with letters of support from her children. She fled an abusive former partner in Honduras and fears he will make good on threats to kill her if she is deported there.

Yanira said that when ICE officers came to take her out of her cell Nov. 9, she panicked, thinking, “How am I going to tell my daughter?” After their year apart, she said, the 11-year-old suffers panic attacks and is seeing a psychiatrist.

Her removal to Mexico remains imminent. She doesn’t remember the country and has no living relatives save her biological mother, who gave her up at age 3, meaning she’d be homeless.

“We did make mistakes,” said Yanira, who was arrested on a minor drug possession charge, according to her records, “but we are still human. We’re not animals that were roaming the streets that just deserve to be caged up forever.”