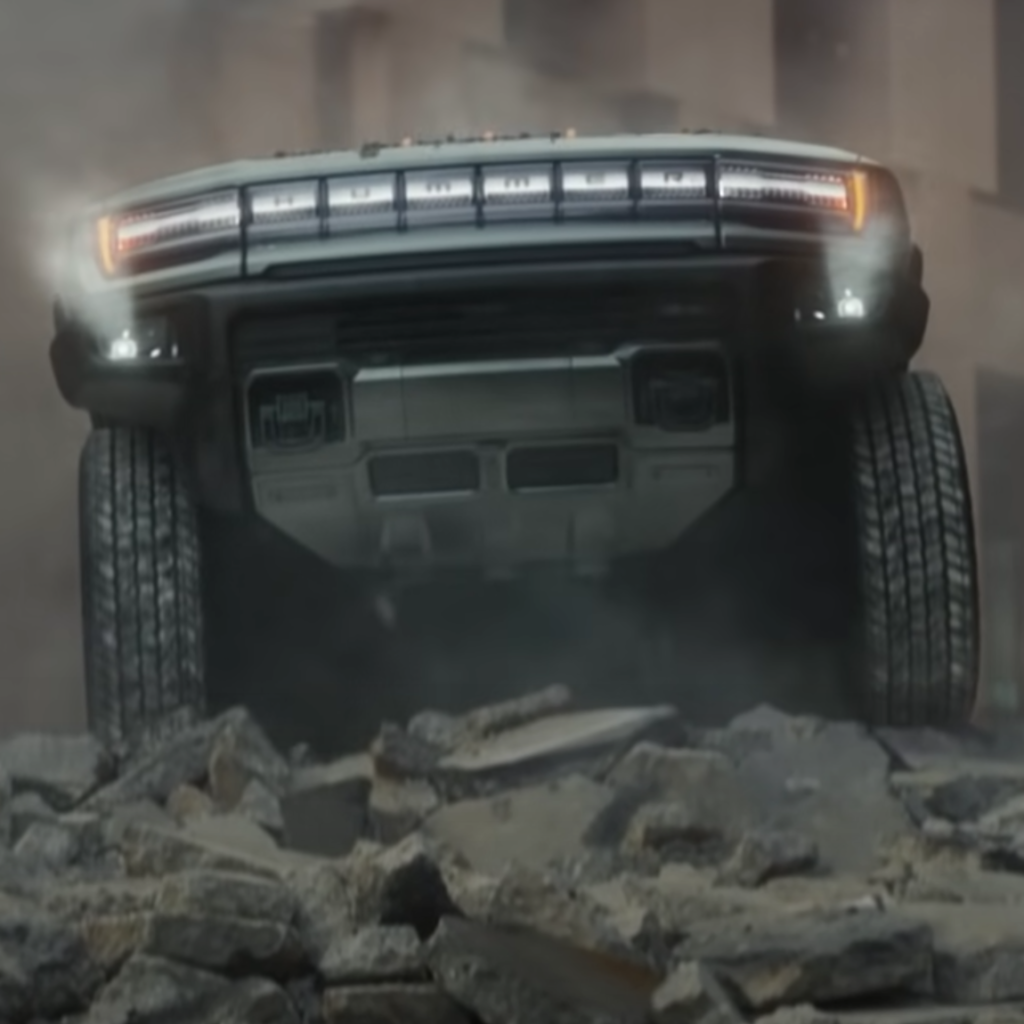 We’re kicking off our quest to find America’s Most Toxic Car ad with a bang — if not necessarily an engine blast.

As Americans come down from the sugar high of Labor Day Weekend sales at the auto dealership, we’re taking a close look at two bad ads for the same vehicle: one electric, one an original recipe gas-guzzler, both ultra-fatal to vulnerable road users in the event of a crash.

That’s right, folks: we’re talking about the old-school Hummer and the Hummer EV.

First up, the Hummer EV

It might surprise some readers to see an electric vehicle make an appearance so early in the competition. After all, green vehicles are an important harm reduction strategy in the fight to end climate change, and in a perfect world, every car on the road would run on clean power rather than fossil fuels — and there would be a whole lot less of them, because everyone would have a range of safe, affordable, and attractive mobility alternatives available to them.

But electrifying the automobile alone does nothing to mitigate all the other corrosive aspects of car dependency. And perhaps no single car better typifies that than the Hummer EV — which is probably why more readers submitted spots from its 2021 ad series than any other single make or model in this competition.

From the moment it literally plummets from the ether and into a zebra crosswalk, the electric Hummer is sold to the American carbuyer as nothing less than a Luciferian destroyer of worlds, capable of smashing a city street with the sheer force of its 9,046 pound weight and then grinding its way out of the rubble…and because America’s highway trust fund currently relies largely on gas taxes to fund road repair, its owner doesn’t even have to pitch in much to help clean up the mess.

Besides a few vague allusions to how the electric supertruck will “change the world” and “revolutionize” transport, the ad barely even acknowledges that the car is electric  at all — and in every other respect, the ad is a standard-issue celebration of speed and domination that checks off nearly every box on the toxic car ad bingo card. (Well, at least if you sub out a Matthew McConnaughey voiceover for Lebron James.)

We’ve written at length at Streetsblog about all the ways the E-Hummer will perpetuate the worst negative externalities of the original  Hummer (while not even doing all that much for the environment — especially compared to transit, biking and walking), so we won’t rehash all that here.

And anyway, today’s question isn’t whether the car is bad, but whether its commercial is more toxic than the ad for its progenitor. So in this corner… 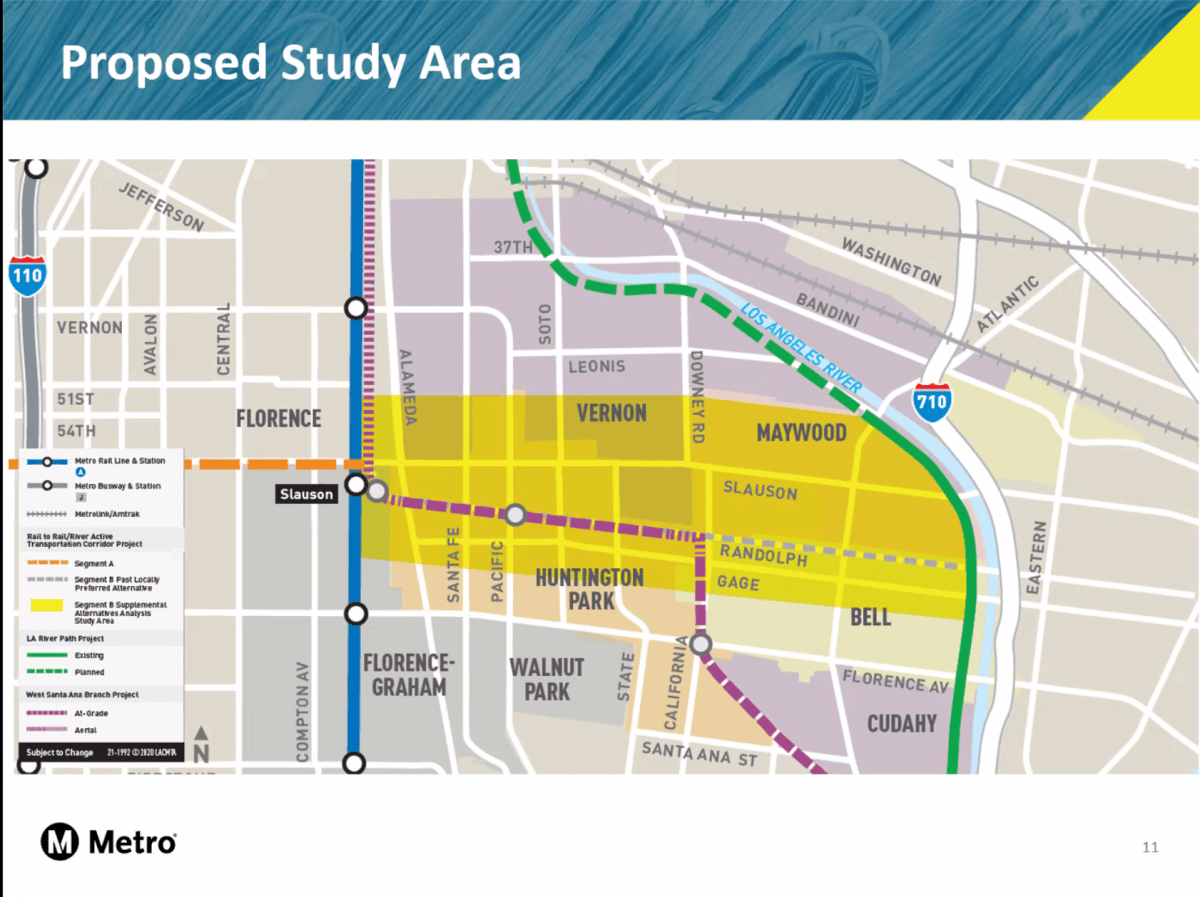 So just to get it out of the way: we uh, weren’t exactly starved for choice when it came to picking an original Hummer ad for this contest.

There was the one where a child ran down his friends in a soapbox derby-scale version of the car…and the one where the company bragged that female-presenting drivers could “threaten men in a whole new way” (presumably with vehicular manslaughter?)…and the seemingly infinite number of ads where the car sails over what appear to be polar ice caps that the OG Hummer, which averaged nine miles to the gallon, definitely helped melt in the 29 years since the car rolled onto dealership lots.

But we thought this 2008 commercial deserved special recognition, if only because it features a man who feels so insecure about his vegetarianism (thanks to a single, not-even-particularly-judgmental glance from a masculine-presenting stranger with a probable iron deficiency, natch) that he feels the need to wildly overcompensate for it…by immediately laying down $30,000 for a tank.

Yes, my friends: in this ad, the Hummer is literally sold as the cure for being a soy boy.

We’re going to dig deep on the many inglorious ways that toxic masculinity manifests in car ads throughout this contest, but suffice it to say: tofu is delicious, meat production is pretty damn bad for the planet, too, and if your sense of your own masculinity is so fragile that a single, wordless exchange can send you into a painful shame spiral ending in tens of thousands of dollars in likely subprime debt, please consult a good therapist, or at least some free resources that might help you learn to be a little kinder to yourself and the people in your life.

But in the meantime, help us pick: which of these two commercials deserves the title of America’s Most Toxic Car Ad: the Hummer EV or the Hummer OG?

Polls will close at 11:59 p.m. ET on Friday, Sept. 10. Check back soon for the next matchup and a reveal of the full bracket.