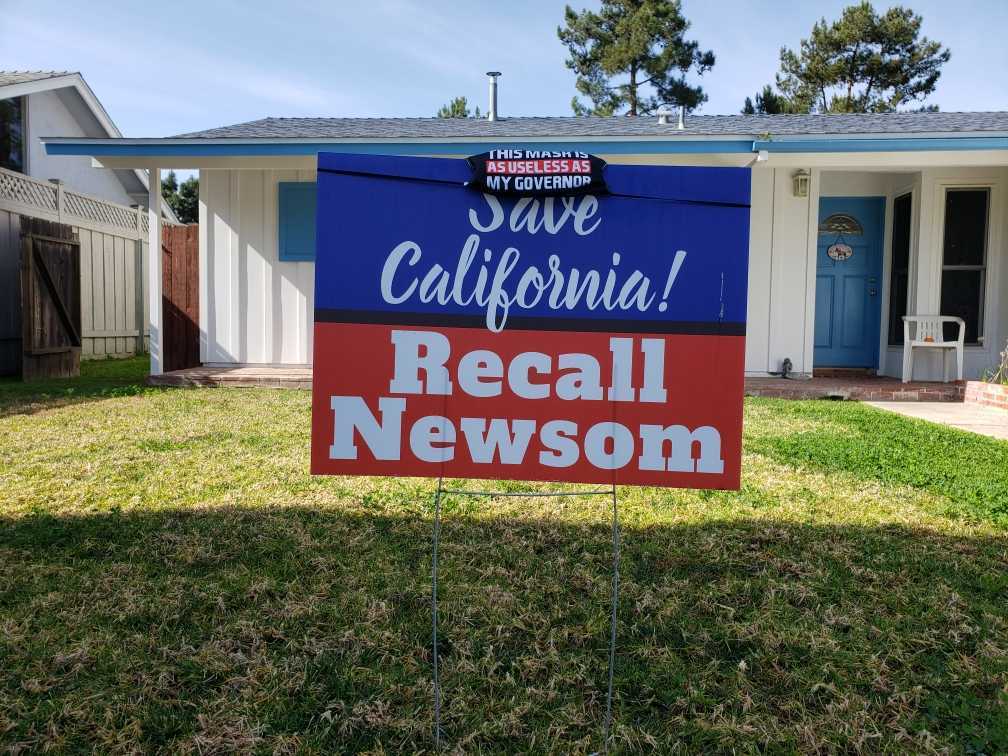 It’s possible that Gov. Gavin Newsom will be yanked from office in a recall election. But it’s more likely that he’ll emerge from the brawl stronger than ever.

And a stronger Newsom could mean an even weaker California Republican Party, which will have tried to topple the Democratic governor and failed, squandering energy, money and what’s left of its influence.

“The danger for Republicans is that they should be careful what they wish for. They might get it,” veteran GOP political strategist Marty Wilson told me recently before the recall effort looked like a cinch to qualify for a special election ballot.

“It’s a very fraught situation for the California Republican Party.”

The deadline for turning in nearly 1.5 million voter signatures was Wednesday. Recall campaign officials said they have collected more than 2 million. Both the national and state Republican committees strongly endorsed and helped fund the signature-collection drive.

Wilson, executive vice president for public affairs of the California Chamber of Commerce — he oversees the powerful organization’s political activities — believes in what he calls the “Woody Hayes doctrine.” Hayes was a legendary Ohio State University football coach.

“Hayes was once asked, ‘Why don’t you throw more forward passes?’” Wilson says. “His teams mostly ran the ball. Hayes answered, ‘Because three things can happen and two of them are bad.’”

A pass can be caught. But it also can fall incomplete, wasting a down, or be intercepted.

“Three things can happen in this recall,” Wilson says, “and two of them are bad.”

The one good thing for the GOP would be if Newsom got bounced. But even then, the timing would be bad. A new Republican governor would have to immediately begin running for reelection in 2022.

And, as Wilson adds in an understatement, “There’s no guarantee he could hold the office.” Not in this blue state in a high-turnout general election.

One bad thing that could happen for the GOP would be if an even more liberal Democrat entered the recall race and won.

“You’ve got to think this thing through,” says Jon Coupal, president of the Howard Jarvis Taxpayers Assn. “What happens if [Assemblywoman] Lorena Gonzalez runs?”

But it’s a safe bet that the San Diego Democrat, who authored the 2019 labor-backed legislation requiring companies to hire independent contractors as employees, will not be running in the recall election. She’s close to labor, which strongly opposes the recall.

Villaraigosa has been calling around the state feeling out possible support for a candidacy, plugged-in sources tell me. His intention is to watch the polls, measure Newsom’s strength and decide sometime in summer when an election date is set and there’s a deadline for filing candidacies.

In a field crowded with Republicans and recall target Newsom not allowed on the ballot, Villaraigosa could wind up as governor. But it’s doubtful he’ll run. He would be denounced as a party pariah eating into Newsom’s anti-recall base.

Villaraigosa ran against Newsom in 2018 and finished a distant third in the top-two primary with only 13% of the vote. Newsom was first, followed by Republican businessman John Cox. Newsom trounced Cox in a general election landslide.

Cox is running again, along with former San Diego Mayor Kevin Faulconer and the latest Republican candidate, former U.S. Rep. Doug Ose of Sacramento. None have the broad appeal of movie action hero Arnold Schwarzenegger, who was elected governor during the 2003 recall of Democratic Gov. Gray Davis.

The second possible bad thing for Republicans would be strengthening Newsom for his reelection race next year.

Recall advocates will fire their most potent ammunition at the governor — accusing him of being too slow on reopening schools, inconsistency in closing restaurants and small businesses, incompetency in paying out billions in fraudulent unemployment claims and hypocrisy in dining at the French Laundry.

OK, when he survives that, then what? There won’t be much left.

Newsom does have a tendency to overpromise and screw up, restocking his critics’ ammo drawer. But odds are it’s not going to get any worse for him.

He’ll have more than enough campaign cash. There’s no limit on donations to a governor defending against a recall. He can get a jump-start on 2022 reelection campaigning.

It’s possible that both Newsom and the GOP could be winners. The recall attempt might inject Republican voters with needed enthusiasm and expand the party’s donor lists.

“It’s firing up the base,” Republican consultant Matt Rexroad says. “If this gets on the ballot, Republicans are going to be jazzed.”

“I don’t think it really backfires on Republicans,” GOP consultant Rob Stutzman says. “Backfire on what? Republicans have virtually nothing to lose.”

Stutzman, who was Schwarzenegger’s spokesman when Davis was recalled, adds: “Newsom could end up stronger. But he could be weakened as well if he narrowly pulls it off.”

Newsom will try to pollute the recall effort with the stench of former President Trump, who lost by nearly 2 to 1 in California. That shouldn’t be hard. All the major GOP candidates so far supported Trump.

Recall officials say that more than a third of the voters who signed recall petitions were non-Republicans. Many independents and Democrats are angry at Newsom’s pandemic decisions.

But their final choice will be between keeping a Democrat or installing a Republican Trump supporter. In this hyperpolarized atmosphere, the best bet is they’ll stick with Newsom — and make him stronger.