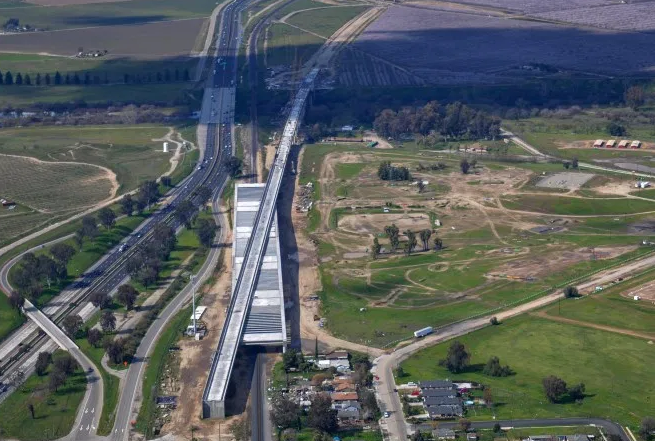 Streetsblog is publishing interviews on the best practices to Build Back Better throughout the summer on Streetsblog California, Streetsblog Los Angeles, and Streetsblog San Francisco. In our second piece, we interview Romic Aevaz, Policy Analyst, and Paul Lewis, Vice President, Policy and Finance, with the Eno Center for Transportation, about what it will take to expand the state’s transit systems without the cost overruns and delays typically associated with mega projects.

Streetsblog: To what extent is it perception and to what extent is it a reality that the Bay Area, the U.S., and California in particular, spend more money than their counterparts in Europe and Asia when building big transit projects? And how do we minimize costs for long-dreamed-of future projects, such as a second Transbay crossing and other big rail improvements?

Lewis: We are in the midst of wrapping up a major project looking at this. And we found there’s a big difference between cost overruns, high costs, and having long timelines for projects in the first place. Our research has focused on the high costs and long timelines.

We put together a database that looked at big projects in the US, be they light rail, heavy rail, or whatever, and compared them to Canada and Western Europe and found indeed the U.S. does have a problem. We pay a premium and we take longer overall… and because of those costs we end up building less transit overall.

Streetsblog: Is this about surface rail construction out in the places such as the Central Valley (as seen in the lead image) or subway tunnels in highly urbanized areas? Or is it both?

Aevaz: If things are at grade or below grade, across the board there’s a U.S. premium. New York City, in particular, is an outlier for high costs on our lists, but even if you excluded NY, there’s a 47 to 48 percent higher costs depending on mode, this includes the Central Subway, the build-out of light rail in Los Angeles, the early stages of the subway in L.A., eBART, other Bay Area extensions.

Streetsblog: So that confirms what I think most people know–that things cost more in the U.S. But what’s behind it? Is it that we just fund things in an inefficient way? I mean, look at the way the High-speed Rail project gets partial funding, then the funding gets cut off from Washington, then it’s on again from the governor, then it’s delayed again by the legislature. Of course, it’s going to get more and more expensive if it’s constructed in years-long stops-and-starts.

Lewis: Our colleague Jeff Davis has done a lot of work on California HSR. He shows how federal requirements kind of doomed it from the start. There are important lessons from California High-Speed Rail related to new funding.

There are three broad areas to look at that are important to making things come in on budget. First is to make sure the governing institutions and the oversight and decision-making is in place and right to get these to projects to move forward. We also need to organize our processes and procedures to build transit from conception to completion. Things such as community engagement, environmental reviews, utility relocation, land acquisition–it’s all much too slow and cumbersome and outdated. We need to make it easier.

Streetsblog: Concrete example… metaphorically speaking, but literally if you’ve got one.

Lewis: We need consistent standards for things like fire safety, code standards–we need to end all the customization and standardize designs.

Streetsblog: You mean don’t build every station and bridge to be unique?

Lewis: Standardizing all stations and rolling stock could go a long way to cutting costs rather than designing everything from scratch every time we build it. We did a case study on the Copenhagen subway. They’d never built a subway before. And they built a ring line underneath all of their old historic districts.

Streetsblog: I take it they didn’t do it like BART and build a non-standard gauge system from scratch.

Lewis: They used an off-the-shelf Automated People Mover from an Italian firm, instead of going with big trains and long stations. The trains are only three cars long, but because they’re automated and very quick, they make up for lack of capacity through very high frequency.

Streetsblog: I’m familiar with the Skytrain in Vancouver which is like that. Stations are short, tunnels are smaller, but the trains come so frequently you never wait for a train and I don’t recall it ever being particularly crowded.

Lewis: Right. And in Copenhagen they were able to standardize stations–every single station is exactly the same but you add different colored panels. You can change colors and lighting, but, by and large, stations are consistent. That makes it easy to procure parts. San Francisco is the opposite. None of the trains are interoperable, not BART with Caltrain or Muni. It makes it very complex and incredibly difficult to coordinate.

Streetsblog: That’s why the priority for a second Transbay tube is generally to use standard rail, not BART. Nobody wants more of BART’s specialized trains and parts.

Lewis: Fragmentation makes it awfully challenging. Frankly though, capital planning and strategy is similarly fragmented. Without MTC the region would be totally sunk. But trying to coordinate 26 different agencies is no easy task.

Lewis: The process by which agencies reach a “record of decision” also needs reformed. There’s a lack of coordination and integration across agencies–the state, local, and all these issues come up during the authorizations process too late for easy resolutions.

Streetsblog: So these different processes need to be brought into sync? Like maybe if you can tick the right boxes on a project you’re assumed qualified for your environmental reviews on all levels of government?

Lewis: This is what they do in Canada. Canada has exempted a few of their big projects in Toronto from their environmental review process, while still protecting the environment.

Aevaz: They have a nationwide environmental review process that’s only in effect if the project goes across provinces. And there’s a clear process for raising objections. And once complete one minister has to approve and if you don’t hear back then it’s considered approved. They also just passed legislation giving the project sponsors more authority for right-of-way acquisition and utility relocation. It’s treating transit as inherently beneficial so it doesn’t go through the same process as if you’re building an oil refinery. They set up a different class of assessment. This prevents projects from being held up or delayed.

Streetsblog: Getting back to California’s biggest project–High-speed Rail. The next huge challenge for them is going to be funding and building through the mountains to connect L.A. and the Central Valley. That’s going to take some serious tunnels. Are there any other lessons from overseas?

Lewis: We looked at Spain, which did a lot of things really well with some of the lowest tunneling costs, but part of that is because part of it was easy soils. One of the things they’ve done is break it up into pretty small sections and chunked it up into 20 or 30 kilometer projects.

Streetsblog: That’s interesting. So break it up into more manageable projects?

Lewis: I think another issue is we tend to over-rely on consultants and under rely on competent in-house public sector managers.

Streetsblog: Right, that’s been a recurring theme with HSR and other California projects.

Aevaz: We also have to learn to be more tolerant of disruption in urban and non-urban areas. In Madrid, communities were more willing to accept agencies tearing up the street. Tolerate more short-term disruption so projects don’t take so long.

Streetsblog: It seems as if we want transit to get built without disrupting anyone and then we want it to perform like the London Underground. Then we wonder why it takes so long and costs so much.

Lewis: We want transit to do everything without costing anyone, even when it’s operating. We saw that with the Expo Line, in L.A., where they built the train at grade but didn’t give it any traffic signal priority, so it under-performs. Heaven forbid we slow down some of the vehicular traffic for a train full of people.

Streetsblog: Can the Biden Administration help prevent this kind of subversion–maybe sabotage is the better word–of transit projects by local DOTs?

Lewis: There is perhaps a role for federal dollars to be more targeted and help agencies and planners overcome some of these challenges, by requiring more things of projects.

Streetsblog: Like you can have this money, but don’t then tell us your train has to wait at a red light while cars go by, such as with Expo in L.A. or the T-Third in San Francisco?

Lewis: And if you don’t want to do that, it will be harder to get that money. Federal dollars are really powerful tools in overcoming these barriers and being more resolute in what those standards are; you can use the carrot of federal money for better outcomes.

Streetsblog: Like with the push-back against driverless trains that we see in the Bay Area especially? I mean, they won’t even automate the short spur of BART between SFO and Millbrae. It seems weird that we continually talk about driverless cars and pods, but not fully driverless trains, which have been around for decades in other cities.

Lewis: What! The real future is driving Teslas in tunnels! (laughs) There’s a reason we don’t have lots of magnetically levitated trains and Personal Rapid Transit. These aren’t actually new ideas. On the other hand, the automated subway train that you’ve ridden in Vancouver and the automated train in Copenhagen work. They are tested and proven and offer all the supposed benefits of other, supposedly “futuristic” technologies.

Streetsblog: So maybe the feds need to fund LRT only if it has pre-emption at all intersections over automobiles. And they can make BART extension funds contingent on driverless trains. Then we can finally start moving more people with our high-priced transit, using off-the-shelf technology. Instead, they’re giving grants for “new” tech such as Hyperloops.

Lewis: The very first subway in NY was a pneumatic tube. It was a maintenance disaster so they decided to stop doing it.

Streetsblog: Maybe we should learn from that.

(This interview was edited for length and clarity.)