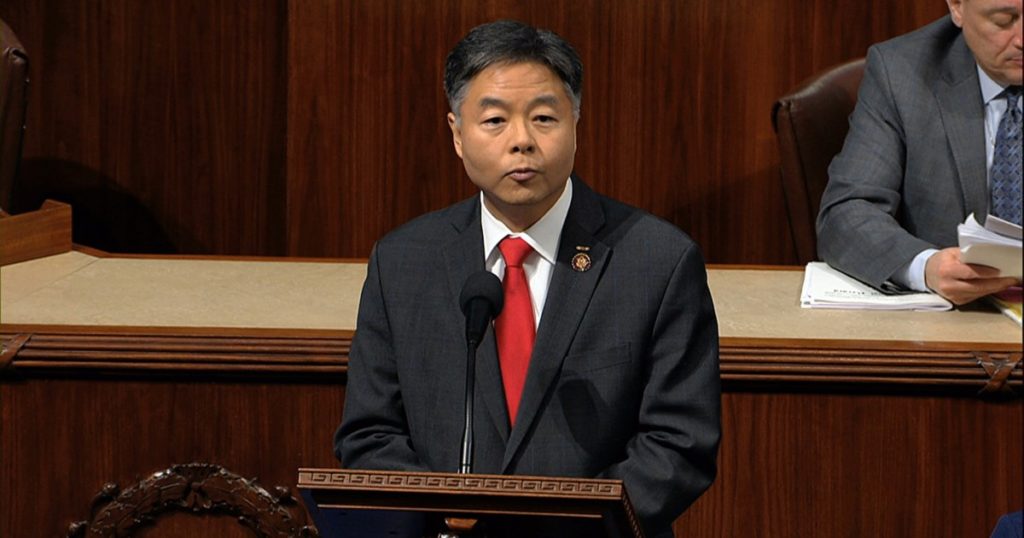 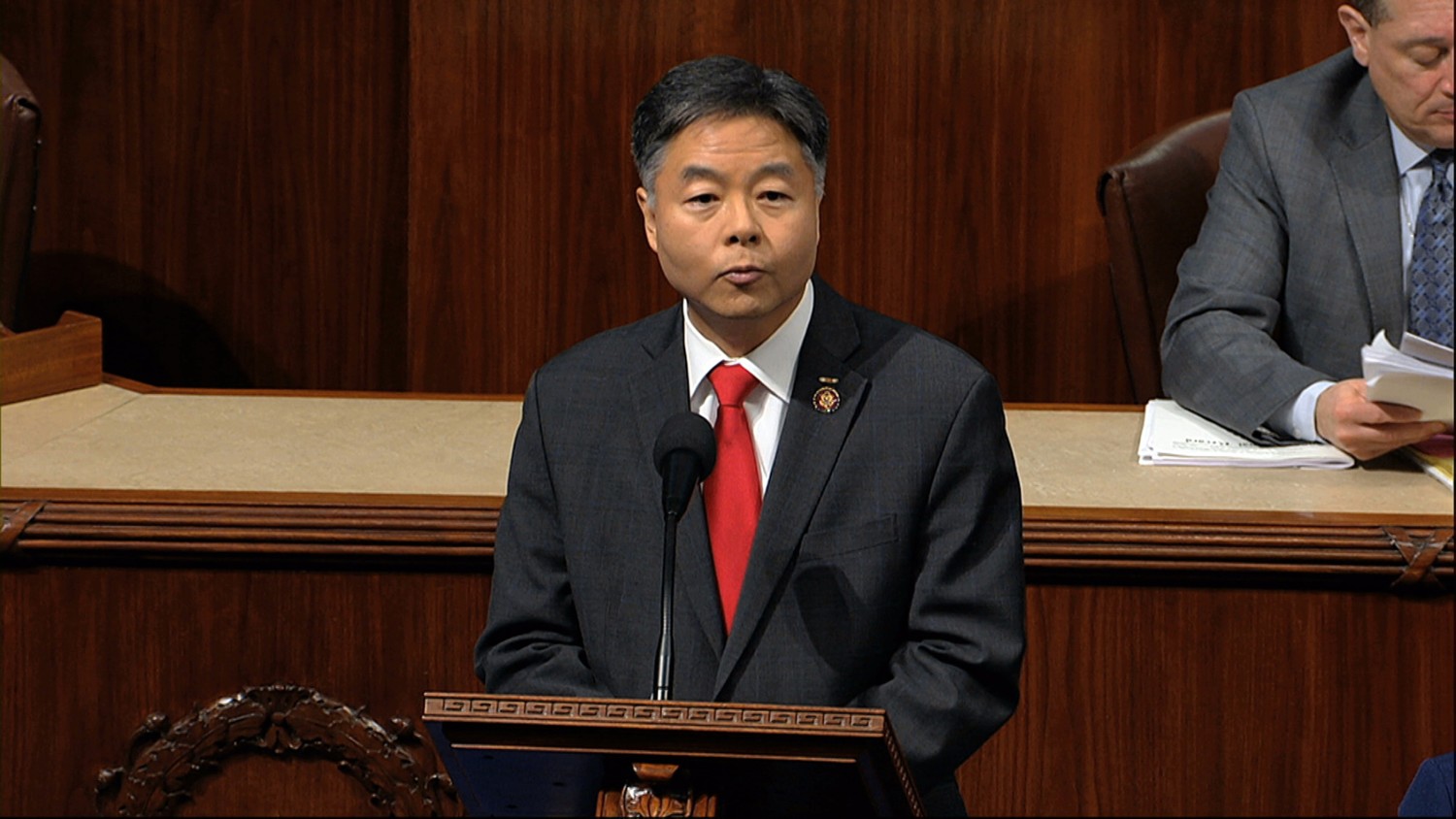 Still taking refuge in a Capitol Hill office after violent Trump supporters besieged the House and Senate floors, Rep. Ted Lieu (D-Torrance) fired off a text message to every Democrat on the House Judiciary Committee.

The committee “should start drafting articles of impeachment now, regardless of what leadership says,” he wrote in the 3:09 p.m. message. “We have seen the consequences of being weak against Trump and not holding him accountable these last couple months. If we don’t do anything besides send strongly worded press releases, then we are complicit in battering lady justice and our Constitution.”

His colleagues were scattered and panicked, most having fled just moments before angry extremists breached the doors of the U.S. Capitol and began ransacking the place.

But for those who were now safe enough to answer Lieu’s missive, the response was unanimous: Impeach.

The text message was the start of a blazingly fast impeachment of President Trump, set to culminate Wednesday with a vote that will make him the first U.S. president impeached two times.

Lieu didn’t need to worry about leadership opposing his effort. He said in an interview. “I was just super pissed off.”

Speaker Nancy Pelosi (D-San Francisco) told reporters the day after the attack that “my phone is exploding with ‘impeach, impeach, impeach.’ The president must be held accountable.”

Unlike the first impeachment, there was no talk about how centrist Democrats in conservative districts might vote. There was speed and clarity.

Lieu, one of several Californians who played a key role in the impeachment, was holed up in the office of Rep. David Cicilline (D-R.I.) as the mob descended. The two began drafting the article immediately. They were joined by staff on the Judiciary Committee as well as Rep. Jamie Raskin (D-Md.), a constitutional law expert.

The final text, just four pages, states. “President Trump gravely endangered the security of the United States and its institutions of government. He threatened the integrity of the democratic system, interfered with the peaceful transition of power, and imperiled a coequal branch of Government. He thereby betrayed his trust as president, to the manifest injury of the people of the United States.”

Swalwell said when those who worked on the text approached Pelosi, she laid out the options for removing Trump, and their pros and cons: censure, the 25th Amendment, impeachment. “She was pretty determined to make it clear that the president could not stay in power,” Swalwell said.

Lawmakers’ anger grew as they learned new details in the days that followed, said Rep. Adam Schiff (D-Burbank), who was the lead impeachment manager in 2019.

“This was a situation where as each day followed the next, people’s resolution became greater and greater,” Schiff said. “The magnitude of the harm he has created has been revealed even more and more graphically every day.”

Lieu, Cicilline, Swalwell and Raskin will serve as impeachment managers, responsible for presenting the case to the Senate.

Some of their Republican colleagues from California decried the unprecedentedly short process, saying that Trump isn’t getting time to defend himself and that there isn’t enough time for House members to weigh the facts. Impeachment proceedings traditionally take months, involve multiple witnesses as well as testimony from constitutional scholars. None of that has happened in the past week.

Elk Grove (Calif.) Republican Rep. Tom McClintock said that a spur-of-the-moment impeachment, full of passion, weakens the the power of Congress and “trivializes this power to the point of caricature.”

“I cannot think of a more petty, vindictive and gratuitous act than to impeach an already defeated president a week before he is to leave office,” McClintock said on the House floor.

San Jose Democrat Rep. Zoe Lofgren, who played a role in the past two presidential impeachments and the effort to remove President Nixon before he resigned, said a lengthy hearing process isn’t needed.

“What happened this time was in plain view. I mean, he incited a right-wing mob of insurrectionists to come and overturn constitutional government a week ago. You don’t need a long investigation to find that out,” Lofgren said.