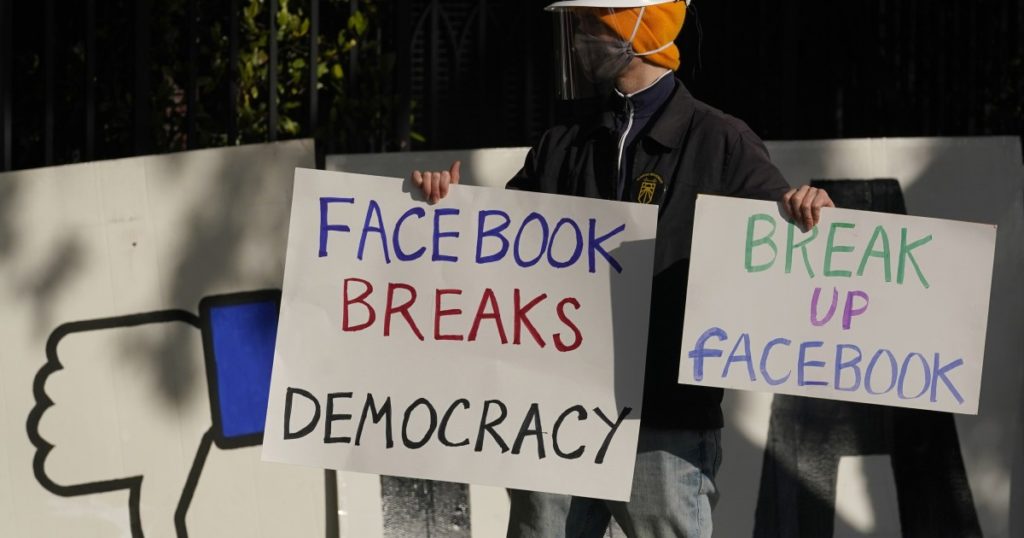 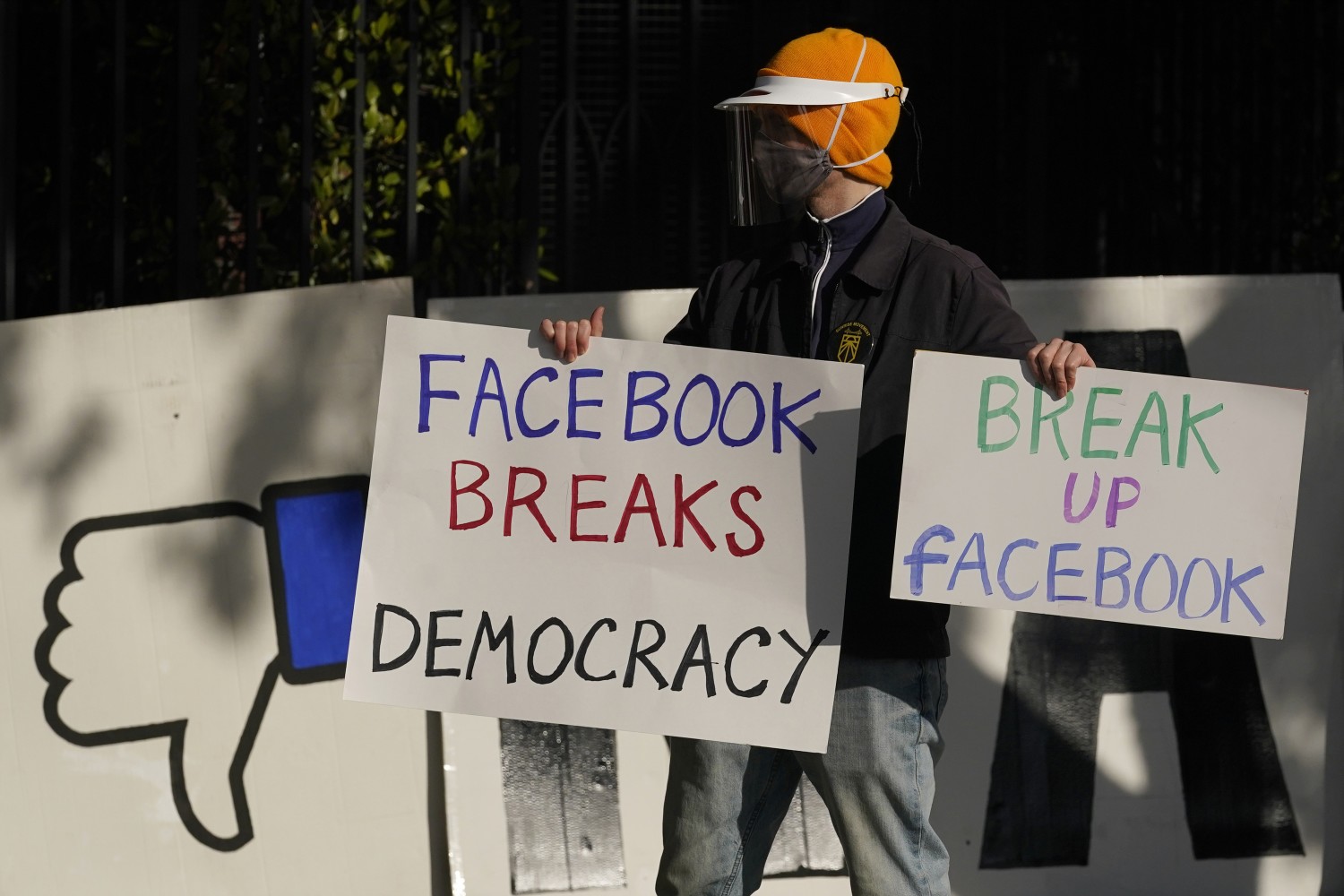 During most of Donald Trump’s time in the White House, Silicon Valley could regard the legal threats Republicans hurled its way as a sideshow: unfocused, unserious, untenable.

But a campaign launched in a cauldron of conservative grievance — over censorship allegations, complaints of “woke” corporate values and the power wielded by a few Bay Area billionaires — has, in former President Trump’s absence, morphed into something far more worrisome to big business.

The GOP push to break up, or at least punish, Big Tech is now an unexpectedly disciplined movement that is causing corporate concern far beyond the boardrooms of Silicon Valley, as the party’s identity is increasingly focused around reining in the power of large companies.

The shift is shuffling alliances inside the party and out. It is also moving many Republican lawmakers to abandon a decades-long conservative free market orthodoxy to join progressives in demanding the federal government vastly expand its antitrust operations. The decision by Facebook on Wednesday to extend its ban of Trump from the platform has further propelled the movement.

To many in the GOP, big business has become a more attractive target than big government.

“They had been listening for years to the economists who tell them firms should be able to do anything they want,” said Matt Stoller, director of research for the nonpartisan American Economic Liberties Project, which advocates the dilution of corporate power. “All of a sudden they are confronting an economy and political order where that has become very difficult for them.”

Some of the most aggressive and potentially effective action on the antitrust front, Stoller said, is now being pursued by Republicans. In federal court, he noted it is Republican attorneys general who have been most forceful in their antitrust cases against Google and Facebook, alleging the companies are using illegal, monopolistic tactics to dominate the marketplace and mislead users. The landmark antitrust action against Google filed by the Justice Department was launched in the final weeks of the Trump administration.

The ideological lines are blurring so fast it is hard to keep track of who in the GOP falls where and whether the rhetoric is coming from Sen. Ted Cruz or Sen. Bernie Sanders. “Any massive accumulation of power is bad,” longtime big business ally Cruz, the Texas Republican, tweeted recently, branding “Big Corporations,” “Big Tech” and “Big Hollywood” just as dangerous as “Big Government.”

The antitrust crusaders on the left are skeptical. Both Sanders (I-Vt.) and Massachusetts Sen. Elizabeth Warren, who launched the #BreakUpBigTech movement before it was in vogue with conservatives, say Republicans remain very much beholden to big business. They point to the big corporate tax breaks championed by the GOP and its blocking a $15 minimum wage.

Warren suggested the right is not experiencing a titanic shift so much as a tantrum after the companies made richer by the tax cuts dared speak out against GOP voter-suppression efforts. “Republicans have finally been called out,” she told the Daily Beast. Republicans had assumed, Warren said, “so long as they cut taxes for corporate America, everything will be sunshine and roses. They’re wrong.”

For some in the GOP, the push begins and ends with sloganeering, with lawmakers more focused on scoring points in the culture wars than in restructuring capitalism. But the shouting over cable news and social media is increasingly accompanied by determined bipartisan policy work that could ultimately realign government’s role in regulating companies.

“There is momentum for thoughtful reforms,” said Rep. Ro Khanna (D-Fremont), the Silicon Valley progressive who co-founded the Congressional Antitrust Caucus. “But people need to understand antitrust is not a cure-all. We should not give people false hope that it will create more empowerment and equity.”

In Congress, Republican lawmakers are joining Democrats in diving into the weeds of obscure corporate law as they search out ways to undercut the power of large firms. It was clear the movement has evolved beyond just a political vendetta against Silicon Valley during a recent congressional grilling of pharmaceutical companies, when the antitrust concerns raised by Republicans were hard to distinguish from those raised by Democrats on the panel.

In the Arizona and North Dakota state houses, Apple and Google were alarmed by the momentum of GOP-championed measures that challenged their market dominance over mobile app distribution.

Republicans on the U.S. House Judiciary Committee’s antitrust panel hedged on some of the specific plans Democrats laid out for a crackdown on Silicon Valley in a 450-page report released in October, but their own minority report, overseen by Colorado Republican Rep. Ken Buck, gave tech firms plenty to be alarmed about.

“Guys like me and Ken Buck walked into this thinking the free market can solve this stuff and there really isn’t a role for Congress here,” said Rep. Kelly Armstrong of North Dakota, one of the Republicans who signed onto the minority report. Now, Armstrong thinks differently.

The conservative said he found himself in hearings about Silicon Valley pursuing the same line of questioning as Rep. Pramila Jayapal (D-Wash.), who chairs the Congressional Progressive Caucus. “I don’t think anybody will be confusing her ideology and mine of being the same, but when comes to this stuff, we were piggybacking off each other’s questions,” Armstrong said.

The conservative fervor for regulation extends all the way to the Supreme Court, where Justice Clarence Thomas opined from the bench in April that tech platforms have become so powerful the federal government should consider regulating them as public utilities.

The momentum is propelled not just by Trump boosters, but also a large contingent of anti-Trumpers, leaving free market think tanks and advocacy organizations caught off guard, and trying to mobilize a counteroffensive.

“Even a few months ago I would have said a bipartisan bill that targets the structure and scale of individual firms was very unlikely,” said Eli Lehrer, president of R Street Institute, a free market think tank. “Today I would say there is a decent chance it could happen. … I don’t believe there is a free market majority in the Republican Party anymore.”

The enthusiasm among a growing set of GOP lawmakers for using the power of government to weaken the influence of the nation’s biggest companies is hardly unprecedented in the party of “trust buster” President Teddy Roosevelt. Yet, for decades, Republicans have been closely aligned with big business and have looked askance at robust antitrust enforcement except in the most extreme circumstances, such as when the Reagan administration broke up telephone monopolies.

The path Republicans are taking back to a party that embraces this kind of regulation is not always coherent, and it is complicated by presidential hopefuls positioning themselves as heirs to Trump’s erratic brand of populism. The declaration by longtime corporate ally Cruz that he is disavowing corporate PAC money invited charges of opportunism. There has been eye-rolling at Sen. Josh Hawley (R-Mo.) hawking his new book about the tyranny of Big Tech on Amazon.

The threats to strip antitrust exemptions from Major League Baseball were not driven so much by concerns that baseball is too big, but to punish the organization for moving its All-Star game out of Georgia in protest the state’s new voting restrictions.

The conservative Heritage Foundation, meanwhile, in December urged conservatives to fight “far-left efforts to make it easier for the federal government to use antitrust law to reshape and control the technology sector and other sectors of the economy.” But Heritage President Kay C. James put Google on notice that it may not be a reliable ally.

Her scathing letter refusing to accept the company’s $225,000 donation pointed to the growing momentum in Washington to rein in technology companies through antitrust and other measures.

“Heritage is in the midst of reviewing these proposals, and the last thing we need is for anyone to think our conclusions have in any way been influenced by a relatively small donation from Google,” James wrote.

Unlike on the left, where complaints about big business are more rooted in economic inequality and the treatment of workers, the antitrust conversation in the GOP more often turns to social issues. The party is facing companies increasingly vocal on positions at odds with GOP doctrine.

The deplatforming of Trump, the big business boycotts of GOP-controlled states restricting the right to vote and the rights of transgender residents, and the corporate embrace of the Paris agreement on climate change that many Republicans detest have pushed conservatives to rethink their relationship with these companies.

“The corporate business community is no longer a trusted validator to the average GOP voter,” said Mike Madrid, a Republican strategist in California. ”They don’t see it much differently than they see big government.”

Republicans have been here before. Theodore Roosevelt’s legacy was built on his crusading against robber barons and monopolies. And it was during the Nixon and Ford administrations that the federal government was most active in antitrust enforcement.

“It’s not just people on the left that are afraid of concentrated power,” said Daniel Crane, a professor at University of Michigan Law School. “There’s a longstanding conservative tradition that is very suspicious of it. There is concern about what happens to free market capitalism if we allow capital to get out of control and get too big.”

The question now, Crane said, is how much of that power lawmakers will dilute.

“We’re at an inflection moment,” he said. “There are a range of possibilities of where this goes.”