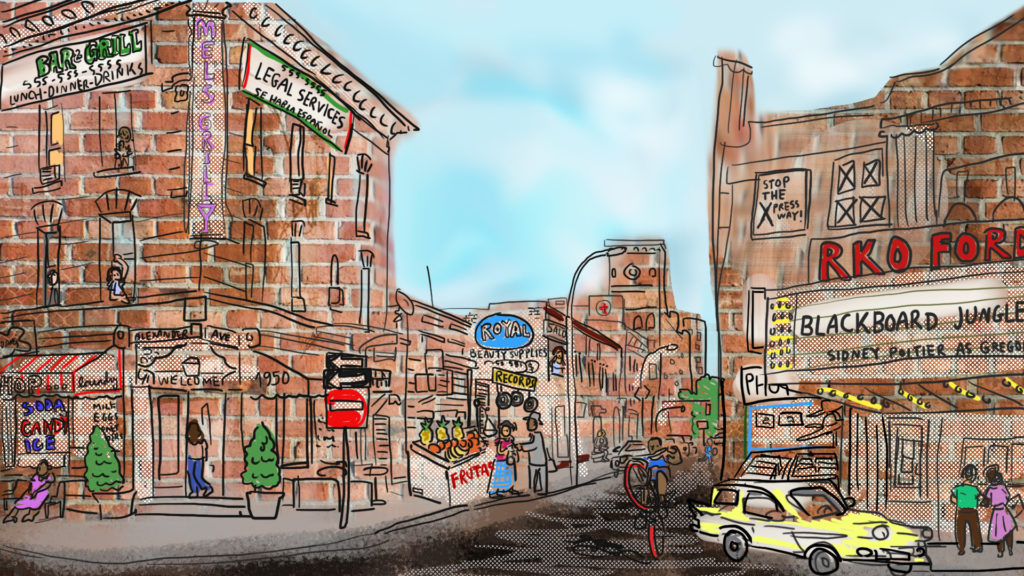 The most prominent of the anti-highway groups is a coalition called Stop TxDOT I-45 (Stop TxDOT), comprised of directly impacted community members, many of whom have been affected by multiple rounds of highway widenings; allies in public health; and Houstonians who are rightly seeing the connection between where the highway will be located and who is being impacted. The group also includes partner organizations that highlight the myriad themes of why the NHHIP is so undesirable to so many people: affordable housing advocates, transit advocacy groups, and environmental justice groups. Further, there are the members of the broader coalition that Kyle Shelton describes: people who just want to bike to work or live in a walkable neighborhood “have joined the broader call to reduce impacts of infrastructure on neighborhoods and evaluate highways of this size and type.”

What is also unique is that activists have pushed the City of Houston into what Shelton, who has written extensively about the political history of highway development in Houston, considers “the most concerted effort by Harris County and the City to reshape a project of this scale that I know of.” When activists and residents complained that TxDOT’s engagement process was obtuse, insufficient, and did not give residents any mechanisms to provide feedback or hold TxDOT accountable for listening to their comments, the City hired a planning firm to conduct a more transparent engagement process. Over the course of several months, public participation led to the development of a set of guiding principles and parameters for the project that is more in line with the community’s wishes.

“Those were really great public engagement meetings,” says Harrison Humphreys, a transportation policy advocate at Air Alliance Houston, a regional nonprofit, who has worked on advocacy around the NHHIP since 2018. “There were lots of options, and they started from the basics of ‘what do you value in a transportation project,’ instead of ‘look at these options, which community do you want to knock out next?”

However, TxDOT has refused to incorporate or acknowledge the designs that came out of public engagement, which call for a project that would not displace or endanger residents and includes transit.

“They’re just saying ‘we recognize that you did [public outreach] but we’re not interested in incorporating it in any way, any real way,’” Humphreys says. “Even though at every step they’ve said, ‘we’re not going to do something the City doesn’t want us to do.’”

In December 2020, Houston’s Mayor, Sylvester Turner, publicly commented on TxDOT’s draft Environmental Impact Statement — a legally required document required by the National Environmental Protection Act (NEPA) for projects involving federal funding before they can begin construction (the law emerged as a direct result of anti-highway protests in the late 1960s) — that the City had serious reservations about the project as proposed, and wanted to see TxDOT incorporate the substantial public input that had been collected, requesting further review and study for several key issues, most notably, reducing the footprint of the project to avoid displacement of residents.

In February 2021, however, TxDOT issued its “Record of Decision,” the final stage of the NEPA process, indicating that they had completed their environmental review, incorporated comments, and were ready to begin construction. Organizers erupted in outcry that the updated design for the NHHIP had not meaningfully addressed community comments, displacement and air quality impacts, or incorporated transit.

In March 2021, Harris County filed a lawsuit against TxDOT, asking that the court revoke the Record of Decision, and for TxDOT to halt activity around the NHHIP immediately. In the press conference in which County Judge, Lena Hidalgo, announced the lawsuit, she spoke of the County’s desire to see transportation policies that prioritize people over cars, and warned of the Katy Freeway Expansion, another Houston TxDOT project in recent memory which resulted in morning commutes that were 30 percent longer, and afternoon commutes that were 55 percent longer, just four years after the project’s buildout. The expansion’s catastrophic failure to relieve congestion is a planning textbook example of “induced demand,” wherein adding lanes to highways incentivizes more people to drive and traffic gets worse as a result.

TxDOT issued a statement that they were disappointed the lawsuit would prevent them from working with Harris County and continued to solicit contractors. Then, something extraordinary occurred: shortly after Harris County’s lawsuit was filed, the Federal Highway Administration (FHWA) formally requested that TxDOT pause the NHHIP project while they reviewed allegations of Title VI civil rights violations. The allegations had been brought to the administration’s attention by a letter from Air Alliance Houston which argued that communities of color would be disproportionately impacted by the expansion’s harmful burdens. The FHWA carries enough clout to make TxDOT listen, and the project has been on hold since the FHWA stepped in.

What does it mean that neither the City of Houston nor Harris County have the jurisdiction to alter or stop a project whose impacts will be entirely within their boundaries? To Molly Cook, one of the lead organizers in Stop TxDOT, it’s symbolic of a broken system.

“Stop TxDOT I-45 set a goal as an organization early on to try and take this to the State level, because our mission is to create a more equitable transportation in the state, and also because we are so limited,” she said. “Houston and Harris County will try to do all sorts of things, like hold people accountable to air quality standards, and the State will block it at every turn. The County may want to make a place walkable and the State will block that. There’s only so much we can accomplish in our own home without advocating at a state level.”

In April 2021, a group of 21 Stop TxDOT members and allies went to Austin to testify to the Texas Legislature’s Transportation Committee on behalf of three bills:

Neither of the three bills made it out of committee, though HB 4515 was the most well-received. Nevertheless, both Cook and Humphreys, who has prior experience working in the Texas Legislature, considered the experience a success.

“No one really pays attention to transportation issues, and the fact that these bills had 20–25 witnesses, that they all had well-reasoned arguments coming from different perspectives — a lot of times when groups show up it’s just one script. The committee was not used to seeing such a dynamic organization present those kinds of arguments, and that was a success. Even if the bills didn’t make it very far, the group definitely made a splash. The conventional wisdom in the legislature is that it takes three to four sessions to pass something. The first one, you get it on paper, get it into committee, and let people know about it and it develops from there. If this was the first step, then it was a great first step,” Humphreys said.

In the same period that the Texas legislature chose not to move Stop TxDOT’s sponsored bills forward, they did advance a bill that would ban drive-through voting, a practice which was utilized by Harris County during the 2020 election. In Texas, you can drive but you can’t do it while voting. In most parts of Houston, you can’t walk to go vote either. Harris County is extravagantly gerrymandered, as are the counties containing Austin, San Antonio, and Dallas. The result is that left-leaning cities are not able to exert much influence on the state roads that run through them. (Perhaps this is because most of the representatives in the legislature are reliant on the support of suburban communities who would benefit from eased freeway congestion into and out of cities, despite TxDOT’s spotty track record of delivering on that promise.)

The struggle in Houston highlights an urgent need for environmental regulations that are stronger than exist now, and which can rise to meet the challenge of ensuring all communities really do have access to clean air, water, and soil; that protect communities — especially historically marginalized ones — from projects whose outcomes are blatantly unjust. But simply strengthening NEPA might not be the best way to achieve these outcomes. The State of California has its own environmental protection act, the California Environmental Quality Act (CEQA), which is essentially a beefed-up NEPA that almost all projects in the state are subject to. Whereas NEPA only requires an agency to report potential environmental impacts, CEQA mandates that agencies identify the environmentally superior alternative to any project and propose mitigation measures for any harmful impacts.⁴

The policy intent is honorable, but since the law’s passage in 1970, its implementation has been exploited and perverted by interest groups to block a wide range of projects, including ones that are obviously pro-environment in their design such as solar farms, transit, bike lanes, and housing near employment centers. Some critics argue that this is because CEQA put the onus for environmental regulation on private citizens to hold the government accountable by suing projects that they believe will degrade environmental quality (this is the same way that ADA compliance is enforced in buildings and public spaces). In practice, this means that the law is mostly administered by citizens who choose to show up and engage. History has shown us that those who participate most are not usually representative of the broader population, particularly people who would benefit from projects that are meant to, say, uplift the poor, or integrate segregated communities. In California there are countless cases of wealthy neighborhood associations suing cities under CEQA frameworks for trying to build housing or transit in their neighborhoods; this hijacking of environmental review is one of the leading reasons why construction costs are so high in the state, and thus a key facet of the affordability crisis.

CEQA/NEPA reform is an option, but a better one is for the country to adopt a system more like those in European countries, wherein public agencies do environmental review based on standards that representative departments like the EPA set, listen to and work with communities in the planning process, and have the authority and discretion to move forward with a project that demonstrably utilitarian.

Until then, we are stuck with situations like what is going on with the Great Highway in San Francisco.