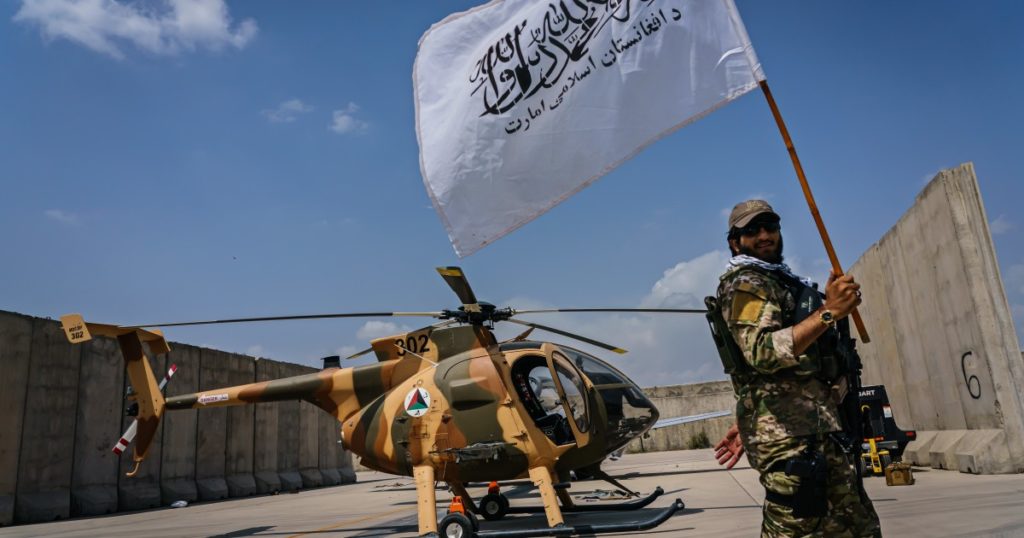 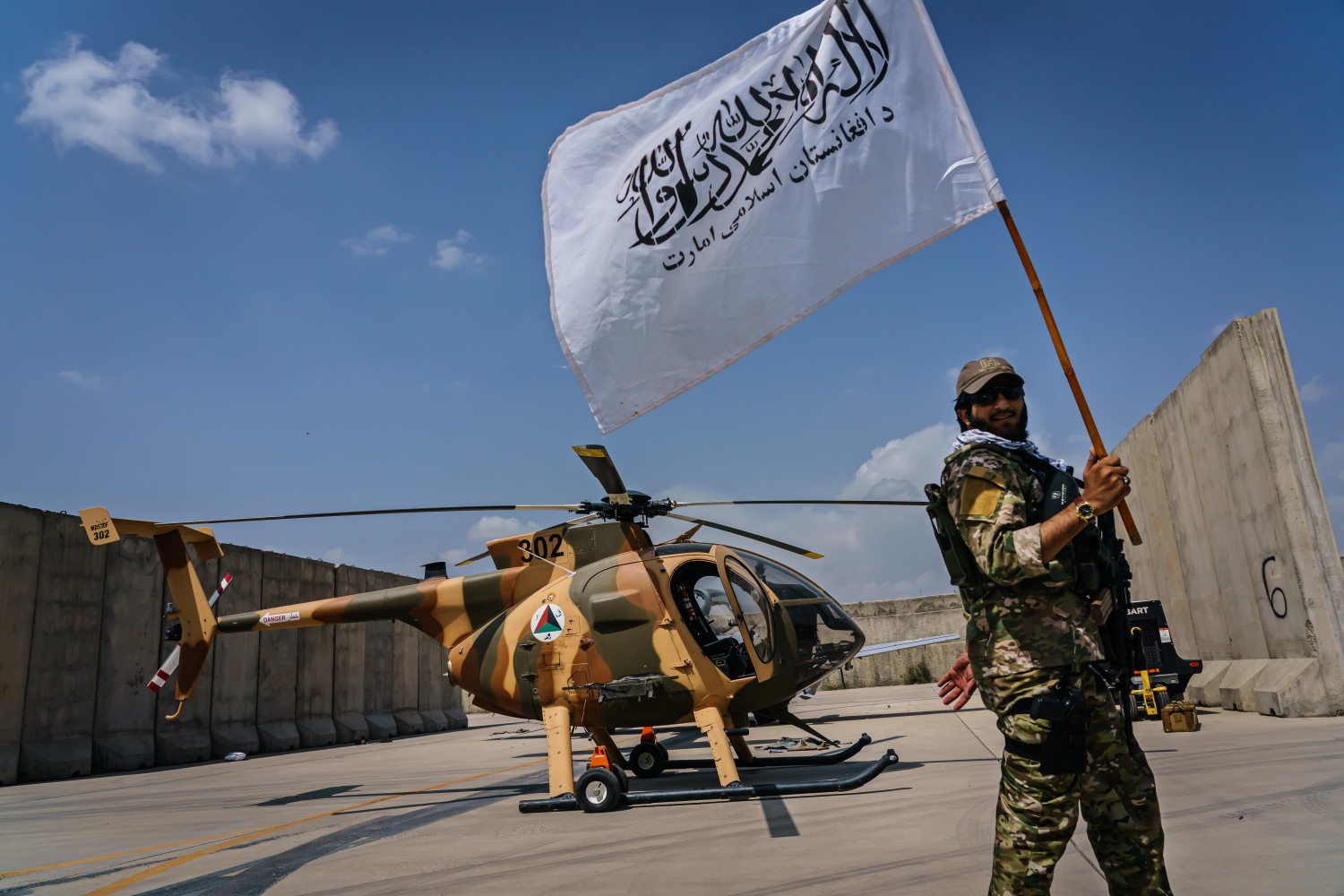 As the newly-in-power Taliban prepares to announce a government in Afghanistan, the Biden administration is being forced to abruptly recalibrate its approach to a group long viewed in the U.S. as terrorists.

Saying they now want to “lead with diplomacy” after ending two decades of military warfare against the Taliban, U.S. officials face tricky choices.

Whom do they talk to? Can they avoid Taliban leaders who are on “specially designated terrorist” lists? Officials hope to leverage the Taliban’s need for money, but what will that look like? It’s all going to be messy and fraught.

Secretary of State Antony J. Blinken, who arrived here in Doha on Monday night, has described in broad strokes the kind of Taliban-led government the U.S. is prepared to work with.

Speaking ahead of the trip, he defined that as a government that is inclusive of minorities and other factions; prevents Afghanistan from becoming a safe haven for terrorists; guarantees freedom of travel, especially for Afghans seeking to leave; shuns reprisals; and respects basic civil rights.

Blinken says the Taliban leadership has committed itself to these goals, which are also endorsed by the United Nations Security Council and a group of 100 countries.

In practice, however, Taliban leaders already seem to be backing away from the promises, saying women will not be given leadership positions in the government. Nor has the Taliban broken ties with Al Qaeda. There are sporadic reports of murders of people who challenged Taliban rule, although the Taliban denies it has killed opponents.

Blinken said he is waiting to see what the government looks like before passing judgment, and he has not indicated what would be a deal-breaker for the administration. Asked last week whether he could work with a Taliban government led by the movement’s founder, Mullah Abdul Ghani Baradar, Blinken demurred.

“With regard to the government, we’ve seen different reports of a government in formation,” Blinken said. “I have not seen anything final or dispositive of what that government looks like, who’s in it, who’s not. So I’m going to reserve comment and judgment until we see that.”

The black-turbaned, bearded Baradar is the most public face of the Taliban and led negotiations over a U.S. withdrawal that started here last year, so American diplomats are somewhat familiar with him. He shared a photo-op with then-Secretary of State Michael R. Pompeo after the two agreed to a U.S. troop withdrawal.

But there is also growing consensus that Taliban officials took U.S. diplomats for a ride in those talks because even as one group sat at the negotiating table to discuss ending the violence, the group’s army continued to advance across Afghan provinces. Trust is in short supply.

Recent reports also suggest Anas Haqqani, brother of the head of the Haqqani network, which the U.S. regards as a terrorist organization, may serve as deputy to Baradar in the eventual government.

“I have to tell you that as important as what the government looks like is, more important still is what any government does,” Blinken said. “And that’s what we’re really looking at. We’re looking at what actions, what policies any new Afghan government pursues. That’s what matters the most.”

He added the U.S. and other countries were attempting to apply pressure to influence Taliban behavior. Leverage includes, in addition to Afghanistan’s dire need for financial aid, the desire of many Taliban leaders to be removed from U.S. and U.N. sanctions lists so that they can travel freely and access any assets they have abroad.

The U.S. has frozen more than $9 billion in Afghan assets and is debating whether to release any of it. Officials must balance the optics of seeming to fund what may be a ruthless government against the deepening humanitarian crisis in a country where drought, COVID-19 and the war have pushed many Afghans to the brink of starvation.

The Taliban won qualified praise from some members of the administration for allowing safe passage out of Afghanistan to many U.S. citizens. On Monday, a senior State Department official said the U.S. was able to “facilitate” the departure of four U.S. citizens overland. It was the first time the department had achieved that, and the official said the Taliban was aware of the movement and did not interfere.

Here in Qatar, Blinken will meet with senior Qatari leaders to thank them for their help in what the U.S. calls the largest airlift in history, which transported 124,000 people out of Afghanistan. Qatar was the single largest transit point.

There was no indication that Blinken will meet with the Taliban in Doha. State Department officials said it is premature to consider high-level bilateral talks. That is also the case with the even more distant idea of diplomatic recognition, which could take months or years.

Some members of the political leadership remain in Doha, U.S. officials said. The U.S. has also set up a section in Doha to handle Afghanistan issues after closing the U.S. Embassy in Kabul.

Many members of the Kabul embassy now staff the Doha office, and they will interact with the Taliban “in an effort to ensure our messaging with them is clear,” said Dean Thompson, acting assistant secretary of State for South and Central Asia.

One little-known way in which the U.S. is already working with the Taliban, albeit largely through Turkey and Qatar, is in operations to repair the trashed Kabul airport so that it is up and running again.

Blinken said the U.S. has shared “a tremendous amount of very detailed information,” presumably with Turkey and Qatar, and even brought back to the region U.S. contractors who ran the airport for most of the 20 years the U.S. was in Afghanistan.

U.S. officials also expect to cooperate with the Taliban to combat terrorism. Both seek to destroy ISIS-K, the Islamic State offshoot that has been operating in Afghanistan. The group is believed responsible for the suicide bombing at the Kabul airport last month that killed 13 U.S. service men and women and nearly 200 Afghans.

But though the U.S. and its allies say formal U.S. recognition of a Taliban-led government is not imminent, Russia and China have made inroads, based on potential business deals. Beijing and Moscow are also hoping to work with the Taliban to help fight terrorism.

“We’ve had a lot more Russian and Chinese activity because they are providing insights and dialogue and diplomatic intelligence and military support to the Taliban right now,” Seth Jones, a former defense official, said in a panel discussion at the Center for Strategic and International Studies.

From Doha, Blinken travels Wednesday to the Ramstein Air Base, a U.S. military operation in Germany, where some 13,000 Afghan evacuees are being sheltered in tents on the tarmacs. Blinken will meet with several of his European counterparts there to review Afghanistan policy.