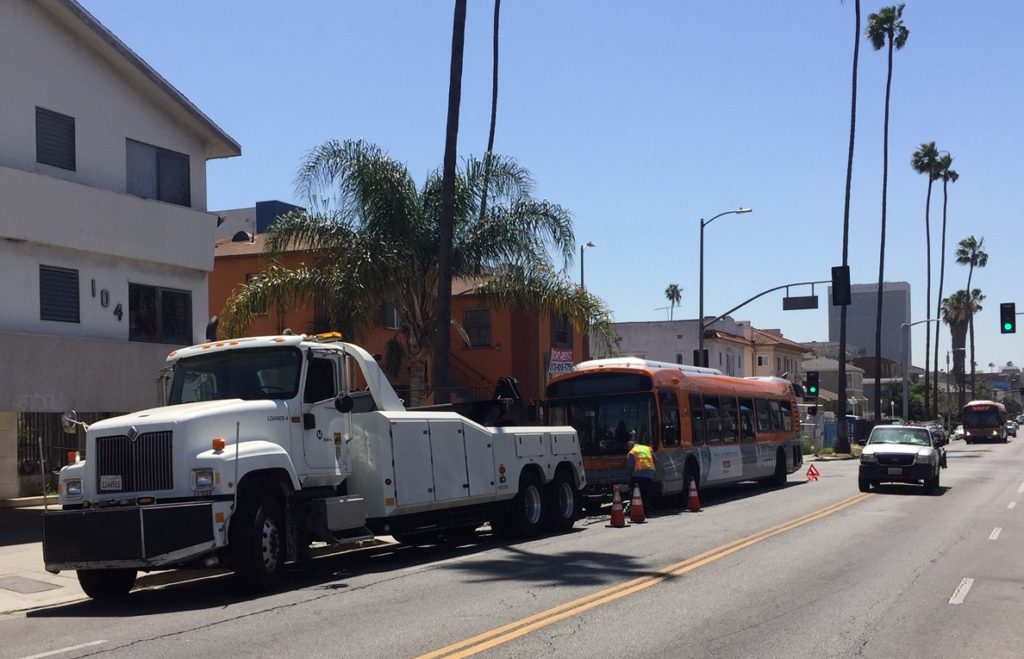 Tomorrow will be Metro CEO Stephanie Wiggins’ first full Metro board of directors meeting. Wiggins is no stranger to Metro and Metro board meetings, having served many years as Deputy CEO under Phil Washington. She does face an agency at a crossroads, however.

While Metro has affirmed strategic priorities of advancing equity and reducing single-occupant car trips, several Metro departments are reluctant to get on board with these.

The Metro board has approved policies and directives that Metro departments have openly ignored and, in some cases, directly disobeyed. If the board and the new CEO are to make Metro accountable, then here are three departments that, at a minimum, need some critical oversight – and perhaps new leadership.

When the board asked questions of this year’s 80-plus percent increase in the Highway Program budget, Metro staff responses were misleading and false.

Now Highway Program staff are further undermining the board’s support for what voters approved in Measure M, by casting aspersions on the board’s initiative to modernize the Metro Highway Program. The proposal, scheduled for a vote at tomorrow’s board meeting, would explicitly allow greater flexibility for Metro highway projects – many on city streets – to include complete streets features in support of transit, walking, and bicycling. The proposal doesn’t mandate these multi-modal features, but allows municipalities to include them where applicable. Yet it appears that even the option for a multi-modal system (as approved by voters) isn’t what the Metro Highway Program wants to implement.

Earlier this year, Metro’s multi-agency (LAPD, L.A. Sheriffs Department, and Long Beach PD) transit police force requested an extra $110-plus million because the department had overshot its contract by 17 percent.

In June 2020, the Metro board mandated a shift to a “community safety approach” for transit security, including shifting resources away from an armed response. That directive included forming a Public Safety Advisory Committee (PSAC) to oversee the transition. Metro security leadership dragged its heels, waiting until April 2021 to convening the PSAC.

In January 2021, the Metro board directed Metro Operations to fully restore pre-COVID transit service levels by the end of June. Metro Operations leadership, headed by Chief Operations Officer James Gallagher, proceeded to drag its heels on restoring service. In February, Operations came back to the board saying they would not meet the January board directive and instead would restore post-COVID levels until December. The board acquiesced, pushing the June restoration back another three months to September.

Over the past couple of months, Metro Operations has been hiring new bus drivers to ramp back up to February 2020 levels. At recent meetings (including at minute 17:50 of the May Operations Committee meeting), Gallagher openly states that that he does not quite expect to meet the board-mandated service restoration in September, stating “we will likely be short some operators, but over the longer haul we will make that up.”

Some Signs for Optimism

Stephanie Wiggins is an experienced administrator, who knows her way around Metro. Her leadership had a steadying impact at Metrolink, an agency that had its share of scandals prior to Wiggins taking the helm. Under Wiggins, Metrolink ridership grew steadily – until crashing at the outset of the COVID pandemic. Wiggins also oversaw Metrolink plans for extensive capital improvements – called the Southern California Optimized Rail Expansion (SCORE). Hopefully, Wiggins will have the same steadying influence on Metro.

Prior to COVID, Metro’s finances were very good – but sometimes competing priorities meant that some initiatives went underfunded. Early on, the COVID economy meant a hit to Metro’s sales tax revenue. But since then, the agency’s finances have been rosy. Metro is already receiving more than $3 billion in federal COVID stimulus money, plus likely additional funds from the state and an anticipated federal infrastructure bill. On top of all that, recent sales tax revenues are already higher than what was budgeted. There’s never enough money for everything, but, at least today, Metro’s fiscal picture looks pretty bright. For now, it will be difficult for Metro staff to assert that there is not enough funding for transit operations, unarmed response programs, or complete streets features.