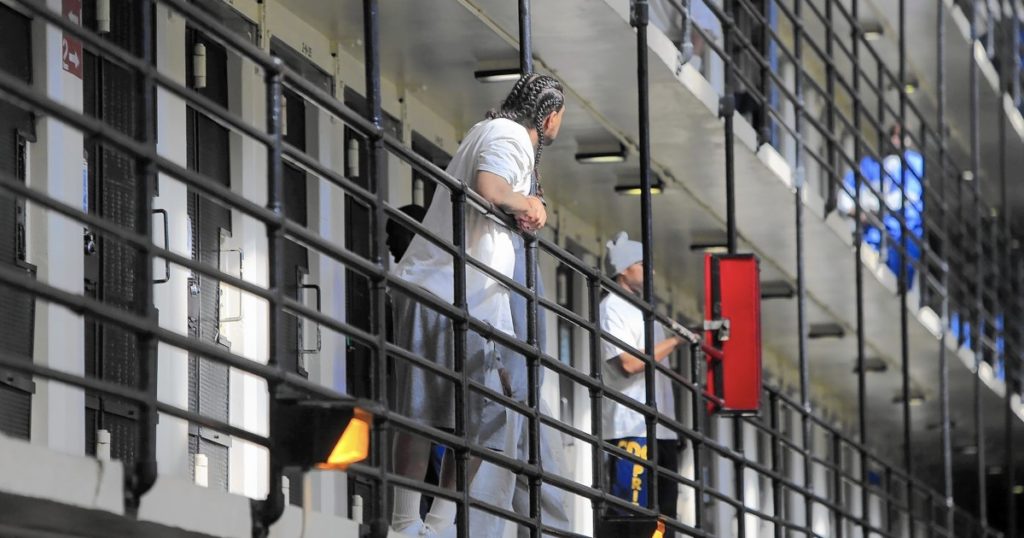 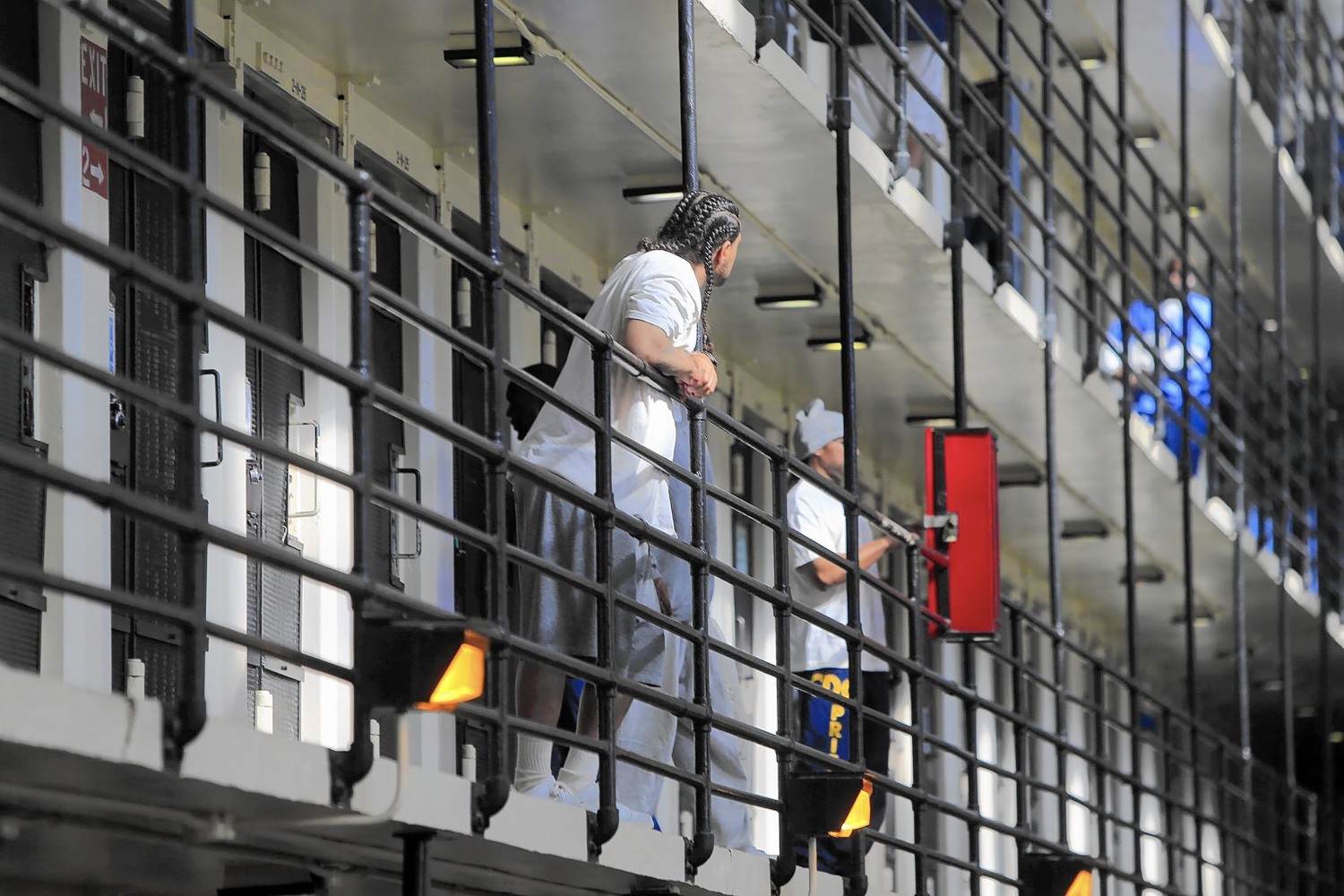 In the latest revelation of potential criminal fraud involving California jobless benefits, an analysis has found that more than $42 million in claims went to out-of-state prison and jail inmates, giving more clarity to what officials now estimate could be $4 billion in scammed coronavirus relief funds.

A large number of Florida inmates, including a man sentenced to 20 years for second-degree murder, are among the thousands of out-of-state prisoners who have allegedly received California pandemic unemployment benefits, according to a December analysis commissioned by the state Employment Development Department and reviewed by The Times.

The analysis compared data on incarcerated individuals nationwide against nearly 10 million people on the state pandemic unemployment rolls, and found that the EDD approved more than 6,000 claims, totaling more than $42 million, involving individuals who were probably incarcerated elsewhere when they were paid by California.

Altogether, the analysis found there were more 20,000 claims deemed at high or moderate risk of having been paid to an incarcerated person, either in California or another state. If all those claims were fraudulent, the $42 million estimate of payments to inmates would jump to $96 million.

The disclosures come as state authorities are learning that potentially fraudulent claims of California aid could total about $4 billion — double previous estimates.

Bank of America officials have briefed state officials about the increased figure recently, according to sources familiar with the conversations and other government officials. They spoke on condition of anonymity because they are not authorized to discuss the ongoing investigation.

More than 2,000 of the high-risk claims identified in the EDD analysis are inmates of the Florida Department of Corrections or county jails in that state, according to a summary analysis of the data dated Dec. 18.

The analysis identified inmates receiving California benefits in other states, including Nevada, Illinois and South Carolina. Prison officials in Nevada and Illinois did not immediately comment on the allegations, but South Carolina Department of Corrections spokeswoman Chrysti Shain said her department had “not been notified by California authorities or anyone that any of our inmates are involved in this.”

Officials with the district attorney’s offices in Clark County and Washoe County in Nevada said that any allegations of inmate fraud allegations would be handled by Nevada’s attorney general’s office.

The report caused another wave of outrage in the California Legislature and among county district attorneys, who will be tasked with investigating and prosecuting many of the cases.

“Absurd fraud policies have made California’s EDD a target for prisoners nationwide. What a shameful waste of taxpayer dollars,” said Assemblywoman Cottie Petrie-Norris (D-Laguna Beach), chairwoman of the Assembly Committee on Accountability and Administrative Review.

She said fixing the agency needs to be the top priority for newly appointed EDD Director Rita Saenz.

Sacramento County Dist. Atty. Anne Marie Schubert, who with other county DAs in November sounded the alarm on inmate fraud, said Tuesday that she remains concerned both about in-state inmate fraud and claims from outside the state but has seen progress from the state employment agency in recent weeks. She added she is “working aggressively and collaboratively” with the state and law enforcement to combat such crime and help EDD “prevent it on the front end.”

This week, Schubert’s office filed an 18-count indictment against a probationer arrested with nine EDD debit cards issued in different names, along with a Glock-style pistol with no serial number, $58,000 in cash and nearly four pounds of marijuana. A subsequent probe with EDD investigators found about $219,000 allegedly had been fraudulently acquired by the man, Walter Lee Dawson.

“We need our state leaders to level with California taxpayers about how a fraud and theft of this magnitude could have happened,” said Riverside Dist. Atty. Mike Hestrin, when presented with the contents of the EDD report. Fresno County Dist. Atty. Lisa Smittcamp added it was “irresponsible” that the state agency did not have an “audit mechanism in place prior to making payments.”

The analysis also identified more than 1,660 California inmates as being at a high risk of having received benefits while incarcerated, including more than 700 people booked in Orange County’s jail. In one California claim, an inmate at Shasta County jail, charged with murder and incarcerated since 2014, received $167 weekly for 16 weeks beginning in March, according to the report.

The analysis was conducted by Sacramento-based Pondera Solutions, a subsidiary of business information provider Thomson Reuters that specializes in government and healthcare fraud, waste and abuse. Thomson Reuters purchased the California company earlier this year.

The analysis used a database of jail and prison inmate rolls for more than 2,000 facilities across the country. However, the database does not include all states, according to the report, lacking data from places including Pennsylvania, Montana and North Dakota among others. The report also lists potentially fraudulent claims in only 33 of California’s 58 county jails. It is unclear if county jail data from all counties was included.

The Pondera analysis was obtained by The Times more than a month after EDD officials said they had identified $400 million paid on some 21,000 unemployment benefit claims improperly filed in the names of California prison inmates. Gov. Gavin Newsom said at the time he was “deeply alarmed” about reports of benefits paid to people behind bars.

Benefits paid in California include claims filed in the names of death row inmates.

EDD officials did not immediately respond to questions about the Pondera report, but they have been scrambling to stem the tide of fraud since Bank of America, which issues EDD debit cards containing benefits, said last month it had found evidence of $2 billion in fraud, during an initial review.

There was no immediate response to a request for a comment from Saenz, whom Gov. Gavin Newsom appointed Dec. 30 to take over as EDD director after Sharon Hilliard announced her retirement.

In appointing Saenz, the governor said he is confident she will help the department pay claims in a timely way “while simultaneously stopping fraud in our systems and holding people who have committed fraud accountable.”

EDD officials said it has been challenging separating legitimate claims from bogus ones.

“The pervasiveness of scammers utilizing extensive, stolen personal identifying information can lead to difficulties in sorting through legitimate claimants from those who may have utilized some of their information for a fraudulent claim which is why we are taking further action to verify these claims in question,” the agency wrote in a statement.

The EDD took the unusual step of announcing Sunday that it was halting payments on many already approved claims — those considered “high risk” — until they could be verified as legitimate.

EDD spokesman Aubrey Henry declined to say how many high-risk claims have been suspended, and said notices will go out soon on how claimants can unfreeze their claims. The agency decided to act now to avoid paying a newly approved $300 federal Pandemic Additional Compensation on fraudulent claims.

The announcement of suspended claims drew more than 700 mostly angry responses on the EDD’s Facebook page, many from people who say they have been stymied in attempts to get benefits that they say are rightfully theirs.

“So good honest people that are out of work are now being penalized for a system error?” one Los Angeles man wrote. “Our tax money is going to waste with these clowns!”

Those notified that their claims were suspended include Irene Flores of Los Angeles, who said in an interview that she was a Lyft driver before the pandemic.

Flores said she first applied for unemployment in March and has twice had to file documents to verify her identity, once during a process that delayed her payments by five months. Then on New Year’s Eve, she received a notice from EDD that her claim was again being suspended until her identity could be verified.

“It’s upsetting because there is no need for my account to be on pending for the third time when I sent in all of the documents they have asked for and they verified it,” Flores said.

The halt in unemployment benefits has meant she has been unable to pay her January rent and has hurt her ability to buy groceries for her and her children.

Assemblyman David Chiu (D-San Francisco) said the word of benefits to out-of-state prisoners is especially hard to take while thousands of jobless Californians are still without financial help.

“All the while, they are sending money to out-of-state prisons,” Chiu said.