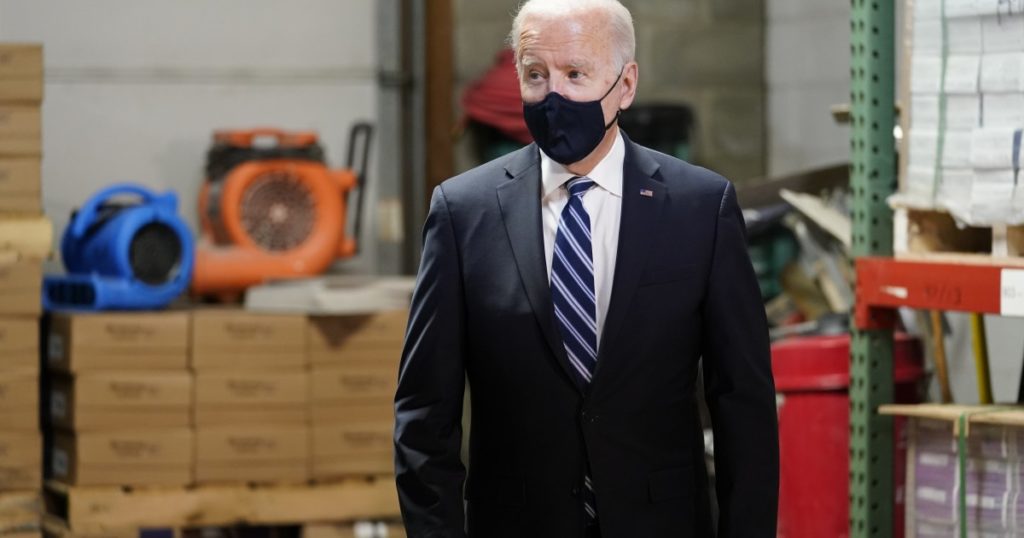 Ever since President Biden took office, he’s faced pressure from progressives to target the filibuster, a Senate rule that allows one party to block legislation even when it doesn’t have the majority. Biden has resisted — until an interview this week when he suggested for the first time that he’s open to changes.

The filibuster is not just an arcane procedural rule on Capitol Hill. Modifying or abolishing the filibuster could make a big difference in whether Biden advances his goals on taxes, climate change, immigration and more. Any attempt at changes could bring a big political fight; Senate Minority Leader Mitch McConnell (R-Ky.) warned this week of a “scorched earth” battlefield and total gridlock if Democrats push forward.

What’s the filibuster and why does everyone keep talking about it?

The filibuster allows senators to block progress on legislation unless their colleagues muster a supermajority to break the logjam. The majority party must hold a “cloture” vote — requiring 60 senators — to allow the Senate to act on the pending legislation. Supporters say the rule forces negotiation and prevents one party from ignoring the other, leading Congress to adopt more moderate policies. But there’s been increasing concern that filibusters have led to a permanent stalemate in a polarized political environment.

Right now the Senate is split 50-50, with Vice President Kamala Harris giving Democrats an edge with her tiebreaking vote. Garnering 10 Republican votes to break a filibuster could be impossible.

How has the filibuster changed in recent years?

While President Obama was in office, Republicans were so adamant about blocking his judicial appointments that Harry Reid, then the Democratic Senate majority leader, chose the “nuclear option” to allow federal judges to be confirmed with a simply majority vote. McConnell took the same step to make it easier for President Trump to appoint three new justices to the U.S. Supreme Court.

What did Biden say about the filibuster?

As a former senator, the president is a longtime defender of the chamber’s traditions. But he told ABC News on Tuesday that filibusters were creating a chokepoint on Capitol Hill. “It’s getting to the point where, you know, democracy is having a hard time functioning,” Biden said.

He also said he was open to making changes. “I don’t think that you have to eliminate the filibuster, you have to do it what it used to be when I first got to the Senate back in the old days,” he said. “You had to stand up and command the floor, you had to keep talking.”

Keep talking? Isn’t that like the Jimmy Stewart movie?

Yes, this is sort of like that famous scene in “Mr. Smith Goes to Washington.” In an attempt to clear his name and block corrupt legislation, Stewart’s idealistic senator holds the floor by speaking for more than 24 hours. (He eventually faints from exhaustion.)

So why don’t senators do that anymore?

Back in the day, filibusters would bring the entire Senate to a standstill. So starting in the 1970s, Senate leaders changed to what’s known as the “two-track system,” where one piece of legislation could be blocked while others advanced. This was considered a reform at the time, but filibusters became more common because they were less onerous.

One benchmark is the number of cloture motions sought to end debate on an issue. They’ve skyrocketed since the 1970s, when there were fewer than 50 annually, to more than 250 in a year before Obama left office.

Would it help to have a “talking filibuster?”

It’s unclear. If a few senators banded together, they could share speaking duties and block any activity in the Senate for long stretches, rather than putting the onus on a single senator to keep talking. So modifying the rules like Biden suggested may not open the floodgates like progressives are hoping for.

What does Biden want to get done?

During his interview with ABC News, Biden said he wants to raise taxes on income exceeding $400,000 per year. It’s possible that could happen through a process known as reconciliation, where budget-related legislation can sidestep the filibuster. And Biden said he’s comfortable pushing forward without any Republican votes. “I’ll get the Democratic votes for a tax increase,” he said.

Other policy changes, such as reducing greenhouse gas emissions or creating a pathway to citizenship for immigrants in the country illegally, would prove to be much more difficult with the filibuster in place.

What’s the downside to getting rid of the filibuster?

Republicans say Democrats should be careful what they wish for. Democrats have the slimmest majority in the Senate, and if they lose power, they would struggle to stop Republicans from pushing their policies without compromising with the minority party.

“Let me say this very clearly for all 99 of my colleagues: Nobody serving in this chamber can even begin — can even begin to imagine — what a completely scorched-earth Senate would look like,” McConnell said Tuesday.

What are the chances that the filibuster is eliminated?

Moderate Democrats have resisted changing the rules, but Republican intransigence could sap their patience. Even the moderate Sen. Joe Manchin (D-W.Va.) suggested it should be more difficult to block legislation.

Sen. Dick Durbin (D-Ill.), the second-highest ranking Democrat in the chamber, said there aren’t enough votes for a change yet. He said Biden’s comments were “acknowledging the obvious, that the filibuster has really shackled the Senate and made it far less productive.”

Sen. Dianne Feinstein (D-Calif.) has been one of the Senate’s most ardent supporters of the filibuster even as other Democrats have come out against it. “It is something that at times it’s been positive and at other times it’s been negative,” she said Tuesday, shortly before Biden’s interview with ABC News became public.

She expressed reservations about changing it when she doesn’t know what would replace it, saying, “I don’t think there is any move that’s going to be successful right now.”