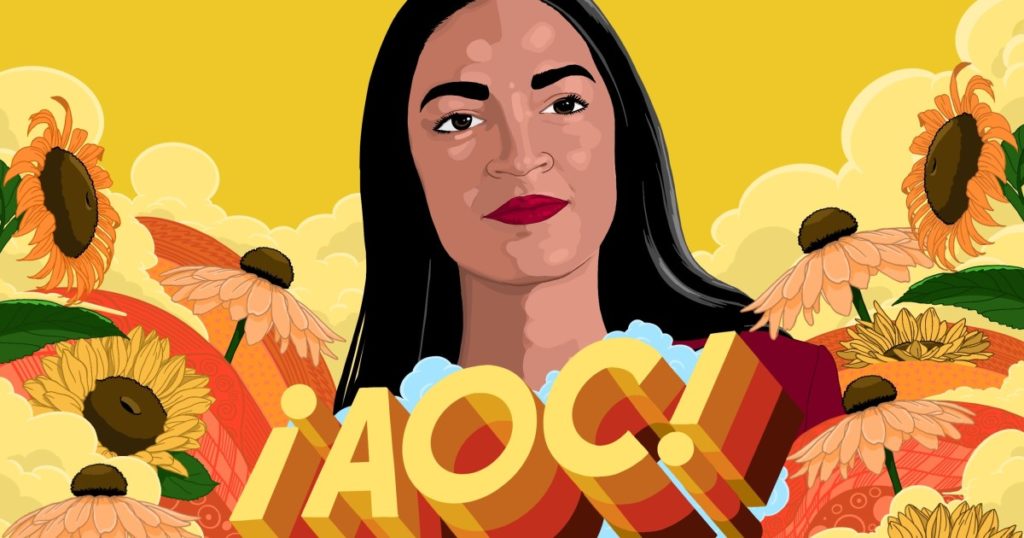 On the first weekend in May, New York Rep. Alexandria Ocasio-Cortez went backpacking. According to an Instagram story posted from the trail, the Democratic congresswoman took up hiking in January, soon after the attack on the Capitol, during which her office was targeted by rioters forcing her to hide in the bathroom — an experience she later described as “trauma.”

“Last weekend, a lot of you asked … how I take time off, how I care for myself, which I appreciate the question,” she says in the video, speaking to the camera with blue sky behind her and a pack on her back. Then she turns the phone to show the larger scene: a large, flat-rock outcropping with the landscape falling away behind. “This is one way, we started backpacking right here in New York.”

Later in the video, she says: “After the insurrection, I felt like I really needed a practice to help ground me. It was getting a lot harder for me to settle my mind in the immediate aftermath.”

Ocasio-Cortez says she started doing more city hikes, including Pelham Bay Park and Orchard Beach, early in the pandemic, before ramping up to an overnight backpacking trip upstate. Her use of therapeutic language, and suggestions of easy places to start, sound much like a friend trying to nudge you toward a Couch to 5K.

She ends the video by asking her audience for its “favorite women, POC, LGBT, LNT, conservation, etc., camping accounts,” posting responses including @unlikelyhikers (which shared a clip from the story on its account), @nativewomenswilderness, @outdoorafro and @pattiegonia. One follower asked for disability-friendly hiking accounts and got back the suggestion @disabledhikers. “Lots of recs here!” Ocasio-Cortez adds over a pinboard-like collage of responses. “I’ll check them out and learn more.”

The story may seem simple — telling her 8.8 million followers what she did that weekend, just like a regular millennial — but it was also a powerful demonstration of Ocasio-Cortez’s ability to get her message across visually, through graphic design, through fashion, and through social media.

At the beginning of her time in Washington, Ocasio-Cortez used to broadcast from her kitchen, taking questions while cooking dinner. During election season, she encouraged people to vote while live-streaming the breakout pandemic game Among Us on Twitch.

The first established her as just another hard-working professional trying to eat right while displaying an impressive grasp of her subject. The second showed her willingness to be a beginner in public, gasping at in-game drama as she improved her detective skills.

The backpacking video was more of the same, personal and personable, asking her audience for its expertise and demonstrating that she was listening by sharing responses.

As Caroline Framke wrote for Variety, after Ocasio-Cortez’s Feb. 1 Instagram Live on her Capitol experience: “In making herself this accessible, Ocasio-Cortez purposefully upends the traditional image of the Washington politician who’s typically buffed and polished within an inch of their life. By simply turning on her phone after work hours, Ocasio-Cortez invites people into her home as if she’s just FaceTiming to say hi and let you know what’s going on at work.”

Beyond the personal narrative, parks are political. The Trump administration worked to shrink the national parks, defer repairs and open public lands to exploitation by energy interests. The pandemic exposed unequal access to parks, with low-income communities and communities of color living in neighborhoods that are chronically under-parked, and members of those communities often facing hostility when they bike, camp or birdwatch.

When Rahawa Haile wrote about “going it alone” on a solo hike of the Appalachian Trail for Outside, she said: “The truth is you can’t talk about diversity in the outdoors without talking about politics, since politics is a big reason why the outdoors look the way they do. From the park system’s inception, Jim Crow laws and Native American removal campaigns limited access to recreation by race. From the mountains to the beaches, outdoor leisure was often accompanied by the words whites only.” The National Health Foundation estimates that 70% of the people who visit national forests, parks and wildlife refuges are white.

In her story, Ocasio-Cortez is wearing a striped shirt and a neck gaiter, and I couldn’t help thinking of the Girl Scout uniform, with its signature scarf, as an earlier American vision of self-sufficiency and outdoorswomanship in which Ocasio-Cortez now visually inserts herself. The Scouts were themselves the focus of semi-successful postwar desegregation efforts.

Eye-catching and referential graphics were part of Ocasio-Cortez’s platform from the beginning, her upstart campaign attracting attention for its radical look (by design firm Tandem NYC) as well as its leader’s youth (Ocasio-Cortez was then 28). Her yellow posters, featuring the candidate looking toward the future with her name in slashes of purple type, were distinctive in a sea of red, white and blue.

As Diana Budds wrote for Vox, “the Tandem team looked to revolutionary posters and visuals from the past to inspire Ocasio-Cortez’s branding — particularly those of César Chávez and Dolores Huerta, Latino labor activists and co-founders of the United Farm Workers in the 1960s.” Among the most famous is a poster with the exhortation “¡Viva la Huelga!” (Long Live the Strike) in black, rough-hewn letters on a yellow background. The angled, sans-serif type, with “Ocasio” bracketed by the same Spanish double exclamation points, has now become its own visual brand for progressives, though most copycats revert to politics-as-usual red and blue.

More recent Tandem work for AOC has adopted a parks theme. In 2020, the firm designed a series of City Parks Posters for Ocasio-Cortez, celebrating the Green New Deal and harking back to the aesthetic of national parks posters produced by the Federal Art Project during the original Roosevelt-era New Deal. The muted gray-green color palette, the middle-distance framing and the lo-res details — the last a byproduct of the 1930s posters’ printing process — all suggest the past, while the high-speed train arcing through the background of each poster suggests the future.

In June, Ocasio-Cortez and other Northeast lawmakers argued that President Biden’s $2.3-trillion infrastructure package should include more funding for high-speed rail. “Rail is climate infrastructure,” the congresswoman said at a news conference. “For every buck that we’re going to put into a car and a bridge, we want to put a buck into a rail. We want equity.”

All five posters in the Green New Deal series celebrate urban parks in Boston, Detroit, Los Angeles and New York City — including Pelham Bay Park in the Bronx, one of the places Ocasio-Cortez took some of her initial hikes.

Ocasio-Cortez has also maintained consistency in her wardrobe, sticking to the look of that original poster: solid-color jackets, often in black or white, pulled-back hair, and her signature red lipstick (originally Stila’s Beso, which she tweeted about after a primary debate).

The old way of image-making is to dismiss lipstick questions as irrelevant, to present all messaging from behind a podium and to rely on other people’s cameras to capture the politician in casual moments. Look at the way Transportation Secretary Pete Buttigieg’s forays into cycling — an activity consistent with his climate change message — have reached the public eye: through prepared Zoom remarks at the National Bike Summit and through other people’s social media as he tools around Washington, D.C.

It’s hard not to dream of how he could use the view from his (now properly adjusted) bike seat to advocate for more protected bike lanes, to join an inclusive ride or advocate for youth programs that teach bike repair skills and distribute refurbished wheels. Buttigieg’s own presidential campaign graphics, designed by Hyperakt, were the best of the bunch, with nods to the architecture of South Bend, Ind., and options for customization, but their overwhelming blueness, and nods to Obama 2012, also seemed to straddle the old look of politics and the new.

Hiking also links nicely to a key image from Ocasio-Cortez’s original door-knocking campaign across her Bronx and Queens district: her worn-out shoes, which ended up in a 2018 museum exhibition called “Women Empowered: Fashions From the Frontline.” The shoes first came to public notice via social media, of course, where Ocasio-Cortez tweeted on June 29, 2018, “here’s my first pair of campaign shoes. I knocked doors until rainwater came through my soles. Respect the hustle.” Should the Green New Deal become the law of the land, Ocasio-Cortez’s first pair of hiking boots may join them in a museum.