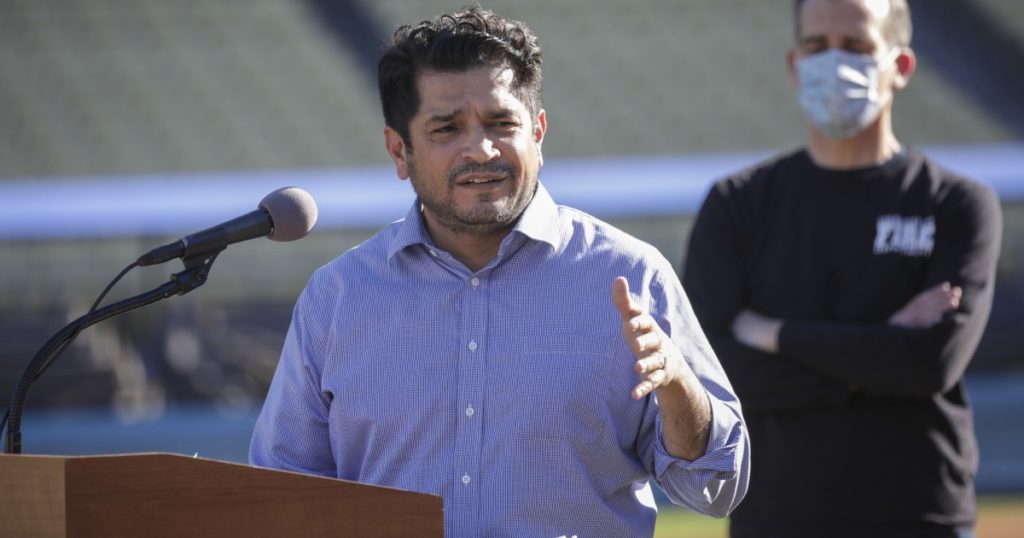 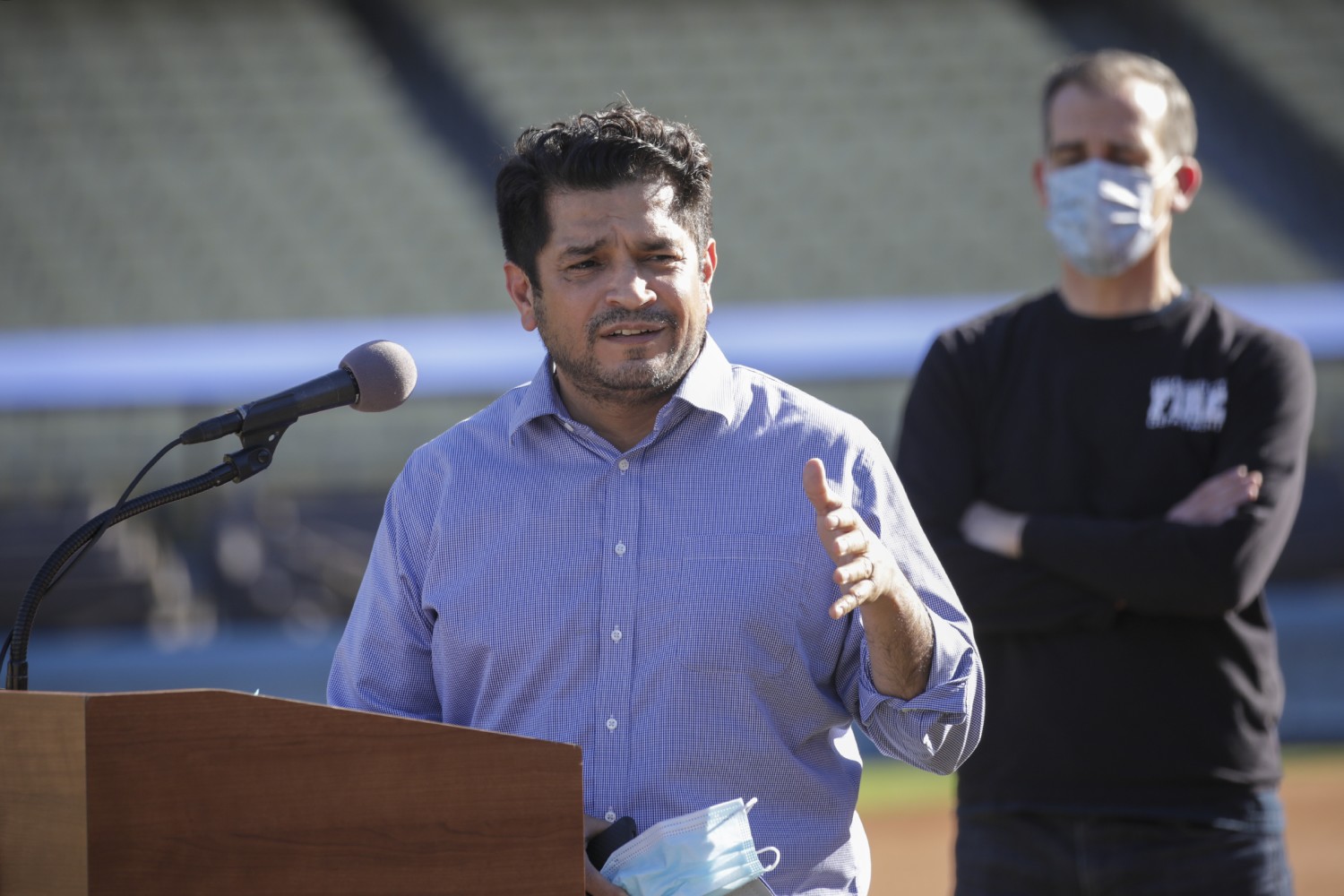 Amid increasing tension between Republicans and Democrats in Congress over the January insurrection, the House is expected to vote this week on whether to establish a commission to investigate what led to the violence and whether to pay nearly $2 billion for police backpay and the security reinforcement needed to respond to the incident.

More than four months out from Jan. 6, the hostility surrounding the day — and the role Democrats believe some Republicans played in fueling the event — is deeply felt on Capitol Hill.

It came to the fore last week. Rep. Andrew Clyde (R-Ga.) said Jan. 6 looked like a normal visit from tourists. Rep. Marjorie Taylor Greene (R-Ga.) shouted down Rep. Alexandria Ocasio Cortez (D-N.Y.) in the hallway, and one of Greene’s staffers got into a verbal altercation with Rep. Eric Swalwell (D-Dublin) over wearing a mask.

Democrats are beginning to take action: Rep. Madeleine Dean (D-Pa.) refused to allow Rep. Buddy Carter (R-Ga.) to lead a bill with her because he voted against certifying the election results. Rep. David Cicilline (D-R.I.) is trying to censure Clyde and two other Republicans who he said “recklessly disregarded the future harm they could cause by legitimizing a violent attack on our democratic institutions.” And Rep. Jimmy Gomez (D-Los Angeles) is trying to expel Greene from the House completely.

Gomez, who voted on the House floor last week with a mask that said “Expel MTG,” said the tension was palpable.

“It’s going to stick around for a while,” he said, condemning Republicans for “trying to turn the page.”

“It was a big deal and people have to remember; we have to be consistent about it and hold them accountable,” he said. “I think she was one of the biggest instigators of it.”

Longtime lawmakers and staffers say they haven’t before seen the amount of open hostility between members, underscoring a deep level of distrust between Democrats and those Republicans who challenged the electoral college vote.

The political and policy differences that are the norm in Congress are typically underlaid with a level of respect and sometimes friendship across party lines. But Democrats privately say they don’t know how to work with those who supported former President Trump’s quest to overturn the election results.

It raises questions about whether Congress can adequately respond to Jan. 6 if there are two versions of what happened or denial of what took place as hundreds of Trump’s supporters swarmed the Capitol.

The House is expected to vote Wednesday on whether to establish a 10-person investigative commission, similar to one set up after the terrorist attacks of Sept. 11, 2001. The top Democrat and Republican on the House Homeland Security Committee, Reps. Bennie G. Thompson (D-Miss.) and John Katko (R-N.Y.), hammered out the agreement after months of partisan squabbling over its scope.

Democrats wanted to keep the investigation narrowly focused on Jan. 6 and wanted their members to have a membership advantage as well as rights to issue subpoenas without Republican support. They gave in on the latter two measures but kept the scope limited. Republicans wanted it to include investigations into damage and violence from last summer’s Black Lives Matter protests, a proposal Democrats refused to take up.

A separate vote will be held Thursday to fund $1.9 billion in payments to respond to the day. About one-third of the funding will provide back payments to the Capitol Police, metropolitan D.C. police and the National Guard for the costs they incurred in responding to the riot.

About $500 million will go toward security measures to harden the Capitol and its office buildings with movable fences and reinforcements as well as to add security cameras. Additional funding will go toward preparing Capitol Police to respond to riot situations and providing security for members who are facing threats at home or in Washington.

Rep. Zoe Lofgren (D-San Jose), whose Committee on House Administration has held hearings on the insurrection, said the funding was badly needed but likely only the start of Congress’ response.

“There may be other things we’ll need to do down the road,” she said, “but there are some things that we know need to happen: Overtime occurred and [needs to be paid], and there is some physical things that need to be accommodated in the building itself.”

Republican leadership is not whipping the vote on the commission, meaning they won’t encourage members to vote one way or another, according to a spokeswoman for Minority Whip Steve Scalise (R-La.). There are no current plans to whip the supplemental, either, she said.

There is an expectation that some Republicans may oppose the commission because of its narrow scope and its potential focus on GOP lawmakers in the run-up to January. Former House Republican Conference Chair Liz Cheney (R-Wyo.) has publicly said House Minority Leader Kevin McCarthy should “absolutely” testify on his discussions with then-President Trump during the attack. Rep. Jaime Herrera Beutler (R-Wash.) said McCarthy recounted Trump telling him that the rioters were “more upset about the election than you are.”

The simmering tension was brought back to the surface last week by the House Republican conference’s removal of Cheney from her leadership position over her repeated statements that Trump was responsible for the violence and should be expelled from the party, as well as comments from Clyde, who downgraded the violence.

“If you didn’t know the TV footage was from January the 6th, you’d actually think it was a normal tourist visit,” Clyde said in a committee hearing.

He had a very up-close view of the violence: He was one of the lawmakers who helped barricade the door to the House floor as a rioter smashed the glass.

And Democrats are particularly concerned about the actions of Greene. She was seen by Washington Post reporters aggressively confronting Ocasio-Cortez in the Capitol. CNN later uncovered 2-year-old video of Greene yelling at Ocasio-Cortez’s office doorway.

“She’s going to continue. She’s going to go after Ocasio-Cortez more,” Gomez said. “I think that’s her way. It can spill into a kind of dangerous territory if her own followers follow her example.”

Greene defended her actions to reporters, saying she wants to debate Ocasio-Cortez on policy issues and that Democrats should treat fellow lawmakers “civilly.”

“But ever since Jan. 6, they can’t even treat us with respect,” she said. “And we were just as much victims of the riot here, too. We didn’t cause it.”

Gomez has 73 cosponsors on the resolution to expel Greene and will have an opportunity to force a vote, though the timing is uncertain. The effort is unlikely to succeed, as two-thirds of the House would have to support it.

Swalwell said Greene’s staffer shouted at him to take off his mask, and Swalwell told him not to tell him what to do, with some expletives, he said on CNN Saturday, recounting the interaction.

“This is a place that needs to start functioning again; it needs to recognize the truth of what happened on Jan. 6th,” he said. “This is just more distraction.”