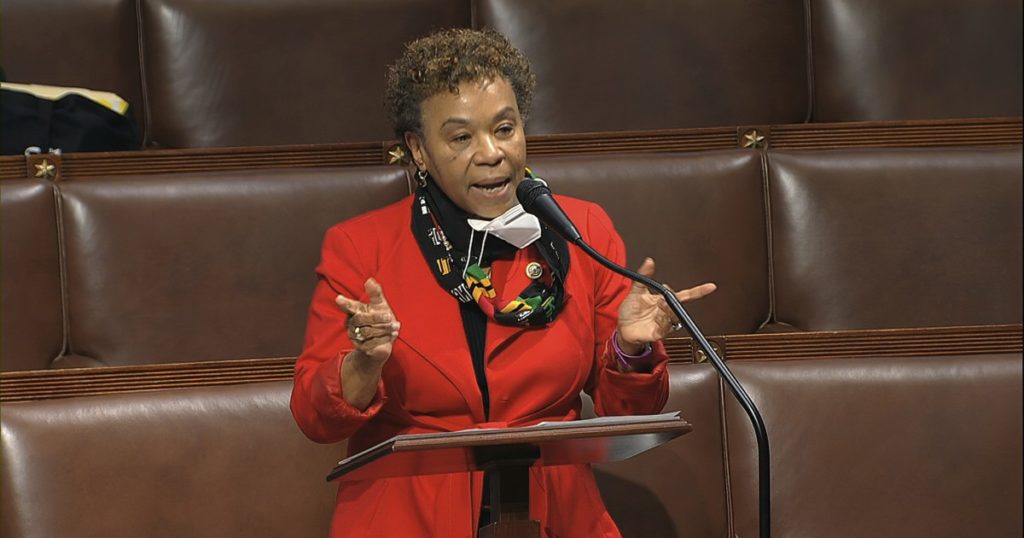 The House passed a resolution Thursday repealing the nearly 20-year-old authorization for the use of military force against Iraq, which presidents have ever since invoked to justify military action in the Middle East without consulting Congress.

Sponsored by Rep. Barbara Lee (D-Oakland), H.R. 256 would repeal the Authorization for Use of Military Force Against Iraq Resolution of 2002. Lee was the lone voice in Congress opposing granting the president’s initial widespread authority to use military force in response to the Sept. 11, 2001, terrorist attacks.

She has tried for 19 years to get Congress to reassert its constitutional authority to declare war, part of a long-standing power struggle between the executive and legislative branches.

Lee previously added repeal of the authorization to major defense spending bills, and it has even passed the House a few times, before dying in the Senate. But now momentum seems to be on her side.

Earlier in the week, the White House announced that for the first time a sitting president supports the repeal to the 2002 authorization, adding that doing so will “likely have minimal impact on current military operations.”

Lee told The Times she hopes support from President Biden will ease the bill’s passage in the Senate.

“If the president said he doesn’t need it and this is long overdue, then why would the members of the Senate want to not support repealing it?” Lee said. “The war is over, so I can’t imagine the argument for supporting maintaining the use of force as it relates to Iraq. It has no impact on current military operations at all.”

Sens. Tim Kaine (D-Va.) and Todd Young (R-Ind.) are shepherding a version of the bill through the Senate, which repeals the 2002 authorization as well as the 1991 authorization — still in effect — that paved the way for the first Persian Gulf War. Backers of the bill hope to get it to Biden’s desk by September.

Young said in a statement that terminating old authorities for presidents to act without Congress’ explicit permission “is as important as any decision to wage war.” Congress has repealed just one of the four authorizations for the use of military force that it has approved under the War Powers Act of 1973.

“Congress must assert its rights as a co-equal branch of government and ensure that our brave men and women in uniform are sent into war with the full backing and support of the American people’s elected representatives in Congress,” Young said.

The Senate version of the repeal is scheduled to be considered by the Senate Foreign Relations Committee next week. Kaine has said he hopes it will come to the Senate floor later this summer, ahead of the 20th anniversary of the Sept. 11 attacks.

Senate Majority Leader Charles E. Schumer (D-N.Y.) on Wednesday pledged a vote on the resolution this year, and for the first time announced he supports repealing the 2002 authorization.

Lawmakers and outside groups that have opposed repeal in the past have been largely silent this time.

Taking it off the books is important because future presidents might use the open-ended authorization in the future, Schumer said. For example, the Iraq War officially ended in 2011, but the authority was used as recently as 2020, when Trump cited it as part of his justification for not consulting Congress before ordering an airstrike that killed Iranian Gen. Qassem Suleimani in Baghdad.

Legal scholars and foreign policy experts questioned whether it was a valid use of the authority.

But some in the GOP still oppose a repeal. Senate Republican Leader Mitch McConnell of Kentucky on Thursday called the 2002 authority “an important legal foundation” for fighting terrorist groups with ties to Iraq and called the repeal “reckless.”

What started as a lonely quest for Lee in 2001 as the only House member to oppose authorizing force in Afghanistan after the Sept. 11 attacks gradually gained allies over the last 20 years as opinions about the war shifted.

First, she was joined by two fellow California Democrats, Reps. Maxine Waters of Los Angeles and Lynn Woolsey of Petaluma. Then other members flocked to join the Out of Iraq Caucus, and support began coming in from Republicans such as the late Rep. Walter Jones of North Carolina.

In time, veterans and grassroots activists demanded to know why Congress had provided such open-ended authority to the president and why the United States was still in Iraq after it was shown that the basis for invading the country — the supposed stockpile of weapons of mass destruction by dictator Saddam Hussein — was incorrect, she said.

The few American troops remaining in Iraq are involved mostly in training and protecting the U.S. Embassy and other facilities.

Lee said she will continue pushing to repeal the earlier 2001 authorization that gave the president open-ended power to use the military against those who “planned, authorized, committed, or aided the terrorist attacks that occurred on September 11, 2001, or harbored such organizations or persons.”

Presidents Obama and Trump each used that authorization to justify military action around the world, including fighting militants in Libya and Niger, and for drone strikes in Pakistan, Yemen and Iran. The Congressional Research Service, citing unclassified documents, found that the authority had been invoked at least 41 times in 19 countries.

Lee has suggested setting an eight-month timeline for the president to outline why an ongoing authorization is needed 20 years after the Sept. 11 terrorist attacks and how it would be used. While the White House has signaled that Biden would be open to discussing repealing or replacing other open-ended authorities, without specifically naming those approved in 1991 and 2001, terminating the 2001 authorization will likely face a tough battle.

Biden has ordered military leaders to fulfill Trump’s timeline of withdrawing American forces from Afghanistan by Sept. 11 of this year.