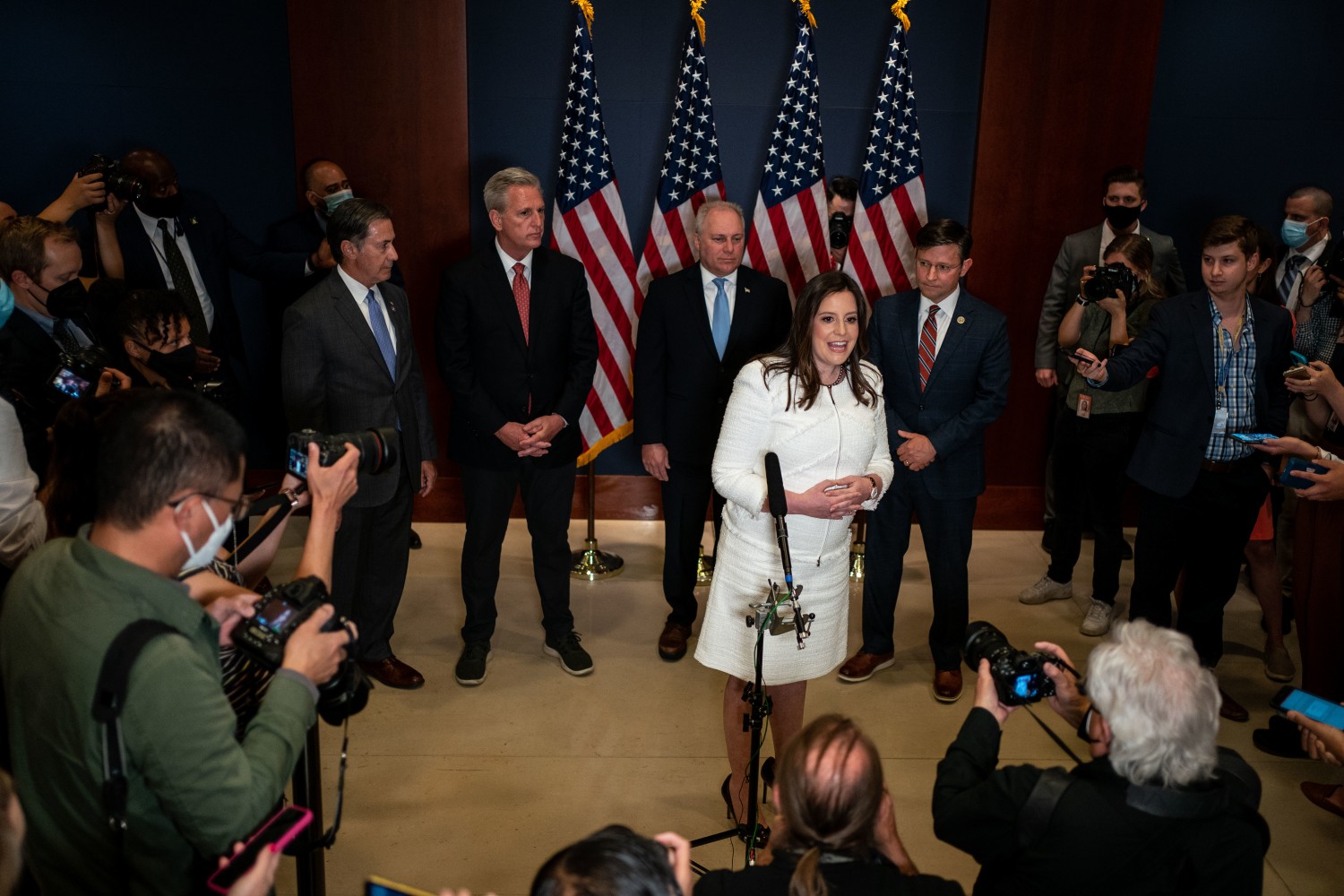 House Republicans on Friday elected Rep. Elise Stefanik to their No. 3 leadership post, elevating a moderate legislator and ardent supporter of former President Trump who promised to unify the fractured conference.

Stefanik (R-N.Y.) replaces Rep. Liz Cheney (R-Wyo.), who was ousted earlier this week amid rising tensions over her impassioned opposition to Trump’s role in the GOP and his insistence that the election was stolen from him.

With their leadership team unified in their support of the former president, Republicans hope Cheney’s departure and Stefanik’s election will quell the divisions in the party over Trump. But that’s unlikely. Cheney has pledged to continue to do anything she can to ensure “that the former president never again gets anywhere near the Oval Office.”

Senior Republicans view Trump’s support as key to winning back the majority in 2022, and Trump has already threatened to play a role in primaries against those who supported his second impeachment trial.

Stefanik’s election itself was divisive. Conservatives, led by Roy, believe Stefanik is far too moderate for the job. While she is a supporter of the former president, she is among the Republicans most likely to buck her party in floor votes.

In a letter to House Republicans earlier this week, Roy listed what he viewed as problematic votes in Stefanik’s record, including opposition to the Republican tax bill in 2017, support for remaining in the Paris climate agreement and support for the Democrats’ bill to condemn Trump over a lawsuit against the Affordable Care Act.

Conservatives say Stefanik pledged to vote more often with the party as part of her campaign pitch.

“I hope that she stays true to the promises she made while she was campaigning to win this seat,” said Rep. Lauren Boebert (R-Colo.). “We don’t need the No. 3 in our party voting alongside with ‘the Squad’ on most of the prominent issues,” she added, referring to the nickname for four progressive female lawmakers.

In her first public comments after the vote, Stefanik tried to stress unity, pledging that Republicans would win as “one team.”

Republicans now say they will turn their attention to defeating Democrats in 2022 and making a case against Biden’s agenda.

“We had a great, spirited debate, and you know it was a good solid chunk of votes that I think agreed that we should have had a better process but we’re all united, and Elise is our chair,” Roy said. “Now we’re going to get busy, pointing out how the Democratic Party is destroying America.”