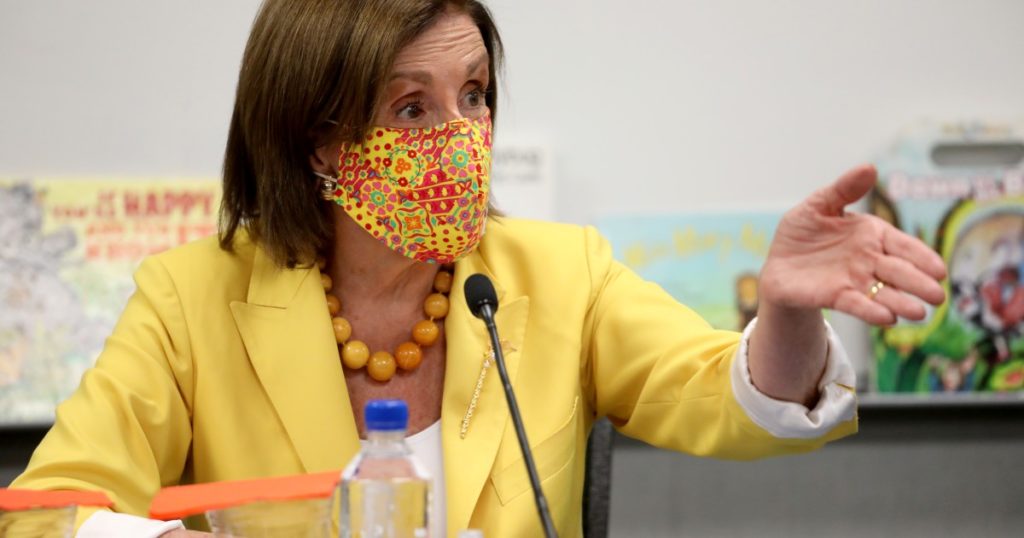 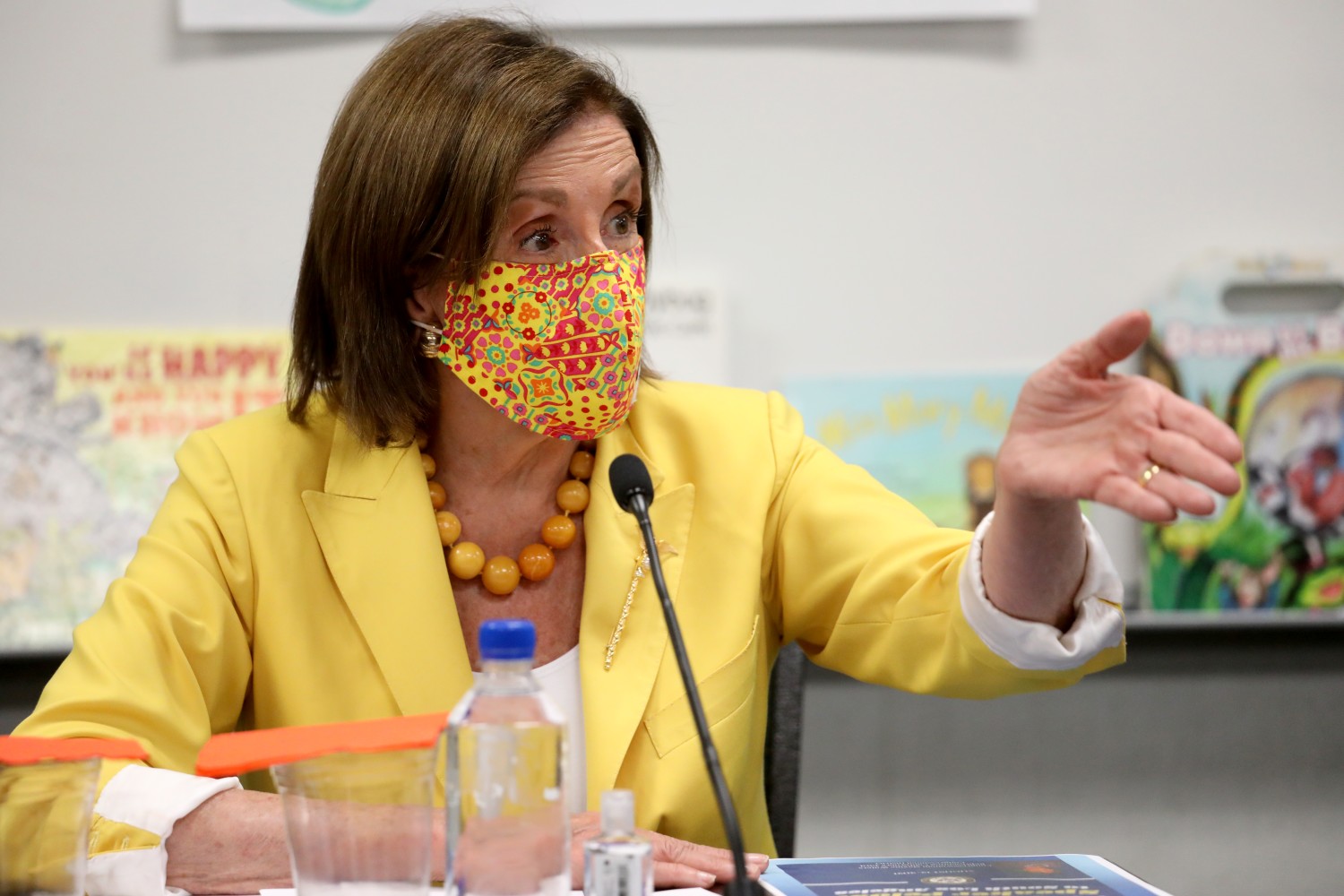 The House on Tuesday approved a budget resolution clearing the way for a massive $3.5-trillion social spending bill later this year.

Ten moderate Democrats had threatened to block the vote until the House first passed a separate bipartisan Senate infrastructure deal.

But Democratic leaders reached a deal Tuesday morning that moved the process forward, using an obscure procedural tool and setting a Sept. 27 deadline for passing that approximately $1-trillion infrastructure bill.

The tool, called a “deem and pass,” allowed Democrats to approve the budget resolution without holding a separate vote on it. Instead, by a 220 to 212 vote, they approved the rules governing debate of an unrelated voting rights bill, which included language declaring that the budget had passed.

Passing the budget resolution allows the committees to begin writing their sections of the $3.5-trillion reconciliation bill. Much of that work has already begun behind the scenes.

The Sept. 27 deadline for the House to pass the infrastructure deal — as well as the ongoing effort to reach agreement on the social spending bill — paves the way for a spectacularly busy September in Washington, when Congress already has deadlines to raise the debt limit and pass the federal budget. The Senate is scheduled to be out until Sept. 13. The House is not scheduled to return for votes until Sept. 20.

Democrats have given committees a soft Sept. 15 deadline to complete the details of the spending bill, expected to include funding for climate change and an expansion of child care assistance, paid family leave and Medicare. They hope to pass that measure in the House by Oct. 1. It has been billed as the largest expansion of the social safety net since the New Deal.

The Senate intends to pass the spending bill using the reconciliation process, which allows certain budget-related legislation to be approved with 51 votes — a number Democrats can reach with the help of independents and Vice President Harris — rather than the normal 60-vote threshold needed to overcome a filibuster.

House progressives had insisted on linking passage of the two measures to ensure the broader bill is passed, particularly since some moderates in the House and Senate have voiced concern about the cost.

Moderates have pushed to move the bills separately, fearing the potentially months-long delay would allow some existing infrastructure programs to expire.

“I’m very optimistic we’re going to get both done. I didn’t come here just to fix roads and bridges, which are very, very important. I came to help families too,”

Democrats control the House by a three-vote margin and cannot afford to lose either faction of their caucus. Leaders warned repeatedly that Biden’s domestic agenda was in peril if moderates blocked Tuesday’s vote on the budget resolution. They say they will try to time passage of the two bills together to keep all of their members united.

“At the end of the day the most important thing is, as Democrats, we remain united behind the objectives that have been set by President Biden,” House Democratic Caucus Chairman Rep. Hakeem Jeffries (D-N.Y.) said. “Democracy is messy, and Democrats are not a cult, we’re a coalition.”

Moderate Reps. Henry Cuellar (D-Texas) and Jim Costa (D-Fresno) said they were satisfied that Democratic leaders had agreed to a September date for the infrastructure vote, and that Speaker Nancy Pelosi (D-San Francisco) assured House moderates that they would not be asked to support a costly spending bill that may hurt them politically only to watch the proposal die in the Senate, a position they’ve found themselves in before.

“I think it’s important to those of us who are moderate Democrats to make sure that our voices are heard. We are representing our constituencies,” Costa said.