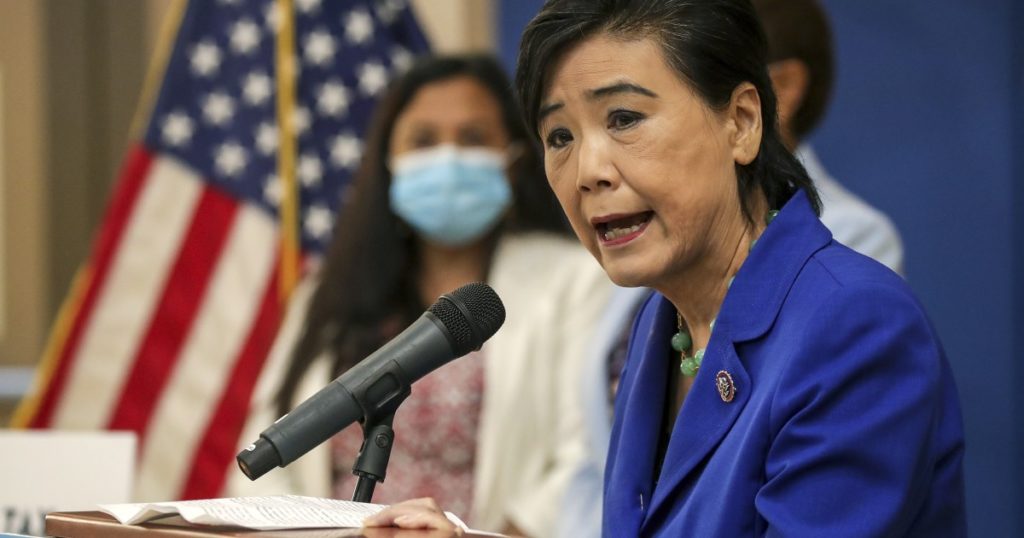 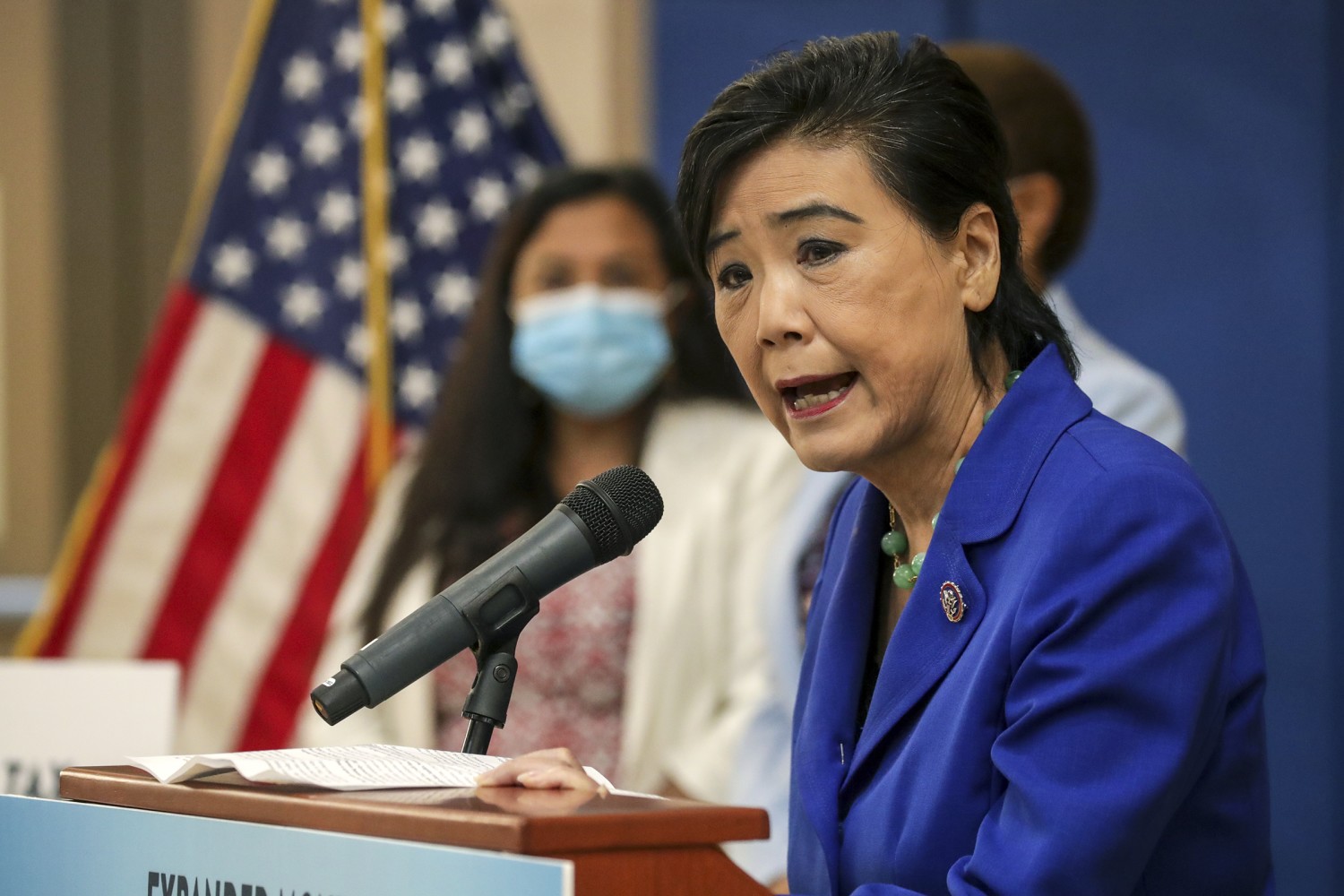 Eight years ago, even when Democrats controlled the White House and Justice Anthony M. Kennedy was viewed as a reliable Supreme Court vote to protect abortion rights, Rep. Judy Chu was already preparing for the day when a future conservative bench would roll back them back.

The Monterey Park Democrat, along with Sen. Richard J. Blumenthal (D-Conn.), in 2013 began writing a bill that would legalize abortion nationwide until about 24 weeks of pregnancy, in essence making the Roe vs. Wade decision federal law and eliminating Republican-led states’ ability to block access to the procedure before viability of a fetus.

Democrats are taking the bill off the shelf now that the Supreme Court — which moved sharply to the right in recent years with three Trump appointees — allowed Texas to enact a prohibition on abortion after about six weeks of pregnancy.

“We thought this day would come when there will be a Draconian law that the Supreme Court will uphold,” Chu said, citing hundreds of abortion restrictions enacted by GOP-led state legislatures in the last decade. “Now is the time for it to have a vote on the floor.”

Speaker Nancy Pelosi (D-San Francisco) said the House will vote later this month on the legislation. Chu and her allies have counted 217 yes votes, enough to pass. But it stands no chance in the Senate, where backers believe they have 50 votes, far fewer than the 60 needed to overcome a filibuster.

The bill codifies what has been Supreme Court precedent for nearly 50 years. Ever since the 1973 Roe decision and a follow-up 1992 case, states have been prohibited from enacting restrictions that place an undue burden on access to abortion before fetal viability.

It will serve as the Democrats’ policy foil for the Texas law as the nation enters what is likely to be the biggest abortion debate in three decades.

Republicans oppose Chu’s measure, saying Democrats are using this as an opportunity to expand access to abortion by overturning existing state laws.

“Biden Democrats’ anti-life, anti-democracy attack on Texas and other pro-life states proves how out of touch they are with the American people,” said Marjorie Dannenfelser, president of the Susan B. Anthony List, which opposes abortion.

“The Texas Heartbeat Act is a response to 50 years of Supreme Court interference in states’ legitimate interest in protecting life and their right to debate and pass laws reflecting their people’s values,” she said.

Democrats are already leveraging the Texas law — and copy-cat efforts underway in other Republican-controlled states — on the campaign trail, a refrain that’s likely to ramp up ahead of the 2022 midterm elections.

Gov. Gavin Newsom warned that if he loses his recall election, a Republican governor could try to enact a similar law in California. (The Democratic-controlled Legislature would all but certainly block such an effort.)

Several Republican governors, including some who may run for president in 2024, such as Florida Gov. Ron DeSantis, said they would push their state legislatures to enact legislation similar to Texas as soon as they can.

The state law authorizes any private person — including those with no relation to the doctor or the patient — to sue a physician or any other person involved in an abortion for violating the measure. If successful in court, those suing may receive a minimum of $10,000 in fines plus legal costs.

The law’s opponents say it could even prompt action against someone who donates to a group that provides access to abortion or an Uber driver who transports a patient to a clinic.

Texas state officials are specifically prohibited from enforcing the law, a provision that has complicated efforts to block it.

Abortion rights supporters praised the lawsuit but said the administration needs to do more.

“Reproductive freedom is on the precipice and it is critical that the White House make their support for the Women’s Health Protection Act unmistakably clear,” said Kristin Ford, an acting vice president at NARAL Pro-Choice America. “This critical legislation is the best way to safeguard reproductive freedom in Texas and across the country.”

In the Senate, the bill has 48 co-sponsors, and Democrats hope they will pick up the votes of Republican Sens. Susan Collins of Maine and Lisa Murkowski of Alaska, both of whom support abortion rights. Collins, when asked by local TV station WGME about the Texas law, indicated she would support an effort to codify Roe, but didn’t explicitly endorse the bill.

Two Senate Democrats, Sens. Joe Manchin III of West Virginia and Bob Casey of Pennsylvania, have not co-sponsored the bill. Casey has said he opposes the Roe decision, and Manchin opposes abortion rights.

Blumenthal said Senate Majority Leader Charles E. Schumer (D-N.Y.) should bring the bill up for a vote, even if it will fail, to force lawmakers to stake a position. He expressed hope that the issue would give momentum to some Democrats’ push to do away with the filibuster.

“I think my colleagues, maybe on both sides, are going to see the urgency and desperation of women in states where similar statutes are adopted and it could prompt a real upheaval,” he said.

In addition to the lack of adequate support in the Senate, even if the Democrats’ bill became law, it would likely face a stiff legal challenge in the courts.

Democrats say the bill has been scrubbed by abortion rights groups and their lawyers, who are confident it would stand up to scrutiny.

“It has gone through a lot of vetting by constitutional attorneys [who] feel that this will hold up to any challenge,” she said.

But much will depend on what the Supreme Court does in future cases. Justices are scheduled to review a Mississippi abortion law this term, and many experts predict a majority may use the case to rein in or even overturn the Roe decision.

If justices overturn Roe and say there is no individual right to an abortion, the court may leave Congress with no grounds to protect a right that doesn’t exist.

Legal experts say Congress appears to have only two sources of constitutional authority for a federal law protecting abortion.

First is the 14th Amendment and its protection for individual rights and liberty. That amendment empowers Congress to “enforce” its promises through “appropriate legislation.”

But if the Supreme Court were to rule that abortion is not a right or liberty protected by the 14th Amendment, it could then strike down the new federal law on the grounds that Congress had no such authority.

Alternatively the outcome could turn on Congress’s power to “regulate commerce … among the states.” During the 20th century, Congress used this power broadly to protect workers’ rights, civil rights and the environment. But the more conservative Supreme Court has moved to rein in this authority.

In 2012, five justices voted to strike down the Affordable Care Act and rule that Congress exceeded its commerce power by imposing a national mandate to have health insurance. The law was saved, however, when Chief Justice John G. Roberts Jr. decided the mandate could be upheld as a tax measure because it was enforced through a tax penalty.

Even so, it remains unclear whether a majority of justices would agree that Congress’ commerce power extends to protecting doctors and clinics that perform abortions.